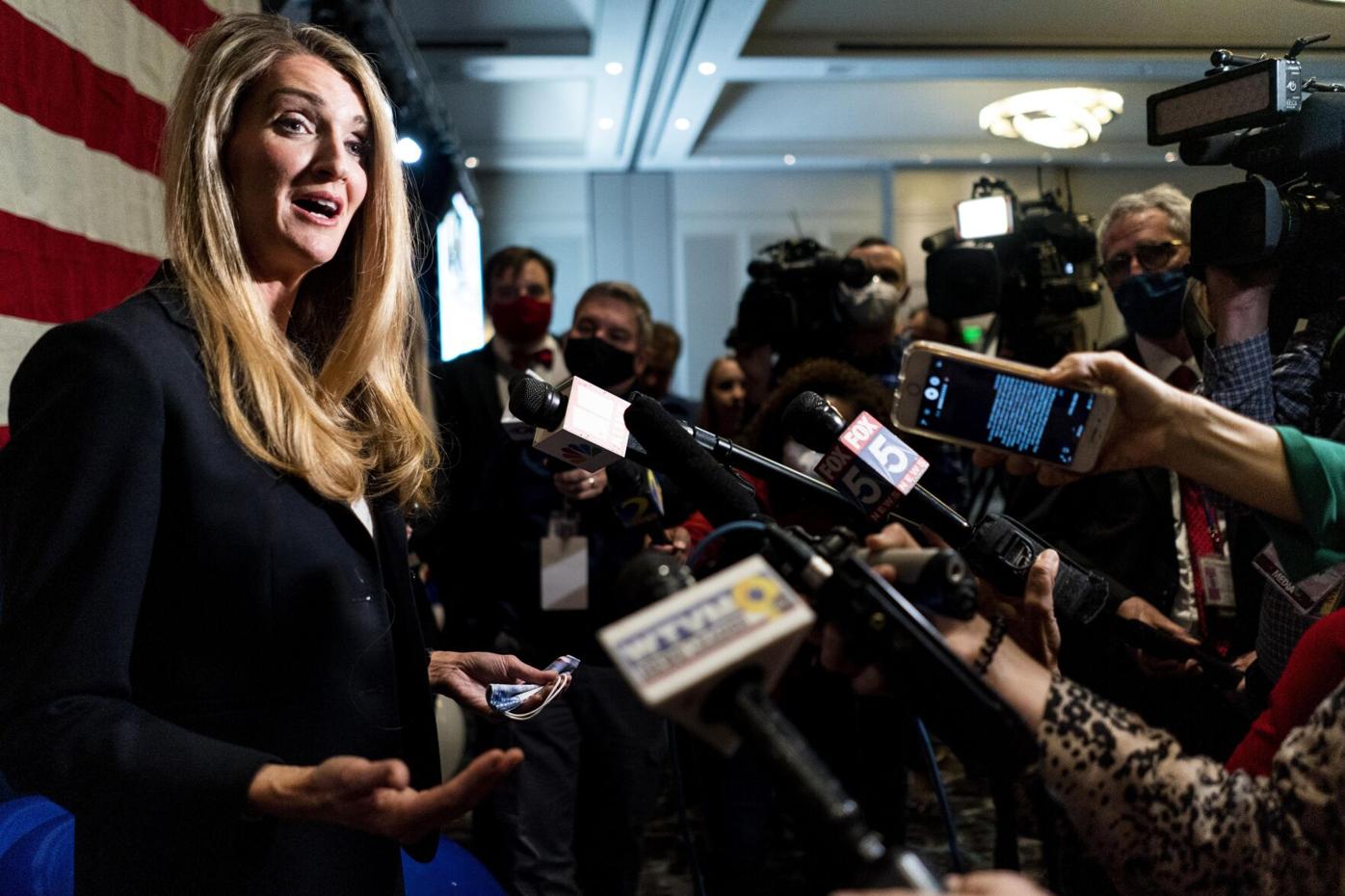 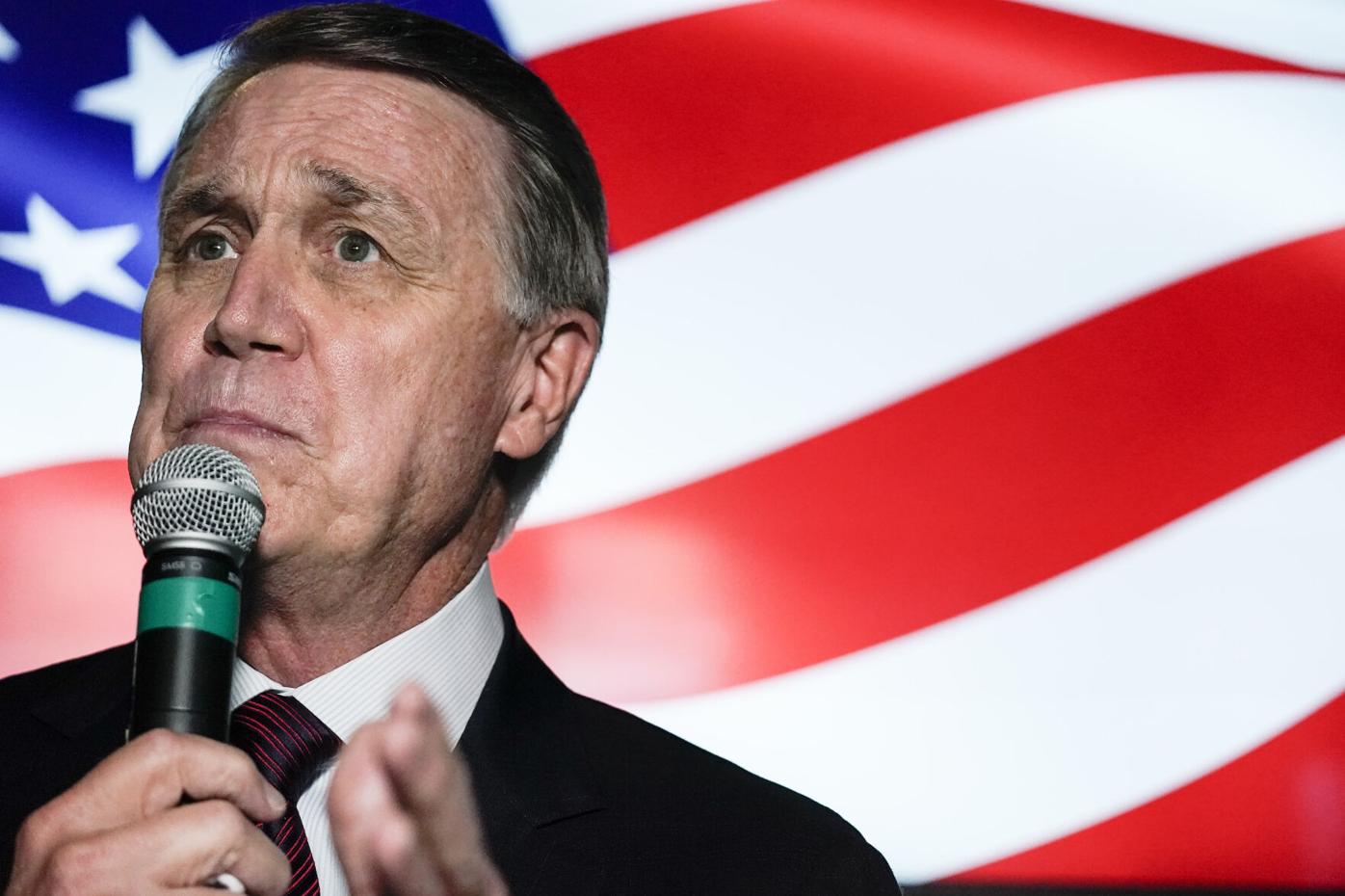 GRIFFIN, Ga. — Sen. David Perdue was encouraging a crowd at a gun club south of Atlanta to support him and fellow Republican Kelly Loeffler in their bid for Georgia’s Senate seats, which he called the only thing standing between America and “a radical socialist agenda.”

But five minutes into the senator’s speech, a man interrupted.

The Republican candidates in Georgia’s dual Senate runoff campaign are navigating a highly unusual political labyrinth — caught in the middle of an intraparty war that has erupted since President Trump narrowly lost the state to President-elect Joe Biden and has turned his fire on the Republican leadership there.

The infighting now threatens to turn off the very Republican voters Perdue and Loeffler need to stave off challenges from their Democratic rivals, Jon Ossoff and the Rev. Raphael Warnock.

Trump and his allies have repeatedly, and falsely, accused Georgia Secretary of State Brad Raffensperger and Gov. Brian Kemp, both Republicans, of presiding over a fraudulent election. Trump has pushed the baseless claim that the Dominion Voting Systems machines used in Georgia were rigged as part of a global conspiracy, and Perdue and Loeffler have called for Raffensperger’s resignation.

But therein lies the conundrum: Perdue and Loeffler are traveling the state pleading with Republican voters to turn out on Jan. 5 — effectively asking Trump supporters to put their faith in the same voting system their president claims was manipulated to engineer his defeat.

“What did (Trump) get, 73 million votes? Those folks don’t just disappear. Trump’s blessing goes far here,” said the Rev. Benny Tate, of Rock Springs Church, who has been traveling with Perdue on campaign stops and prayed before Monday’s event. “There are folks that didn’t come out to vote necessarily Republican, they came out to vote for Donald Trump. I think it’s imperative that (Perdue and Loeffler) do get the Trump voters back. I think it remains to be seen whether they actually come back.”

Loeffler and Perdue are walking what one Republican strategist called “a high-wire act right now, to figure out exactly where the candidates should be relative to the president.”

Complicating the senators’ pitch to voters is the call by some Trump advocates for voters to protest the voting system in ways that some GOP strategists fear will merely result in effective votes for the Democrats.

One prominent Trump ally, Atlanta attorney Lin Wood, who unsuccessfully sued Georgia election officials to stop the certification of the vote, has urged Republican voters not to vote in elections with Dominion machines.

Wood has attacked Perdue and Loeffler for not doing enough to help, and told his 631,000 Twitter followers last weekend that if the senators don’t step up their support, he would take a pass on Jan. 5.

“If not fixed, I will NOT vote in GA runoff,” he tweeted.

Asked whether his efforts would depress GOP turnout, Wood told The Washington Post via email that the Dominion machines “have no integrity” and insisted that “Georgia can vote by written ballot if necessary in January.”

Raffensperger, among the most outspoken who have said such talk will hurt Loeffler’s and Perdue’s chances, expressed exasperation at Wood’s comments. A statewide audit of the presidential result, in which every ballot was recounted by hand, disproved the claims about the voting machines.

“I really don’t know what he’s thinking,” Raffensperger said in an interview. “If the people don’t use the machines then I guess they vote absentee and then their ballot will be scanned on a Dominion machine,” he said. “People need to get a grip on reality.”

Nonetheless, support for the claims being spread by Trump and his supporters is clearly strong in the state’s GOP base.

Hundreds of people attended “Stop the Steal” protests outside the Georgia Capitol and governor’s mansion on Saturday.

And the state Republican chairman, David Shafer, has echoed questions about the state’s voting system. He signed a letter along with the state party executive committee demanding fresh scrutiny of signature verification on mail-in ballots.

“We have grave concerns as to whether or not proper verification took place,” the letter said.

No evidence has surfaced that ballots with nonmatching signatures were counted.

The Perdue and Loeffler campaigns did not respond to requests for comment.

Perdue has privately pointed to the challenges of campaigning in the Trump era, and the potential benefit of running now without the president on the ticket.

Addressing donors on a conference call earlier this month, Perdue spoke of an “anti-Trump vote in Georgia” and said the runoff is about getting “enough conservative Republicans out to vote” who might have opposed the president’s re-election. Details of the call were shared with The Post by a person who provided a precise account of the discussion.

“I’m talking about people that may have voted for Biden but now may come back and vote for us because there was an anti-Trump vote in Georgia,” Perdue said. “And we think some of those people, particularly in the suburbs, may come back to us. And I’m hopeful of that.”

The odd political dynamics have come across in part through the absence of some potential campaign-trail headliners.

Trump has tweeted in favor of Loeffler and Perdue, but he has not committed to showing up on the campaign trail, though Vice President Mike Pence did lead a rally.

Kemp, the governor, has also avoided making any runoff campaign appearances on behalf of his state’s two Republican senators. The governor has been walking a line between supporting the integrity of the election result — he signed the certification on Friday of the presidential race votes — and agreeing that improvements can be made to signature verification and voter-identification rules. Kemp did not respond to a request for comment.

Republican strategists say they hope that some of tensions will fade in the weeks before the runoff, giving the party time to air enough attacks to tarnish the Democrats. They say Georgia remains a conservative state with a history of runoff campaigns going the GOP’s way. And the absence of Trump on the ballot could help win back suburban voters who rejected his style but still want to support conservatives.

One person who has been helpful for the two Senate candidates is Trump’s elder son, Don Jr., who tweeted that Georgians should “IGNORE” calls to boycott the runoffs.

“We’re not as divided as you think,” said one Republican strategist involved in the race.

Still, many Republicans remain concerned that the public hostility within the party — as well as efforts to foment distrust of voting — pose serious threats to Loeffler and Perdue.

And those tensions do not appear to be going away. Trump, for his part, has continued to push as recently as Wednesday the unfounded claims about Georgia’s voting machines.

Raffensperger hasn’t shied away from the divisions, either. His tenor hardened after Loeffler and Perdue called for his resignation — and after death threats began filtering in through social media to him and his wife.

Now, he makes no secret of his disdain for the unfounded attacks on him.

The Washington Post’s Josh Dawsey contributed to this report.