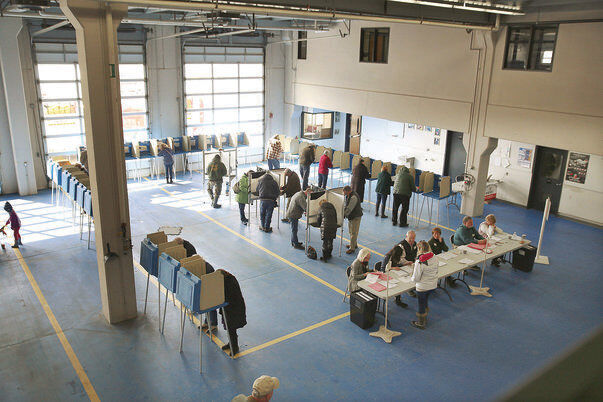 HOLLY PELCZYNSKI - BENNINGTON BANNER Voters head to the polls on Tuesday in Bennington at the Bennington Fire House. 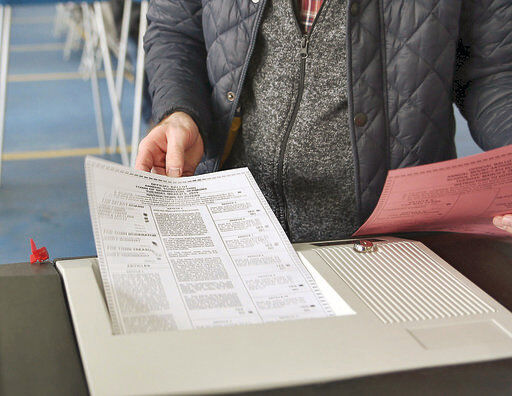 A voter hands in their ballot on Tuesday morning at the Bennington Fire Department during election day. 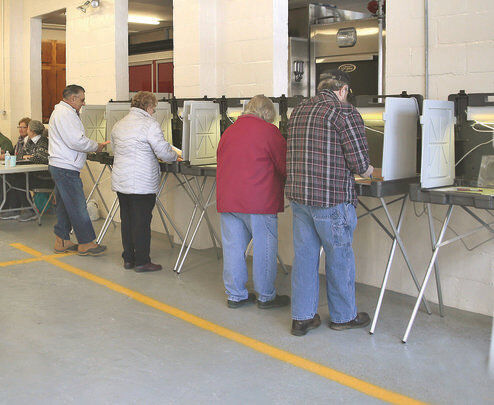 Voters in Shaftsbury cast their ballots on Tuesday morning at the Shaftsbury Fire House. 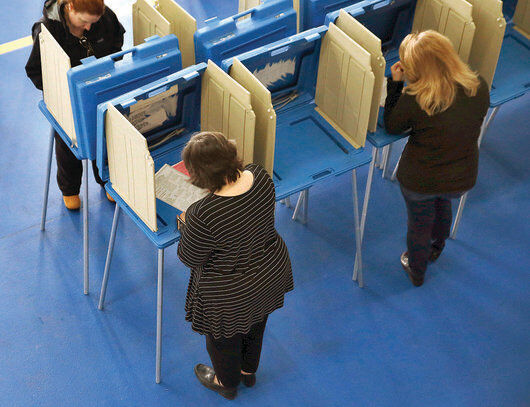 HOLLY PELCZYNSKI - BENNINGTON BANNER Voters head to the polls on Tuesday in Bennington at the Bennington Fire House.

A voter hands in their ballot on Tuesday morning at the Bennington Fire Department during election day.

Voters in Shaftsbury cast their ballots on Tuesday morning at the Shaftsbury Fire House.

BENNINGTON — Town voters have once again rejected the idea of a mayor for Bennington.

A proposed town charter amendment that would pave the way for a future switch to a mayoral format was shot down Tuesday by 306 votes.

The referendum was the fourth on the same topic to go before Bennington voters since 1998 — with each of the previous proposals going down to defeat at the polls as well.

"The mayor thing went down for the fourth time," said Town Manager Stuart Hurd, after the results were announced Tuesday evening. "That says to me, we don't want a mayor. But I don't speak for the people who favor it, and I can't predict whether it will be back sometime."

Hurd's position would have been eliminated and the duties of the manager would transfer to an elected mayor under the terms of the referendum proposal.

Reached after the vote, longtime mayoral format advocate Mike Bethel said he was disappointed but encouraged that the loss margin had narrowed over 2018. That ballot question was defeated with 1,483 against to 954 in favor.

Both of those earlier questions were nonbinding referendums.

Will he try again to install a mayor?

"Never say never," Bethel said. "That keeps them on their toes."

He added, "You never know what will happen over the next year," referring to recent store closings and the announcement that Southern Vermont College will close after the spring semester.

"I still think we could be doing better with a mayor," he said.

Bethel said he was more disappointed by the 22 percent voter turnout, which was below the 27.6 turnout in 2018.

"Win or lose, that is not good for the town," he said.

Placed on the ballot through a citizen petition circulated by Bethel and others, the proposed amendment [ www.benningtonbanner.com/stories/bennington-voters-get-another-mayor-question,566433] would have allowed the option of a subsequent vote on a mayor format, requiring another positive vote at a future annual meeting.

Select Board Vice Chairman Donald Campbell said of the mayor initiative, "I think it was a proposal that had a lot of flaws in it," adding, "I don't think it reflected what the people of Bennington want."

Campbell said that unlike formats used in several other Vermont communities, where the mayor has more of a ceremonial role, the initiative here proposed a "strong mayor" format. Residents have signaled they might support changes short of those proposed on the ballot this year, he said, such as having a format with both a professional manager and an elected mayor.

Bethel said this year's ballot question included changes to counter criticism from 2018 that the mayor position would be too powerful because he or she could veto any act of the Select Board and there was no veto override provision.

This year, the question included an override provision and specified a three-year term for the mayor.

Essentially, the amendment sought to replace the appointed professional town manager with an elected mayor, eliminating the manager's post, while other aspects of town government in the current charter would remain the same.

As in the past, advocates for a mayor argued that the town needs an elected leader who is more accountable to voters and someone who could be the point person on economic development and other issues.

Opponents argued that the format would leave the town open to election of a person with no experience in government or as a manager, who would have little grasp of governmental requirements.