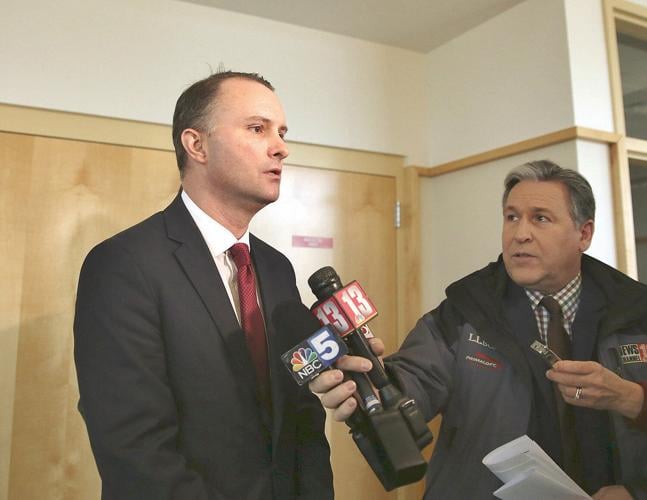 Vermont Attorney General T.J. Donovan speaks with reporters after the arraignment of Max Misch in Bennington on Thursday. 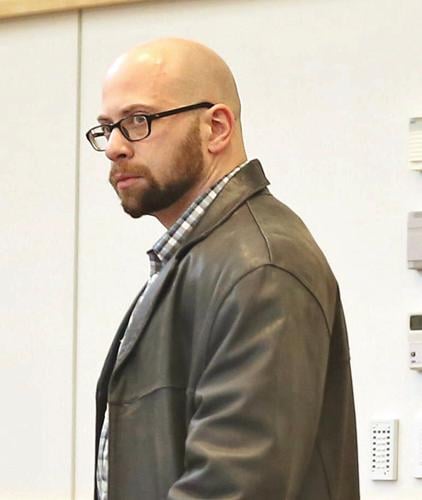 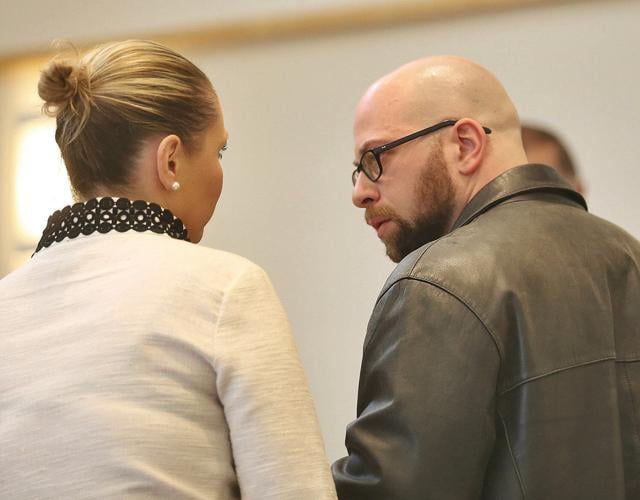 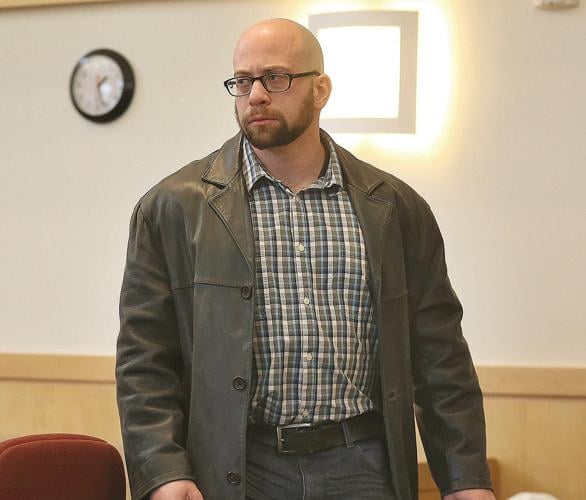 Vermont Attorney General T.J. Donovan speaks with reporters after the arraignment of Max Misch in Bennington on Thursday.

BENNINGTON — A Bennington man with ties to a local white supremacy group pleaded not guilty Thursday to two charges alleging that he purchased "large capacity ammunition feeding devices" that are illegal in the state of Vermont.

The Attorney General's Office charged Max Misch, 36, with two counts of unlawful possession of large capacity ammunition feeding devices, which were made illegal by legislation signed by Gov. Phil Scott in April 2018.

Misch was ordered to stay away from his ex-wife, as well as from former Bennington state Rep. Kiah Morris and her husband, James Lawton. The AG's investigation that concluded in January determined that Morris was the victim of racial harassment — much of it by Misch online and in person — but did not result in criminal charges due to lack of sufficient evidence and broad legal protections of the First Amendment.

Judge William D. Cohen agreed with prosecutor and Assistant Attorney General Ultan Doyle's suggestion that Misch surrender all of his firearms and other weapons to the Vermont State Police. Misch's attorney, Susan McManus, unsuccessfully argued that Misch has a Second Amendment right to own guns and protect himself from death threats he claims he has received.

Attorney General TJ Donovan, who appeared in Bennington to attend Misch's arraignment, said in a post-arraignment press conference that he believes Misch is the first person charged for violating this provision of the new weapons law.

"This has been going on too long..." Donovan said. "When people talk about stockpiling weapons and ammunition, talk about white supremacy, that concerns me . As I said, you can't view this as isolated acts. We are looking at the totality of the circumstances. This is new information that we received in January and we acted on it."

Donovan could not definitively say whether he believes more charges will be brought against Misch.

Cohen set bail at $400, $200 for each charge, and ordered Misch not to leave Bennington County without the court's permission.

The ammunition charges were brought forth by the Office of the Attorney General and probable cause was found. Misch is not incarcerated, but could face up to a year in prison and up to a $500 fine for each charge, if convicted.

"This, coupled with [Misch's ex-wife's] knowledge of white [supremacist] and neo-Nazi affiliations of Misch, prompted the therapist to report the information to law enforcement," states the affidavit.

In a Jan. 28 interview between Vermont State Police and Misch's ex-wife, she described Misch as "an intelligent man" with "a working knowledge of laws and personal rights." She said Misch has "a predatory nature" and "tries to intimidate people physically and through the internet."

Misch's ex-wife also told police that Misch assaulted her by strangulation in March 2016.

She says between September and November 2018, Misch purchased an AK-15-style rifle from the Bennington Armory, and in mid-November and early December 2018 she gave him a ride to the Runnings sporting goods store in Hinsdale, N.H. where he sought to purchase 30-round magazines for the rifle.

By reviewing the store's security camera footage, police were able to confirm Misch purchased these magazines. He used his ex-wife's credit card for the purchase because he forgot his money at home, she told police.

On Feb. 6, Slaney and Detective Lt. Reginald Trayah conducted an interview with Misch at the Bennington Police Department, where Misch confirmed the purchase of the rifle. When asked if he purchased magazines with the rifle, Misch said he bought two magazines for the rifle between April and October 2018, but he declined to answer any further questions after Slaney asked if he purchased any magazines after Oct. 1, 2018, the date the ban took effect.

A search warrant of Misch's home on the 300 block of Gage Street was applied for and granted on Feb. 6 by Cohen. Upon executing the warrant, Vermont State Police located two 30-round magazines, which were seized and placed into evidence.

Misch was released and cited to appear at court Thursday.

Conditions imposed on Misch by Cohen at the arraignment forbid Misch from purchasing, using, or possessing any firearms or dangerous weapons. He is also forbidden to have any physical or online contact with his ex-wife, Morris, or Lawton, and he must stay 300 feet away from these individuals.

He also must come to Vermont State Police to submit his fingerprints and be photographed within five days of his arraignment.

When asked if he believes Misch was going to use the illegal devices he purchased, Donovan responded that the AG office is "always concerned" about public safety and that is why there was probable cause for the charges.

There is no evidence to link the purchase of the magazines to "any of the statements going back to August of 2018," Donovan said, referring to threats made by Misch against Morris.

"That said, there has been an ongoing online dialogue, if you will, between Mr. Misch where he, as we know, references and makes racist, derogatory, demeaning statements against Ms. Morris and her husband," he said.

Donovan noted that due to this dialogue, it is important to look at the "totality of the circumstances" of the case.

"We don't view these as isolated incidents," he said.

When asked about McManus' comments about Misch's Second Amendment right to bear arms, Donovan responded that since public safety comes first, "those rights are diminished when there is a criminal charge opening where the court has found probable cause."

"The statute is very clear that you can impose these conditions, and the court did that today upon our request," he said. "These are conditions that will assure his appearance and address the concerns that the State of Vermont had."

It is unclear when Vermont State Police will seize Misch's weapons. Misch did not speak at the arraignment.

Donovan spoke to Lawton Wednesday night and alerted him to Misch's charges and court appearance. He spoke to Morris Thursday morning and said he had plans to speak to her again Thursday afternoon regarding the case.

Morris, who had been the only black woman in the Vermont legislature, has cited racial harassment from Misch as a reason for resigning from her House seat.