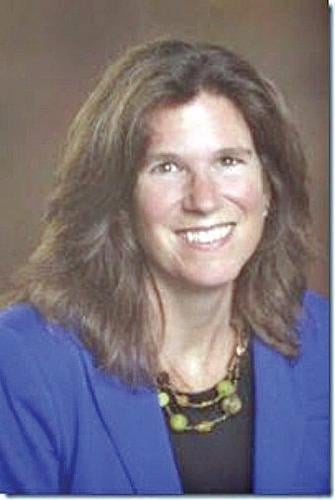 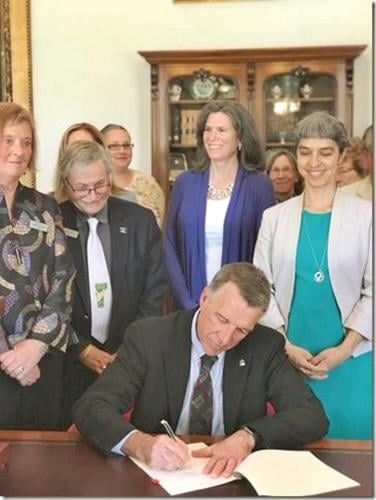 BENNINGTON — One year ago this month, Gov. Phil Scott signed into law a piece of legislation that moves Vermont a step further down the road to pay equity. On Monday, May 13, the Bennington Branch of the American Association of University Women will host a public meeting to celebrate a stubborn victory that will have an enduring impact on the economic lives of Vermont's workers, particularly women.

The new statute breaks a pattern of chaining future salaries — and eventually, retirement benefits — to often low-balled past salaries, by prohibiting employers from asking job candidates for their salary history. It is now imbedded in Vermont Labor Law as 21 V.S.A. 495m.

The meeting will be held at the Bennington Free Library at 7 p.m. The evening will begin with a celebratory toast of sparkling water and close with light refreshments.

The Bennington Branch of AAUW collaborated with national AAUW and with the Vermont Commission on Women (VCW) to press legislative committees to advance this bill into law.

"We are using this one-year anniversary to applaud our success and to welcome Cary Brown, VCW's executive director, to Bennington," Ruth Botzow, president of the Bennington Branch of AAUW, said in a media release.

Brown will speak about VCW's year-round work to improve the lives of girls and women in our state, how they learn about needs from communities statewide, and their priorities for the year ahead.

The Vermont Commission on Women, the only entity in our state that explicitly considers the broad implications of state policy and budget priorities for women is an independent, nonpartisan state commission governed by 16 commissioners and an advisory council that includes an AAUW representative from the Brattleboro Branch.

Brown, who served two terms as a VCW Commissioner before becoming its executive director in 2012, has worked as the director of girls' programs for Vermont Works for Women, a nonprofit organization supporting education, training and careers in nontraditional fields for women and girls, and directed the Women in Technology Project, a national award-winning summer technology camp for girls at Vermont Technical College. She earned her bachelor's degree from Haverford College, and a master's of public administration degree from Norwich University.