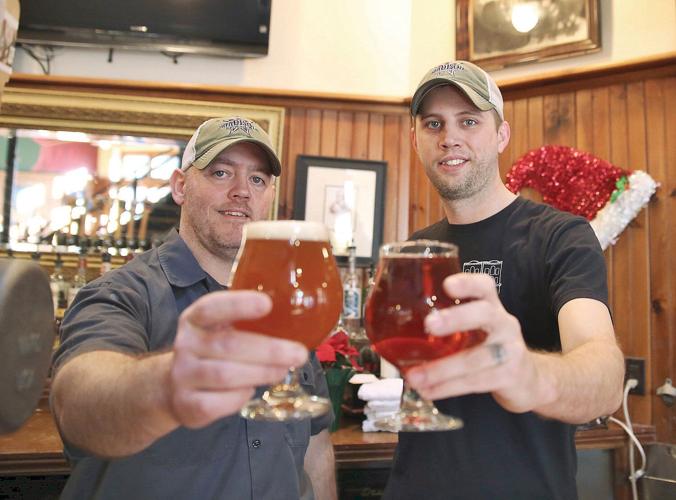 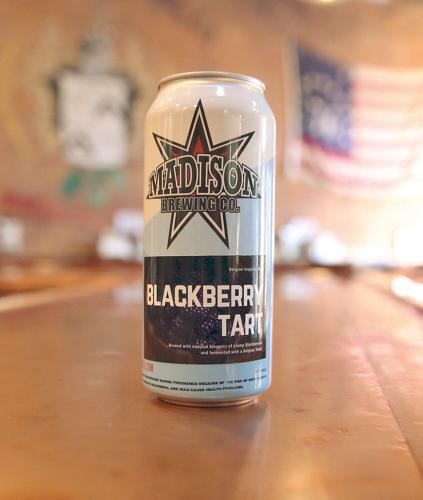 Blackberry Tart, entered as "sort of an afterthought," took second place in its category at the Great International Beer, Cider, Mead, & Sake Competition. 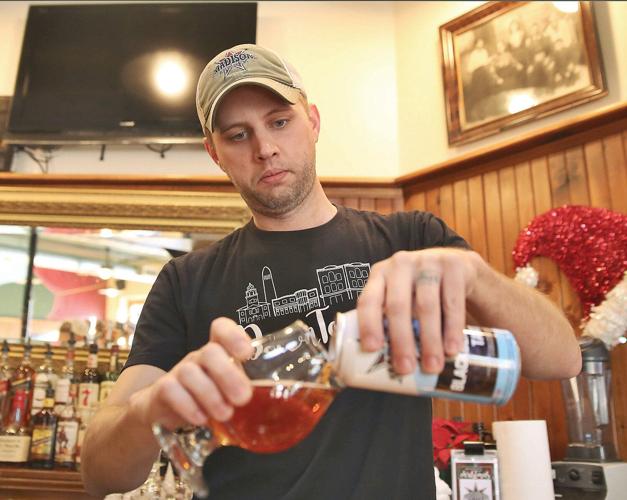 Blackberry Tart, entered as "sort of an afterthought," took second place in its category at the Great International Beer, Cider, Mead, & Sake Competition.

"Entering competitions is kind of a new thing for us," said Head Brewer Ross Richards.

"I think we set the bar pretty high," said Brewery Manager William Gardner. "While we'd like to win every [competition] and we sort of expect to win, I think we understand we've gotten good success this year."

The two agreed that Madison Brewing will certainly be entering more competitions as they come about.

The Great International Beer Festival was held Oct. 26 in Bridgeport, Conn. Breweries large and small worldwide submitted their brews in hopes to receive positive feedback from the judges. Madison Brewing submitted 15 beers and were among the likes of Sam Adams, New Belgium, and Sixpoint Brewery to have their beers judged.

"What's cool about this fest is the price point to enter is relatively low," Gardner said, explaining that some other beer competitions cost upwards of $350 per beer to enter. With a lower entry cost, the brewers have the opportunity to enter more beers for less.

The judges sample the beer in a blind taste test so they have no idea what beer they're tasting, said Gardner. In the Fruit and Spice category, each judge typically does not sample more than four beers, and the tastes are split between judges. There are a few rounds of samplings until the "Best of Show" round.

"It's quite the process," Gardner said. "It's actually judged over two weekends. It's taken seriously."

In January, Madison Brewing will attend a reception as part of an ale festival to receive the awards.

Harvest Pumpkin was created about four years ago and has morphed over time to become the popular brew it is today. One of the reasons Gardner believes it's in such high demand is the quality of ingredients.

"My biggest thing is fresh, fresh, fresh," Gardner said. "When I first did this, I asked to get some spices .typically we go in the back and see what we have on the spice rack."

Instead, Gardner went over to local natural food store Spice N' Nice and bought high-quality cinnamon, nutmeg ("Which I actually ground myself," he said), cloves, and fresh ginger— an ingredient he says makes "a huge difference."

Early on, the recipe just used pumpkin, which Gardner says had a "decent flavor." But around two years ago, part-owner Mel Madison raised the idea of using butternut squash. For awhile, the brewery used both pumpkin and squash in the beer, and then they decided to just use squash.

Forty pounds of butternut squash are used in each batch.

"And that one's really fun because the kitchen gets involved," Richards said. "We go in there, we cook it with them it's one of the few times the whole business can actually get together."

Not only is the brewing process fun, the smell is wonderful, Gardner said.

"The aroma ends up matching the time of year," Richards said. "It's great."

Harvest Pumpkin Ale is so popular, the brewery cannot keep up with the demand for cans.

"It sells roughly three times the speed of all our other beers," said Richards.

"Usually as we're putting it in the cooler, people are taking it out of our hands, which is kind of funny," Gardner said.

"It's good," Ross said. "We'll get special orders from it and everything."

"We always knew that people enjoy the beer, but it's nice to get the validation," Gardner said.

Madison Brewery feels an extra sense of pride that their small-town brewery placed so well in this category especially since they beat Sam Adams Pumpkin Ale, which took second place in the same category.

"You see those names around you; it's pretty humbling, it's pretty awesome," Gardner said.

"Sam Adams is not someone we're here to compete with," Richards said. "But it's really cool when you go in here as (a small brewery) and you're on par with these big breweries and you're doing it right."

Believe it or not, entering Blackberry Tart in the competition was "sort of an afterthought," according to Gardner. Employees had nearly finished packaging the 15 beer submissions and Richards had the idea to throw in the Tart as well.

"We threw it in as a last-minute extra," Gardner said.

Richards has a special connection to the beer; it began as a farmhouse saison in one of his own homebrewing adventures five or six years ago.

Much like the Harvest Pumpkin Ale, the flavor profile of Blackberry Tart has morphed and matured over time. Richards says it's brewed with German and Czech saaz hops, but the hops aren't necessarily what sets this beer apart from others.

"The big showstopper is the 210 pounds of blackberries," he said. "Mel [Madison] works to source those to find the ones we really want."

The beer did well at a couple of homebrew competitions Richards entered, and since he enjoys making it so much he pitched the idea to Madison Brewery.

"We got really crazy, started putting in more and more blackberries," he said. "I think it's leveled off pretty good. It's about a pound and a half per gallon."

It's also brewed with French saison yeast, which makes it similar to a Belgian ale with some different nuances.

"It's very farmhouse flavored— what you'd expect when something's unfiltered," he said.

It is the same sort of style as the Shires Saison, the brewery's recent Farm to Glass series brew. This beer launched late last month and so far has received positive reviews.

"The feedback I've heard first and foremost is the talk about it," Richards said. "So many come in here, ask about it, talk about it, at least take a sample. It's stirring up a buzz. It gets people engaged with what's going on in here."

These two awards aren't the only ones the brewery has received this year. In March, they took home two bronze medals from the Beer Wars competition in Nashville, Tenn. This time, the winners were the barrel-aged Nor'Beaster and the Chocolate Peanut Butter Stout.

"We were pretty excited about that," Gardner said. "Those are really our first two medals ever, and really, our first competition."

As the brewery gears up to begin distribution, employees are figuring out which beers to distribute in such a competitive market. Even though the craft beer market is so competitive, Madison Brewing has been given a heightened sense of confidence in their brews from their latest success in competitions.

"When you start going to competitions like that, it takes that popularity contest right out of the way," Richards said. "[Judges] have no idea whether it was yours, or Sam Adams, or their best friend's beer."

Stay tuned for a "pretty special" product for the holiday season, Gardner said. The brewery has not bottled beer before— just canned— but he hinted toward bottled brews as the upcoming holiday special.

Despite the "laborious process" of bottling, Gardner says the brewery is considering releasing bottles "maybe quarterly."

Also, stay tuned for a Dunkelweizen brew to make an appearance in Madison Brewing's rotation of German beers, and the wildly popular JU-C Double IPA to soon make a comeback as well.