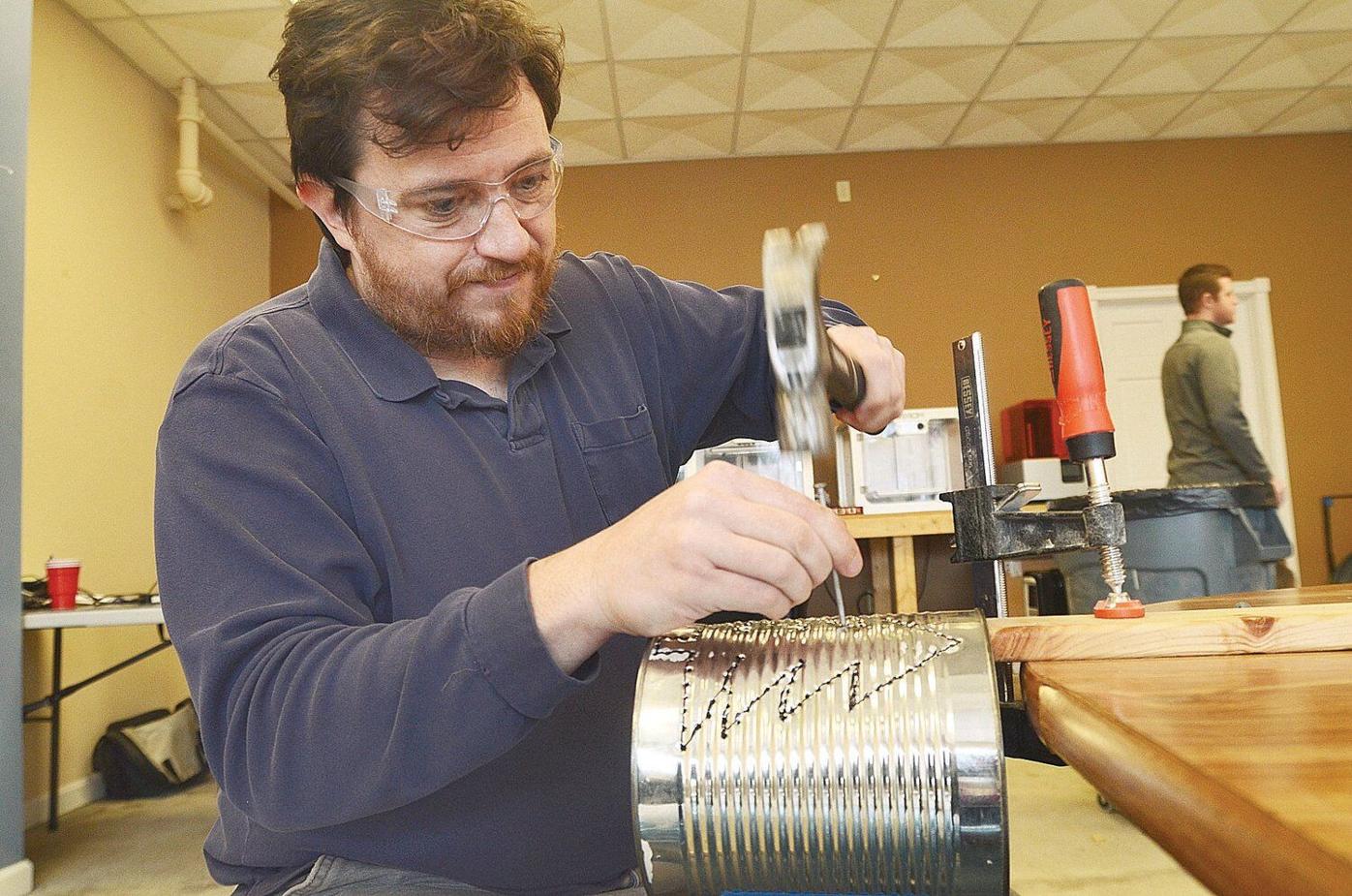 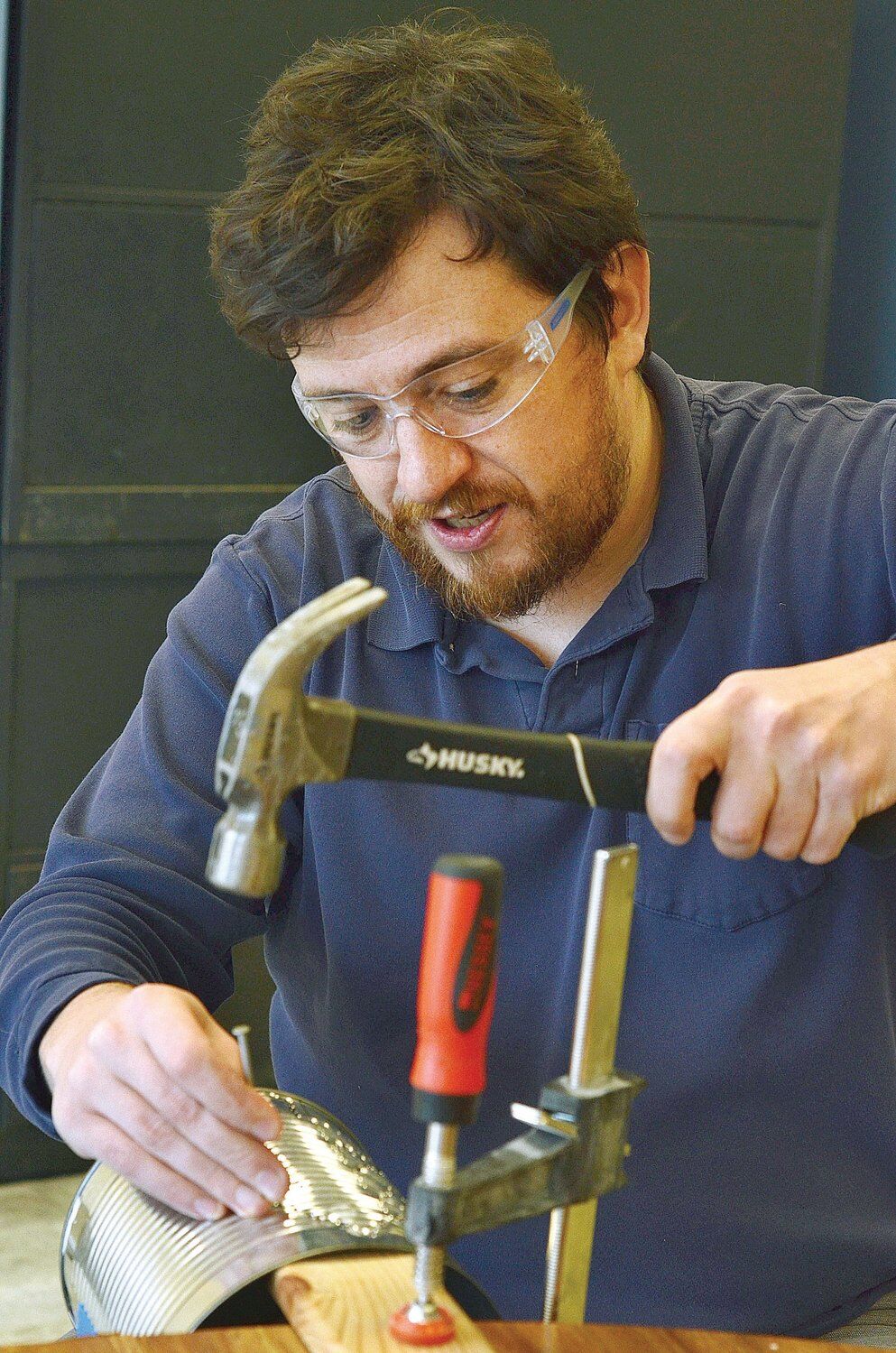 Those are some of the ideas coming to the newly created makerspace, a flexible, multi-use space at 239 Main St.

The Bennington Area Makers (BAM) has recently opened its doors and begun holding workshops in the 1,200-square-foot space. The next workshop, holiday lantern-making, is scheduled for today from 6-8 p.m. and Saturday, Nov. 23, from 10 a.m. to noon.

The lanterns will be made from tin cans and LED votives, and will line the path to the Vermont Veterans' Home as an addition to the tree lighting ceremony on Dec. 4, according to a media release.

The makerspace is the product of several grassroots community initiatives over the past few years. Since this fall, over 100 interested tinkers, entrepreneurs and crafters have shared their thoughts through in-person and online forums to create a vision, a space and initial activities for the makerspace, according to the release.

Involvement in the space isn't limited to traditional "makers."

"Making includes a lot of things," said Jeannie Jenkins, who sits on the BAM advisory board. "And some people see themselves as creative, and other people don't, but everyone has an interest in building creative and technical skills. As long as you have an interest in learning, then this is a space for you."

There will be some sort of fee-based structure for the makerspace, said James Salerno, a member of the advisory board who is providing the makerspace location along with his partner, Andy Kowalski.

"We haven't made a decision on that yet, but we're sensitive to the needs of the area, and we're going to try to keep membership as reasonable as possible," he said.

In the beginning, use of the space will be more workshop-focused than "just come in and use equipment," Jenkins said.

As organizers begin to identify communities of learners, the space will organically grow into more co-working and learning, she said.

The idea of a makerspace in Bennington has been around for a while, and depending on the group, there have been a lot of different ideas, Jenkins said.

"The idea's been out there, but I think what happened this time was, there's very good energy among several people who happen to be in the same room at the same time," she said.

She added that she feels the idea has "really gained momentum," this time, with more than 100 people on the email and Facebook groups for the makerspace, along with quality feedback, she said.

With the workshops, the idea is to bring in people that might have use for the makerspace, and "have them think about, how I can use this space, how can I make it my own?," Jenkins said.

Organizers have put out an online survey and held drop-in Thursday meetings, asking the public how they would use the space, she said.

"It's been pretty clear that what people really see as being vital to makerspace is a sense of community, and just the ability to talk to other individuals," she said. "There's just a tremendous amount of excitement around having people in the same space and sharing creative and technical skills, and sort of building and learning from one another."

The makerspace really brings an opportunity for people to learn together, Jenkins said.

"It builds community in a way that we aren't currently building community," she said. "It does allow people to have an interest and share it with others."

That interest could be on the teaching or learning side, "and I think both of those are really important," she said.

"It allows us to blur the lines between disciplines," she said. "The opportunity to be playful in your learning is something that we always want to encourage."

There have been multiple materials donated to the space, including computers, 3D printers and sewing equipment.

"We kind of took a two-pronged approach to sorting out what do we get and when," he said. "Because really, the community is going to drive what goes into the space."

BAM is envisioned as a place that feeds curiosity, supports discovery and encourages entrepreneurial development in the Bennington area through the intergenerational transfer of skills. The makerspace model also offers the opportunity for people from different disciplines, including the arts, science and technology, to collaborate on projects, according to the release.

The space offers a good opportunity for people to pass on knowledge, Salerno said.

"The way I see it, everybody in this area is talking about brain drain, and young people moving away, and lack of apprentices and people to train in skilled trades and crafts," he said. "It's also going to be a good space for people that have like different backgrounds if there's a project I don't have the skill set [for], by putting people with diverse backgrounds in the same room, you can get more ambitious projects done."

Future workshops at the makerspace include a Junk Jam, which doesn't have an official date yet.

"You bring your junk, everything from old laptops to clocks and watches, and you take things apart," Jenkins said. `"It's exciting to take things apart and see what they're made of, but then that gives you all these parts that you can build something [new with]."

The hope is to have that multi-day event in December, she said.

A Lego robotics workshop is also in the works, and that probably won't be until January, she said.

"These early events I think are more to create some excitement and let people know that this possibility exists," she said. "Engage the community and get them thinking about this great idea."

"It's really down to what skills the group wants, and what they want to share, and how do we put that together," he said. "It's kind of going to grow organically."