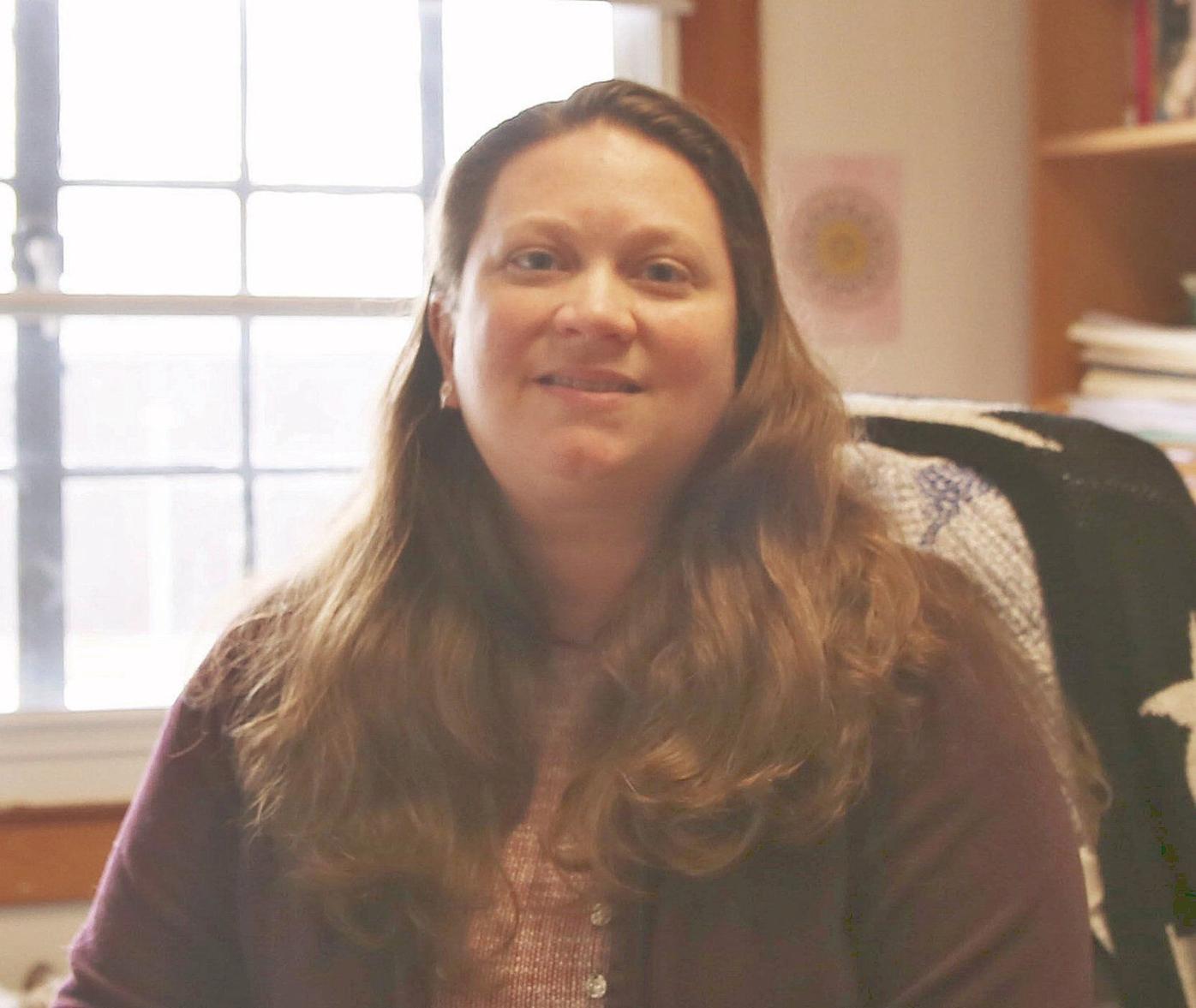 Debbie Warnock, sociology faculty member at Bennington College, co-founded FloW, a student-led group that provides community, resources and support to students at the college who are from first-generation, low-income and working-class backgrounds. 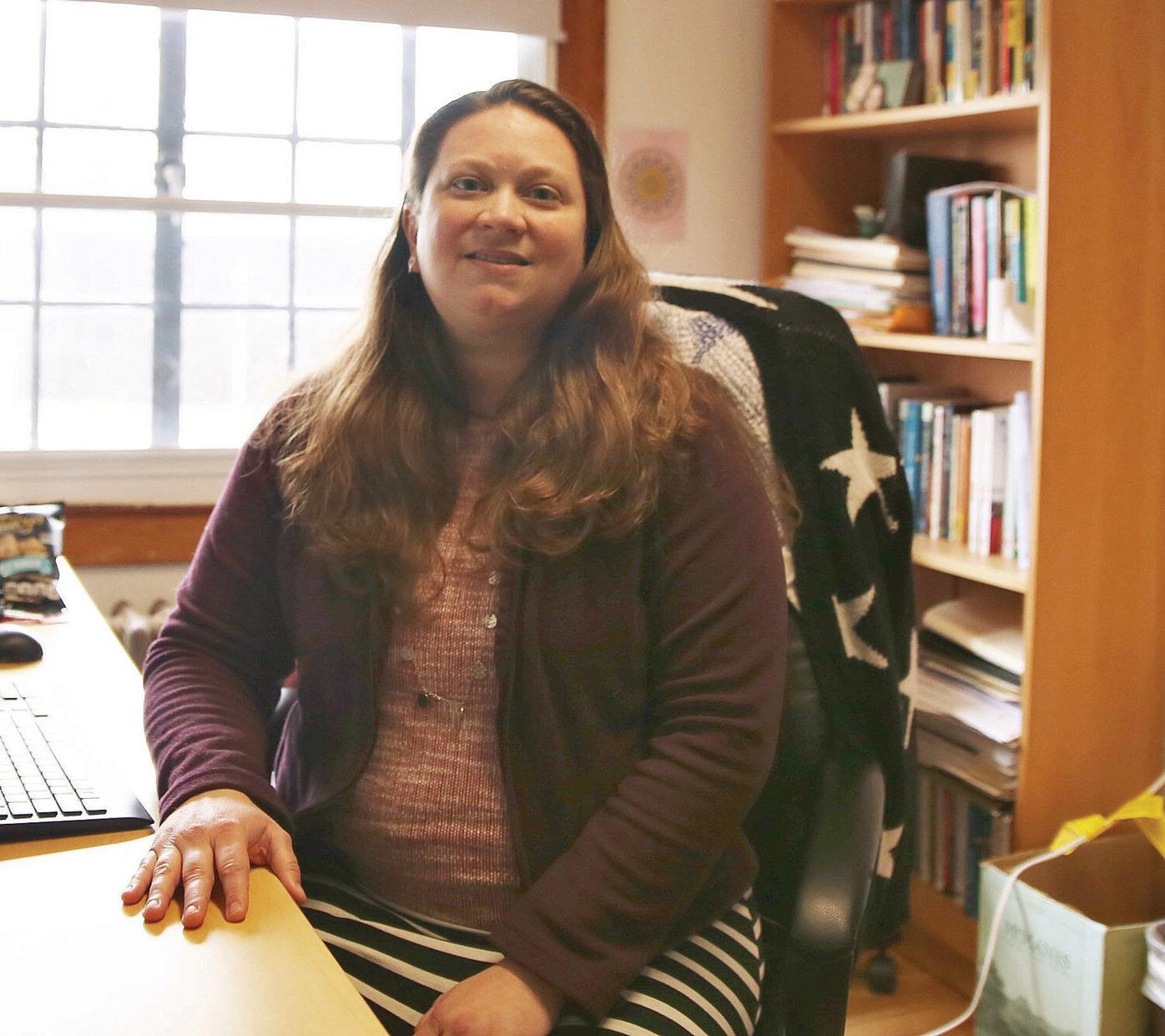 Debbie Warnock, sociology faculty member at Bennington College, co-founded FloW, a student-led group that provides community, resources and support to those students who are from first-generation, low-income and working-class backgrounds.

Debbie Warnock, sociology faculty member at Bennington College, co-founded FloW, a student-led group that provides community, resources and support to students at the college who are from first-generation, low-income and working-class backgrounds.

Debbie Warnock, sociology faculty member at Bennington College, co-founded FloW, a student-led group that provides community, resources and support to those students who are from first-generation, low-income and working-class backgrounds.

BENNINGTON — From financial aid to course selection to admissions, the process of becoming a college student can be confusing and arduous.

Even more so for those who are first-generation.

The program is targeted at high school sophomores and juniors, with possible availability for freshmen.

"I've really been thinking a lot about — what can we do in the community to basically help first-generation students think more about going to college?" said Debbie Warnock, co-founder of FloW, a student-led group at the college that provides resources and support to students from first-generation, low-income or working-class backgrounds.

Evidence shows that first-generation students who participate in peer mentoring programs greatly benefit — it helps to increase college aspirations, and students become more confident in their ability to succeed in college, Warnock said.

Student to Student will help high school students learn more about applying and preparing for college directly from student mentors who've undergone that same transition, according to a press release from the college.

Student to Student extends the work of FloW, which was established in 2017 by Warnock, student Jocelyn Salcedo, and the Offices of Academic Services and Student Life.

Bennington College defines low-income students as those who have received a federal Pell Grant. First-generation students come from families where neither parent has earned a four-year college degree.

Currently, about one-third of the college's students fit either or both of these descriptions, said Natalie Redmond, associate writer for the college, in an email.

Student to Student will run six weeks at MAUHS, starting Wednesday, April 24 and continuing every Wednesday from 2:30 to 3:30 p.m. until May 29.

Mentors will share their experiences, answer questions and help point students to available resources, while also helping students figure out how college fits into their plans.

"We'll be flexible with the program based on what they want," Warnock said of the high school students.

The goal is to personalize the process of applying to college, with college mentors sharing what they wished they had known about it.

Warnock said the idea for the program came out of discussions with her students at Bennington College who are interested in working with local students on issues of college access.

It also came out of Warnock's involvement with Advance Vermont, a statewide partnership that aims to increase the number of people with post-secondary degrees in Vermont.

Students with parents who didn't go to college often aren't getting that information from their families, Warnock said.

And it's not that their families don't want to support them — but they might not understand the "myriad steps and forms" in the process, she said.

"It's such a complicated process," she said. "There's so many bureaucratic hoops."

Warnock herself comes from a low-income family, and she wasn't even aware there was money available to help her to go to college until another student told her.

"A girl in the grade ahead of me said, `oh, Debbie, there's this thing called financial aid,'" she recalled.

Part of the purpose of Student to Student is to make college seem like an option for students, Warnock said.

"Because of the financial piece, it might not really seem accessible to them as a real option," she said.

Warnock said she hopes the mentees have the option to see themselves reflected in the college student mentors.

The college is marketing heavily to students who are first-generation, low-income and/or working class to join the program as mentors, she said.

Four students have signed up for the college's required seven-week, two-credit class for interested Student to Student mentors, and a few more have expressed interest, Warnock said.

Possible topics to cover with mentees include: the college application process, including searching for colleges and writing a personal statement, as well as the process of applying for financial aid.

Student to Student is different from other resources available to high school students in its mentoring aspect, Warnock said.

"The fact that they're talking to students who are just a couple years older than themselves," Warnock said. "By bringing this process to life through their experiences, it might make [college] seem that much more accessible."

Colleges and universities are working more to recruit and support first-generation students, but there's still more work to do, Warnock said.

"Particularly by thinking about where these students are located, and going to these high schools," she said. "And also making sure that when students get to campus, that they're supported."

Warnock said that a program like Student to Student would have made a world of difference to her as a high school student.

Bennington College has received a $3,000 grant from the Vermont Community Foundation's Opportunity Fund for Southshire Youth, which is being used for Student to Student. The grant was awarded last December.

Much of the grant used for Student to Student paid for the program's development work by Kelsey Broadfield, a Bennington College student who is first-generation, during the college's fieldwork term.

Broadfield's curriculum for the program is "very activity-based," she said.

"I think the mentorship aspect is really key," said Broadfield, who is from the Finger Lakes region of New York. "Learning from someone your own age who you can really relate to."

This type of program was lacking in the school system Broadfield attended, she said.

"I joke that it's the program I wish I had in high school," she said.

Broadfield learned about college through a friend's mother, who hired a college counselor for her son and passed that knowledge on.

Without that help, she wouldn't have known that Bennington College existed, or that she could attend a private college for less than a state school in New York.

Broadfield plans to be a mentor in the Student to Student program herself.

Students who are first-generation, low-income and/or working-class are kind of "experts in college," she said.

"Because a lot of us had to do it with little to no assistance," she said.

Warnock said she hopes to continue Student to Student next academic year, based on demand and how the program goes. She said she's not sure yet how it would be funded.