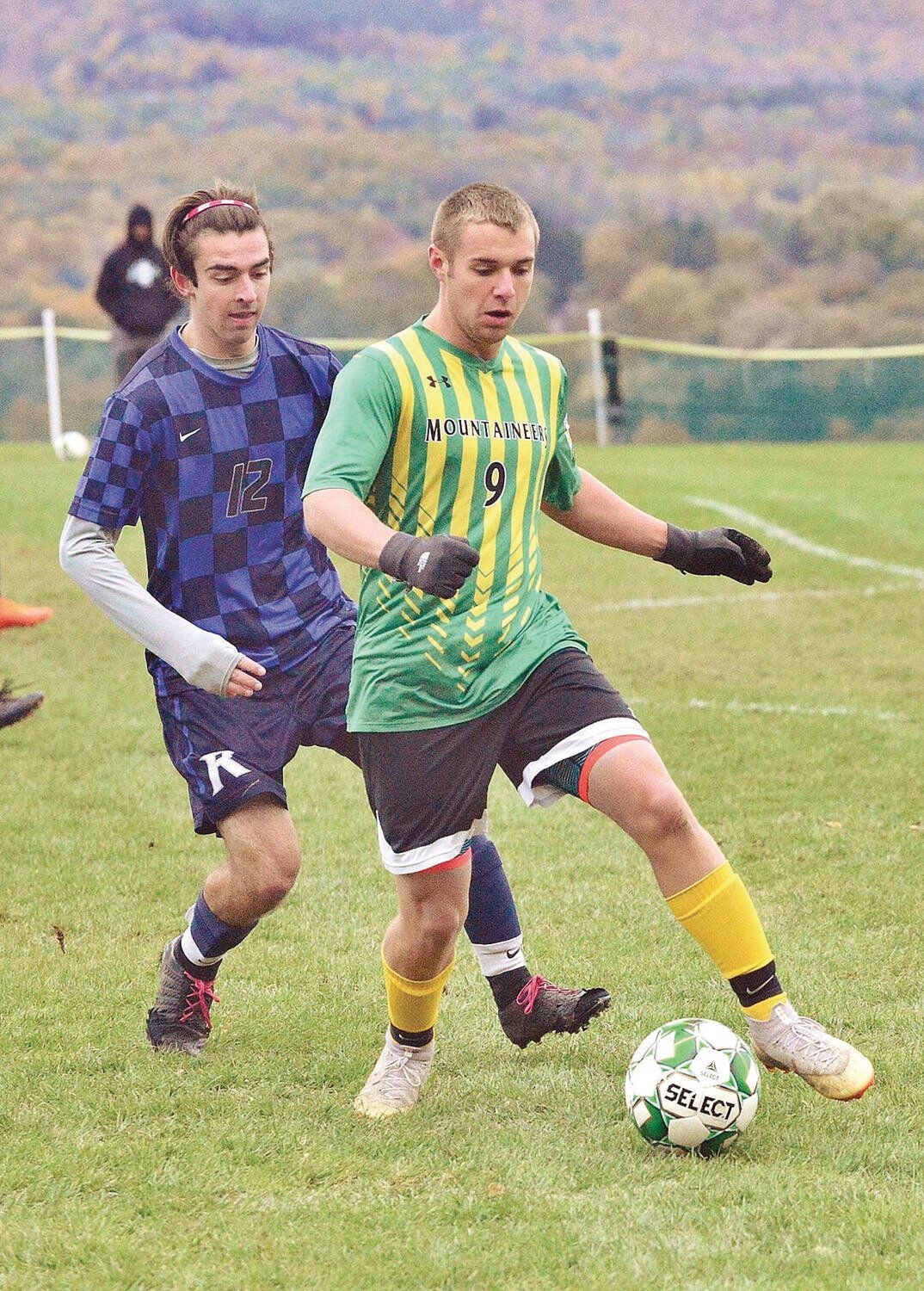 Southern Vermont College's Jared Lacoste looks to move past a defender during a game this past fall. 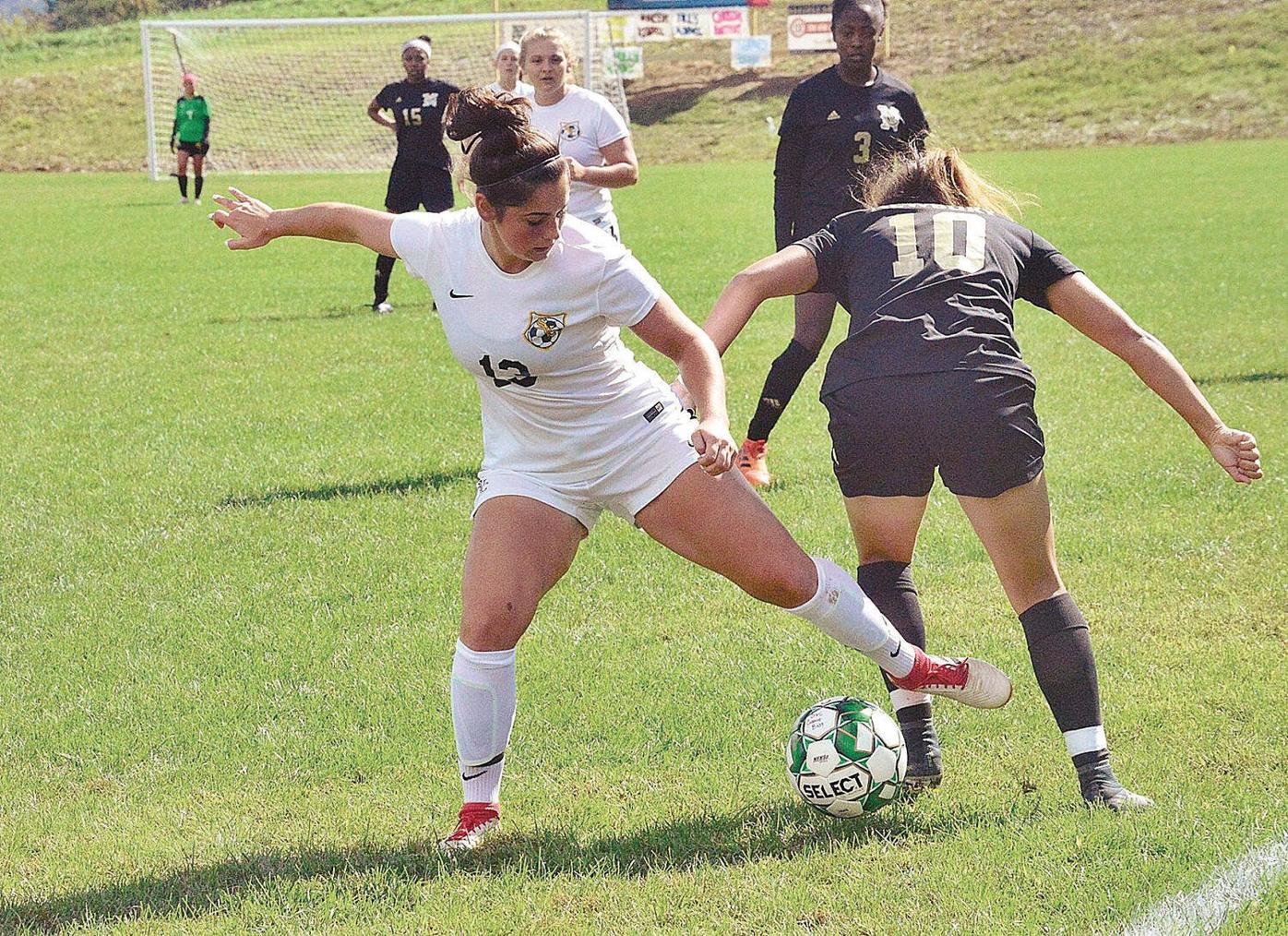 Southern Vermont College's Kaidin Gauthier tries to gain possession of the ball during a game this past fall. 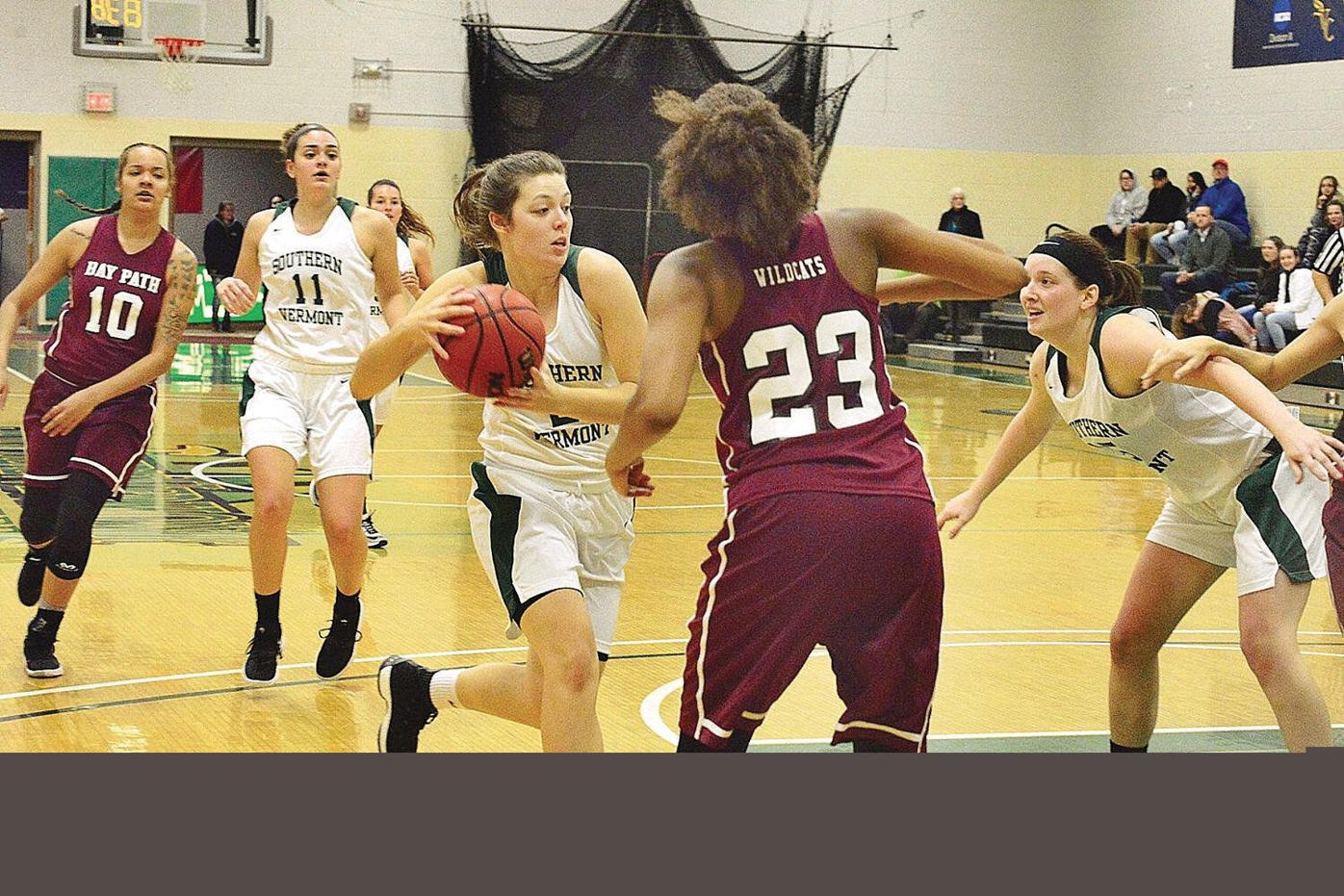 Southern Vermont College's Maddy Main drives into the paint during a game this winter.

Southern Vermont College's Jared Lacoste looks to move past a defender during a game this past fall.

Southern Vermont College's Kaidin Gauthier tries to gain possession of the ball during a game this past fall.

Southern Vermont College's Maddy Main drives into the paint during a game this winter.

BENNINGTON — With the announced closing of Southern Vermont College, Mountaineer athletes, coaches and staff are left to wonder what's next.

The school decided to close the school at the conclusion of the spring semester, citing that there was 'no way forward' after continuous enrollment decline in recent years and debt issues.

College officials sent out an emails and held meetings Monday to announce the closure and discuss the situation with students, faculty and staff members.

SVC has 13 varsity athletic programs, including women's lacrosse and outdoor track and field, which both began play in 2015.

Current and former athletes have been stunned by the closing decision.

Joanna Cook, known as Joanna Hogue while attending SVC, was a 2012 graduate of the school and played two years on the women's volleyball team. Cook, who originally was from California, holds the program record for career digs with 742.

"Such a sad day for SVC and the Bennington community. This place will always hold a special place in my heart," said Cook in a Facebook post Monday. "The friendships, the life lessons, all of it have molded me into the person I am today. SVC came into my life during a very dark time and I'll forever be grateful for my time there."

Cook thanked former SVC volleyball coach Josh Stokes for the opportunity to play for the Mountaineers.

Sophomore Jared Lacoste, who is a member of the men's soccer team and is a 2017 graduate of Arlington Memorial High School, was surprised by the decision.

"It was shocking and no one really saw it coming. It was kind of out of the blue," Lacoste said. "We got an email from the President a week ago, saying they were going through meetings, but he wasn't able to give us any more information. We figured they would put us on academic probation and we would move forward."

Collegiate athletics take up so much time for all involved. With the amount of time athletes dedicate to their sport, they build connections with their teammates that feel like family. To lose that day-to-day familiarity is something that is bound to hurt.

Lacoste, a criminal justice major, will look around to see what programs may fit his interest. Much like all of the athletes involved, he will weigh his options in terms of schools. He still has the interest to compete on the soccer field.

The closing of SVC is a continuation of a trend that has hit small Vermont colleges recently. The College of Saint Joseph, in Rutland, recently lost its accreditation and Green Mountain College, in Poultney, recently announced its closing, due to financial issues.

"It's tough because people go to these small schools because they like the close-knit, small class sizes, knowing the professors and being able to compete at the Division III level," Lacoste said. "It's just tough for those schools to keep going with those small numbers."

When contacted, coaches and other athletic department personnel cited a directive to speak with interim athletic director Christin Gowan or the President's office for additional information on the matter.

Neither Gowan or the President's office responded by press time.

Adam Aucoin can be reached at aaucoin@benningtonbanner.com and followed at @AAucoin_Banner on Twitter.