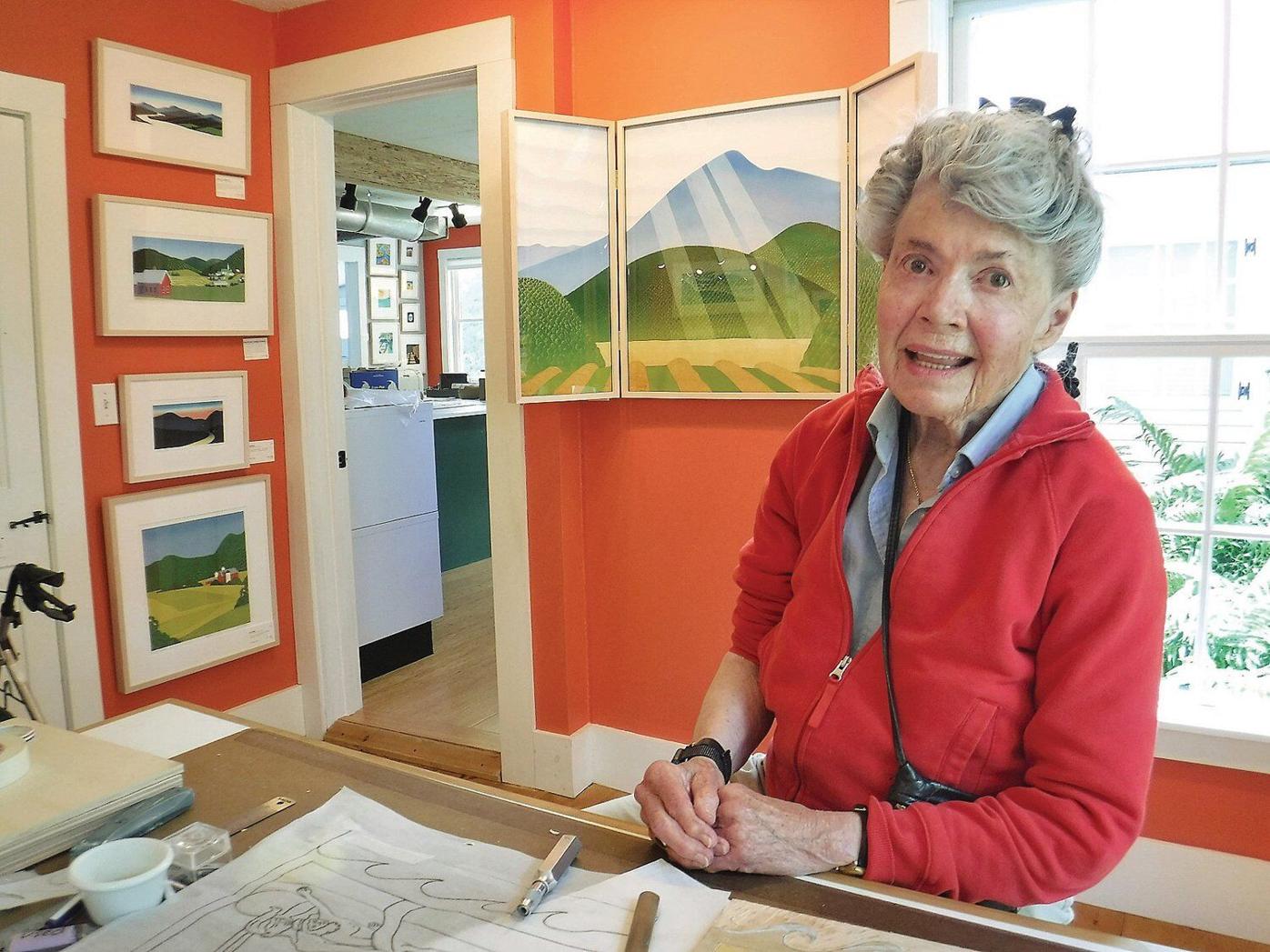 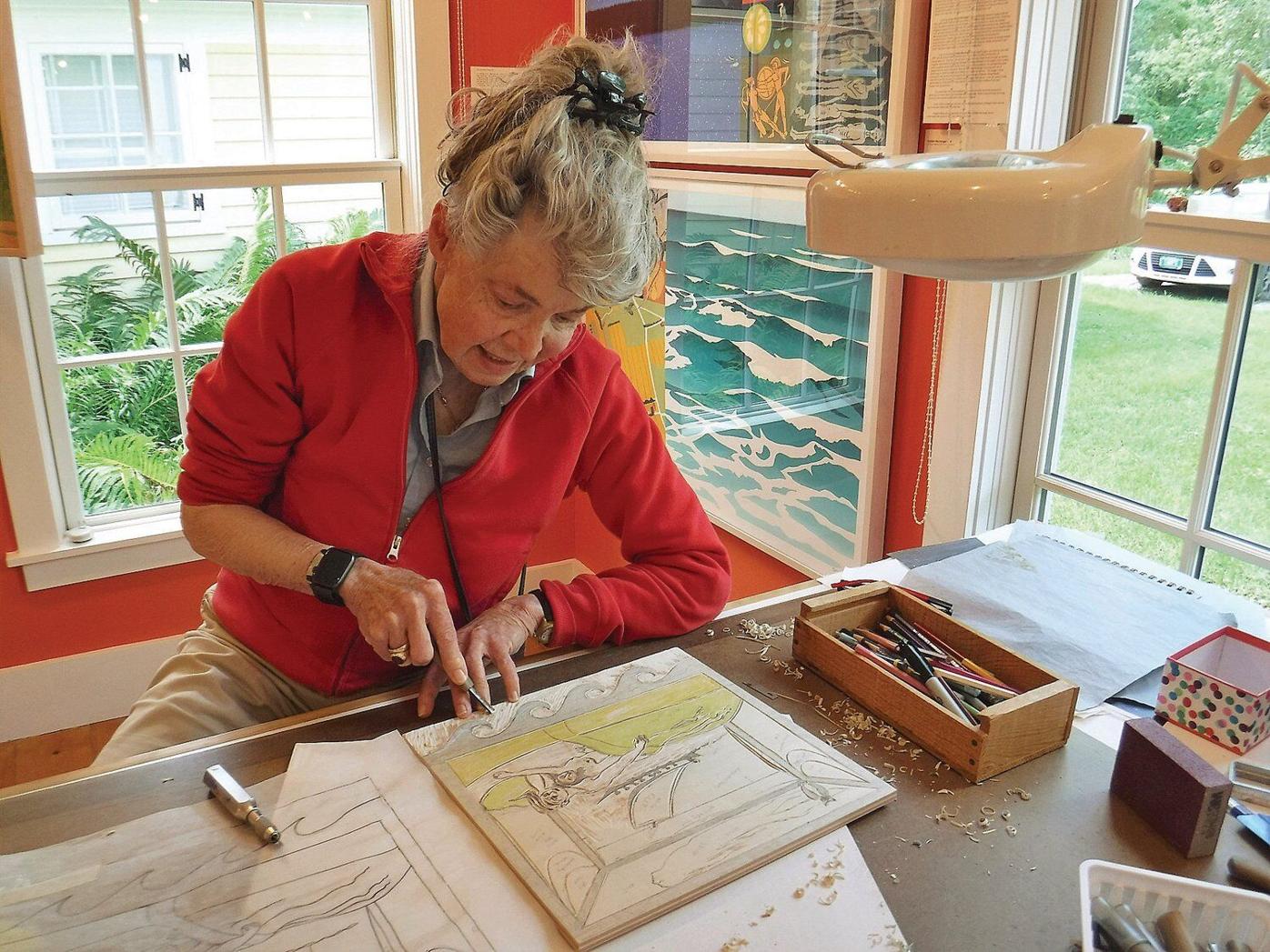 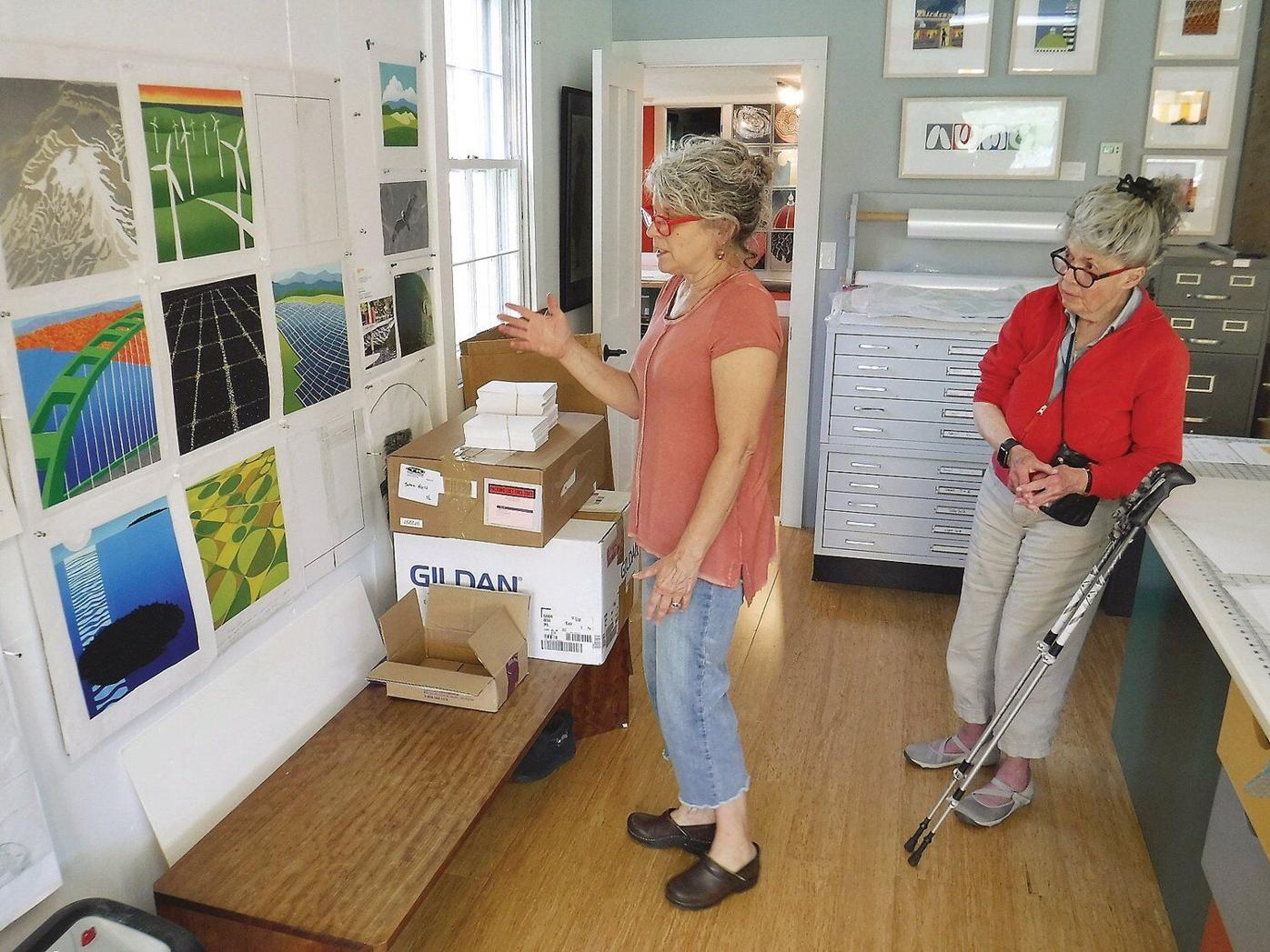 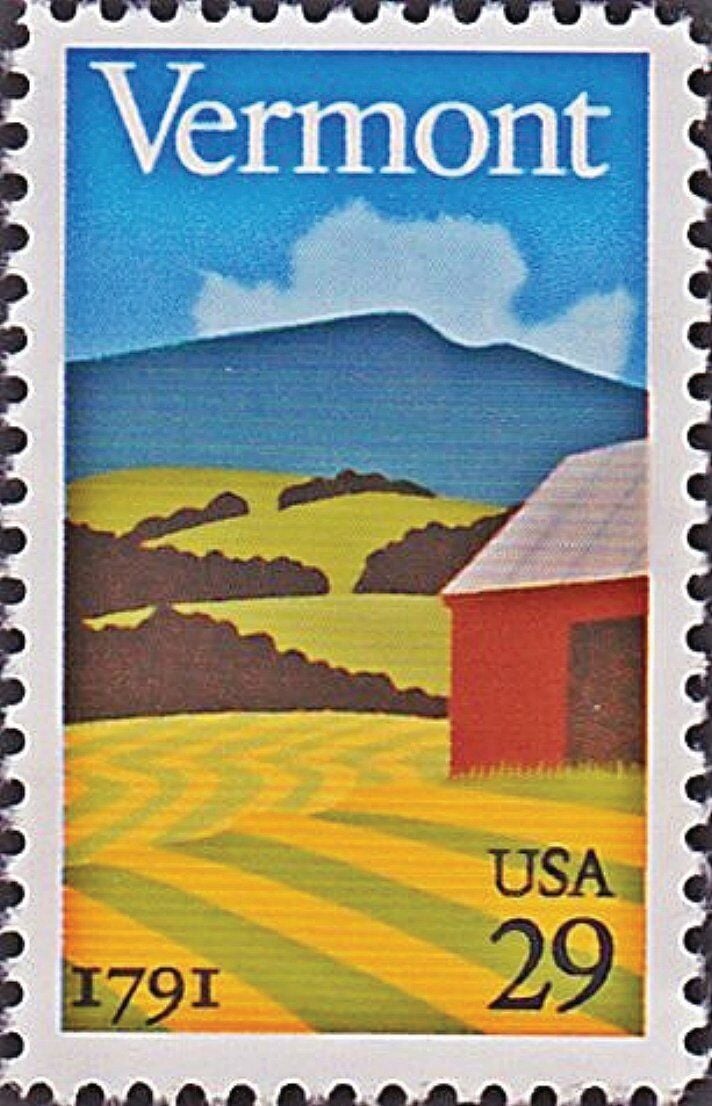 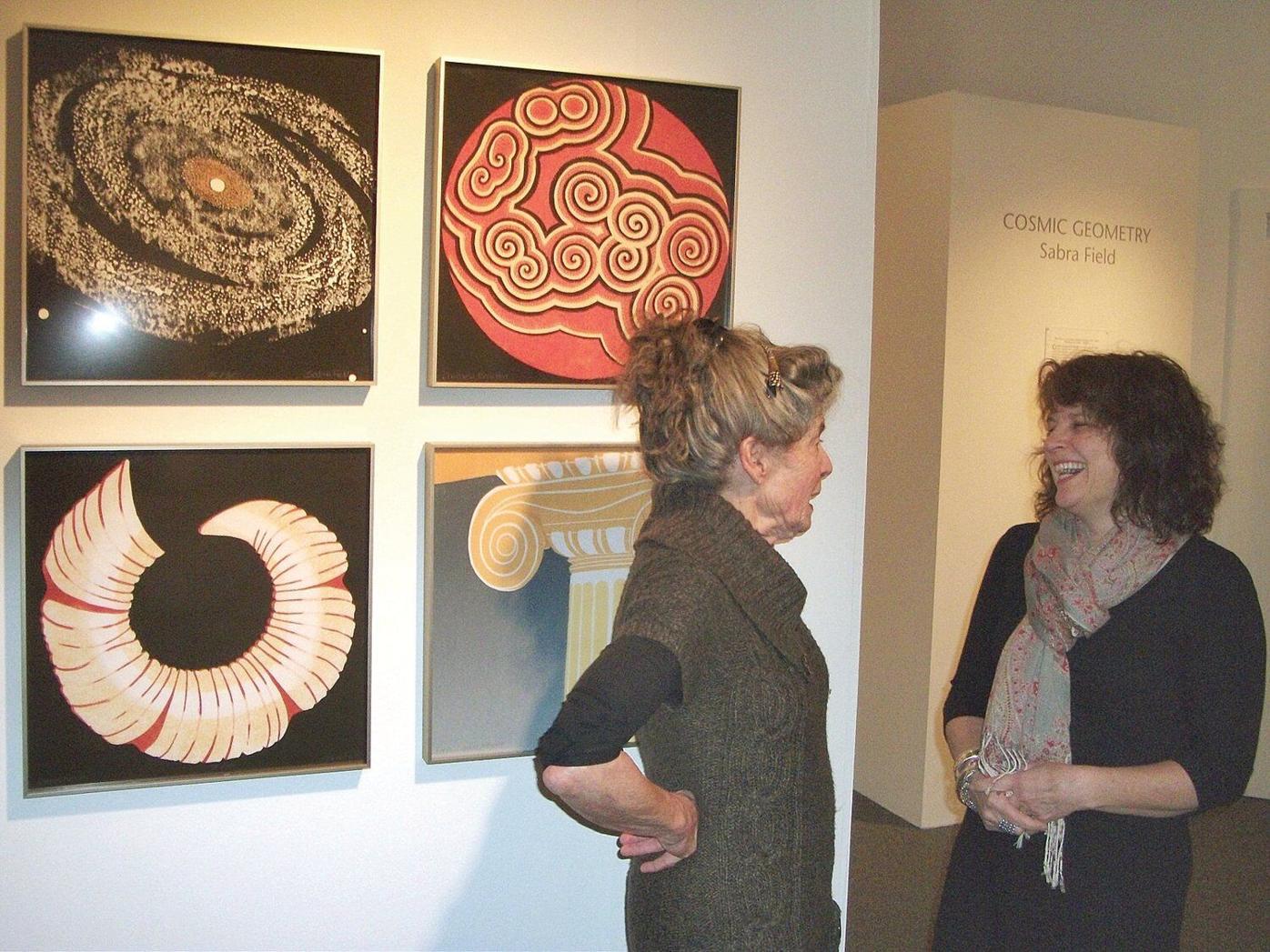 Sabra Field, left, brought her show "Cosmic Geometry" to the Brattleboro Museum and Art Center in 2014 with the help of fellow printmaker and neighbor Jeanne Amato. 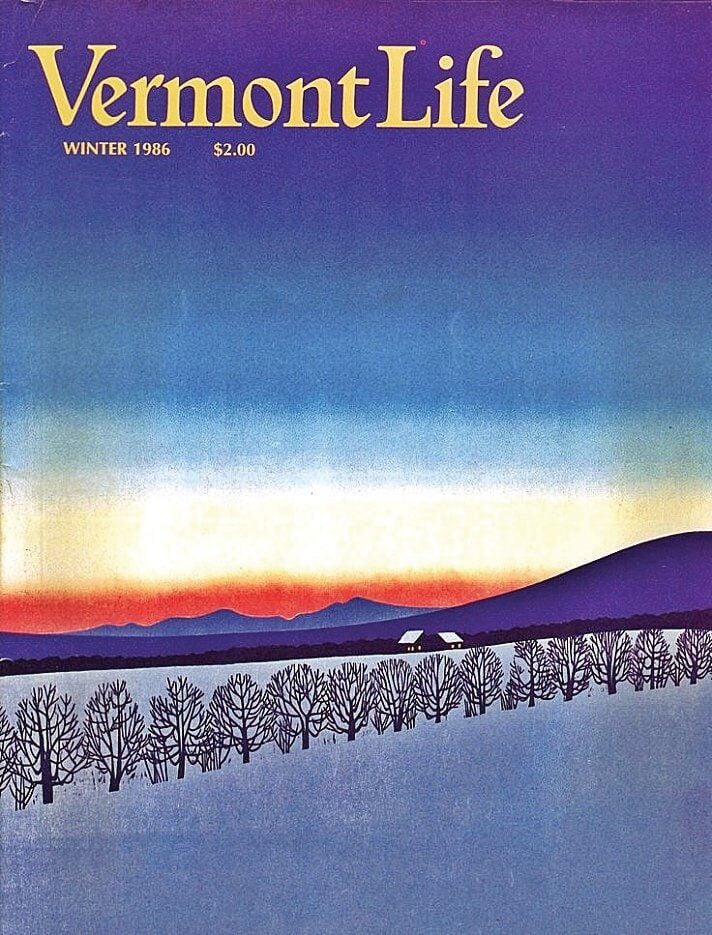 Sabra Field, left, brought her show "Cosmic Geometry" to the Brattleboro Museum and Art Center in 2014 with the help of fellow printmaker and neighbor Jeanne Amato.

EAST BARNARD — Sabra Field recalls the moment a half-century ago when she made her first woodblock print in Vermont.

"No one said I couldn't," she says, "and I was too naive to realize the odds."

This year, the 84-year-old printmaker, who has shared her work in recent years at the Brattleboro Museum & Art Center and Manchester's Northshire Bookstore, is marking her 50th anniversary making iconic Vermont art.

"When people ask what piece means the most to me," she says, "I answer, 'The one I'm going to do next.'"

Field's Green Mountain story began in 1953 when she enrolled at Middlebury College — "there was no math requirement," she explains. She had an epiphany while studying Piero della Francesca's 1450s painting "The Flagellation of Christ."

"I saw that great art is composed from what we see," she recalls, "but it is not a replica of what we see."

Field's watercolor teacher made art "seem like a noble calling." But she yearned less for a brush than for woodblocks, which she discovered upon further schooling at Connecticut's Wesleyan University.

"Prints are for everybody," she says of the easily reproducible medium. "I wanted to spend all my time making images and I was willing to take the risk. I felt, in a sense, that I had no choice."

Most Vermonters think of Field for works as colorful and carefree as summer.

"Over the course of her career she has received any number of accolades, and has been variously described as 'the Grant Wood of Vermont,' 'the artist laureate of Vermont,' and as someone who 'has touched more lives than any Vermont artist in history,'" Richard Saunders, a Middlebury College professor and director of its Museum of Art, wrote in the catalogue of the 2017 retrospective "Sabra Field, Then and Now."

Yet every peak in this artist's world is framed by valleys. As a mother of two young sons, she moved from Connecticut to a former 19th-century tavern in the White River valley village of East Barnard after her first marriage ended in 1969.

"When I arrived, people were unsure," she recalls. "Is she just here for the summer?"

Field soon contacted the secretary of state's office to register a printmaking business.

"Somehow I knew I wanted the legitimacy of being validated."

Tallying initial sales on her children's toy cash register, Field began to design, draw and cut the woodblock images that have sustained her ever since.

"My life as a professional artist really didn't begin until I moved," she says. "Vermont was beautiful and Vermonters unpretentious, generous and understood 'home occupation.' I was free to be me."

Field soon met her second husband, Spencer, who became her business manager. But her work wasn't always seen as marketable. Take the story behind her 1977 four-print "Mountain Suite."

"Vermont Life requested a seasonal suite to sell," she recalls. "Then they declined to buy them."

The artist went on to distribute the images herself. The magazine has since folded. But her passed-over prints remain in circulation for $250 each.

Field's resulting career has been chronicled in two books, 2002's "The Art of Place" and 2004's "In Sight," and in the 2015 documentary "Sabra." Middlebury College has an archive copy of every one of her prints.

Field can share stories of private struggle as well as of professional success. She rewinds back five decades to inking her first works.

"I hung them outside to dry."

The wind wasn't the only thing that got carried away that day.

Field has weathered bigger challenges, from the advent of new reproduction technology for the prints she creates by hand to the 2010 death of her husband. Now assisted by fellow printmaker and neighbor Jeanne Amato, she still works with woodblocks, be it for a recent children's book, "Where Do They Go?" with Addison County writer Julia Alvarez, or a new nine-piece suite of prints, "Eden 2.0," she conceived after President Donald Trump's election.

"I decided we needed to look at it as a challenge and we couldn't let him manipulate our emotions," she says of the prints that promote environmental consciousness.

Field is marking her 50th year in Vermont with a special poster available on her website, sabrafield.com.

"The career highs that sustain me are not glamorous by the standards of the wider world, but they confirm that I made the right decision and that this wonderful place is home," she says. "I've never fallen out of love with my medium. I couldn't be happy otherwise."