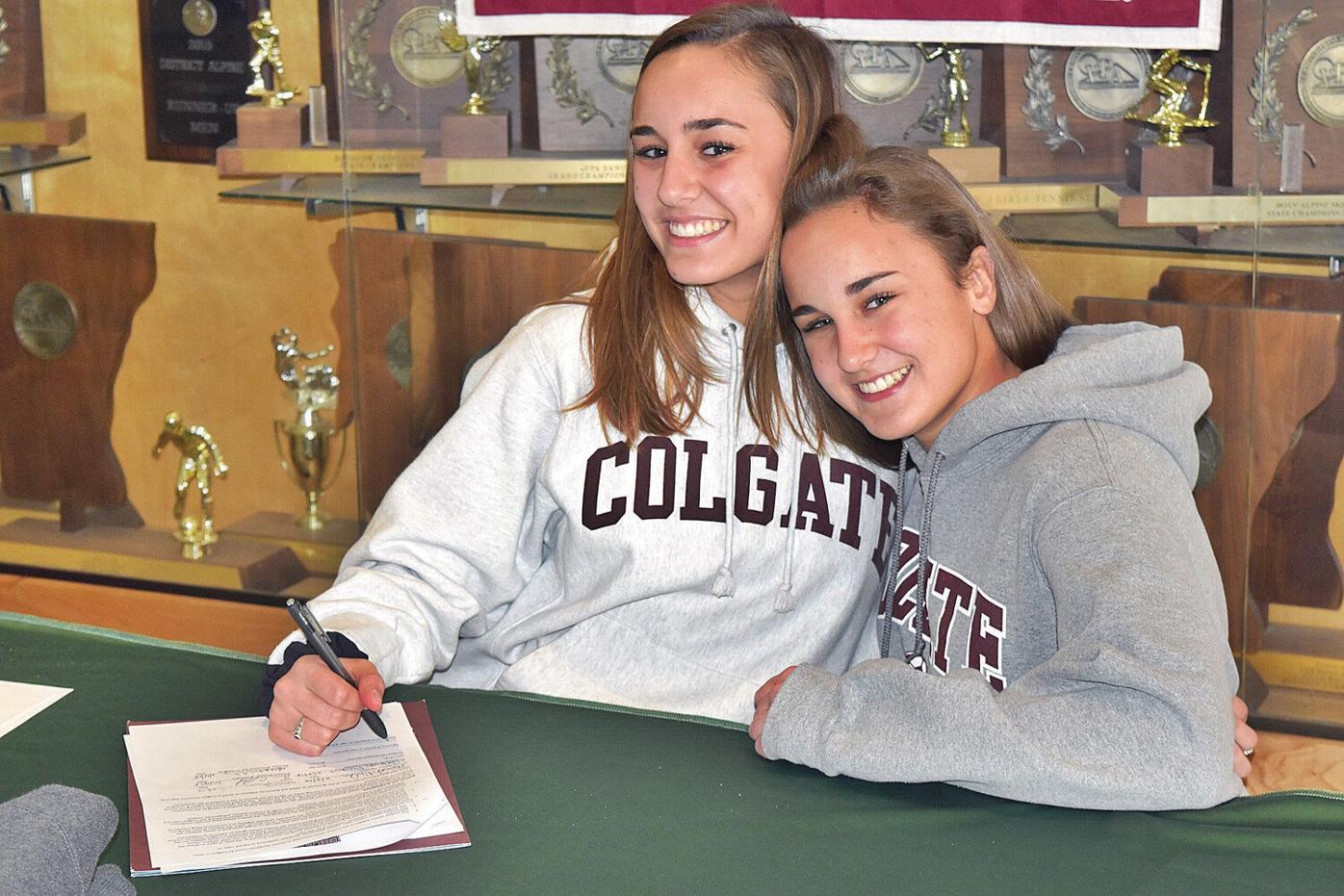 In this 2018 file photo, Hannah Pinkus, left and sister Grace, right, share a moment as Hannah signs her National Letter of Intent to play soccer at Colgate University. 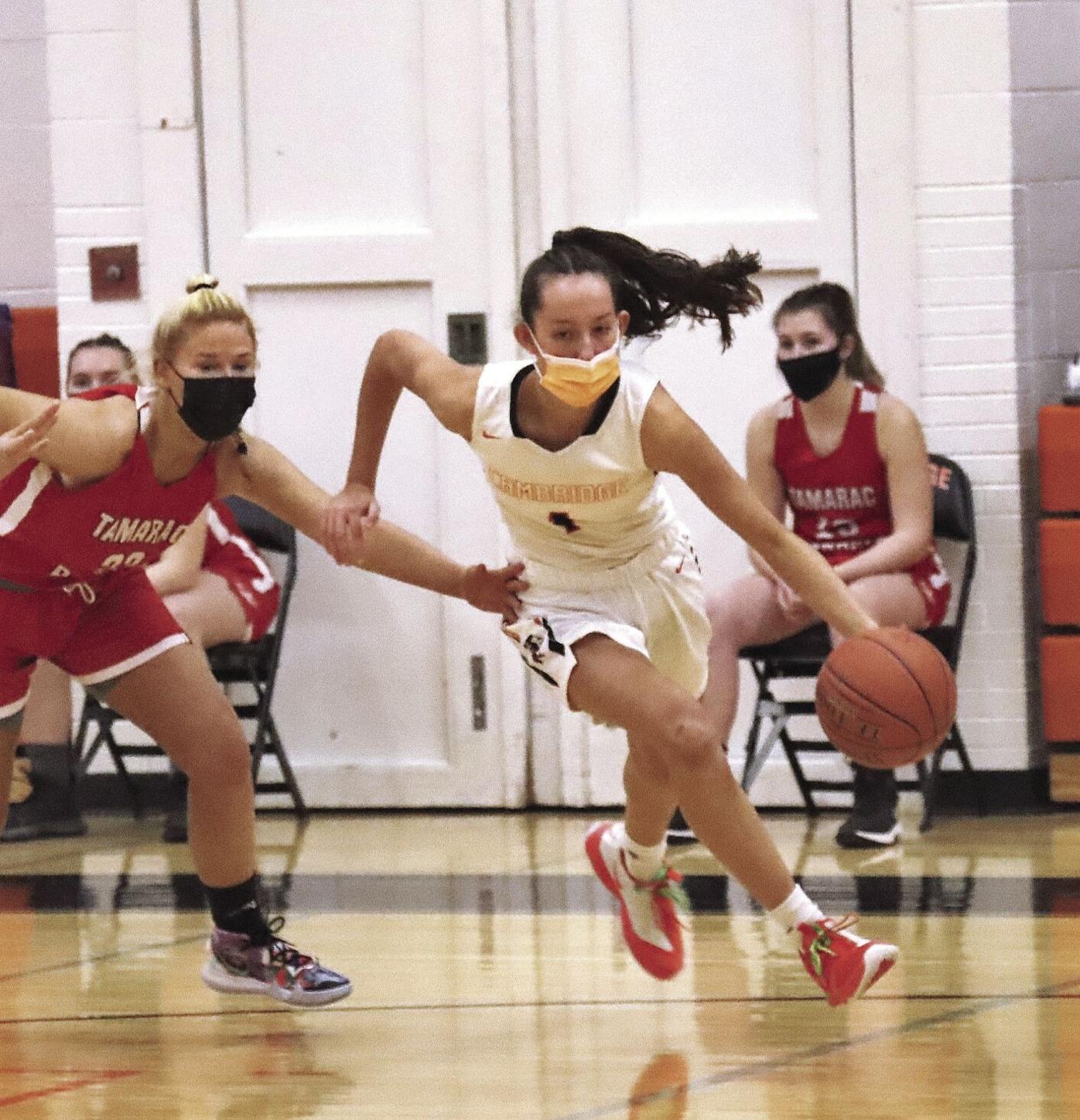 Lilly Phillips from Cambridge is now the starting point guard at the University at Albany as a freshman. 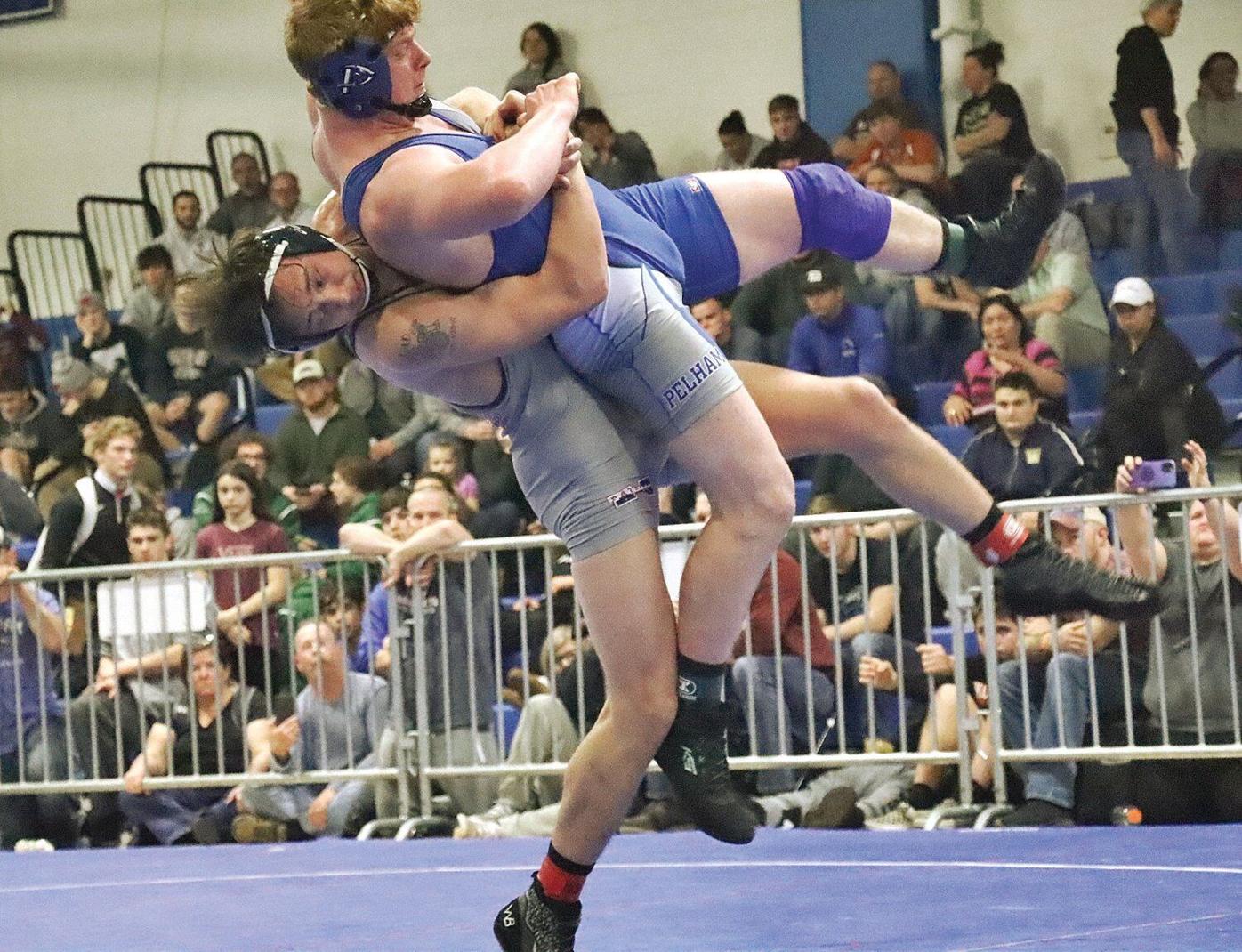 Former Mount Anthony wrestler Sam Wilkins returns his opponent, Conor Maslanek, from Pelham, N.H., to the mat in the 195-pound final in a 2020 match. Wilkins is now a member of the Castleton University wrestling team.

Bennington County has its fair share of athletes who have risen through the ranks at Mount Anthony, Burr and Burton, Arlington, Long Trail and Stratton Mountain. The same can be said about nearby New York schools Hoosick Falls and Cambridge.

Some are lucky enough to extend their athletic careers beyond high school. Here is a list of some local athletes who have been in competition this school year at the next level.

The former Bulldog had a stellar four-year career with the Division I Colgate women’s soccer team. Pinkus appeared in 60 games, including 54 starts.

She was recently named the 2021 Patriot League Midfielder of the Year after totaling 16 points (six goals, four assists) good for third overall in the conference.

The Manchester native recorded a point in 10 games this season, including six multi-point games.

As a sophomore, Pinkus was named to the Patriot League second team.

Pinkus scored 11 goals in her four years with the Raiders, including multiple game-winners. She also tallied four assists.

Hannah’s younger sister, Grace, scored the game-winner in the 2016 Division I state championship game, giving BBA the state title. She went on to become the program’s all-time leader in goals scored and was named the Vermont Gatorade Player of the Year during her senior season with the Bulldogs.

Pinkus has continued her athletic career at Division I University of Massachusetts Amherst, where she recently wrapped up her sophomore season.

In total, Pinkus has appeared in 18 games for the Minutemen, starting in four. She has registered three shots on goal and has one assist so far in her college career.

The three-time Division I state champion in high school, Dapron continues to impress, now as a junior with the Stonehill College women’s golf team.

The Dorset native returned to her hometown course with Stonehill on Oct. 3-4 at Dorset Field Club, where she finished tied for 14th overall shooting a two-day score of 167.

During the spring, Dapron became the first Stonehill women’s golfer to be named to the All-Northeast-10 Conference first team in program history. Dapron held the individual lead at the NE10 Championships after day one of the tournament, ultimately finishing second overall.

Billert etched her name in the school’s record book, becoming the program’s all time leader in games played (50).

What makes the feat even more impressive is the fact that her junior season was canceled due to COVID-19.

During her senior campaign this fall, she was named as the Empire 8 Conference Defensive Player of the Week for the week of Oct. 25

The defender also scored a pair of goals this season, including the game winning goal versus Keuka on Oct. 23.

Billert ends her time with the Gators as the all-time leader in defensive saves (17).

A teammate of Lord’s, Benlap just completed her junior season at Williams College. The former Eagle appeared in 15 games in 2021, starting six and registering 10 total shots.

The University at Albany field hockey junior appeared in 17 games in 2021, including one start. During her freshman year in 2019, Hickey appeared in all 19 games, scoring three goals and adding an assist.

A cross country runner at Gordon College, Page had a pair of top 10 finishes this fall, including second overall during the Pop Crowell Invitational in 2021.

Rogge appeared in three games for the Saint Michael’s men’s soccer team in 2021.

Wrestling in the 184 pound class at Castleton, Wilkins has a pair of fourth place finishes early in the season.

Also wrestling at Castleton, Coon is competing in the 149 pound division.

Gauthier played in 12 games for Castleton women’s soccer in 2021, including a start on Oct. 19. The junior scored a total of three goals.

Ware completed his freshman year as a running back for Mount Marty University. No stats were available.

Johnson was redshirted for his freshman campaign as a wide receiver with Assumption College.

Berger is one of the few on this list that is competing in a completely different sport than she played in high school. At Arlington, she was a standout in soccer, basketball and track and field. Now a senior at University of New England, Berger is a member of the Nor’Easters women’s rugby team, who compete for a NCAA DIII championship on Sunday.

A member of the Dean College women’s soccer team, Seacord finished her senior season with two goals while starting 15 games. She was named the team’s MVP in 2018, and also was named to the New England Collegiate Conference (NECC) Second-Team All-Conference in 2019 and was an honorable mention All-American that season.

Snyder appeared in 10 games for the Union College women’s soccer team in 2021, and was inserted into the starting lineup twice during her senior season.

A redshirt freshman offensive lineman on the University at Albany football team.

After a stellar high school career, Phillips has quickly inserted herself as the starting point guard for the University at Albany women’s basketball team.

Phillips has started both games so far during her freshman year, averaging 19 minutes per game. She has scored seven points and added four rebounds, four assists and two steals as Albany starts the season 1-1.

Mooney is a freshman member of the Stanford University women’s rowing team.

Nolan is a starter as a freshman for the Clarkson University women’s basketball team. Nolan has 11 points, 15 rebounds, four steals and two assists through three games.

A member of Sage College women’s soccer team, Gonzalez appeared in 16 games in 2021, starting 11 and tallying one assist.

Aberth appeared in one game for Northland College men’s soccer in 2021, making six saves at keeper in a 4-3 loss.

Member of Saint Michael’s College women’s soccer team. Did not appear in a game in 2021.

Younger brother Joey is also a member of the Hobart football team. During his first year on the gridiron, Joey made eight tackles and had one interception as a defensive back.

Made 14 starts in 17 games during his senior year with the Castleton men’s soccer team in 2021. Stewart scored twice and added four assists this fall.

If you know of an athlete with local ties who is now competing at the college level, please email us at sports@benningtonbanner.com for recognition.