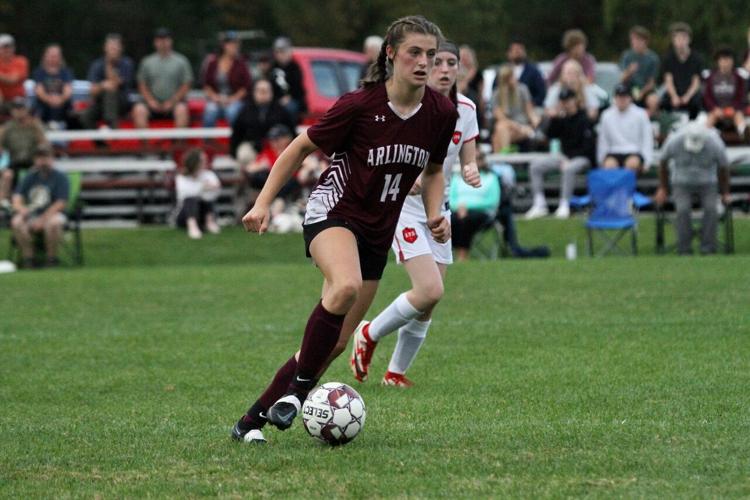 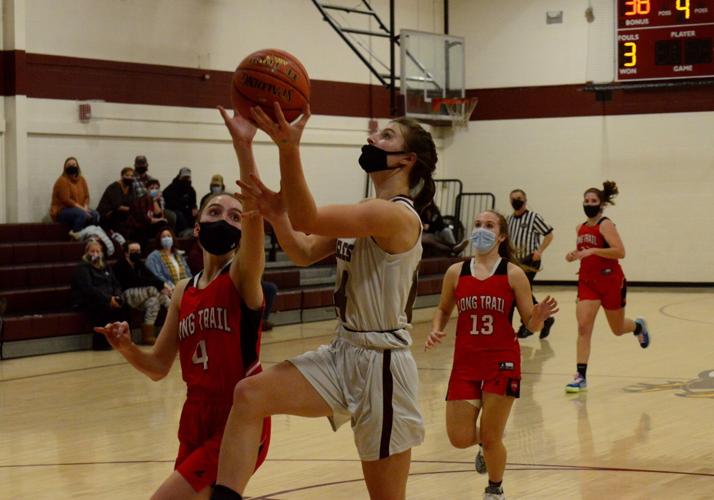 The 2022 Vermont News & Media female athlete of the year did a little bit of everything for her Arlington Eagles this past school year.

It started with a trip to the Division IV soccer state championship game after a successful season on the pitch and concluded with an impressive fourth place finish in the state decathlon. Whether playing a team sport or competing individually, Sidney Herrington shined in 2021-2022 and has been named the Vermont News & Media female athlete of the year.

In the fall, Herrington accumulated 34 total points in 18 games for the 11-6-1 Eagles. Averaging nearly two points per game is rare; leading your team in both goals and assists is rarer.

Herrington was undoubtedly the number one scoring threat, putting the ball in the net 23 times — 10 more than any other player on the team. She also led the team in assists, with 11.

Herrington was named an all-state selection after leading the Eagles to the Division IV state championship game, where they ultimately fell to Proctor 6-1.

She traded in her cleats for some sneakers in the winter, but remained the number one scorer on the basketball court. Herrington scored 20-plus points in a handful of games. She was also active on the boards, evident in a Dec. 19 loss to West Rutland where she finished with a double-double, scoring 19 points and grabbing 11 rebounds.

In Arlington’s next contest Herrington flashed her clutch gene, scoring seven of her 19 points in the final quarter as the Eagles pulled away from Long Trail for the victory.

Herrington also scored 22 points in a win against Mill River.

She was named as one of the 12 best underclassmen in the state by the Vermont Basketball Coaches Association, who named Herrington to the dream dozen team. Herrington was the lone Bennington County player, male or female, to be named to the team.

In the spring she joined the Arlington track and field team, where it can be argued her pure athleticism shined the brightest. Herrington had never participated in the high jump in her life prior to a May 10 meet in Manchester. She won the event anyway, with her mark of 4’9”. She followed that up later in the week with another win at the MAU Invite, where she defeated Division I opponents from Mount Anthony and Burr and Burton.

Herrington earned a silver medal in the Division IV track meet in the high jump, with Green Mountain’s Kyra Burbela the only athlete to outjump her. Herrington also took third place in the 200 meter dash, crossing the finish line in 28.1 seconds.

Herrington placed inside the top-10 in six of the 10 events, with a field of 52 competitors. She placed in the top half of every single decathlon event.

A rising junior, Herrington promises to keep making noise no matter the sport.

Arlington to play for state title Saturday at AppleJack Stadium