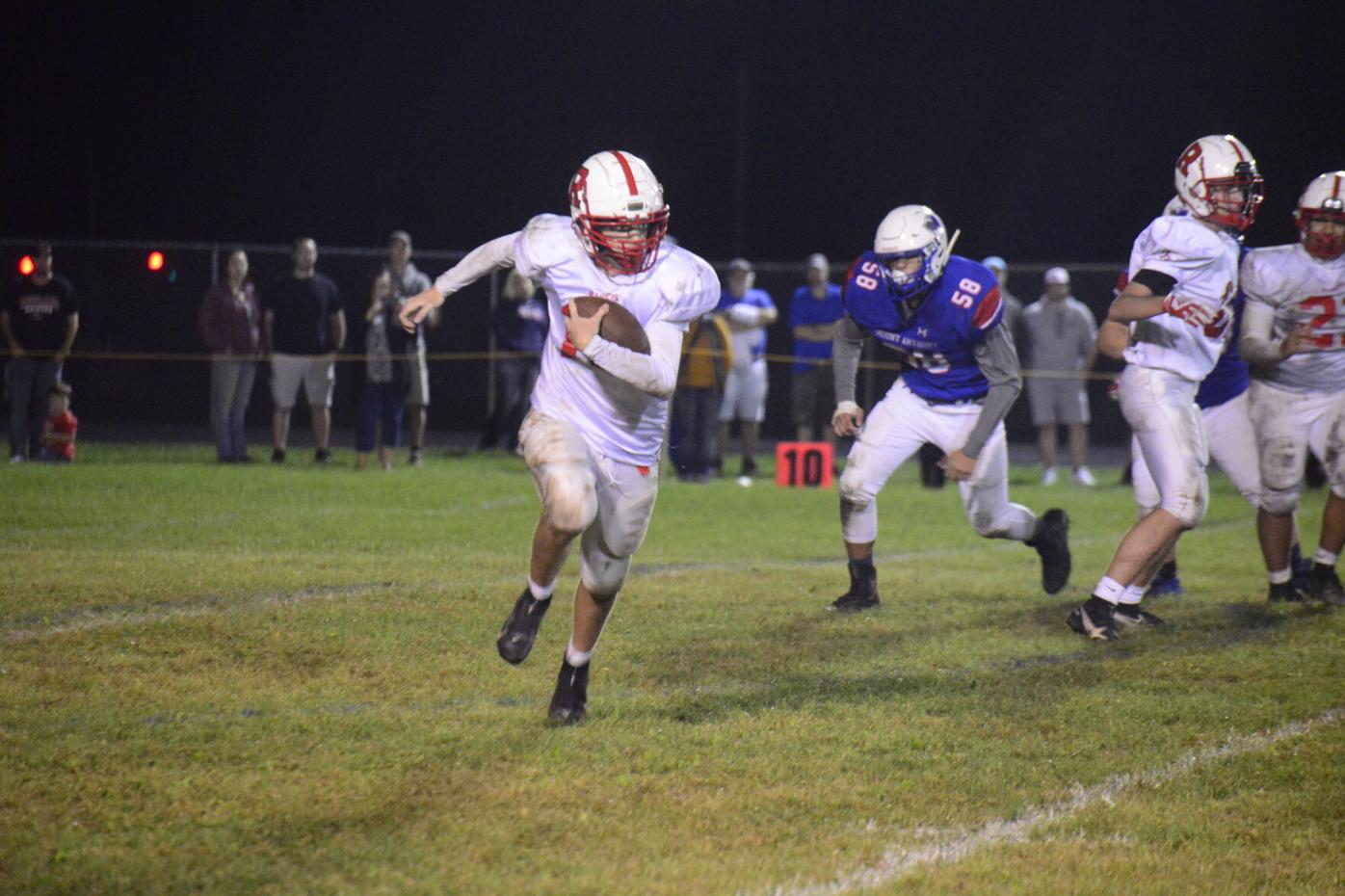 Rutland's Eli Pockette carries the ball during the second half. 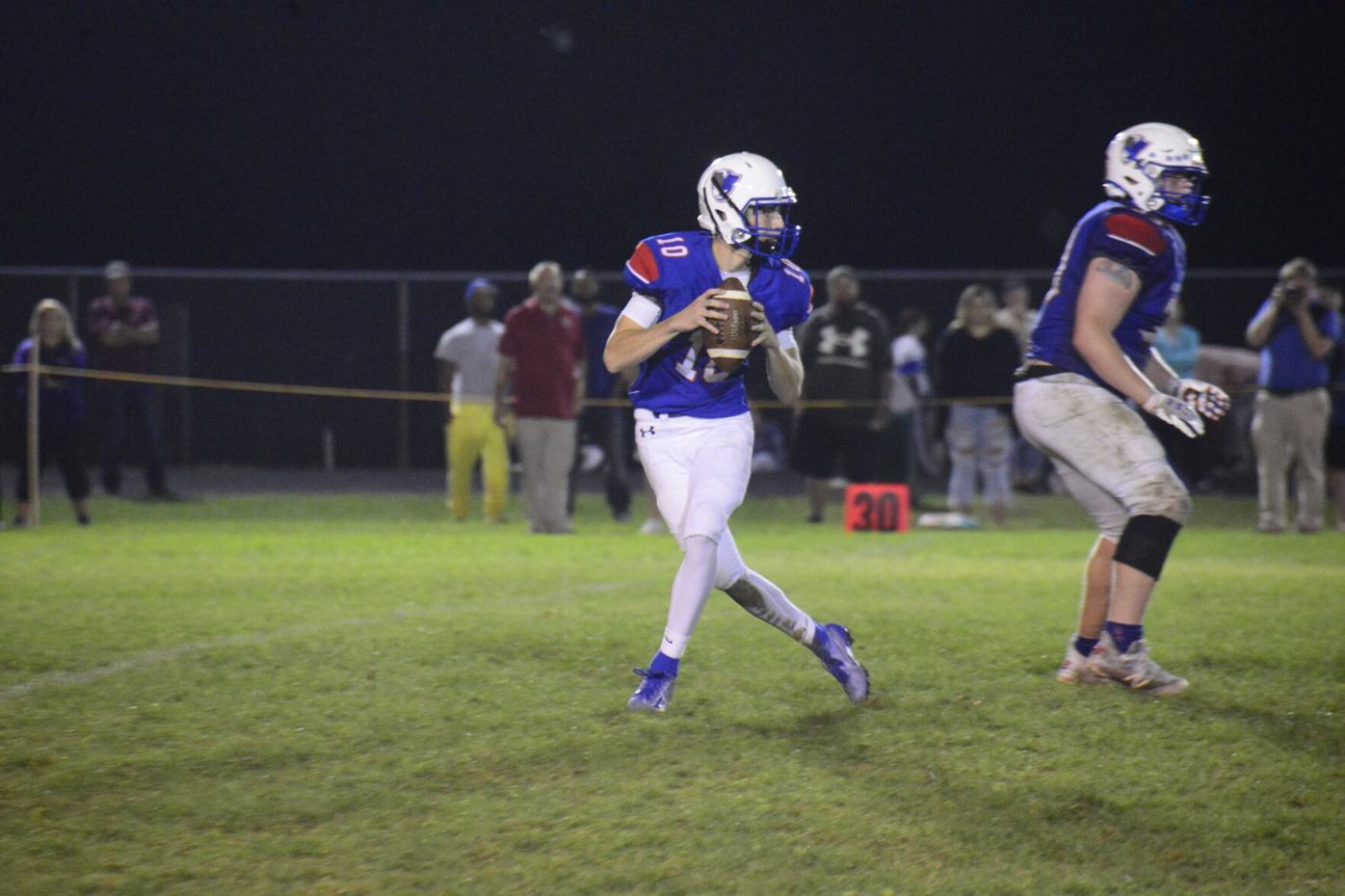 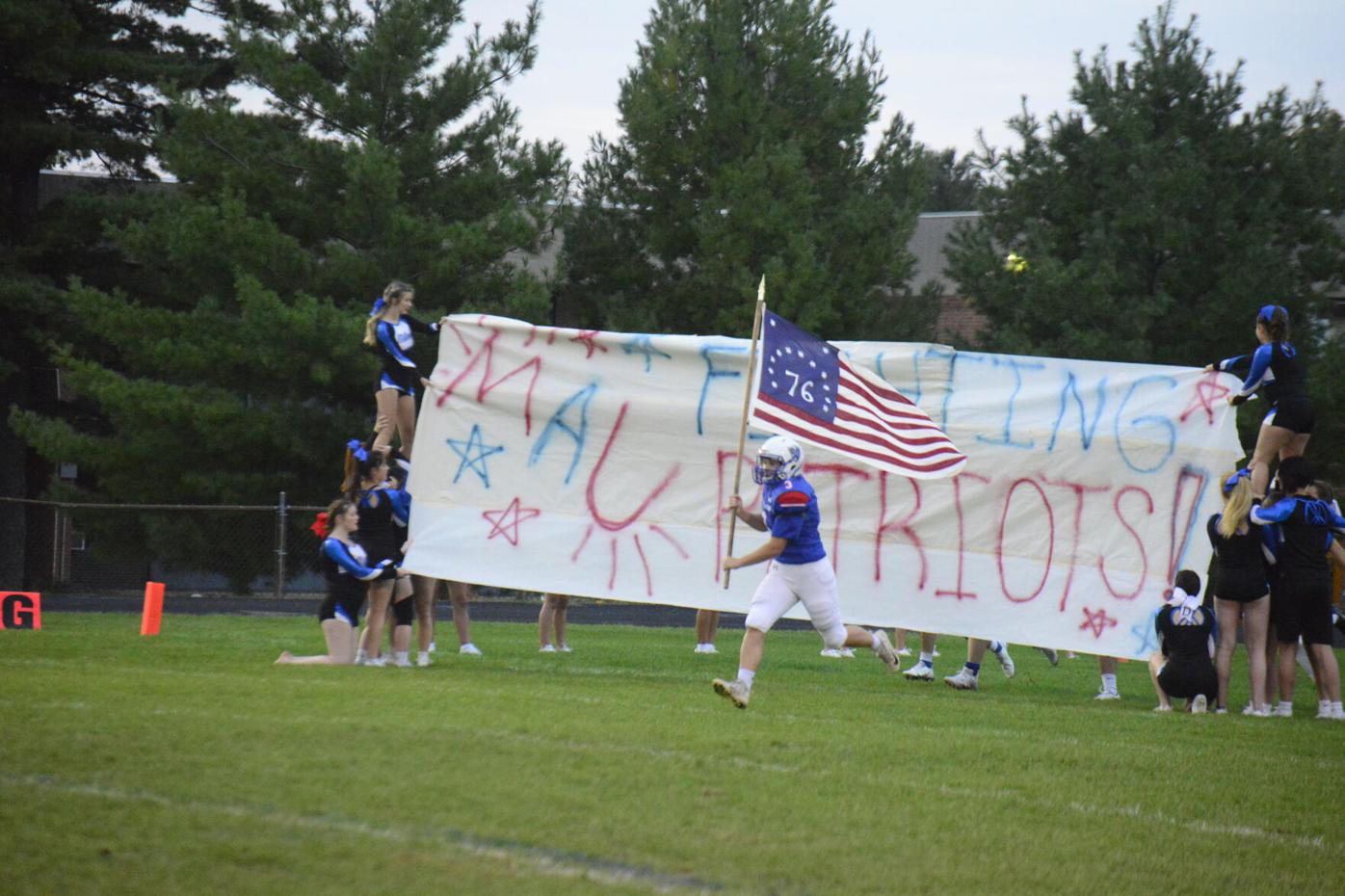 Rutland's Eli Pockette carries the ball during the second half.

BENNINGTON — The Rutland Ravens seem to enjoy playing in Bennington County. After knocking off Burr and Burton in Manchester last Saturday, the Ravens dominated MAU on Friday night at Spinelli Field, winning 35-7.

The Patriots’ offense was the first to trot on the field. The opening drive was efficient; MAU picked up three first downs on the first five plays and moved onto Rutland’s side of the field. The following play, an ineligible player downfield backed them up five yards on first down. Braeden Billert sent receiver Austin Grogan in motion on play number six of the drive, faking a handoff on first-and-15 on the jet sweep. Billert kept the ball himself, breaking one tackle in the backfield.

Then, As Billert fought for extra yards, the ball came free and Rutland fell on the fumble.

That play foreshadowed the rest of the game for the Patriots, who turned the ball over six times in the loss. Three MAU fumbles, a turnover on downs, a muffed punt and an interception gave the Patriots zero chance to stick with one of the best teams in the state.

The Ravens also successfully recovered an onside kick in the first half.

Rutland was opportunistic, turning those six turnovers into three scores. Any offensive drive where the Patriots found success ended in a giveaway.

MAU found itself within one score at the break despite its three turnovers.

On a night where the Patriots couldn’t take care of the ball, one of those turnovers created their only score of the night.

Tanner Bushee took over at quarterback in the second quarter, with Billert sliding over to tight end.

In the final 20 seconds of the half and MAU just outside the redzone, Bushee rolled to the right and threw a pass intended for Gavin Schnoop. A Rutland defensive back was there to pick the ball off at the two yard line.

Schnoop showed great instincts on the play, punching the interception out of the defensive backs grasp. Carter Thompson, trailing the play, immediately picked up the loose ball and ran it in two yards for what would be the lone touchdown for MAU.

That trimmed the deficit to a single possession, 14-7, at the half.

Rutland received the kickoff to begin the third quarter. The Ravens offense had its best drive of the night, a 13-play drive that ended with a fourth and goal conversion for a score. Ravens coach Mike Norman showed he is not afraid to take risks. Facing a fourth and goal from the four yard line in a one possession game, the Ravens coach rolled the dice and his offense remained on the field.

MAU’s defensive backs were solid in coverage as quarterback Trey Davine scanned the field. Seeing no openings, the qb called his own number and scampered up the middle of the field four a four yard score with 9:26 left in the third quarter.

Davine was solid through the air and on the ground. He completed 13 of his 20 pass attempts for 173 yards and two scores, both to Slade Postemski. Davine rushed 11 times for 56 yards and one touchdown on the ground.

Postemski caught six passes for 86 yards and three receiving touchdowns, including one from Eli Pockette who saw playing time in the second half with Rutland ahead.

Mount Anthony falls to 1-2 on the season and will look to bounce back on the road against Brattleboro Saturday at 2 p.m.