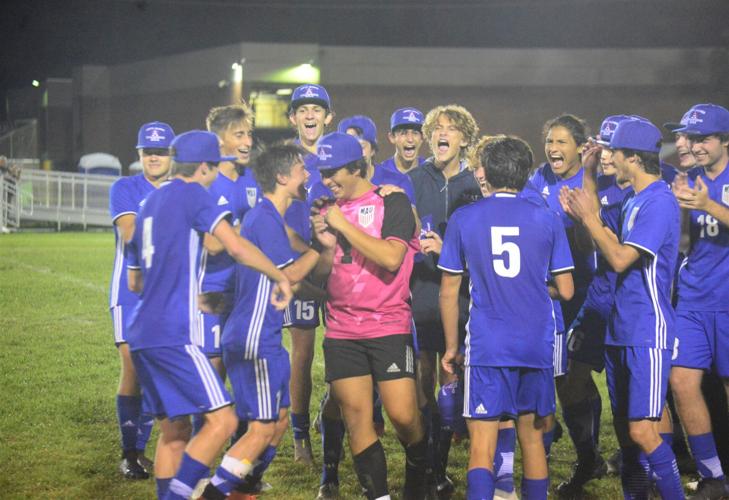 Mount Anthony celebrates after winning the John James tournament Saturday night. The Patriots defeated Brattleboro 3-2 in an overtime thriller. Senior Collin Bevin netted the game-winner with under a minute remaining in overtime.

“It means so much,” Bevin said after the win. “I never thought I would be in this position.”

Read more on B1 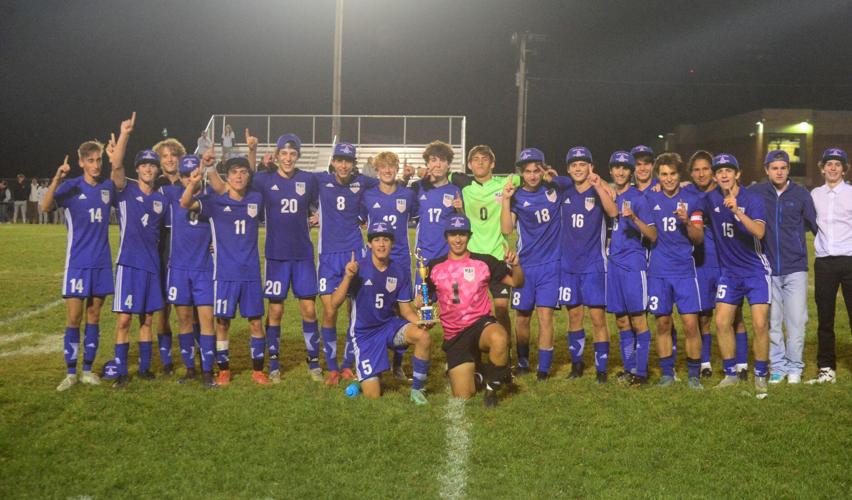 The Mount Anthony Patriots defeated Brattleboro 3-2 in overtime in the final. 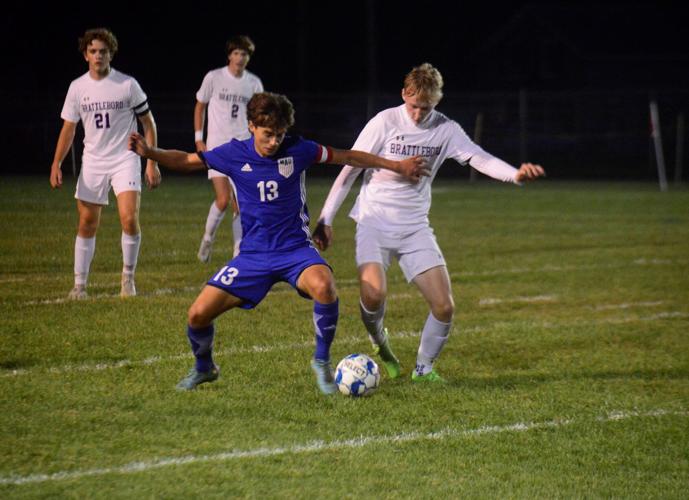 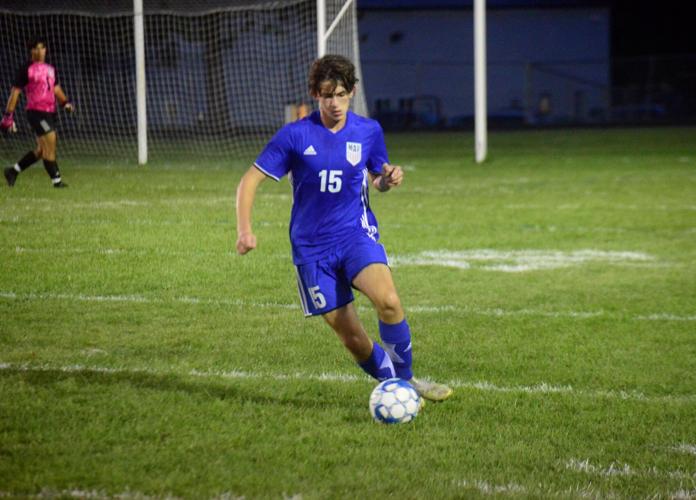 Mount Anthony celebrates after winning the John James tournament Saturday night. The Patriots defeated Brattleboro 3-2 in an overtime thriller. Senior Collin Bevin netted the game-winner with under a minute remaining in overtime.

“It means so much,” Bevin said after the win. “I never thought I would be in this position.”

Read more on B1

The Mount Anthony Patriots defeated Brattleboro 3-2 in overtime in the final.

BENNINGTON — Collin Bevin has been watching the John James tournament since he was a little kid. On Saturday night, the Mount Anthony senior forward scored the winning goal in overtime to clinch the Patriots’ first tournament title since 2017.

With under a minute to play in the first overtime period of Saturday’s tournament final against Brattleboro, Sam Umphlett found a streaking Bevin on the left side of the pitch. He played the near-post with his left foot, getting it past Brattleboro goalkeeper Paul McGillion and into the back of the net for the 3-2 MAU win.

The walk-off score capped off an intense 90 minutes of action. For Bevin, it’s a moment he couldn’t have scripted any better.

“It means so much,” he said after the MAU fans rushed Spinelli Field. “I never thought I would be in this position.”

It’s a position he is familiar with, nonetheless. Bevin has a video on his cell phone of former Patriot Emiliano Salazar’s game-winner in 2017 in the 78th minute against Burr and Burton, the last time MAU captured the championship in its hometown tournament. Saturday night, a student of the game left his own – significant – imprint on the 53rd rendition of the tournament with his clutch score.

It’s a fitting way to end the John James for this particular MAU team, composed exclusively of upperclassmen. They’ve been working towards this moment since they were freshmen. They hadn’t reached the finals in their two previous appearances, and the 2020 games were canceled because of the coronavirus. Now, they bring the bragging rights back to Bennington with a thrilling 3-2 overtime victory.

It appeared for a moment that MAU wouldn’t need overtime to reclaim the championship.

Silas Rella-Neill sent Evan Eggsware down the right sideline with under five minutes remaining and the teams knotted at one goal apiece. Eggsware ran by his defender and sent a cross into the middle of the box. While the soccer ball didn’t find a MAU player, it did result in a Patriots goal as it deflected off a Brattleboro defender and into the back of the net, giving MAU a 2-1 advantage with time running out.

Brattleboro had its answer, and it came from junior Ozzie Hendrick. The Patriots were called for a handball with two minutes remaining and Jordy Allembert sent a set piece toward the MAU net and Hendrick finished the play, netting the equalizer with 1:52 left in regulation to bring the score back to even, 2-2.

MAU coach Mike Molloy believes the response from his team showed a lot of character.

“The boys showed a lot of resilience, especially after letting up that late goal.”

Play became increasingly chippy as the game progressed. Things nearly reached a boiling point in the 29th minute of the second half.

Bevin was assessed a yellow card by the referee for an elbow to a Brattleboro player near the MAU sideline. Play stopped as Brattleboro’s Tucker Sargent remained on the ground for around five minutes. As he was helped back to the Brattleboro sideline, a fan in the crowd yelled ‘you’re OK’ and Sargent responded with a middle finger to the fans.

The refs huddled with both Molloy and Brattleboro coach Ben Brewer to try and get a handle on the heightened emotions.

Adding to the Patriots frustration was the elite play from McGillion protecting the Brattleboro net. The senior made eight saves on the night, but it was his booming goal kicks that put the pressure on the MAU defense throughout.

When McGillion fully connected with the soccer ball, he sent it 70 yards down field and near the MAU net. Even his shorter kicks easily cleared the center line. He played about as far up as a goalie can, getting in the mix as frequently as possible and making life difficult for the Patriots attack.

He nearly added a goal on a set piece 12 yards shy of midfield in the 29th minute of the opening half, sailing it just over the crossbar.

Brattleboro would strike first, 14 minutes later on a quick strike from Emmett Hoyer. MAU had its opportunities over the final 15 minutes of the first half to even the score, but none of the chances materialized.

Bevin would get the equalizer in the 31st minute of the second half, once again assisted by Umphlett. The Patriots were able to use McGillion’s aggressive approach against him, with Umphlett putting a soft touch from the left side on the net. McGillion played up and deflected the ball, but it bounced right to Bevin trailing the play from the opposite side for an easy tap-in.

While Molloy said his team didn’t play its best game, he felt they kept their composure enough to squeak out the victory.

“I thought the overtime period was our time to reset,” he said.

The Patriots had three team goals heading into the 2022 season: Win the John James, win the Southern Vermont League and win the state championship.

Thanks to Bevin’s heroics, step one is now complete.

BENNINGTON — A month after defeating Brattleboro in the John James final, the Mount Anthony boys soccer team welcomed the Colonels back to tow…