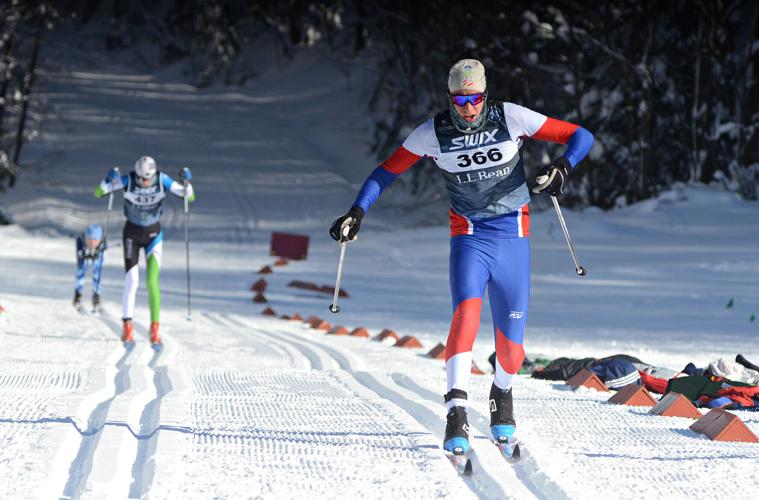 Mount Anthony's Riley Thurber crosses the finish line during a race last season. Thurber finished with a team-best time of 15:40 on Thursday at Wild Wings, good for second individually. 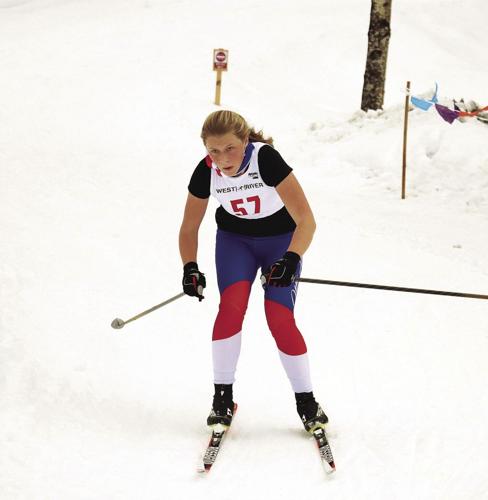 PERU — The Mount Anthony boys Nordic team won a five-school race at Wild Wings on Thursday. The Patriots finished with 17 team points, well ahead of second place Woodstock’s 47. Rutland (48) finished a close third, followed by Brattleboro (59) and Burr and Burton’s 76.

BBA’s Moritz Vonholf placed a team-high 12th for the Bulldogs with his time of 17:47.

Only three Patriots on the girls’ side finished the race, not qualifying them to place as a team.

Woodstock (25) took the win, followed by Brattleboro (28) and BBA rounded out the scoring with a team total of 67.

Eden White continued her strong season. Coming off an individual win last weekend, the Patriot finished second by crossing the finish line in 19:33. Only Woodstock’s Victoria Bassette (18:26) had a better time.

MAU’s Sadie Korzec did not finish the race.

The MAU boys improve to 3-0 on the season and both teams are back on the mountain for the SVL Classical Championship Feb. 9. That race will also be held at Wild Wings.