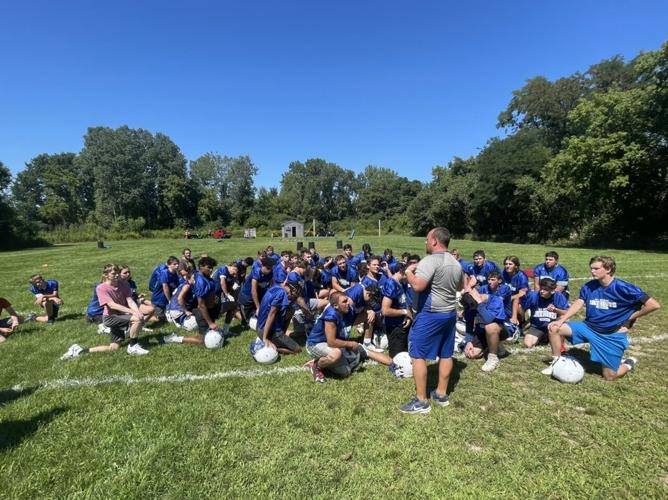 Coach Chad Gordon speaks with the Mount Anthony football team at the conclusion of Monday's practice. 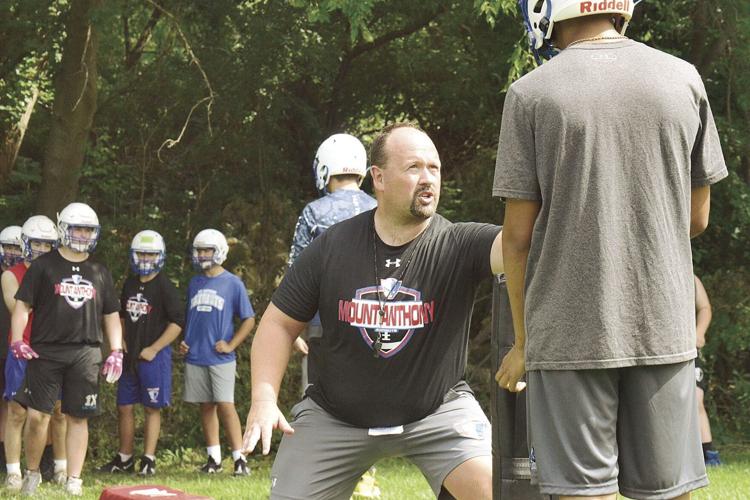 Coach Chad Gordon speaks with the Mount Anthony football team at the conclusion of Monday's practice.

BENNINGTON — Autumn is in the air. Monday marked the beginning of the 2022-2023 high school sports season in Vermont, with football practices getting underway across the Green Mountain State.

Mount Anthony is coming off a very successful 2021 campaign, making it all the way to the Division II championship game. The excitement surrounding the program is palpable, evident by the 55 student athletes that officially got the fall sports season started Monday morning with two practices spanning 8-11:30 a.m.

That marks the highest turnout since coach Chad Gordon took over the program in 2017.

“It’s great to see a lot of new faces,” Gordon said. “Some guys who’ve never played football, but are athletes at Mount Anthony that are going to help us. Enthusiasm has been through the roof.”

The MAU coach knows he has a wide range of experience on his roster, and wants to ensure the basics are sound.

Last year’s triumphs means teams throughout the state will have MAU circled on their calendar. Gordon and the Patriots believe putting in the effort will put them in a place where they can build on that success.

“Expectations are high; our work ethic has to match our expectations,” he said.

MAU hit the ground running on day one, going through conditioning tests. It’s the start of what could be a three month journey if the Patriots are to make it back to the title game.

But training camp is reserved for focusing on the fundamentals. Over the next week, Gordon wants to see his players lay the foundation for the season.

“Early on in camp, it really is about controlling their attitude and their effort,” Gordon said. “Getting them to focus on just going hard, and listening and learning and having a good attitude.”

Competition isn’t far away. The Patriots host Otter Valley and Monadnock, N.H. for a dual scrimmage on Aug. 23.

MAU will begin solidifying a depth chart and game planning for its week 1 opponent after the scrimmages, according to Gordon. The Patriots are on the road at Colchester on Sept. 2 to kick off their 2022 season.

Regular season football is only 17 days away.

Mount Anthony football looks the part of a contender in 2022

BENNINGTON — Mount Anthony football has some unfinished business it’s looking to attend to this fall.