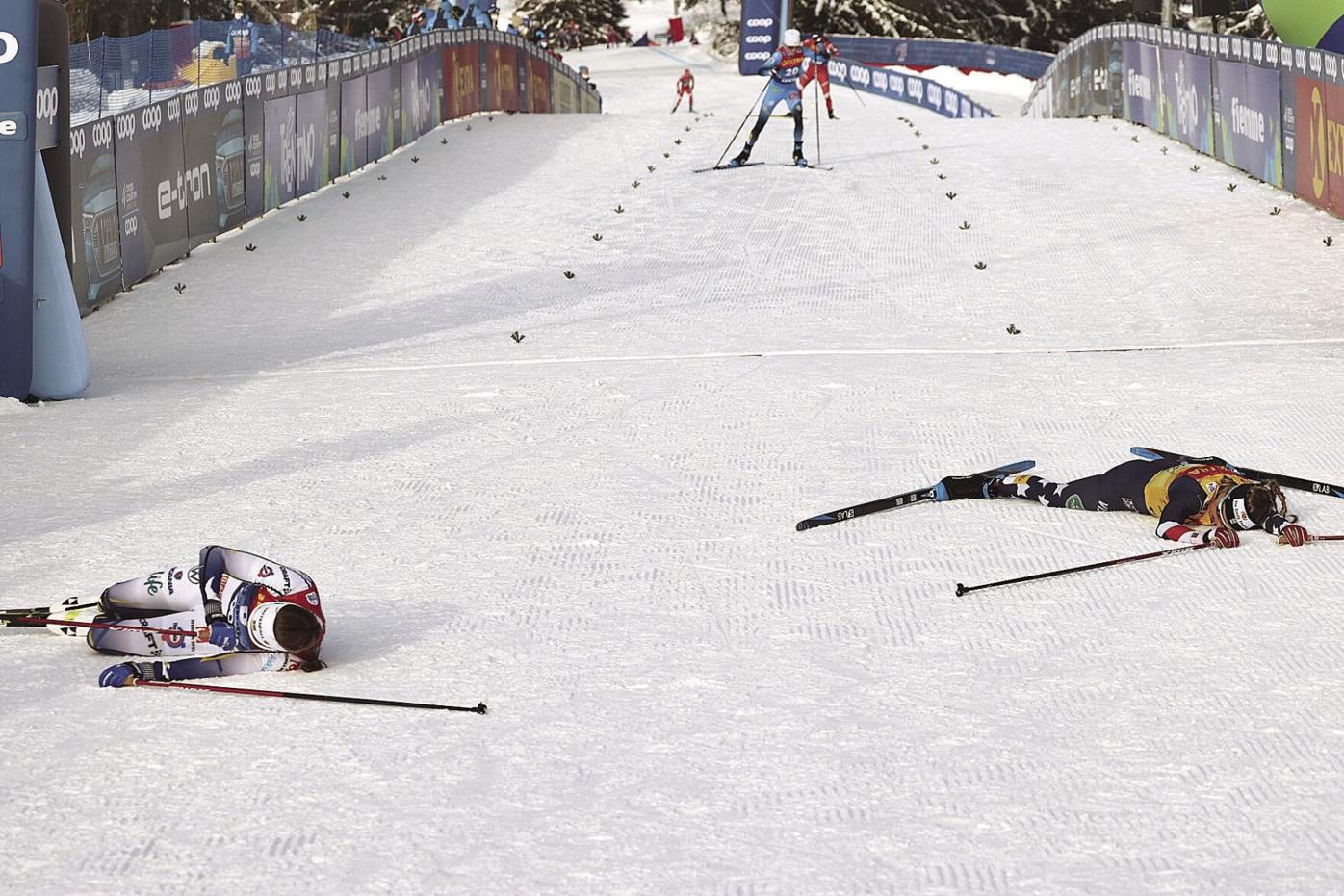 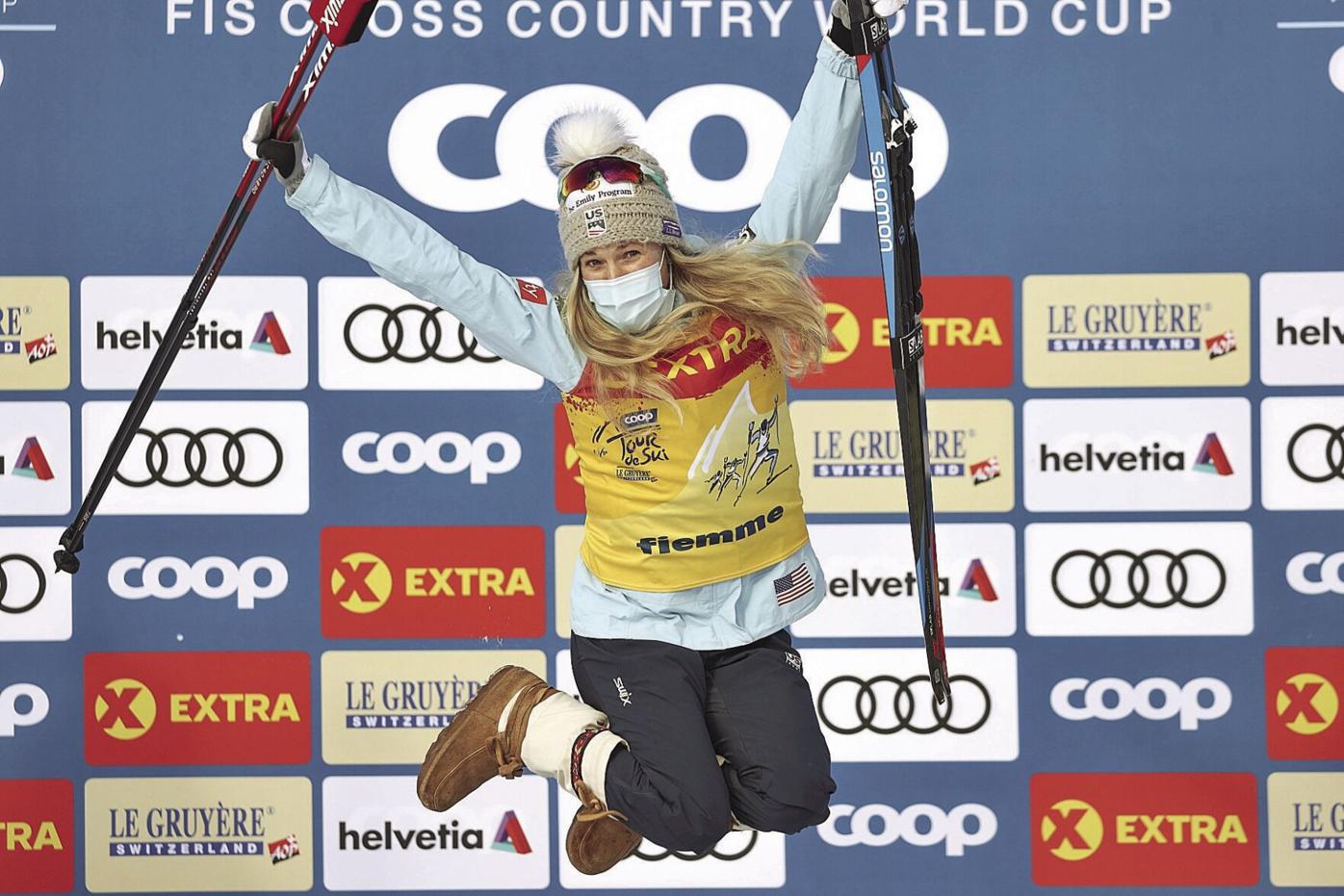 Leading the women’s time standings after seven events, Diggins placed second in the 10-kilometer final stage of the 10-day competition raced in Italy and Switzerland.

Her final time of more than three hours was 1 minute, 24 seconds ahead of Russian Yulia Stupak. Ebba Andersson of Sweden was third.

In 15 years of the marathon competition, Diggins’s third place three years ago is the only other podium finish by an American man or woman.

Four different Norwegians combined to win the past seven editions of the women’s Tour de Ski. The cross-country skiing power did not enter the 2021 competitions because of safety concerns over the coronavirus pandemic.

“This is a lifelong goal ... it really means a lot,” Diggins told U.S. Ski and Snowboard. “We have had an amazing team atmosphere this whole time, amazing support, and help, and so many cheers from all around the world, so that really gave me wings up the hill today.”

Diggins led another solid day for the U.S. cross-country team on what has become an incredible season with 13 podiums so far. In the men’s race Sunday, Gus Schumacher finished 19th in the final stage, to finish 18th overall — the best Tour de Ski finish ever for an American man. He also moved up to 27th in the overall World Cup standings.

The overall victory caps off a very successful Tour de Ski for the U.S. Over the 10-day, eight-stage race, Diggins and Rosie Brennan, who finished sixth overall, landed on the podium nine times, with not one, but two historic 1-2 finishes for Diggins and Brennan in stages 3 and 4, and four U.S. women in the top 30 overall for the third time in the 15-year history of the event.

Sunday’s final stage featured a 10k freestyle mass start featured 6.5k of rolling terrain and two bonus point sprints before getting down to business on the final 3.5-kilometer climb up the alpine slopes.

Andersson started the day sixth overall, more than 2 minutes behind Diggins, but just 19 seconds off the podium. She built a 10-second lead over Diggins and Russia’s Yulia Stupak on the lower slopes. Andersson finished nine seconds ahead of Diggins. France’s Delphine Claudel was third at 20-seconds back, and Stupak finished fourth at 24-seconds back to seal her second-place in the overall.

Tom Horrocks from U.S. Ski and Snowboard contributed to this report.