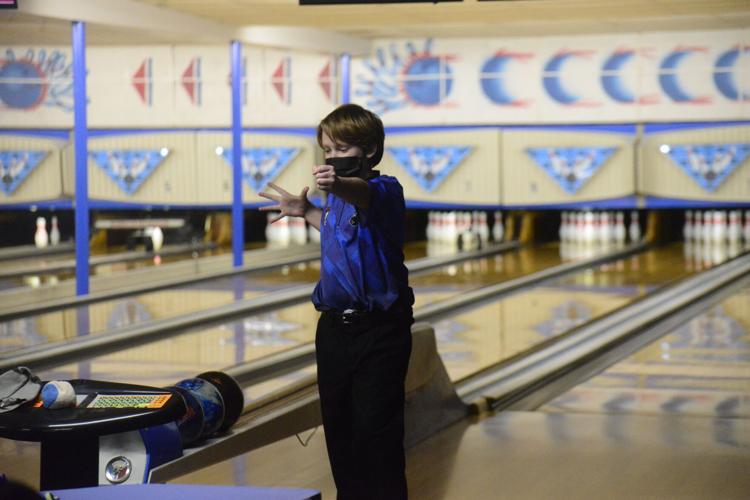 Hoosick Falls' Sam Boyer celebrates after bowling a strike during a match at Barbecue Recreation Bowling Alley on Thursday. 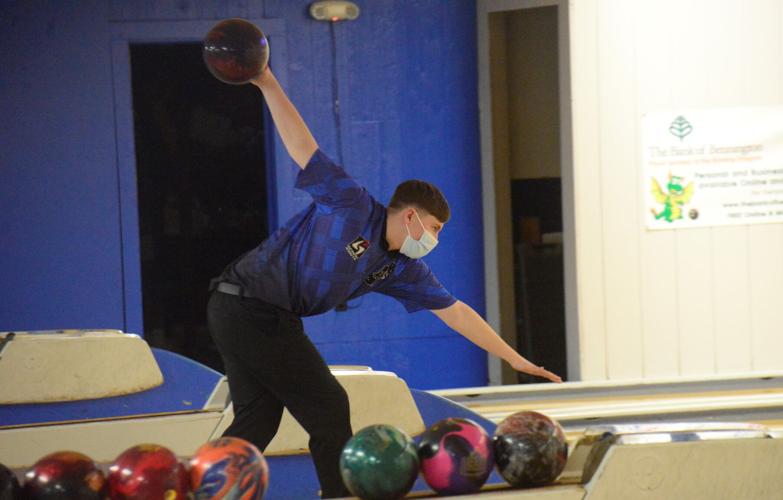 A Hoosick Falls bowler competes during Thursday's match against Berlin. 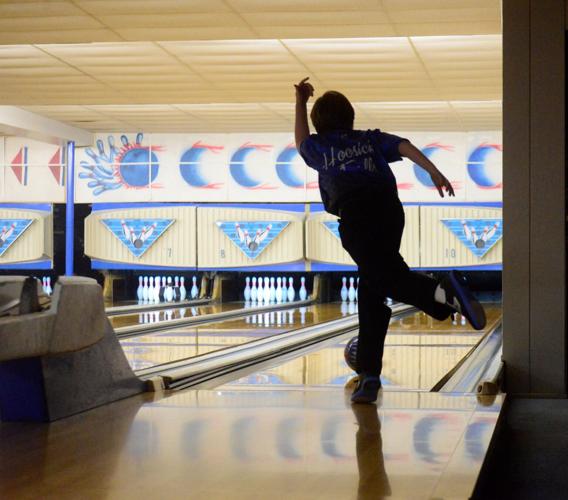 A Panthers bowler follows through on his release. 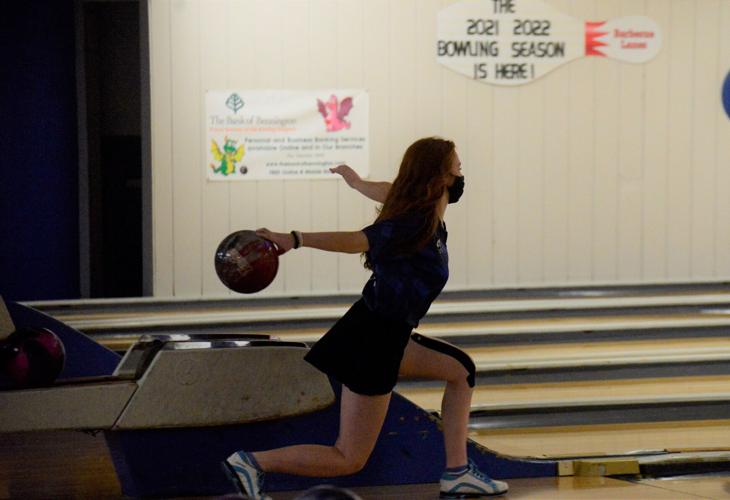 A Hoosick Falls bowler gets ready to release the ball during Thursday's match against Berlin. Hoosick Falls won 3603 pins to Berlin’s 2255.

Hoosick Falls' Sam Boyer celebrates after bowling a strike during a match at Barbecue Recreation Bowling Alley on Thursday.

A Hoosick Falls bowler competes during Thursday's match against Berlin.

A Panthers bowler follows through on his release.

A Hoosick Falls bowler gets ready to release the ball during Thursday's match against Berlin. Hoosick Falls won 3603 pins to Berlin’s 2255.

Coming off its senior night victory over Berlin on Thursday, Hoosick Falls’ record improved to 11-0 in matches and 55-0 in points on the season.

The Panthers have one more regular season match, Friday against Saratoga Catholic, but have already clinched the first seed in the Wasaren League’s postseason and a bye to the championship match.

Hoosick Falls now shifts its attention to its third straight Wasaren League title, which begs the question: What has made the Panthers so dominant in the alley during this run?

“We as a school and as a town are super lucky that we have the Barbecue Recreation Bowling Alley,” said Panthers coach James Lynch. “And the community that it kind of created in that space.”

Lynch said the owners of Barbecue Recreation — the home of Hoosick Falls bowling — Jack and Linda Fitzsimmons play a vital role in the program’s success.

Kids in Hoosick Falls have the opportunity to participate in bowling youth leagues through Barbeque Recreation on Saturdays, introducing them to the sport at a competitive level early on.

So when it comes time to join the high school team, which is in seventh grade for bowling in New York, the Panthers bowlers are already advanced.

As Lynch puts it, “These kids have kind of grown up in the sport.”

A tradition of excellenceA lot of the bowlers on the Panthers roster have parents who once bowled for Hoosick Falls, too. Lynch himself is a former member of the Hoosick Falls bowling team.

Just as he is experiencing plenty of success running the program, Lynch had plenty when he was the one knocking down the pins. A member of the Hoosick Falls Class of 2011, the Panthers coach was a part of two sectional titles with the bowling team.

He understands the tradition of the program and attributes the success to his surroundings.

“The bowling alley in Hoosick Falls and the community we’ve built there are a huge part of our success.”

Building a cultureLike any successful program, the Panthers have established a culture. That can be difficult in a sport like bowling which presents a couple added wrinkles that aren’t common in other sports. For starters, there is a wide age range: the youngest bowlers on the Panthers roster are 12 years old, while the seniors are 18 years old. Connecting as teammates can be difficult at times, but that’s where the team aspect of bowling comes in to play.

“It’s a funny sport; you’re rolling your own game, but what really matters is the team’s total,” Lynch said. “So there’s a lot of picking each other up. And that just kind of adds to that team chemistry.”

Lynch feels lucky to coach athletes from a young age.

“I get to see these kids grow for half a decade, which is awesome, and they do it together.”

He credits the seniors guiding the younger bowlers, as well as a constant cycle of talent which allows Hoosick Falls to sustain its success.

This year’s team has five seniors: Colin King, Brody Mullen, Riley Hayes, Ethan Yonconish, and Jamie Haviland. Many of them have been bowling together for at least the past four years, some longer than that. That sort of continuity only helps the program.

Virtual bowlingLast year’s season was held virtually as a response to COVID-19. Many times, the Panthers would complete their match and wouldn’t find out if they won or lost until the following day.

Despite the unique circumstances, Lynch enjoyed the fact that every match was held at the Barbecue, creating the same playing conditions for every match for his team.

“With that consistency, I thought that they were really able to focus in on their own game. There was nothing but you, your teammates and bowling.”

At the same time, not having the opponents in the same building did taint the competition aspect to some extent.

“We didn’t get that competitive environment.”

That created some added nerves once in-person matches returned this winter.

“We’ve had some tight matches this year where it’s the first time they were in that situation in a while. They hadn’t felt that pressure, they hadn’t seen the guy across the lane from them make their 10 pin or string a couple strikes together and feel that need to do it themselves.”

Despite this, Hoosick Falls just kept on rolling. The win streak continues, and Lynch is confident that the success isn’t going away.

“We haven’t had a rebuilding year, it’s kind of been more of a reload. I’ve got a lot of bowlers coming back who have varsity experience. I’ve got other bowlers who are ready to step up now but have to wait till next year because there’s some seniors ahead of them.”

King has constantly been among the top bowlers this season for the Panthers, though their depth has been impressive. Brody Mullen, Riley Hayes, Ethan Yonconish, Ryan Maxon, Elliott Brenenstuhl, Payton Merrills, Memphis Hathaway, Bradley Senecal and Jenna Backes have all registered strong scores and have played a big part in extending the winning streak.

The Panthers coach says he is fortunate to be a part of the program.

“It’s something that I’ve been lucky to be a part of, and I hope it continues where we’ve got kids ready to go every year.”