Tampa Bay Buccaneers quarterback Tom Brady (12) sets back to pass during the first half of an NFL football game against the Atlanta Falcons, Sunday, Jan. 8, 2023, in Atlanta. 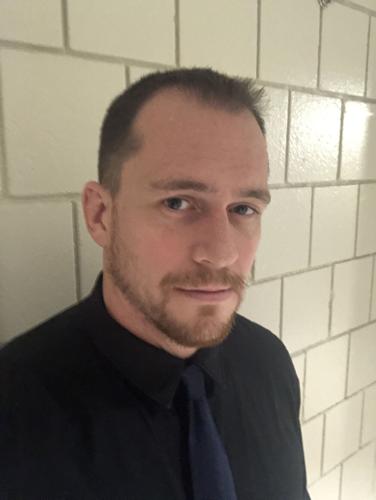 Tampa Bay Buccaneers quarterback Tom Brady (12) sets back to pass during the first half of an NFL football game against the Atlanta Falcons, Sunday, Jan. 8, 2023, in Atlanta.

There exists a bizarre phenomenon among sports fans and pundits where we all feel the need to weigh in on the career paths of grown men and women. Who should be fired, who should sign with what team and – of course – who should retire. We aren’t just talking about armchair quarterbacking here. This is more like armchair life coaching someone we’ve never met, with more discipline and toughness in their pinky than most of us have in our entire bodies.

Look no further than the fallout of the Bucs’ playoff loss to the Cowboys on Monday night for examples. I’m not just talking about random posters on the verbal septic system that is Twitter. No, respected voices in sports media, such as CBS Sports’ Damon Amendolara decided they had seen enough of the greatest football player there’s ever been.

“You couldn’t come away from that game and have been like, ‘He should definitely play another year,’” Amendolara said on The D.A. Show on Tuesday. “Don’t come back.”

I couldn’t disagree with you more, Damon. Frankly, it’s not up to you. It’s up to Mr. Brady.

I have to address the elephant in the room. Is Brady the player that he once was? Absolutely not. I would caution against making that case based solely on Monday night’s drubbing from the Cowboys, since they ranked first in takeaways, third in sacks, and fifth in points allowed this season.

With that being said, Brady hasn’t looked quite like his old self this entire season, despite the fact that he did have weapons in Tampa. There are some circumstances both within the organization and in his personal life that may have contributed to his underachievement. I wrote earlier this year that it wouldn’t surprise me if Brady someday came out and admitted he missed Bill Belichick’s system and “The Patriot Way” toward the end of his career.

I digress, though. The thing is, it doesn’t matter if Brady isn’t the same player that he once was, because we as sports fans have a responsibility to remember great players for their peaks as well as their struggles as a rookie or their diminished capabilities in their twilight.

John Romano of the Tampa Bay Times published an article on Wednesday with the headline: “It’s been a blast, but Tom Brady should retire before this gets ugly.” The sub-headline asks,” Make no mistake, he is good enough to keep playing. But is he good enough to maintain an unparalleled level of excellence?”

What I don’t understand is why Brady has to maintain that unparalleled level of excellence, at 46 years of age, to retain the right to play professional football. If he is still a productive NFL quarterback, if he still loves the game, and – hell – if he needs the money after divorce (unlikely, but who knows?), why do so many have the audacity to tell him to hang his cleats up?

Will another year or two where Brady is merely a top-15 quarterback rather than the superhuman he’s been for over two decades, really damage his legacy? It shouldn’t.

I want to be clear, I am no Brady apologist. I do think his conduct this offseason should be a stain on his legacy, albeit a small one. Trying to save his marriage or not, taking an 11-day vacation during training camp was a terrible look. Everyone has personal problems, but that doesn’t excuse us from doing our jobs. It smacked me as fraudulent from a guy who purported himself to be the ultimate “team guy” for decades.

And don’t even get me started on his comparison of a football season to a military deployment. Which made me roll my eyes twice – once for how woefully wrong he was, and once for the inevitable outrage I’d have to listen to from my veteran friends.

This is all to say that I am no Brady fanboy. However, these relatively minor blemishes on his legacy still do very little to close the massive gulf that exists between him and the rest of the greatest quarterbacks of all time.

Perhaps nothing defines Brady’s legacy better for me than when he led the Patriots against my Eagles in Super Bowl LII. I, for some reason, decided it would be a good idea to invite friends over to watch the game. I proceeded to alienate all of them for the night and act like an absolute lunatic alone in the corner the entire game because of who was under center for the other team. Until it was all zeroes on the clock, I couldn’t shake the feeling that Brady was going to steal the Eagles’ first title away.

There were flashes of that fear Brady can strike in an opponents’ heart like no other, even in a mostly dismal performance on Monday night. Late in the third quarter, when Brady found Julio Jones on a perfect ball 30 yards up the left sideline and into the end zone, it closed the score to 24-6 with the two-point conversion pending. Cowboys fans everywhere had to be wondering, even if only briefly, if this was where things started to unravel for them. I would submit that any who didn’t either weren’t paying attention or are just big, fat liars, but that’s between them and their god.

Brady is far from the first athlete to play past his prime, and he won’t be the last. Most of the greatest to ever do it in their respective sports did exactly what Brady is doing right now. Ben Roethlisberger, Phillip Rivers and Brett Favre are all good recent examples of quarterbacks who “held on too long.” They’re all still Hall of Famers, or will be.

Wayne Gretzky’s production tailed off in the last several years of his career with the Rangers. He’s still “The Great One.” Michael Jordan toiled for two years missing the playoffs with Washington following his second retirement (albeit, averaging over 20 points per game in both seasons). He’s still “The G.O.A.T.”

The greatness of these players is not diminished by the fact that they didn’t meet the same heights in their late 30s as they did in their prime. They squeezed every last ounce out of their abilities and gave everything their bodies had to the games they loved. Brady is attempting to do the same, and that should be commended, not criticized.

There’s no way to predict what Brady can be from here forward. To say a 46-year-old quarterback is in uncharted territory would be an understatement. We have no means of knowing what a signal caller with his combination of extremely limited mobility, but also unprecedented experience, savvy and poise, can accomplish in today’s NFL. There is no data to extrapolate, no model or projection, for Brady’s remaining career.

What I do know is that I learned a long time ago to stop betting against Brady. I’m now at the point where I’d rather be wrong once when the wheels finally do fall off, than keep being wrong every season when I try to say “this is the year.”

Maybe Brady really will fall off the proverbial cliff next year. Maybe he won’t play at all. Either way, if there’s an athlete that’s earned the right to make that decision without media drivel buzzing in his ear that he should call it quits, it’s Brady.

Tory Rich can be reached at trich@manchesterjournal.com