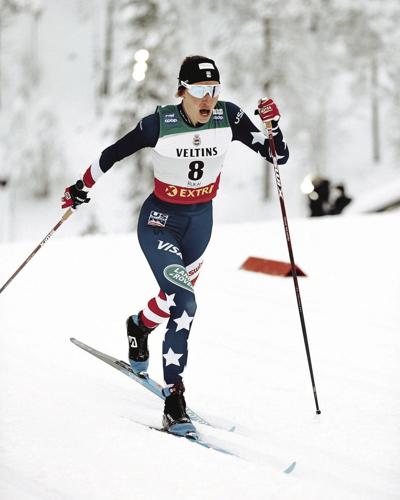 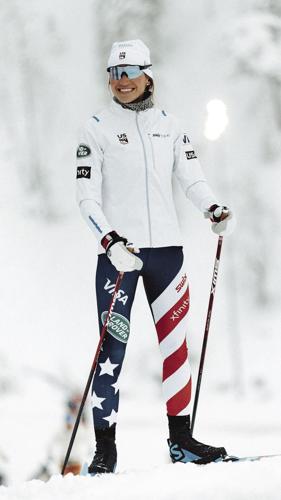 One of the most accomplished American Nordic skiers is retiring from the sport. Vermont native Sophie Caldwell Hamilton announced on Thursday via her Instagram account that she has decided to call it a career.

And what a decorated career it was.

The two-time Olympian and two-time World Cup event champion is simply ready to begin a new chapter in her life.

“I think even though there are so many things about it that I still love, I felt ready to be moving on to the next thing,” said Caldwell Hamilton during a phone interview from Germany, where the World Cup has been ongoing. “I also wanted to stop while I do still love the sport and while things are still going pretty well because I’d like those memories to stay positive.”

Things are definitely still going well, as the Peru native reached her 10th career individual World Cup podium earlier this season during the 1.3 km women’s free sprint race in Dresden, Germany, placing second overall in the event back in December.

Caldwell Hamilton said she and her husband — fellow U.S. Nordic Olympian Simi Hamilton — have contemplated retirement over the past few years.

With the pandemic shortening the 2020 season last March, they didn’t think it was the right time to hang up the skis just yet.

“At the end of last year, everything was cut a little short with COVID and we didn’t feel like we really had the closure we wanted and also weren’t sure if we wanted to be done,” Caldwell Hamilton said.

COVID-19 would ultimately play a role in her retirement after all. Caldwell Hamilton was set to compete for her country one last time this weekend, but a positive coronavirus test altered those plans.

“This weekend I was planning to race my final races as a professional skier, but it looks like my final race was really two weeks ago,” her Instagram caption read. “I had a positive Covid test on Monday morning and have been in isolation in my hotel room since then.”

“While this is frustrating and heartbreaking, we understand that health is the priority and we are grateful to be healthy,” the caption continued.

As the 2021 season progressed, Caldwell Hamilton, 30, found it more difficult to find an edge on the mountain.

“I think for me, as I’ve gotten older, it’s been a little harder to find that competitive racing edge,” she said.

In a decorated career, Caldwell Hamilton highlighted her first Olympic experience in the 2014 Sochi Games as an experience she’ll never forget.

“Every moment of those two weeks I just felt like I was living the dream,” she said.

The attention the Olympics draw is what made those moments so special for her.

“For those couple weeks at the Olympics, it seems like everyone in the country and everyone you’ve ever met tunes in to watch,” Caldwell Hamilton said. “So that was a pretty cool feeling. Just, like, ‘Wow, I’ve made it to the big stage now.’ And, you know, realistically those races aren’t any more competitive than the World Cup races we’re doing every weekend but I think the fact that they’re such a big deal in the U.S. makes it seem like a bigger deal for us.”

Caldwell Hamilton competed for years on the international circuit, including winning two World Cup events, one in Oberstdorf, Germany, in 2016 and another in Seefeld, Austria, in 2018.

“That’s been really special for me because when I first joined the team, I was one of the youngest ones and I had some older role models to guide me,” she said. “And so my hope is that I’ve been able to play a bit of the same role for these younger girls coming up.”

There is no doubt she has.

While training with Stratton Mountain’s Elite T2 team, the Vermonter has been able to take young standouts under her wing including Katharine Ogden, Julia Kern and Alayna Sonnesyn. Ogden and Kern have been competing in the World Cup alongside Caldwell Hamilton this season.

Caldwell Hamilton’s ties with Ogden go even further back. She babysat her teammate when Ogden, who is from Landgrove, was a child.

“It’s been cool to really watch her develop as a person, and an athlete,” Caldwell Hamilton said. “That’s been fun for me to take them under my wing and hopefully give them some positive guidance. I know they’re going to forge their own paths, but I know I was grateful for the role models and guidance I had when I first joined the team. Hopefully, I can provide a little of that.”

The guidance she provides will help the country continue to evolve in the sport. The United States has made huge strides over the past several years. At the 2018 Pyeongchang Games, the U.S. earned its first-ever gold medal in any Nordic event, winning the women’s team sprint freestyle event by 0.19 seconds, where Kikkan Randall and Jessie Diggins took home the gold. Finally, the United States was on the map of a sport typically dominated by European countries.

Caldwell Hamilton’s career runs parallel to the United States’ rise as a national contender in the sport.

“When I joined the team, the U.S. had started to have some success but it was still relatively new,” she said. “I think that’s really only built on itself and each year we have more and more success as a team. It’s so crazy to look back and see the standards that we hold ourselves to now compared to what they were before.”

Caldwell Hamilton said when she was rising through the ranks, “it was an amazing day” if an American placed in the top 30 at the World Junior Championships. Today, Americans are taking home gold medals at that stage.

Caldwell Hamilton has enjoyed seeing the success of her predecessors.

“It’s so cool because I think it just shows how far our sport has come and I think we’re known as one of the stronger nations in the World Cup now,” she said.

Unlike in Scandinavian countries like Norway or Sweden where the sport is a national pastime, having similar success as an American skier is a big deal.

“In the Scandinavian countries ... every kid is put on skis as soon as they can walk. Cross country is gaining momentum and becoming more popular in the U.S., but it’s by no means a football or baseball or basketball. So I think that makes it kind of even more impressive how far we’ve come.”

Caldwell Hamilton credits her parents’ influence on introducing her to the sport, but not pressuring her into competing. Her family is considered one of the most influential in the sport, as her dad, Sverre, has been a long-time coach at SMS and for the Tier 2 team, her uncle Tim was an Olympic racer, along with her grandfather, John, who was also an Olympian and who many consider the godfather of cross-country skiing in the United States.

“My mom was a ski racer and my dad is a ski coach and they both loved skiing, so we were basically on skis as soon as we could walk,” Caldwell Hamilton said. “But when we were young, it was more of a social thing. It was what all their friends did and what our family did. We could go out for [a day of skiing] and have yummy snacks and enjoy each other’s company and they kind of let us decide where we wanted to go from there. I think it allowed us all to enjoy the sport as a family and always have a positive relationship with the sport and so I’m really grateful for that.”

She got her start in competitive skiing at Stratton Mountain School, which she graduated from in 2008. SMS is one of the most competitive winter-sports schools in the country and has produced 46 Olympians. From there, she became a five-time All-American while competing for Dartmouth College.

Caldwell Hamilton said the toughest part about moving on is saying goodbye to teammates that have become lifelong friends.

“As I’ve gotten older, it’s been a little harder and harder to find my competitive side, and it’s been easier and easier to appreciate the relationships and the connections that I’ve formed being on this team and being in the sport,” she said. “Having found some of my best friends through this sport, who I know will remain my best friends forever, but it’s gonna be hard knowing that I don’t get to see them every day.”

As far as what’s next for the Olympian, there’s still a lot of unknowns.

Caldwell Hamilton also mentioned the possibility of becoming a volunteer coach. No matter what comes next, she knows the mountains will never be far away.

“I’ll always stay involved in the sport,” she said. “I’ll always be a skier and my hope is that I can help other people enjoy the sport like I have because I think it’s a really special sport that hopefully more and more people are getting involved with.”