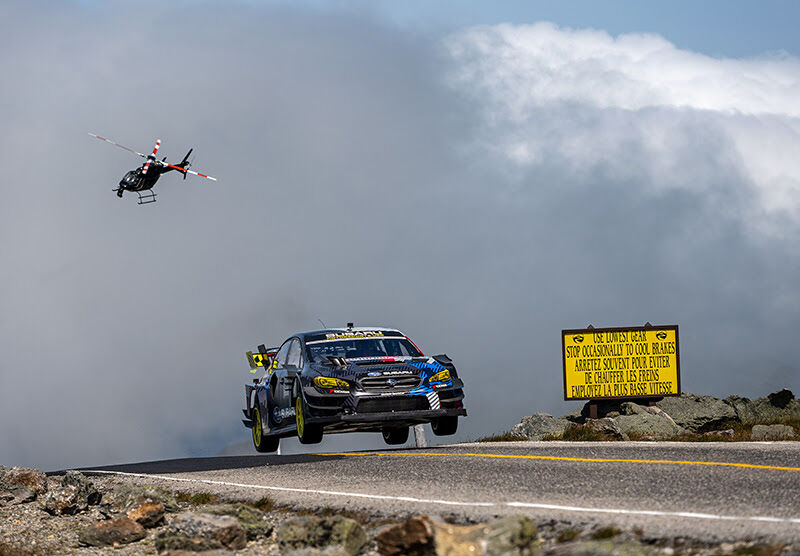 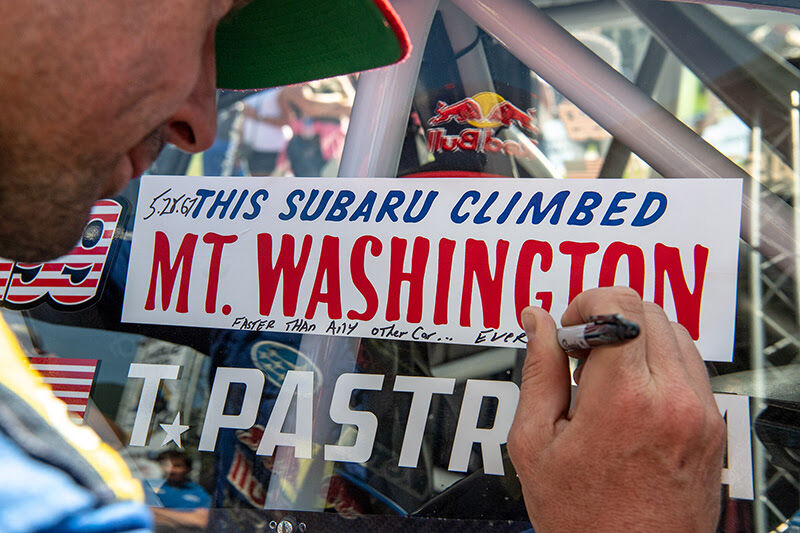 Travis Pastrama signs his car after breaking the track record during an Aug. 15 race at Mount Washington. 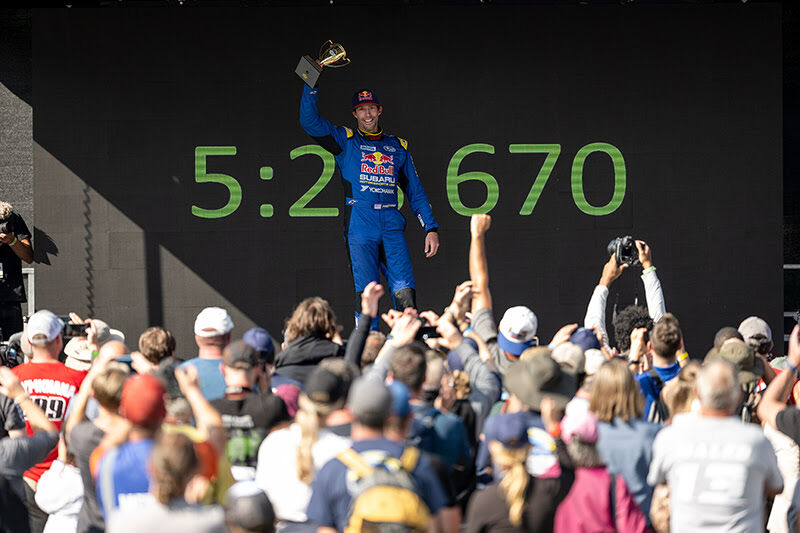 Pastrana celebrates his new record time with fans in attendance.

Travis Pastrama signs his car after breaking the track record during an Aug. 15 race at Mount Washington.

Pastrana celebrates his new record time with fans in attendance.

Around 2,500 spectators watched as history was made when Pastrana blasted his 2017 speed record, making his way up the steep, windy Mt. Washington Auto Road with a jaw dropping time of 5 minutes and 28.67 seconds.

For anyone who has driven the 160 year-old Mt. Washington Auto Road, this blisteringly-fast time to reach the summit is almost inconceivable. Typically travelers go between 20-25 miles per hour on the road as there are no guardrails on the narrow asphalt and gravel surface that features dramatic drop-offs into the Great Gulf Wilderness. Pastrana averaged 80 miles per hour on the 7.6 mile course with a top speed in excess of 130 miles per hour.

Pastrana has memorized each corner, swerve, and bump on the Auto Road, which is known as one of the most challenging technical hillclimbs in the world. In 2017, he broke the record of 6 minutes 9.09 seconds set by his teammate at the time David Higgins, with a time of 5 minutes and 44.72 seconds.

“New record in the books!” said Pastrana after his winning run. “This car is the perfect machine to do it. Coming off a second-place finish at Goodwood, I really wanted to set a new record here to show what the car could do in the right environment. Luckily we really had good weather this year and I knew if I could get a clean run in, I’d have a great shot at the 5:44 time. So much fun and I can’t wait to do it again next time!”

The Mt. Washington Hillclimb is the nation’s oldest motorsports event dating back to 1904. The event was created to demonstrate the power and capability of automobiles versus horse-and-buggy. The record that year was set at 24 minutes 37.6 seconds by Harry Harkness driving a 60 horse-power Mercedes.

Paul Giblin, Event Director from the Sports Car Club of New Hampshire, the sanctioning organization of the race, was thrilled with the weekend festivities and gave appreciation for all that made the event possible. “We’d like to first thank the several hundred volunteers who helped make the 2021 Subaru Mt. Washington Hillclimb presented by Yokohama Tire possible,” he said. “In addition, we’d like to thank our Title sponsor, Subaru of America as well as our Presenting sponsor, Yokohama Tire. We’d also like to thank our partner in this endeavor, the Mt. Washington Auto Road, for their efforts in allowing this legendary motorsports event to take place and keeping the legacy of racing alive at the Mt. Washington Auto Road.”

Second place overall went to Cole Powelson in his 2020 Sierra Alpha, coming in 39 seconds behind Pastrana. Christopher Duplessis, who, as a 14 year-old corner worker on the Mt. Washington Hillclimb was part of a heroic rescue and went on to compete in rally championships around the country, placed third.

Full results can be found on the event website, https://mt-washington.com/climb-to-the-clouds.

Event organizers are already planning the return of this incredible motorsports event, typically held every three years in July.