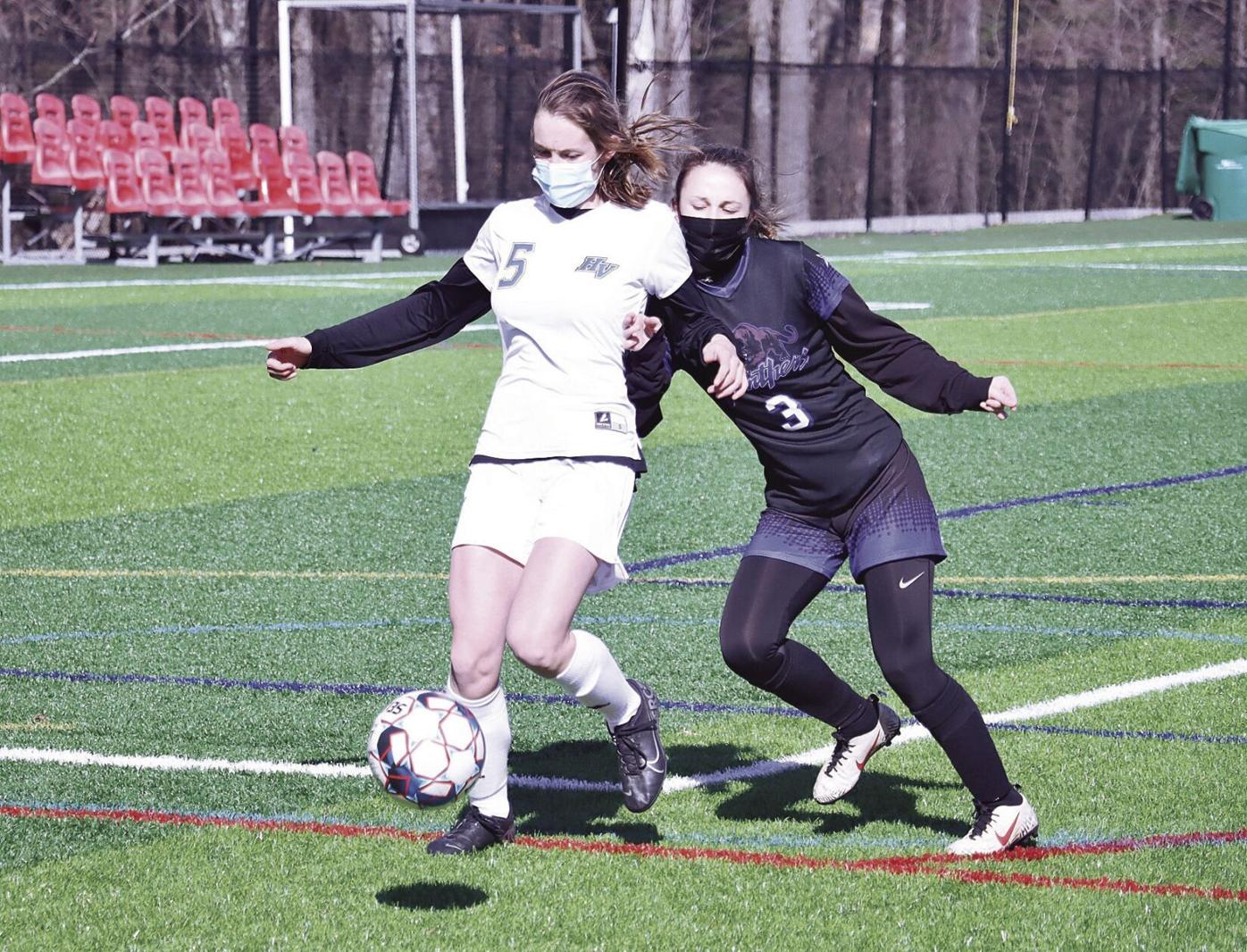 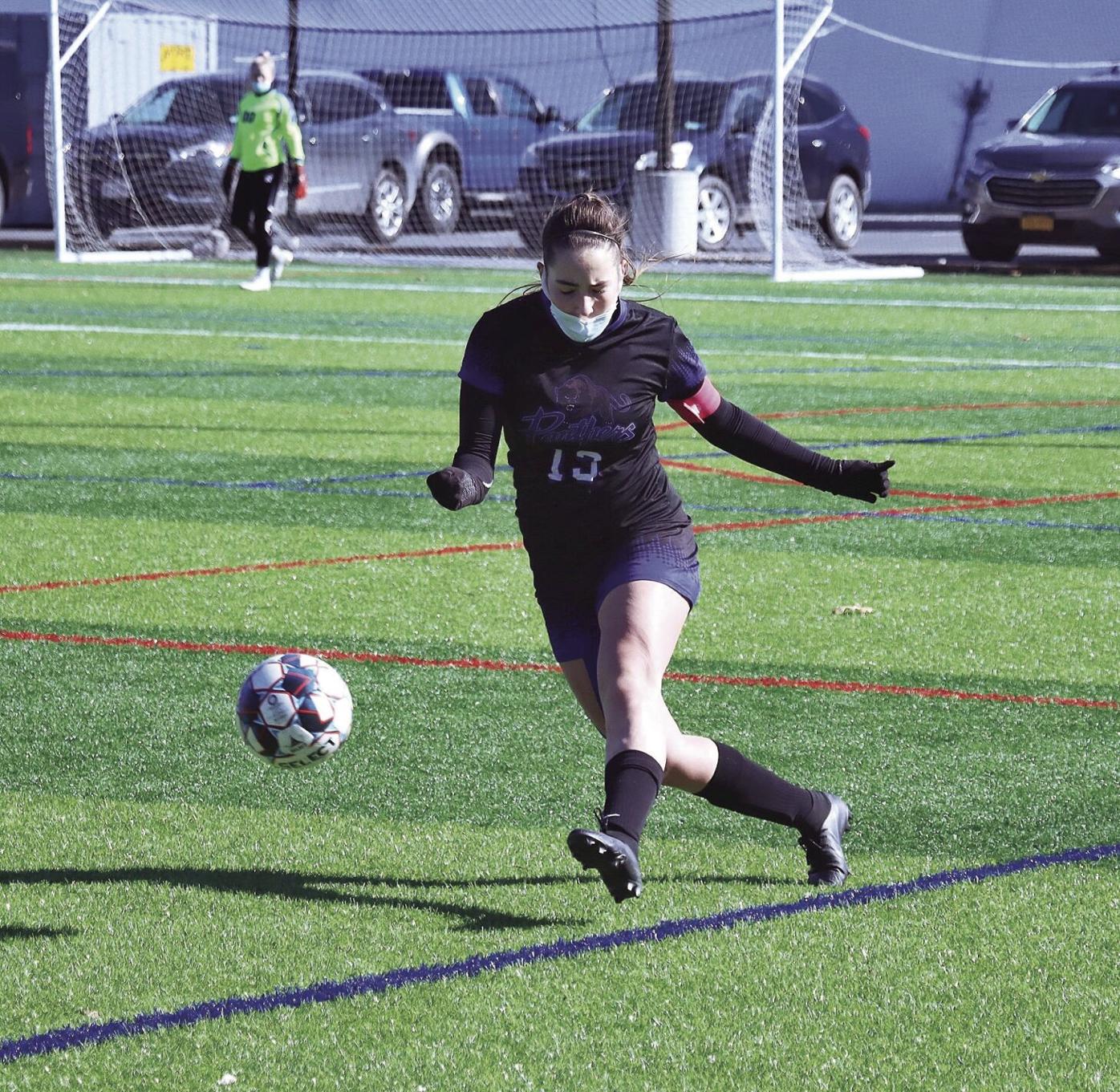 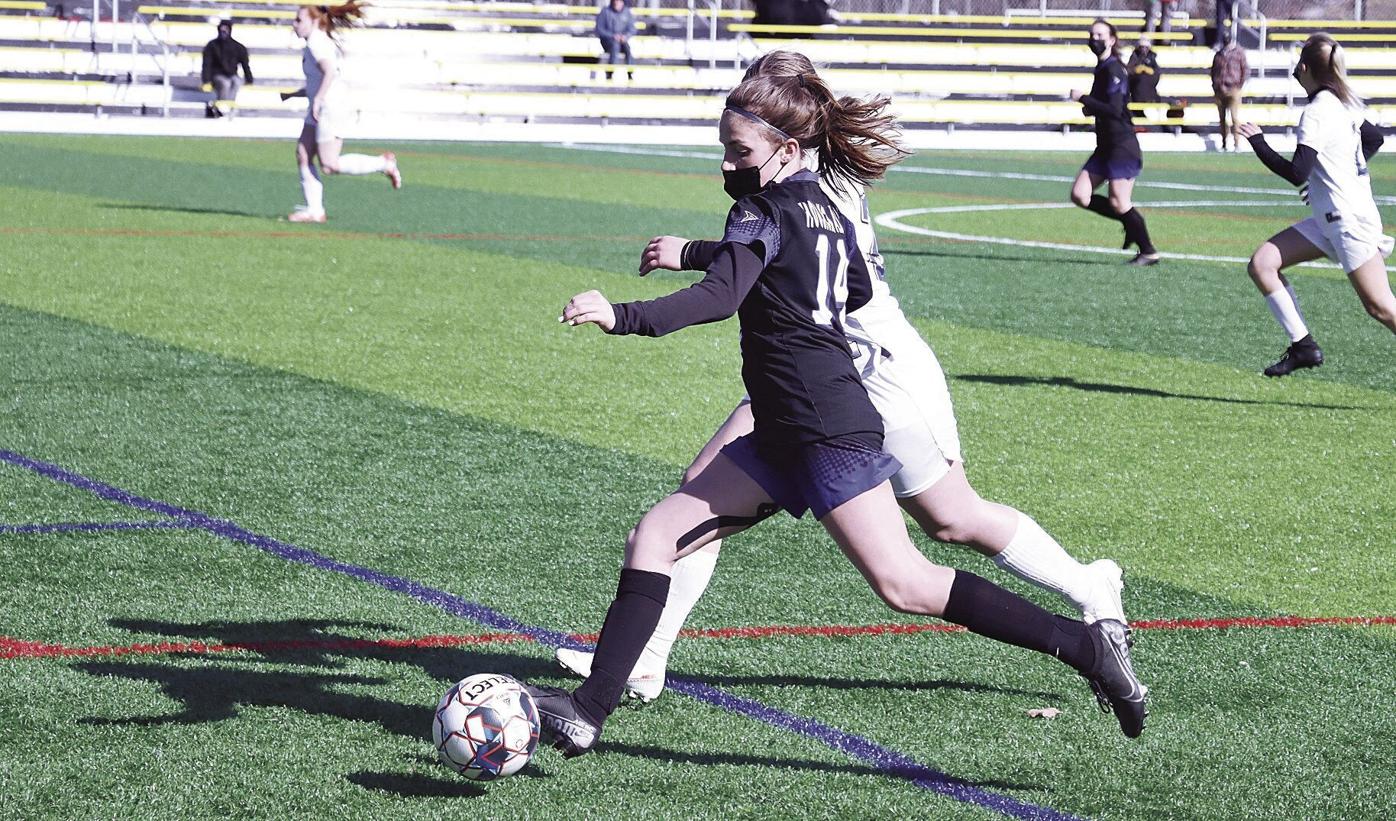 COLONIE, N.Y. — Hoosick Falls had plenty of chances on Monday, but couldn’t get one in the net against Hoosic Valley.

“We just didn’t finish, there’s nothing else you can say,” said Hoosick Falls coach Tom Husser.

Megan “Bean” Perry gave the Panthers a handful of opportunities with some beautiful strikes on corners and free kicks throughout the match.

“Bean had some great restarts,” Husser said. “She probably had 10 restarts and maybe she missed on one. And we ended up getting that one.”

In the first half, Perry set up Sydney Kasulinous on a corner from the left side. Kasulinous attempted a header a few feet from the goal, barely missing the ball.

A few minutes after the near-score from Kasulinous, Hoosick Falls had another pair of opportunities to put a tally on the scoreboard.

After an initial shot was deflected by a defender within the box, the ball found the foot of a Panther near the net.

That shot was deflected by a Valley defender, finding another Panther, which was again deflected before Valley was able to clear the ball and escape the scoring threats.

Perry missed the top right corner of the goal by mere inches on a free kick in the second half from outside the box.

The shot was a smidge too high and to the right.

The Panthers played in front of the Valley net for the majority of the 80 minutes of action, but Valley goalkeeper Evelyn Martel stopped everything that came her way, registering 16 saves.

Despite not being able to put one in the net, the Panthers showed improvement. It was Olivia Estes’ second game protecting the net, earning her first career shutout. Estes, who stands 6-foot-1, was credited with four saves.

“She’s such a big body and she’s going to get better every game,” Husser said.

Husser said he was also happy with the way the defense played. The 18 shots were a season-high for the Panthers.

Valley had a few through balls in the final minutes of action that had a chance at giving them the lead late, though the Panthers held their ground and keep the game scoreless.

Kate Waugh had two chances in the final three minutes herself. The Panthers nearly snuck away with a last-second goal on Waugh’s last opportunity, but Martel deflected and gathered the ball as the last line of defense.

The Panthers (0-3-1) will take on Berlin Wednesday at 4:30 p.m. as they look for their first win of the season. The game is scheduled to be played at the soccer complex on South Street.