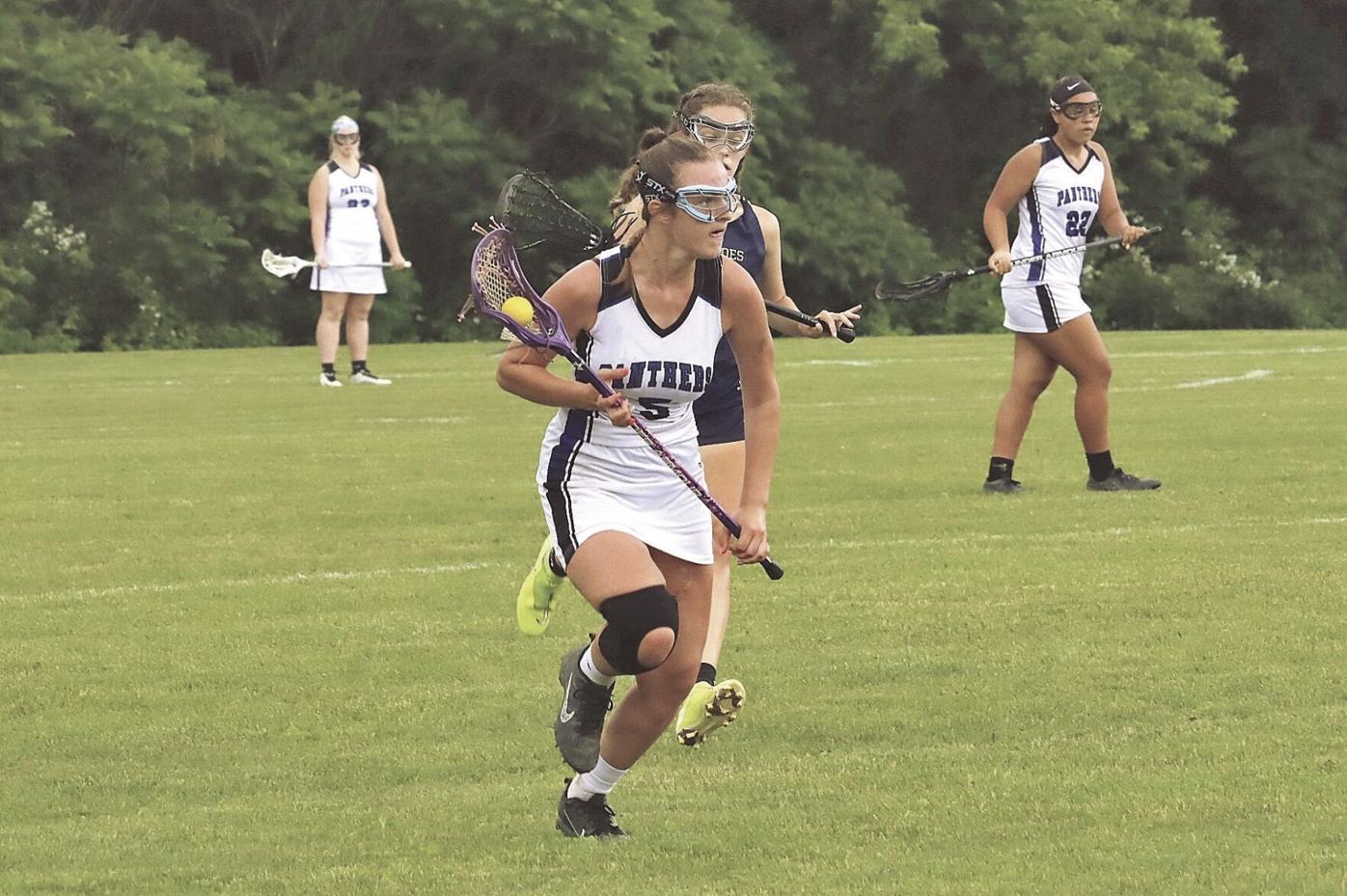 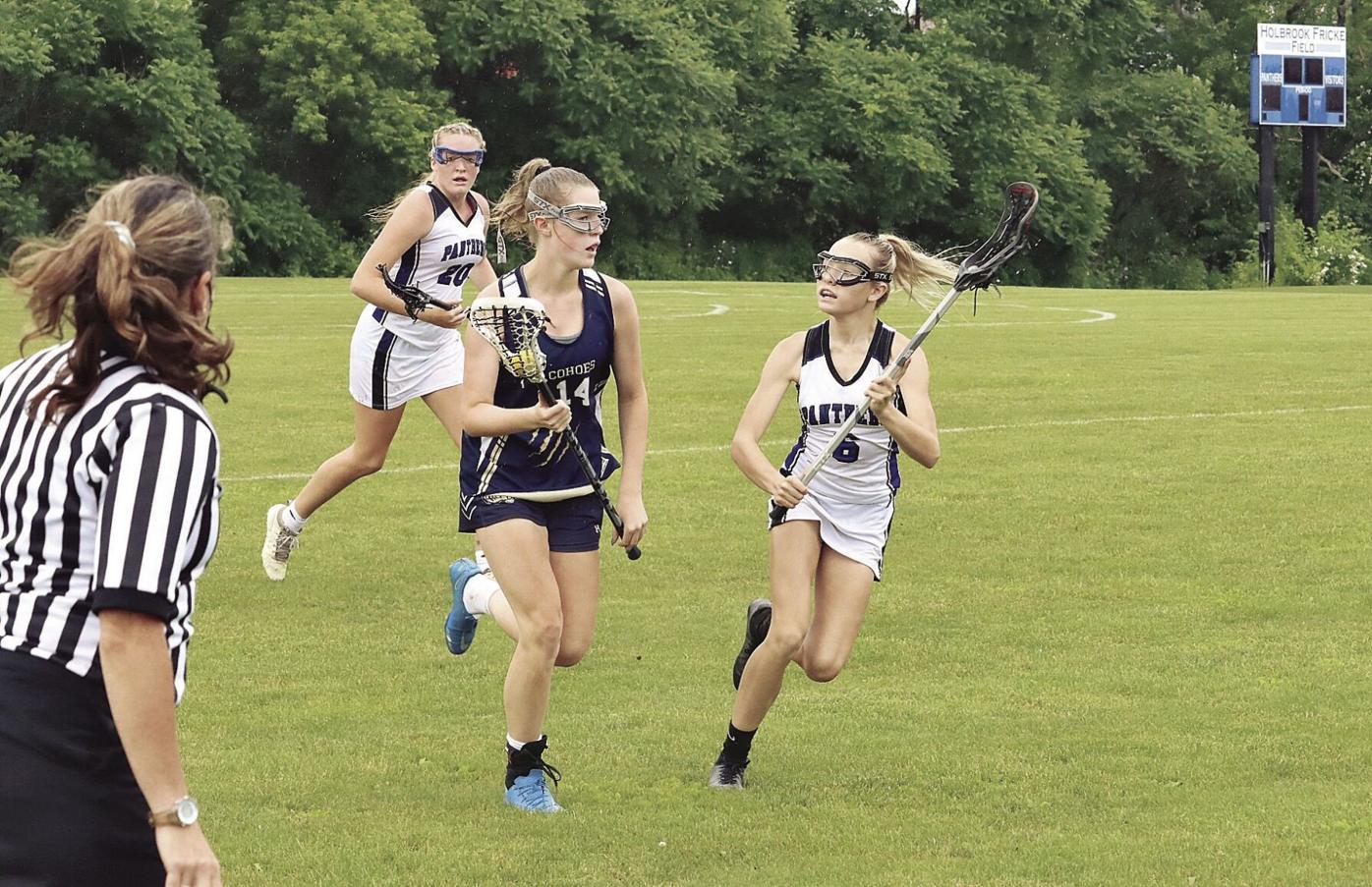 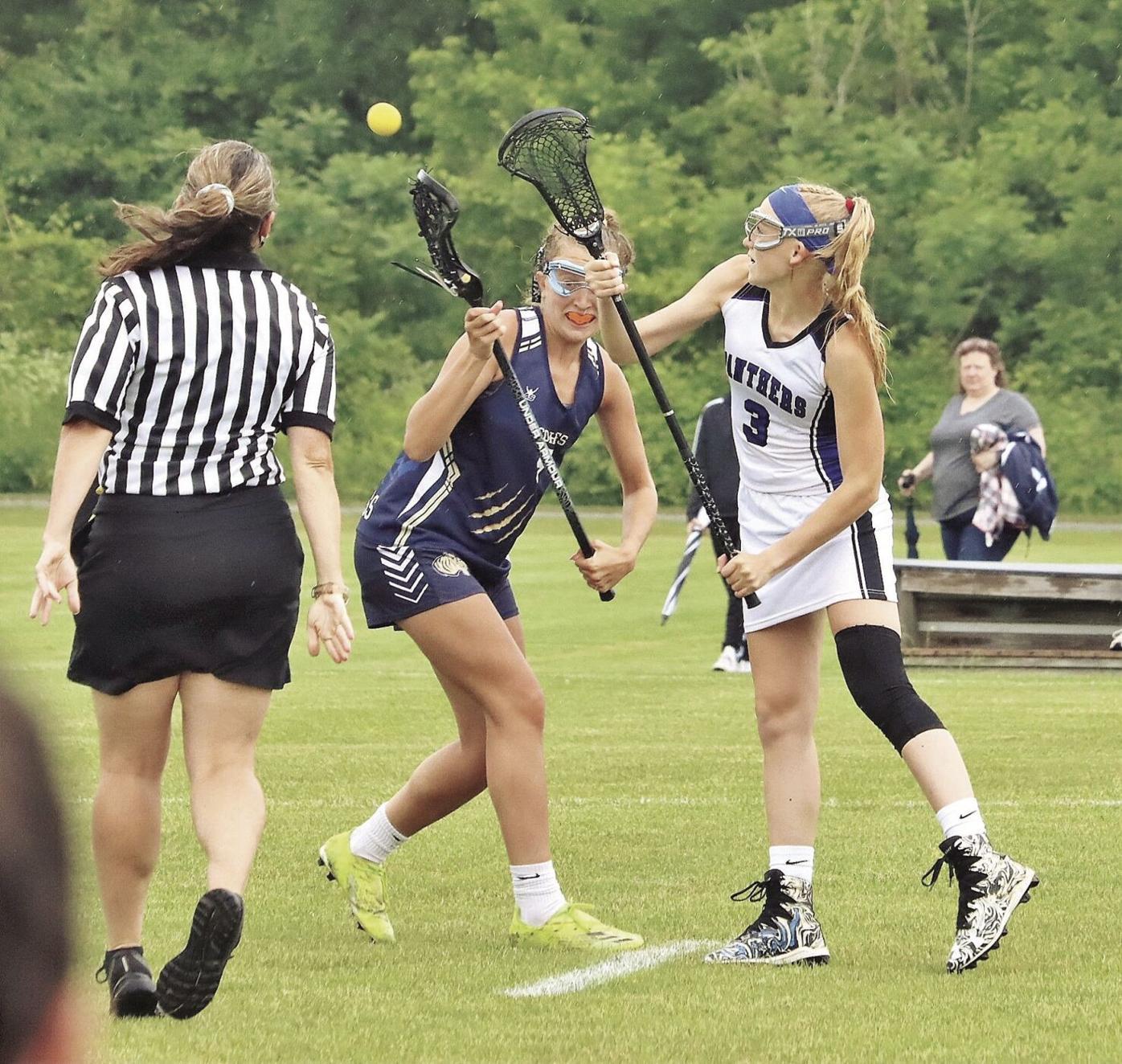 HOOSICK, N.Y. — Cohoes’ Quincy Hytko has been a problem for most teams this season, but she seems to give Hoosick Falls a really tough time.

In the first two games against the Panthers this year, Hytko has been the leading scorer. She did it again on Tuesday in the Section II, Class D quarterfinals, scoring nine of her team’s 13 goals in a 13-12 win over the No. 3 Panthers at the Helft Complex.

As dark clouds loomed, Cohoes came out of the gate fast, scoring the first three goals of the day to take an early advantage. At that point, Mother Nature had a say, and the game was stopped for a thunder and lightning delay about eight minutes in.

After the 30-minute stoppage, the skies lightened up and Hoosick Falls scored the next five goals to take the lead back at 5-3 about halfway through the first half.

“We came out of the weather delay with five straight goals and they were confident once they got that momentum, it shook up our mindset,” Leva said.

“I think it’s hard, especially when you get out early in the game and then you have to wait for 30 minutes. It’s important to come back, but Hoosick Falls bounced back and got the lead,” said Cohoes coach Jake McHerron. “In this game, three goals is nothing. I told the kids, stay focused and we’ll get them when it really matters.”

Hytko helped the Tigers get back into the game toward the end of the half, with goals at the 4:13 mark and with 30 seconds left to cut Hoosick’s lead to 8-5 at the break.

After an abbreviated halftime, Hytko was a machine drawn to the goal as she scored three straight times in the first three minutes of the second half to tie the game at 8-8. Then less than two minutes later, Jaclyn scored to make it 9-8, Cohoes, giving the Tigers its first lead since 3-0.

“Cohoes improved a lot, they did good on the draw today,” Leva said. “Their intensity was up for 50 minutes and they were relentless today.”

The Panthers kept fighting back, with goals in the second half from Jaid Kaminski, Mersadeys Fowler and Maddie Kasulinous to retake the lead at 12-11, but Hytko scored her ninth and final tally with only a few minutes left to tie the game at 12-12.

“They dug their heels in and we had some players come up with some incredible great plays and that was the difference in the game,” McHerron said.

With 3:54 left, Jenna Mills scored the eventual game-winner, and Cohoes managed to keep the ball away from the Panthers in the last minutes.

Kaminski had three goals for the Panthers.

“We’re definitely going to miss them next year,” Leva said.