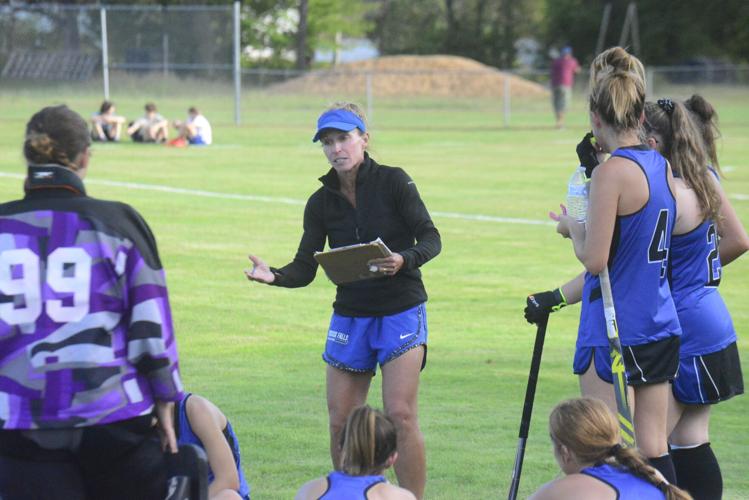 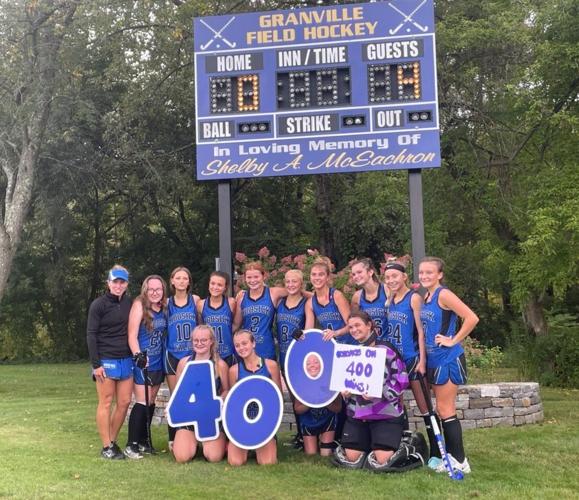 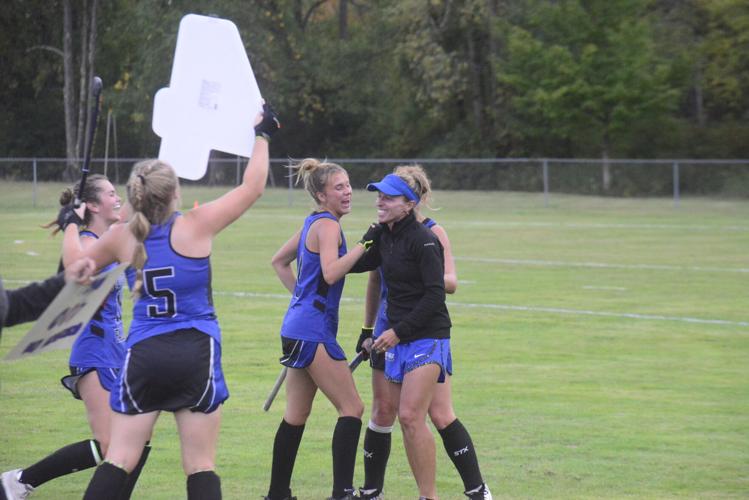 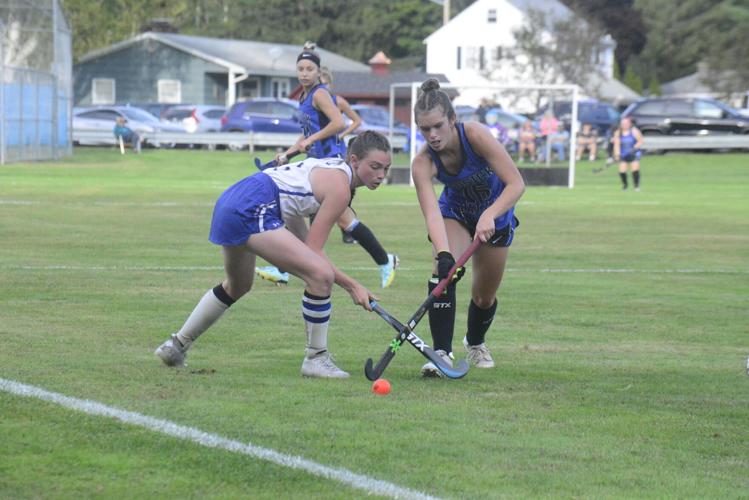 MacKenna Roberson (right, 16) moves up field while being defended by a Granville player. 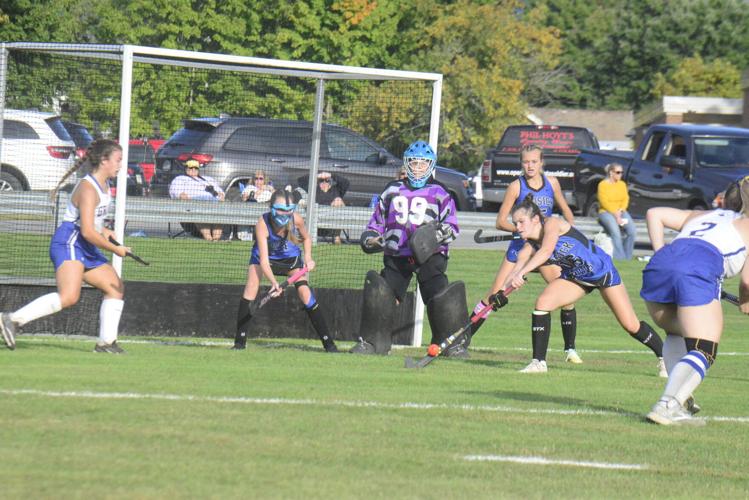 MacKenna Roberson (right, 16) moves up field while being defended by a Granville player.

GRANVILLE, N.Y. — The tradition surrounding the Hoosick Falls field hockey program is rooted in wins. Wednesday afternoon’s game at Granville was a not so subtle reminder of that, as Panthers coach Denise Campbell earned the 400th victory of her career.

“It’s always been there since I was in high school; we’ve always had that tradition of working hard, staying focused and playing for wins,” Campbell said after the milestone.

The wins have been piling up as of late. The Panthers (7-0) bested Granville 4-0, who entered the game unbeaten.

A key part in Hoosick Falls’ victory on Wednesday was its ability to slow down the Golden Horde’s attack. Granville looked to push the ball down field with long shots. The Panthers defense did a good job getting in front of those chances and slowing them down, specifically Ava Case.

“(Ava) was just phenomenal today. Defensively, she saved us so many times,” Campbell said.

The coaching points could be heard during each break in Wednesday’s game. When the Panthers returned to the sidelines after failing to score in the first quarter, Campbell told her players to “focus on your job” in the team huddle. She reminded the Panthers to crash the cage on a shot attempt and be there for the rebound. She also focused on her players spacing on the field, reminding them to be available on diagonal passes.

Both of those tips led to goals in the following quarter. Emma McCart started things off by dribbling into the middle of the field and near the net a minute into the second quarter. She fired a shot, blocked by Granville goalkeeper Megan Decker, but Ava Kasulinous was right there to flick in the rebound and put the Panthers on the board.

Tatum Hickey added a score later in the quarter on a nice cross from Brooke Tonneson, another point of emphasis in the Panthers huddle. That gave Hoosick Falls a 2-0 advantage at the half.

You don’t accumulate 400 wins by being complacent. Campbell reminded her team at the break that their work was far from finished.

“You can not come out flat,” she said. “Don’t let down, be mentally tough.”

Hoosick Falls showed just how resilient it is in the final play of the third quarter. Maintaining a 2-0 lead with 37 seconds left, Hoosick Falls was awarded a penalty corner. A shot on the cage and another Decker save, one of her 18 on the day, set up another corner. A Granville infraction as the clock reached zeros set up yet another corner, this one untimed.

McCart received the ball and dribbled through traffic in the middle of the field, eventually firing a shot stopped by Decker, but Tonneson was there to tap-in the rebound and make it 3-0 Hoosick Falls heading into the final quarter.

McCart added a score of her own in the final five minutes of the fourth quarter, set up by a Megan Marcoux assist.

The goal for the Panthers year in and year out is to make it to the sectional finals. That’s been the expectation even before Campbell was in high school.

Last year, they made it all the way to the state final, the first time in Campbell’s tenure. The Hoosick Falls coach is enjoying the ride.

“It’s just nice to be able to bring it back and celebrate with these kids that have come through the program as well, and just enjoy it,” she said.

Even with all the congratulatory signs and hugs from players past and present in attendance Wednesday, Campbell’s focus quickly shifted from the achievement to the next opponent.

“Hopefully they can have the success they did last year, but we still have a lot of work ahead of us,” Campbell said. “We’re only halfway through the season, so (we) just got to make sure we stay focused and not get too big of heads.”

The next task on hand comes Monday at Glens Falls. You can bet Campbell will have the Panthers ready to compete.