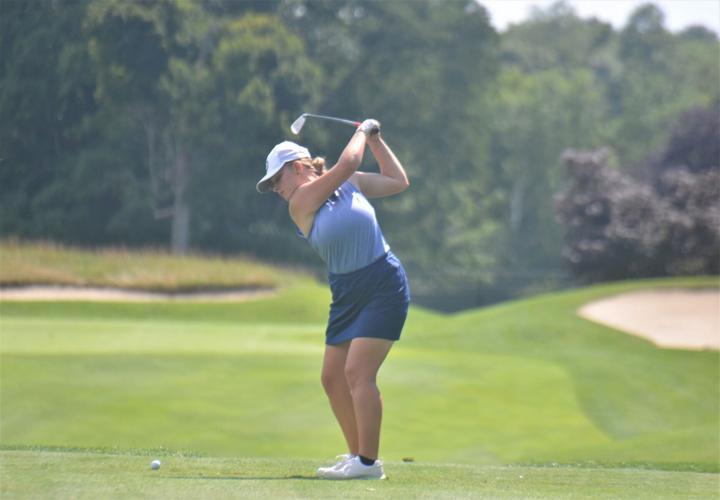 Kaylie Porter lines up her shot during Monday's practice round ahead of the New England Junior Amateur Invitational at Manchester Country Club. 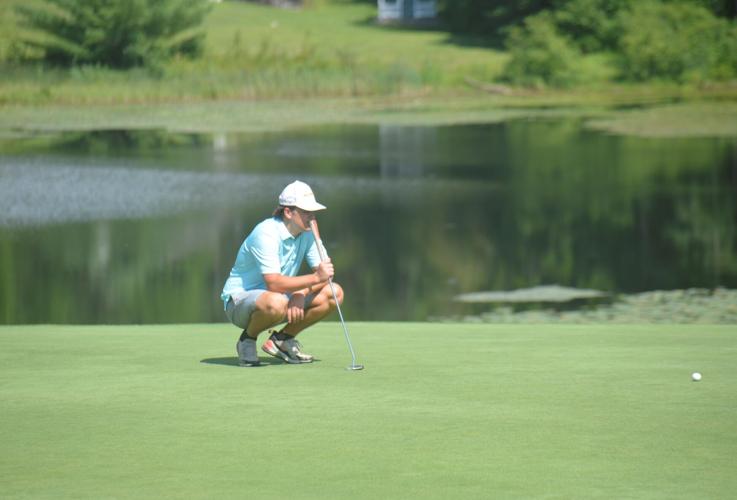 A junior golfer lines up his putt during Monday's practice round.

Kaylie Porter lines up her shot during Monday's practice round ahead of the New England Junior Amateur Invitational at Manchester Country Club.

A junior golfer lines up his putt during Monday's practice round.

MANCHESTER — Sixty of the best junior golfers across New England made their way to Manchester Country Club (MCC) on Monday to tee off in the New England Junior Amateur Invitational.

The tournament, run by the New England Golf Association, features 10 players from each state in the region — seven male and three female golfers.

Among the Vermont representatives is Kaylie Porter, who helped the Burr and Burton girls golf team secure back-to-back state championships in 2020 and 2021.

“I’m so happy that this tournament is here,” Porter said. “This is so special to me.”

The Junior AM tournament style resembles the format of the Ryder Cup. Team scores are calculated by taking the best five out of seven scores each day for the boys division and best two out of three scores for the girls.

The team with the lowest 54 hole total will be named champion on Wednesday. There is also an individual championship for the golfer with the best round.

Monday served as an opportunity for the golfers to familiarize themselves with the course with a practice round. Today features two shotgun starts, the first at 9 a.m. and another at 2 p.m. following lunch. Wednesday’s finale will also tee off at 9 a.m.

Porter said playing in a tournament on her home course is a challenge she is ready for.

MCC is a fitting host to the junior tournament, as the country club is  flourishing with its junior membership currently sitting around 70 or so.

A big part of that is thanks to Pete Weatherby, in his second year as the MCC Golf Pro. Weatherby said helping young golfers grow their game and develop their skill set is one of the most rewarding aspects of the job. Under his leadership, MCC has expanded its clinics and instructions focusing on the next generation of golfers. Whether it be assisting young golfers on their swing mechanics or playing a few holes himself, Weatherby makes a concerted effort to never be too far removed from the game.

“I try to get a club in my hand everyday,” he said.

Prior to joining MCC, he worked as the assistant professional at Ekwanok Country Club. His golf journey also includes stops at Jupiter Island Club in Florida, the Misquamicut Club in Rhode Island and the Old Sandwich Golf Club in Massachusetts.

As good as he is on the golf course, his impact is being felt in all areas at MCC. With Weatherby at the helm, the country club received industry honors as the top merchandiser in Vermont last year, with retail sales increasing by 35 percent at MCC.