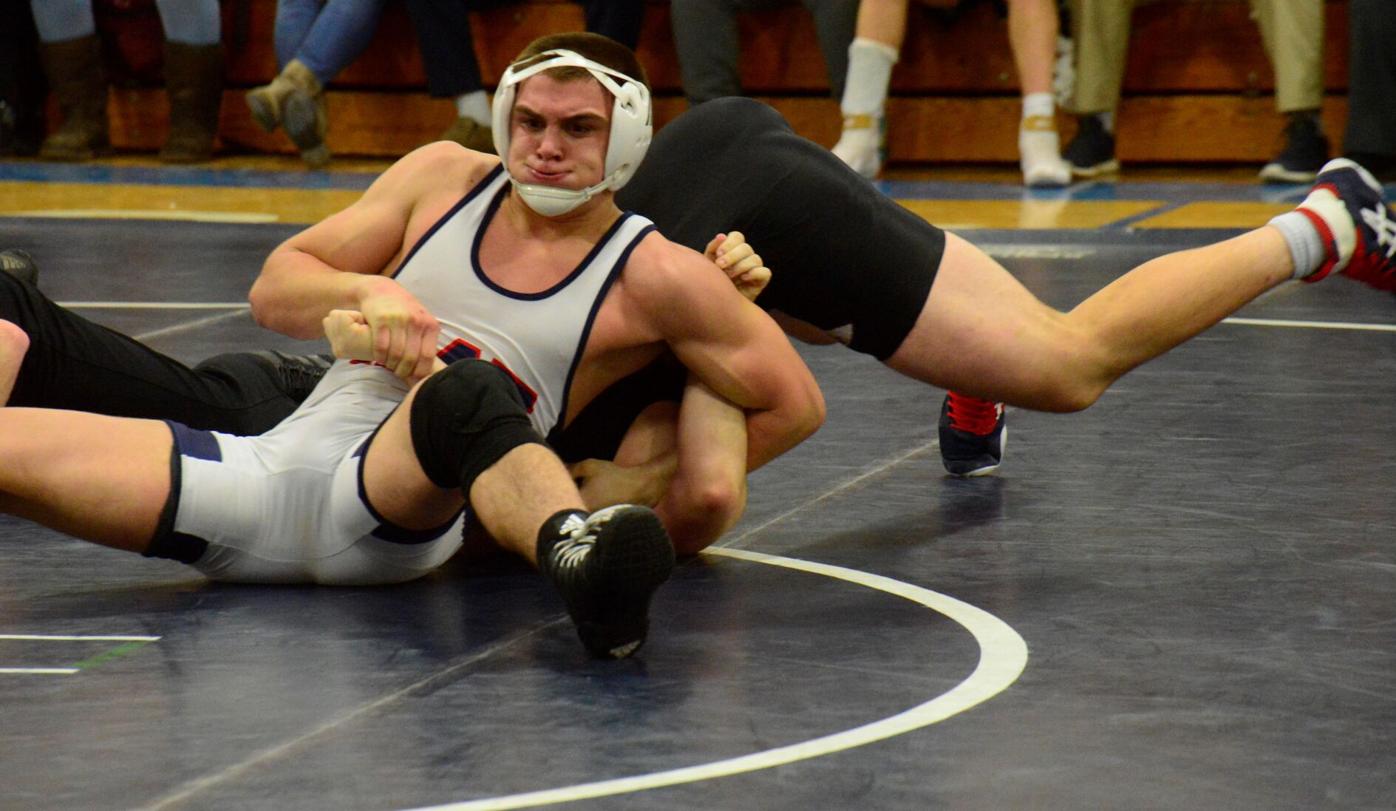 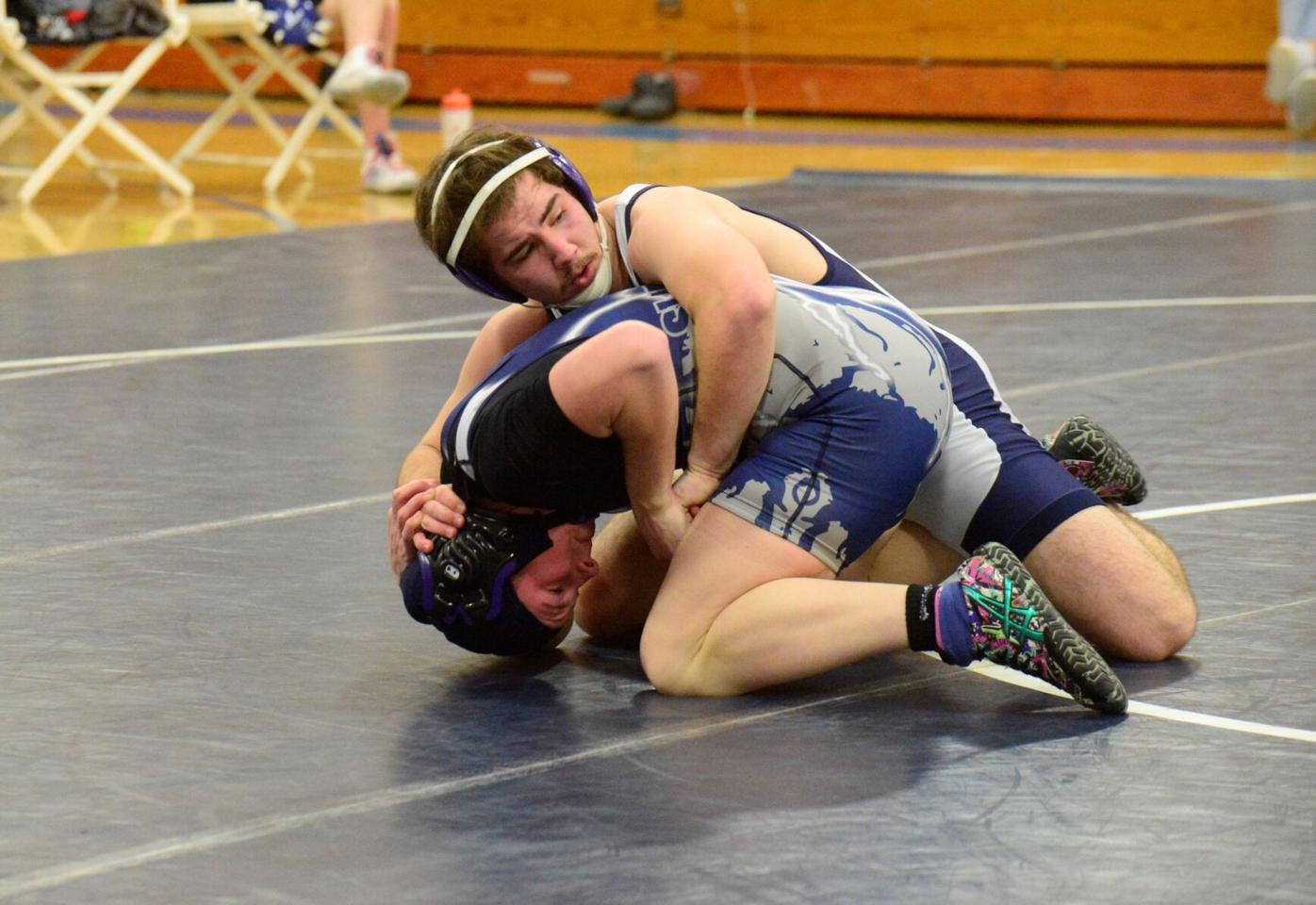 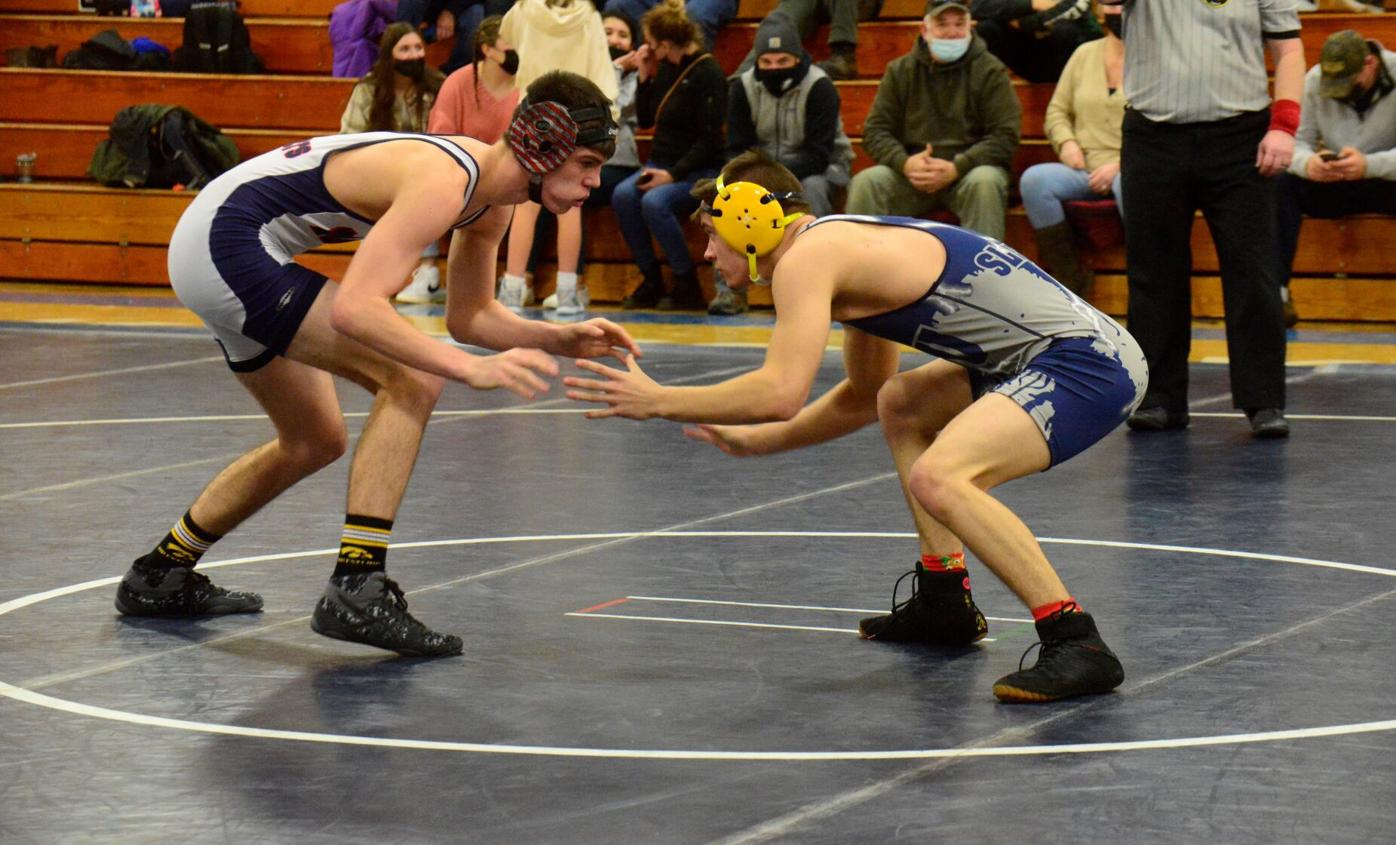 When it was all said and done, the Patriots defeated Fair Haven/Rutland 54-24. For MAU coach Brian Coon, Wednesday gave his team an opportunity to face quality competition.

“The teams that were here today, there’s a lot of quality kids,” Coon said. “The matches that you do have, they’re going to be kids at a high level and matches that are going to be really important to seeds later on for the state tournament.”

MAU’s schedule picks up with a meet at Springfield Central High School of Massachusetts on Saturday before hosting one of the top teams in Connecticut, Danbury High on Monday.

But Wednesday, it was about winning the matches in front of them.

One of the more competitive matches of the meet came in the 138 pound battle.

MAU’s Landon Davis found himself in a position he’s rarely in: trailing. Fair Haven’s Tristan Hyatt had control for part of the match until Davis was able to secure a pin in the third period to snag the win.

“A lot of people as soon as the crowd starts getting into it a little bit, start to panic and then the pressure is on,” Coon said. “But it didn’t seem like he ever felt that way. He just wrestled.”

Hyatt later wrestled Sam Blackmon in the final match of the meet at 132 and beat the No. 1 in the state. Blackmon hadn’t wrestled up until that point, having earned wins by forfeit up until the match.

“He wins a couple positions, that’s a different match. But that’s why you want to wrestle those guys,” Coon said. “I thought it was a good opportunity for him to see one of those guys of that level, a little bit bigger, a little bit stronger.”

Hyatt is new to the state, but the Patriots have seen him a few times already this season. Coon says it’s important to get these matches in so MAU knows what it’s up against come time for the state tournament.

“I know that we’re probably going to have to go through quite a few of those kids to get to where we want to be, to be state champs,” Coon said.

Hayden Gaudette switched from his normal 285 weight class down to 220 on Wednesday.

It didn’t seem to bother Gaudette, as he took down Fair Haven’s Colton DeLong twice in the opening seconds of the match and secured a pin 48 seconds in for the victory.

Coon is confident in Gaudette’s ability to win the state title at either his traditional spot of 285 or at 220. He said the MAU senior gives the team options.

Kyle Hurley wrestled at 145 defeating Fair Haven’s Paityn DeLong. Coon said it can be challenging facing a girl on the mat. DeLong is ranked third in the state and her flexibility was on display on Wednesday against Hurley.

“The last time he wrestled her, he got a little bit frustrated because she’s so flexible, she’s hard to pin,” Coon said. “But this time, he kept his head and just wrestled his match and ended up teching her, which is just as good at the end.”

Coon said MAU has had its fair share of strong girl wrestlers come through the program and puts DeLong in that same category.