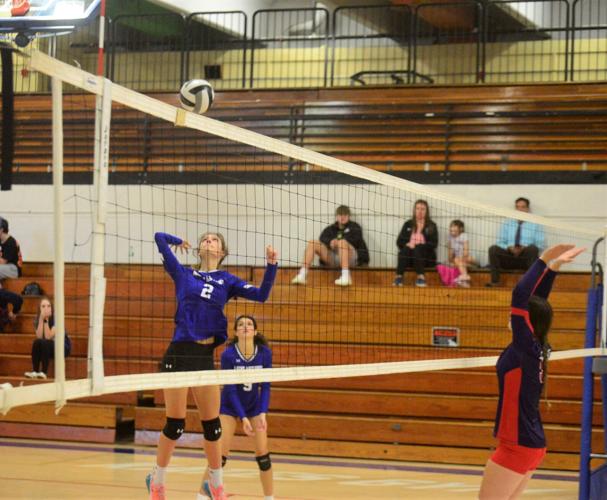 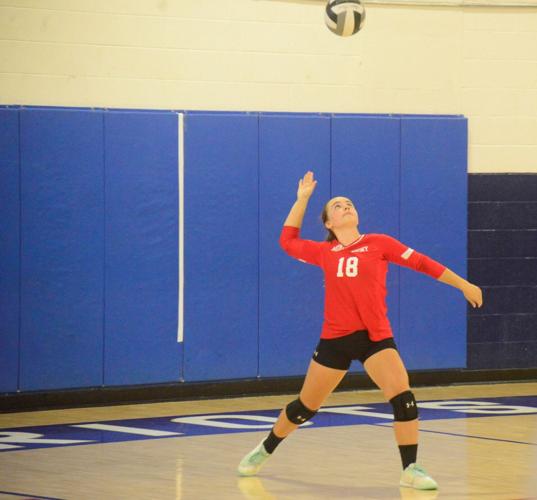 Raegan Joly lines up a serve. 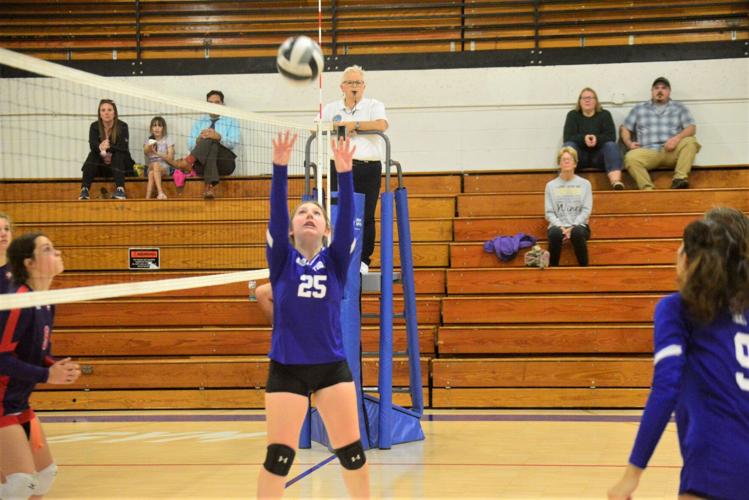 Alexia Allard sets up a shot during Monday's match. 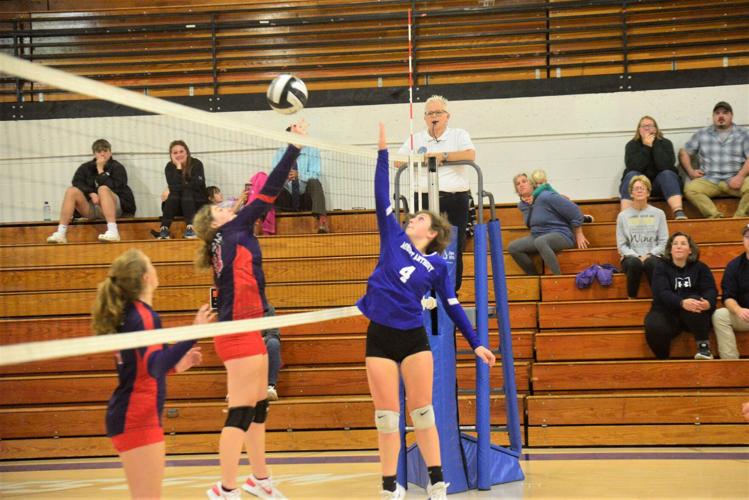 Mount Anthony's Eva Cross leaps to attempt a block at the net. 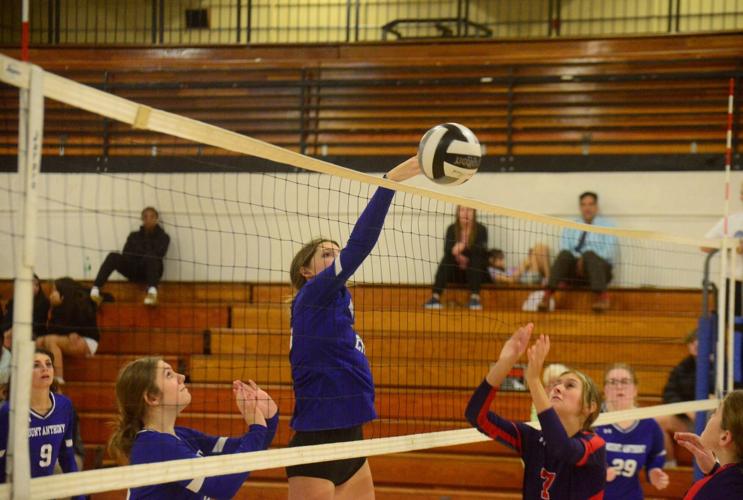 A Patriots player taps the ball over the net.

Raegan Joly lines up a serve.

Alexia Allard sets up a shot during Monday's match.

Mount Anthony's Eva Cross leaps to attempt a block at the net.

A Patriots player taps the ball over the net.

BENNINGTON — Mount Anthony volleyball was in control from the opening whistle during Monday’s win over Hoosac School inside Kates Gymnasium.

The Patriots grabbed three of the four sets to secure their fourth win of the season.

Cassie Heimann, Megan Gates, Skye Colvin, Mia Maroney, Reagan Joly, Alexia Allard and Eva Cross all registered aces for MAU, as the Patriots found success serving no matter who was at the back line.

The longest rallies came with Heimann and Gates serving.

Gates had her first opportunity to do so in the second set with MAU leading 5-4 after winning the opening set 25-16. Gates led a 10-point Patriots rally, including three aces, to build the lead to 15-4 and forced Hoosac to burn a timeout.

The visitors scored the following point after the timeout, but then it was Heimann’s turn to spark a rally. Leading 16-5 with Heimann serving, the Patriots closed out the set with nine consecutive points to build a convincing 2-0 advantage.

The Patriots showed improved communication on the court, talking with one another and setting themselves up for good looks all day. Allard was there to calm MAU down near the net, giving Heimann and Colvin great looks for kills that the duo capitalized on.

The Patriots nearly swept their opponent in three sets. Trailing by a point late in the third set, Gates answered power with power at the front of the net to even the set. After a strong Hoosac serve reached the back line, but MAU was able to return the ball and set up a Gates spike.

The teams traded the next six points, making it 23-23 and MAU’s serve. Joly took it and smacked an ace over the net, giving MAU game-point. Hoosac responded, evening the game once again at 24-all.

Colvin had a pair of good looks at a spike to end things, but neither attempt made its way over the net and Hoosac hung on for a 26-24 set win.

MAU clinched the victory with a 25-15 win in the fourth set.

Monday’s showing highlights a program on the rise at MAU, who’ve already matched its win total from the 2021 season. Last year saw its own share of firsts, as the Patriots reached the playoffs for the first time in program history after a 4-7 regular season. Now 4-0, MAU is proving its ready to compete on the court.

The Patriots look to make improve to 5-0 on Saturday, when they host Mount Everett at 12:30 p.m. during homecoming weekend.