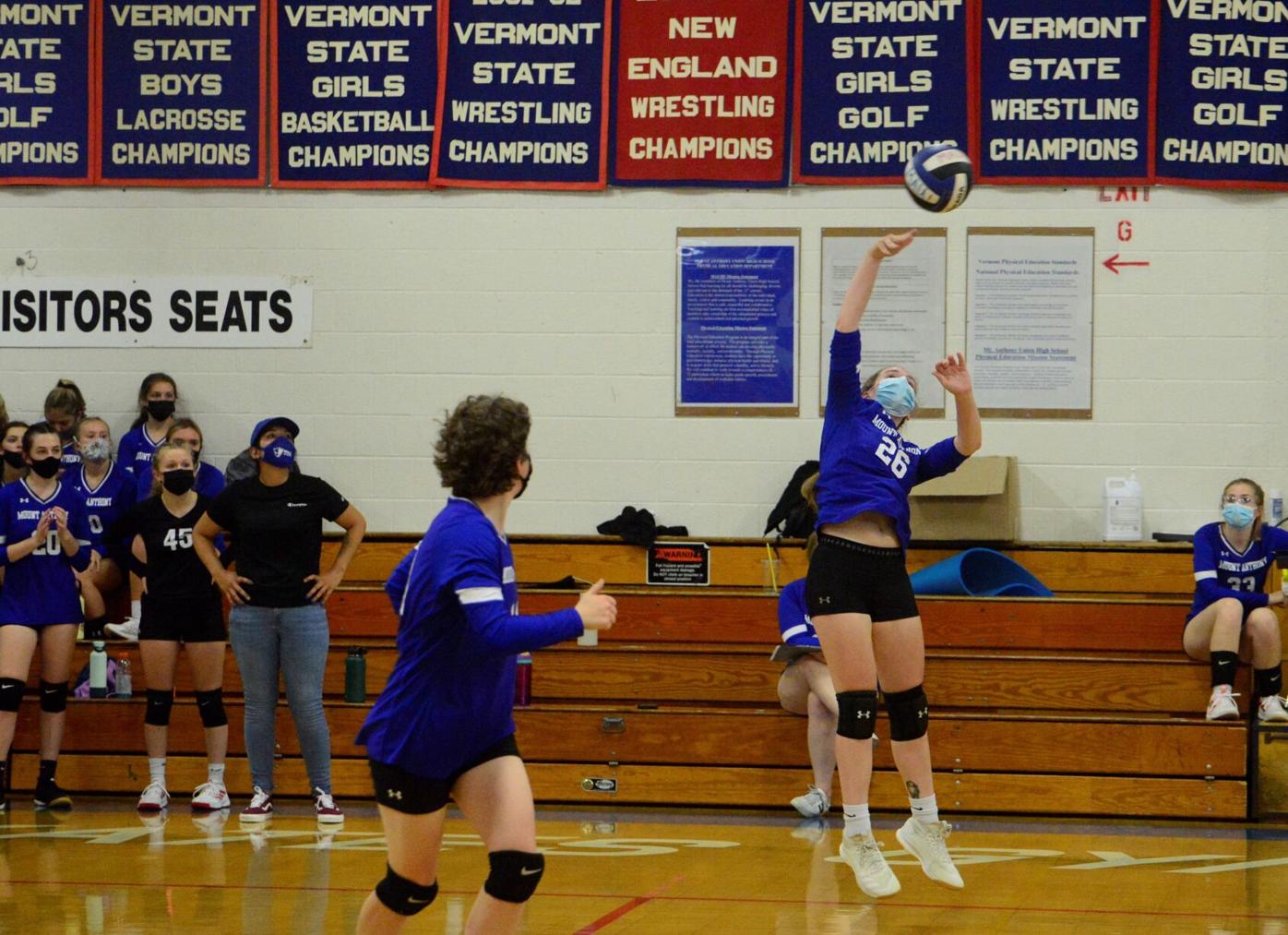 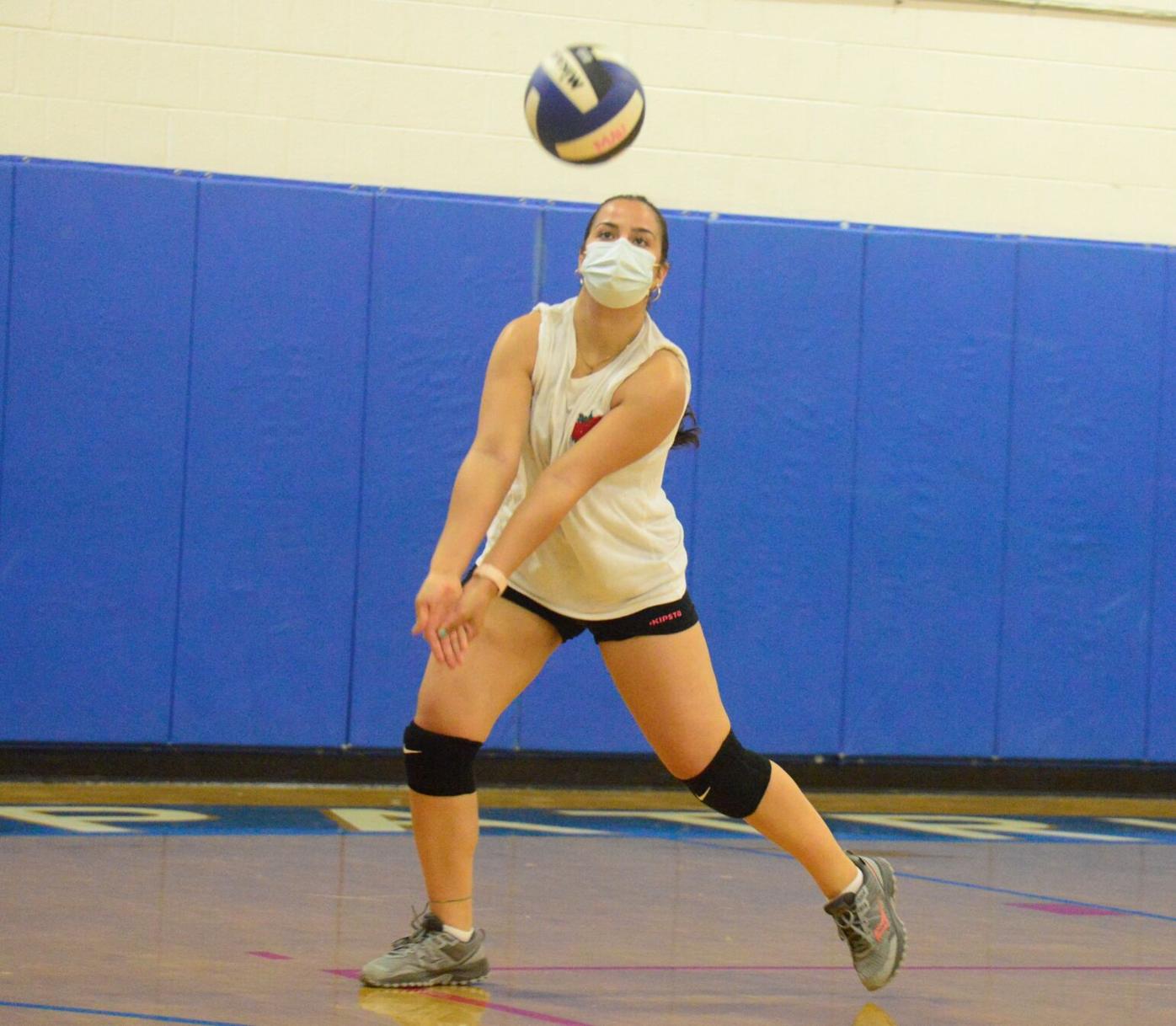 The Mount Anthony volleyball team is preparing for the playoffs after its best season in the program's six year history. 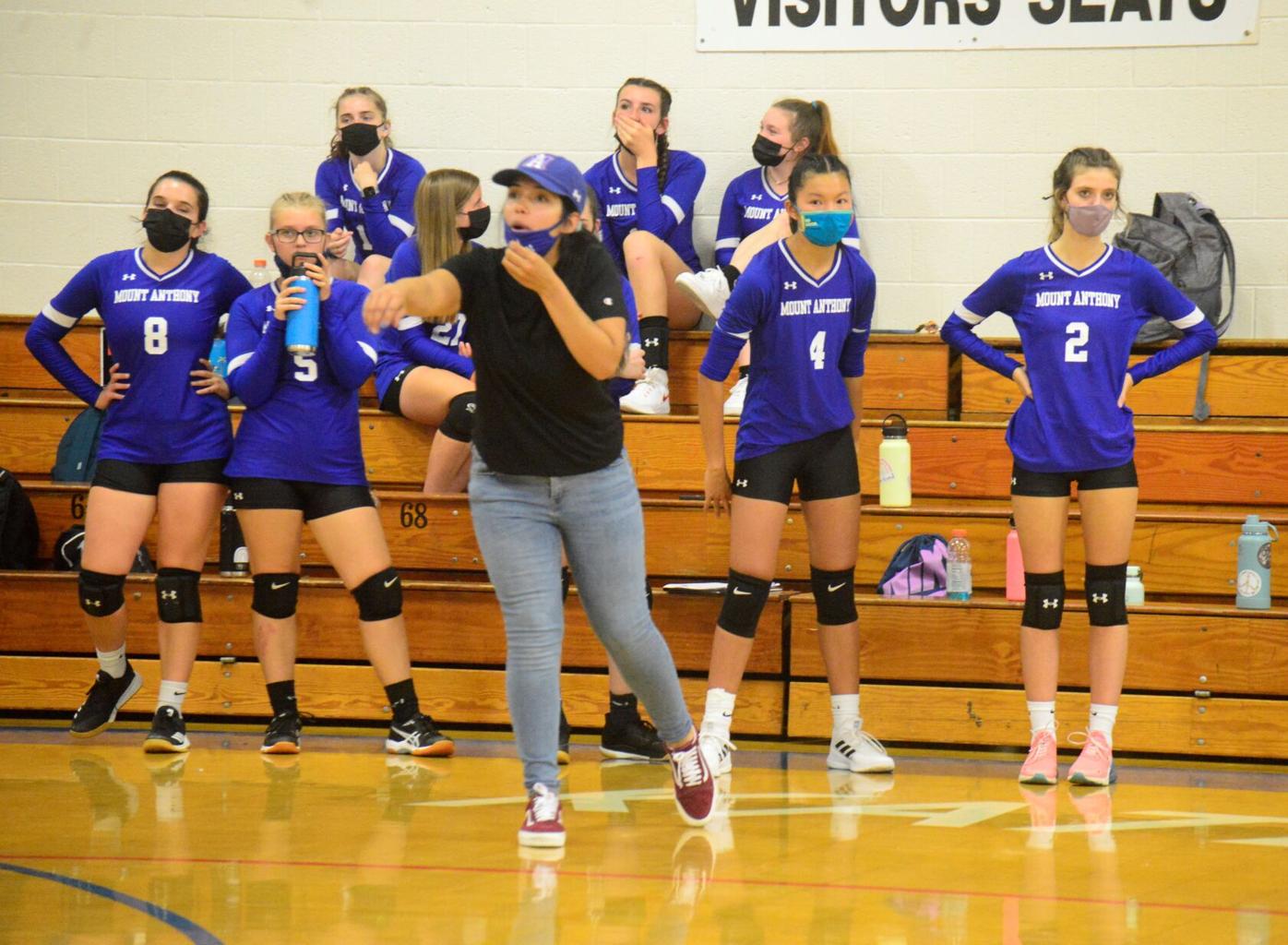 First year MAU volleyball coach Carrie Baltazar talks to her players while on the sideline. 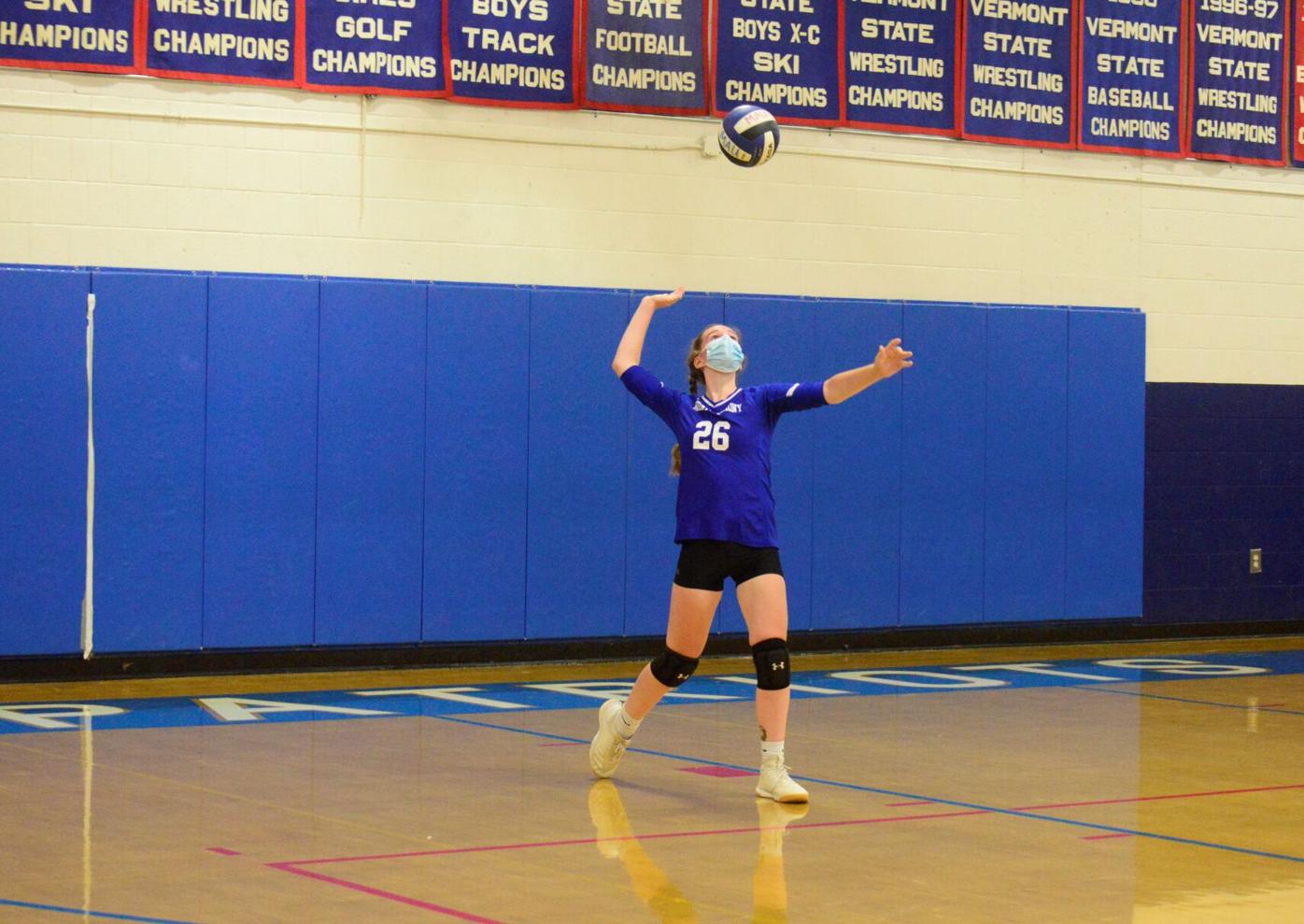 Masson Billert sets for a serve.

The Mount Anthony volleyball team is preparing for the playoffs after its best season in the program's six year history.

First year MAU volleyball coach Carrie Baltazar talks to her players while on the sideline.

Masson Billert sets for a serve.

BENNINGTON — The Mount Anthony Patriots volleyball program reached new heights with its win over Colchester in four sets on Tuesday. For the first time in the program’s six year history, they qualified for the playoffs with a winning percentage above 25 percent.

With first year coach Carrie Baltazar, the foundation has been set. Volleyball became a varsity sport at MAU in 2015. The team had never won more than one game in any of its previous five seasons, totaling three regular season wins total over that stretch.

This year’s Patriots team finished the regular season 4-7, more than doubling the total wins of the program in just one season.

What makes this feat even more impressive is the fact last season was canceled altogether. With COVID-19 concerns rampant, the Vermont Principals’ Association decided to make volleyball an outdoor sport for the fall of 2020. MAU opted out of the season.

They came back this year stronger than ever. The year off certainly made things difficult for a Patriots team who largely competes against Massachusetts school in the Berkshire County League. Massachusetts had a regular indoor 2020 season, meaning MAU started this season at a bit of a disadvantage.

That certainly could have played a part in MAU’s slower start to the season. In reality, there were multiple factors: a new coach, players learning each other’s style of play and building chemistry and the missed 2020 season.

MAU dropped its first three contests of the year, but earned its first victory of the season over Colchester on Sept. 17.

They set a new program record with their second win of the season, once again over Colchester on Oct. 4. At that point, MAU was 2-5 on the season.

MAU dropped its next two contests. With two games remaining and playoff aspirations, the program would need to once again achieve something it hadn’t in its six year history: a winning streak.

MAU needed to win both of its games or its season would be over.

Baltazar said she let her players know of the situation they were facing just one time, prior to the Oct. 13 home match against Hoosac Valley. That’s all the Patriots would need to hear, as they rattled off consecutive wins for the first time ever. MAU downed Hoosac Valley in four sets, and took care of Colchester, sealing its playoff dreams.

At the beginning of the season, Baltazar talked about not setting a number on wins and losses and instead focusing on constant improvement as the season progressed.

“I’m definitely not going to allow this team to be defined by our wins and losses. I’m looking at just overall improvement throughout the entire year,” Baltazar said during a preseason practice.

Speaking prior to Thursday’s practice with the regular season in the rear view and MAU preparing for the playoffs, Baltazar took a moment to reflect on the success her team has enjoyed.

“It’s definitely been a work in progress but I think in the last two games we really saw everything we’ve been working on collectively start just working,” Baltazar said. “Passes lead to sets, leads to kills and we’re finally seeing that.”

During the early season struggles, the MAU coach asked her players to trust the process. Well, the Patriots have bought in and are reaping the rewards now.

MAU now hopes to make some noise in the playoffs. Play throughout Vermont wraps up on Friday, and that is when MAU should know its next opponent.

MAU was invited to the playoffs during its first varsity season in 2015. MAU won its first round matchup over Vermont Commons School that year.

The program was once again invited to the playoffs in 2016, once again securing an upset win as the No. 12 seed over No. 5 Burlington in four sets in a year where MAU finished with a 1-11 record.

The Patriots are hoping for more playoff success this time around. No matter the result from here on out, the MAU volleyball program has taken a gigantic leap forward with its play in 2021.