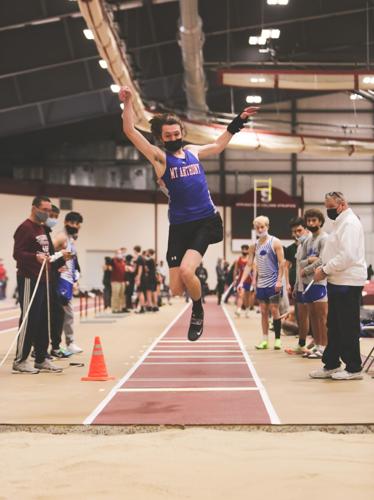 Brooks Robson competes during a indoor track meet this winter. 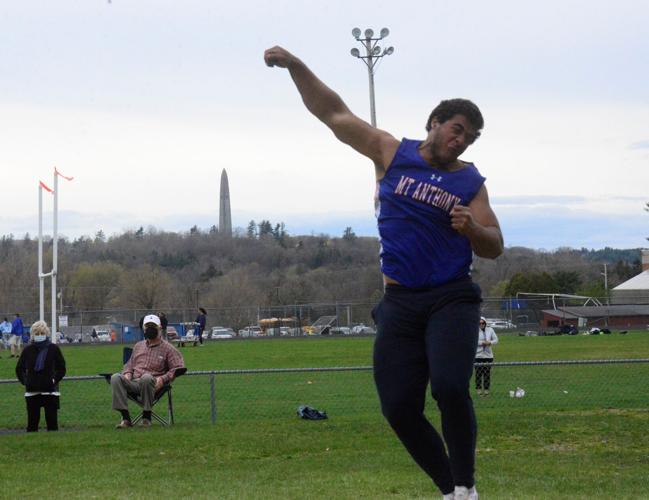 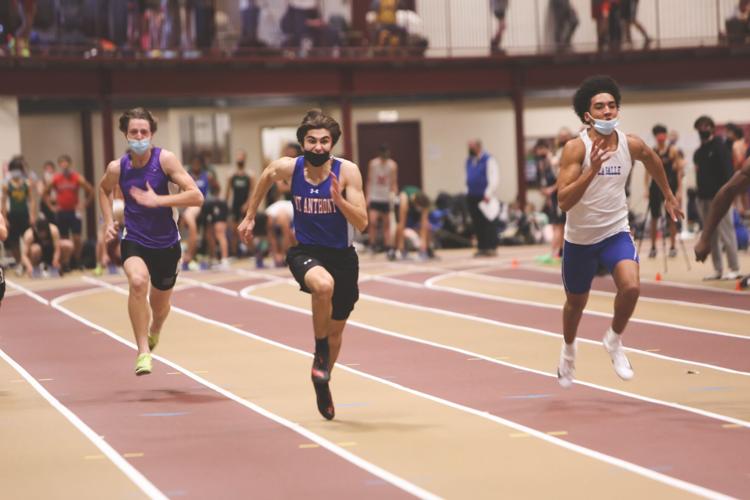 Brooks Robson competes during a indoor track meet this winter.

PHILADELPHIA — Two of Mount Anthony’s most accomplished track and field athletes will represent the Patriots at the New Balance Outdoor Nationals this weekend.

Isaiah Brunache and Brooks Robson are two thirds of what MAU coach Paul Redding has dubbed the Patriots ‘big three,’ and for good reason. The duo have etched their name into the school record book six times this season alone.

Brunache broke his own MAU record in the outdoor shot put last month in the Queensbury Invitation, also unofficially tying the Vermont state record of 61’ 6”.

The third member of the MAU big three, Andrew Ponessi, qualified and was set to compete in the national competition before a groin injury forced him to withdraw.

Ponessi and Brunache competed in freshman nationals in 2019. After the meet, the duo set a goal to make it to the national championships before their high school careers ended.

“To be able to actualize that while adding on Brooks, it’s been really cool, “Brunache said. It’s to represent Mount Anthony.”

And to say this group has represented Mount Anthony well would be an understatement. The Patriots took home third place at the Vermont state meet this spring totaling 60 points, virtually all of them (56) coming directly from the big three. That’s something Brunache takes great pride in accomplishing.

“To be able to beat [a team like] Essex at states with just three people, basically, was super cool,” Brunache said. “I’m really glad to be a part of that.”

Robson describes the trio as friends and said it has been great to see the growth of the group while pushing one another to new heights.

MAU coach Paul Redding — finishing up his first year in charge of the MAU track program — called the growth this season “unbelievable.”

“The work, the time, and the effort that these three put in has paid off dividends and it shows, that’s why they’re still going,” Redding said. “They’re just fantastic. Fantastic kids to be around and they deserve everything they get. I’m very proud of them.”

That growth and development started with former MAU track coach Amanda Mullen, who worked with the big three during their freshman and junior seasons. Their sophomore track season was canceled due to the coronavirus.

“All the years that coach Mullen’s put in, all the work, It’s paid off, and this year is a chance for me to help them get to the next step.”

As for the competition, Robson enters with some serious momentum after a pair of top-10 finishes in the long and triple jump events at the New England Championships.

Brunache said he is excited about the opportunity to compete on this stage in what he describes as a friendly environment.

“In general track and field is chill, but with the throwers, it’s probably the most chill you could get,” Brunache said. “Because we’re all throwing heavy things trying to get them to go far; of course it’s fun to win, but that’s not what it’s about. We’re just trying to get the ball to go a little farther every single time.”