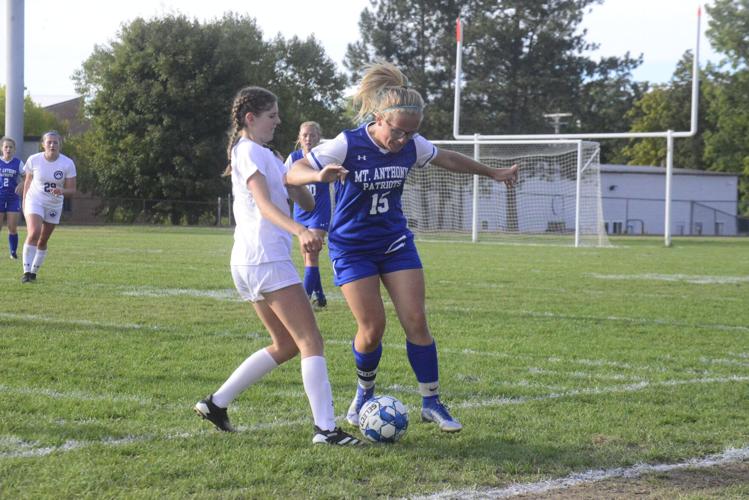 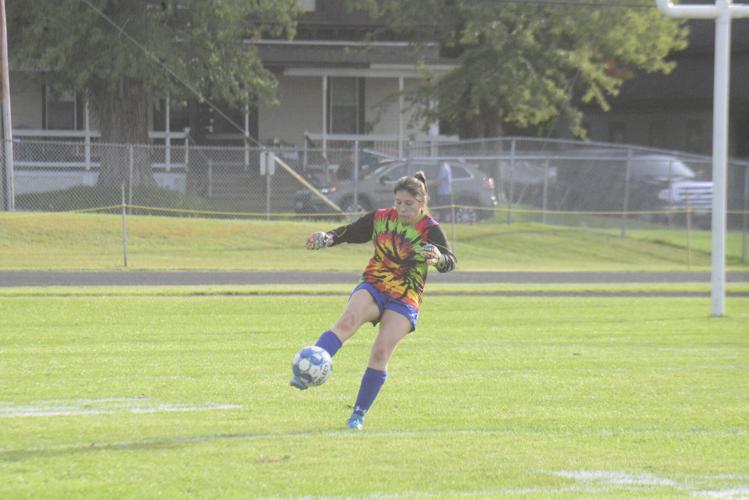 MAU sophomore Abby Sekora had something to say about that.

With just under a minute left in the first half, SMS kicked the ball out of bounds at midfield. Grace Kobelia started the play with a fantastic throw-in down the right sideline that found Elyse Altland in stride.

Nearing the end of the pitch, Altland sent a cross to the center of the field, and with 18.1 seconds remaining in the half Sekora poked it into the back of the SMS net.

Not only did the goal give the Patriots momentum heading into the half, but it also proved to be the difference maker in MAU’s 1-0 victory.

The Patriots defense was strong, with Tiffany Carey halting SMS possessions time and time again near midfield. When the ball did reach the last line of defense, Maya Davis was there to make the save, totaling 11 in the win.

Roey Rella-Neill put pressure on the SMS defense, creating a handful of scoring opportunities for the Patriots.

She nearly put MAU on the board nine minutes prior to Sekora’s goal. Rella-Neill intercepted a kick by SMS’ goalie at the 40-yard line, took a few steps in and sent one toward the net as the goalie retreated back to the net. Rella-Neill’s shot sailed just over the crossbar, keeping the game scoreless for the time being.

Altland almost added an insurance goal midway through the second half. Emily Tibbetts sent a through ball to Altland past the SMS back line, leaving just Altland and the SMS goalie. As Altland dribbled toward the SMS net, the goalie stole the ball off the Patriots foot for an impressive save, keeping SMS within striking distance.

The Patriots improved to 3-3-1 on the season. They host Rutland Monday at 6 p.m.