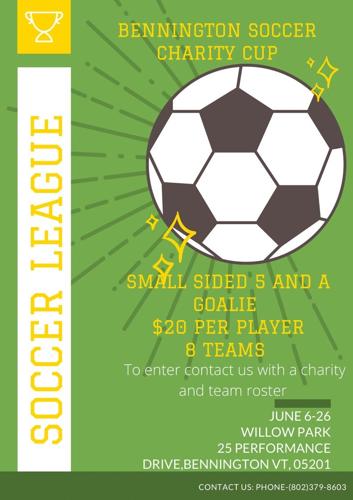 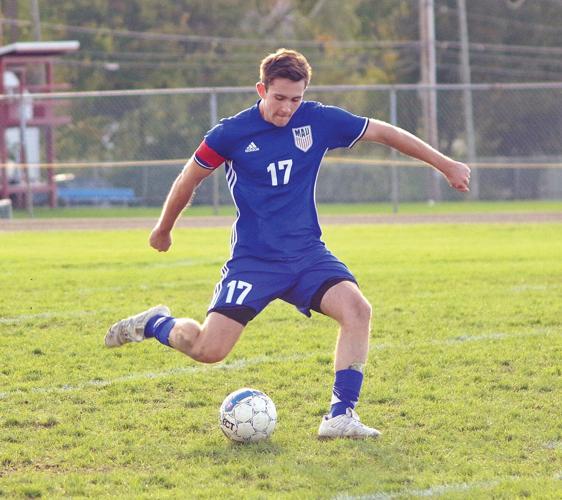 Ryan Rogge, seen above during his playing days for MAU soccer,  is teaming up with fellow MAU alumnus Nick Pappas to create a soccer tournament in Bennington which will benefit charity. 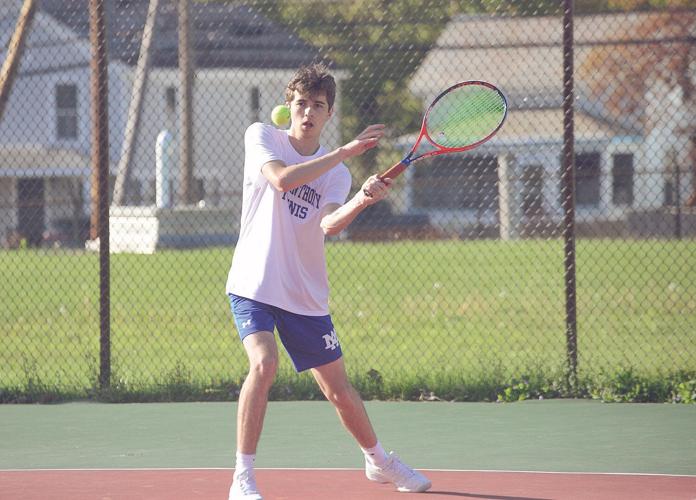 Nick Pappas (above) was a standout tennis player for Mount Anthony during his high school career.

Ryan Rogge, seen above during his playing days for MAU soccer,  is teaming up with fellow MAU alumnus Nick Pappas to create a soccer tournament in Bennington which will benefit charity.

Nick Pappas (above) was a standout tennis player for Mount Anthony during his high school career.

BENNINGTON — If you are looking for something to do with part of your Saturday for the next few weekends, Ryan Rogge and Nick Pappas have an idea for you: Come on out to Willow Park for the inaugural Bennington Soccer Charity Cup.

The 2019 Mount Anthony graduates are working on organizing a soccer tournament while they are home from school for the summer. They are seeking players to fill eight rosters of six (five field players and a goalie). All proceeds will go to a charity of the tournament winners’ choice.

“We wanted a way to be able to play in an organized league, and figured if we do it for charity, it’s something everyone can feel good about, too,” Rogge said.

Rogge and Pappas have stayed in touch since high school and started working on the idea earlier this year. They have been travelling to Manchester and even out of state to find pickup games or leagues to play in. Lacking options right in Bennington, the two took it upon themselves to fill that gap and drum up interest for like-minded people in their hometown.

“We just wanted to get things going around here again. COVID really hit sports in Bennington hard and we wanted to be part of bringing them back,” said Rogge, who played soccer at St. Michael’s before transferring to Trinity College in Hartford, Connecticut this year. “Especially with gas prices what they are, we just wanted something more local for ourselves and anyone else that wants to play.”

While Rogge played soccer at the college level, Pappas actually didn’t play in high school or college. He was, however, a standout tennis player at Mount Anthony, not losing a single set his senior year until the Division I individual tournament. Pappas speaks to the skill and dedication level they are hoping for in the tournament.

“Yeah, we aren’t looking for professionals or anything,” said Rogge. “We’re hoping for some competitive games, but it’s really about having fun and getting something going around here.”

Rogge and Pappas have already seen significant support from the community. With help from 15 businesses and families around town, they have already exceeded their fund-raising goal of $800 to pay for referees and renting the field, but further donations will go towards the winner’s charitable donation.

The tournament is slated to start Monday, June 6 at Willow Park (25 Performance Drive). Games will be played every Monday and Wednesday from around 5 p.m. to 8 p.m. until the championship game June 29. The $20 per player entry-fee also gets each player a shirt. Water and Gatorade will be available for purchase by players and spectators.