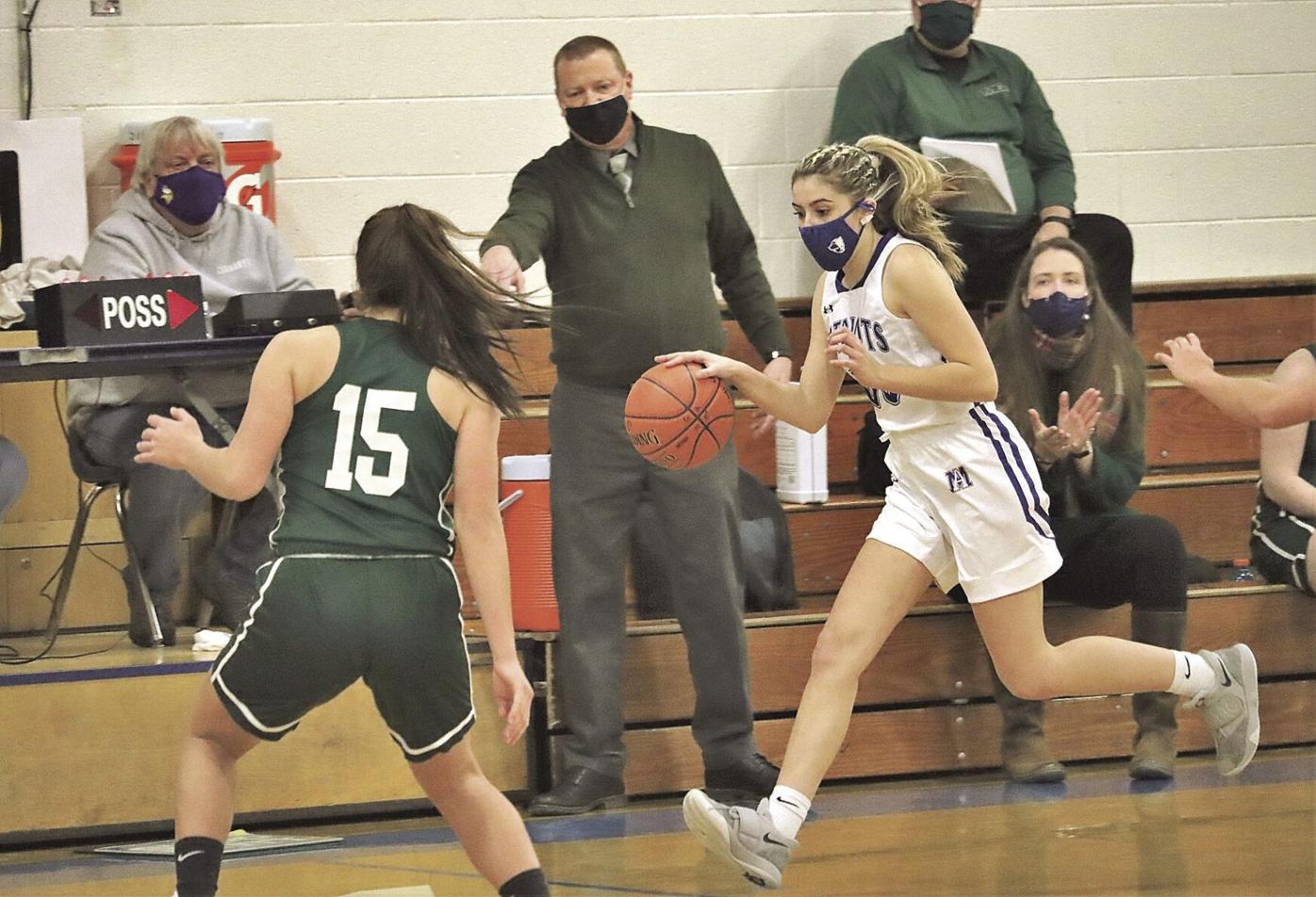 Mount Anthony's Lexi Gerow looks for an opening during the team's first game on Friday night against MSJ. 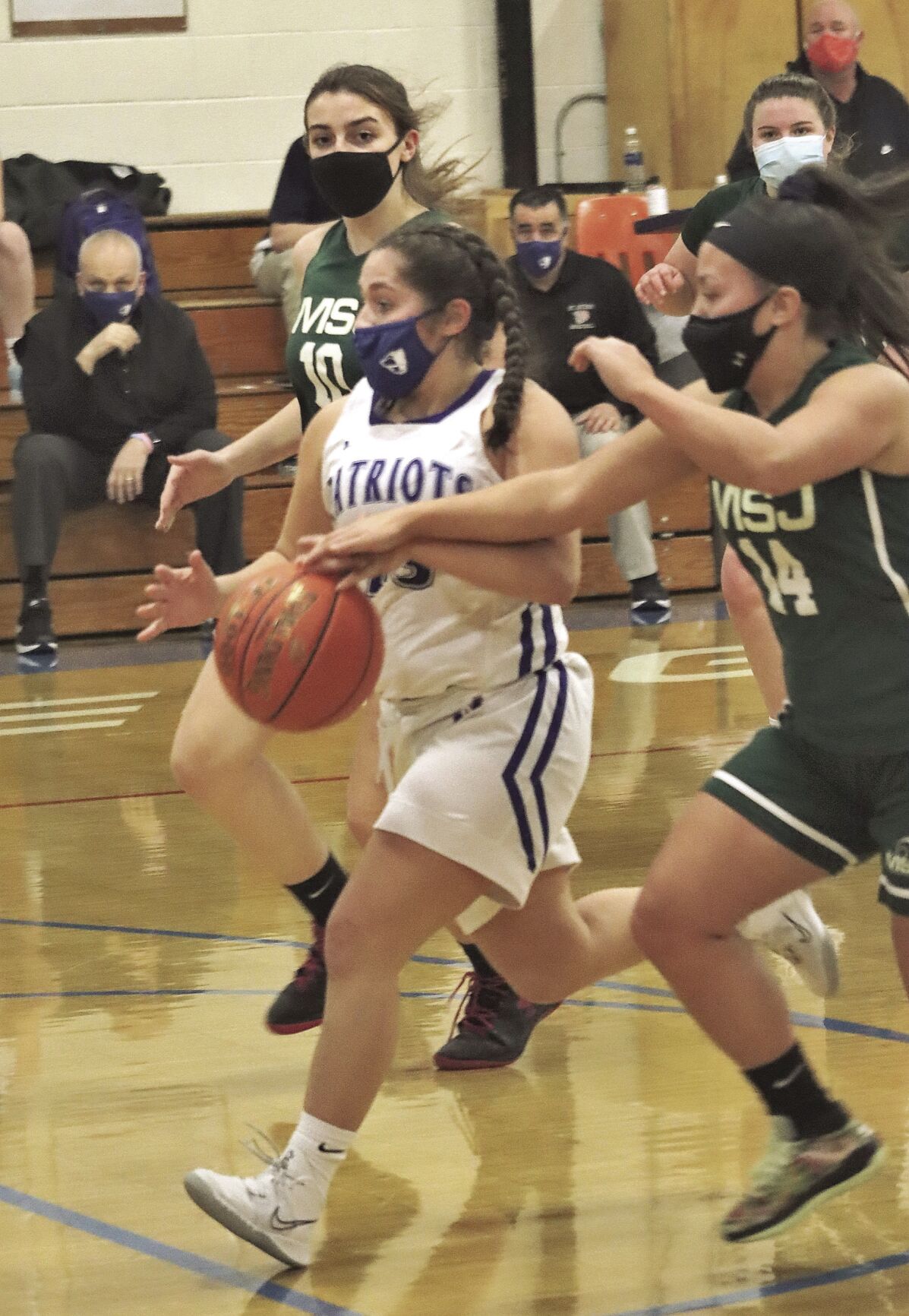 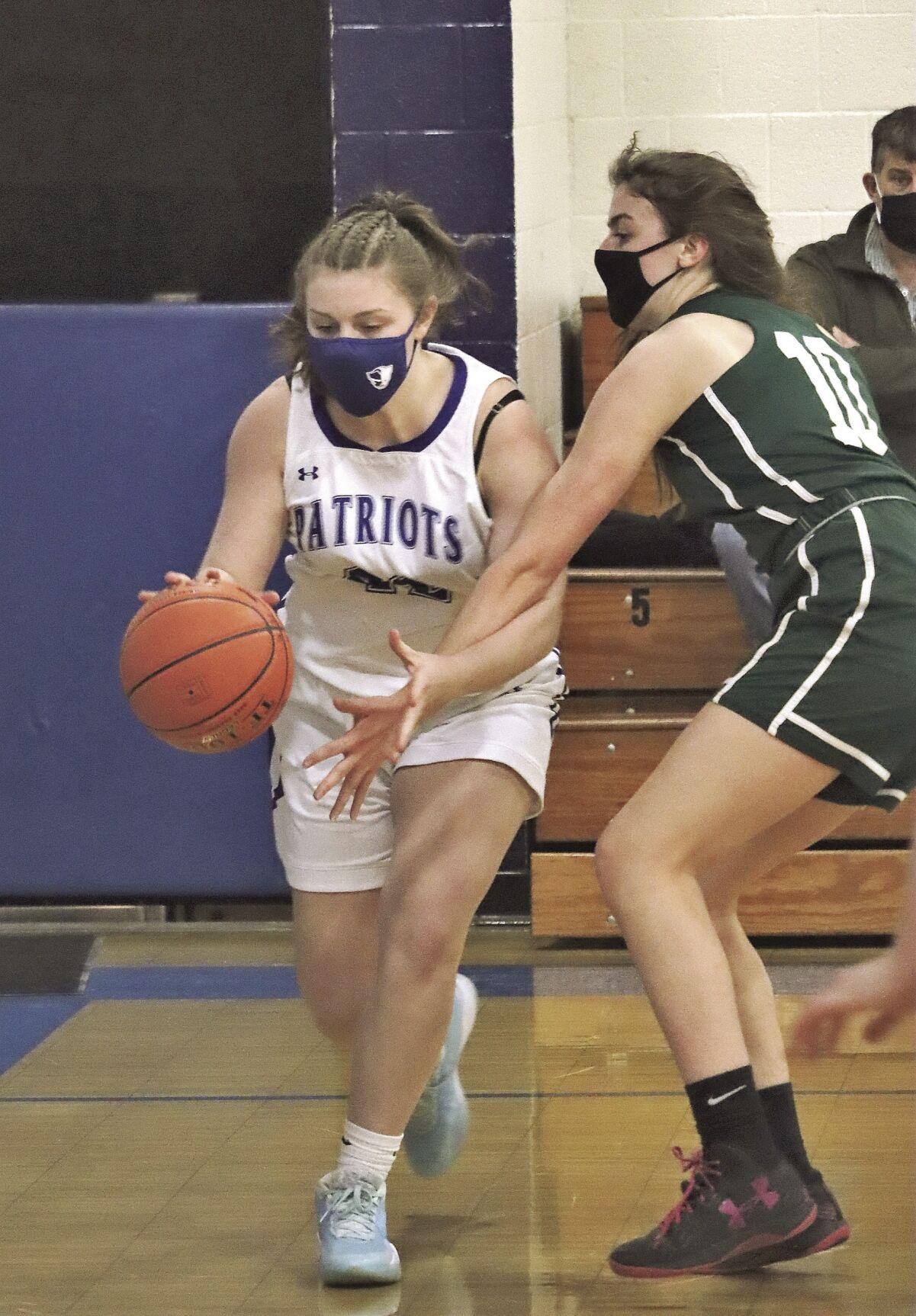 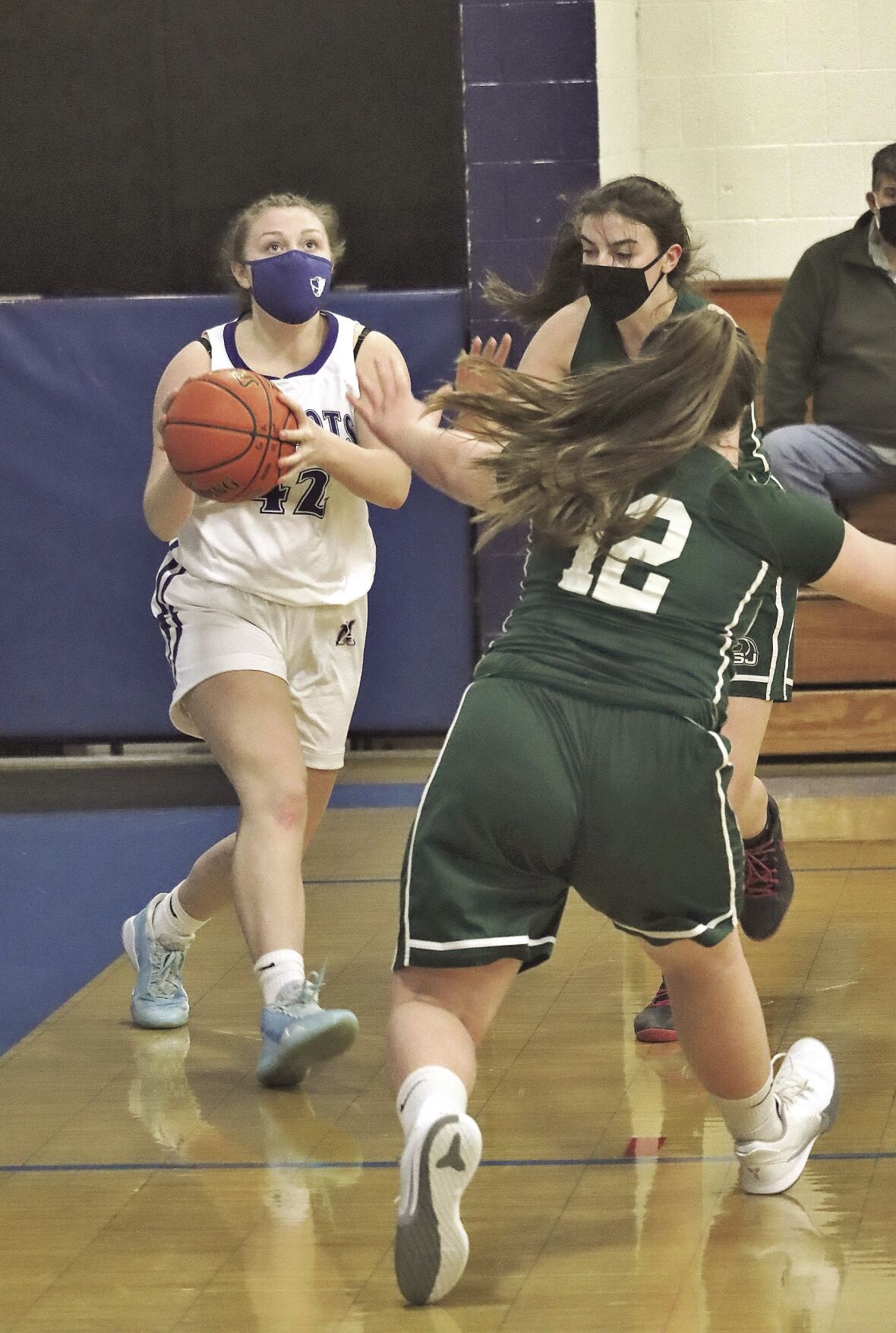 Mount Anthony's Lexi Gerow looks for an opening during the team's first game on Friday night against MSJ.

BENNINGTON -- The Mount Anthony girls basketball team had some first-game jitters in the opening game of the 2020-21 campaign on Friday night against Mount St. Joseph.

Combine that with a tough shooting night and Mount Anthony dropped a 29-20 decision to MSJ at Kates Gym.

"There were a lot of nerves out there to start the game," said MAU coach Larry Andrews. "We're young and half the kids didn't have any varsity minutes before tonight."

Mount Anthony only made two baskets in the first half and trailed 18-4 at the break. They started to put things together in the third quarter, scoring the first seven points of the half, capped off by a Linnaia Connell layup to put within seven at 18-11. But MSJ finished the quarter with an 8-2 run, including three-pointers from Meghan Cole and Tiana Gallipo go up 26-13 heading to the fourth.

"We'd do a couple good things and then we'd turn the ball over," Andrews said. "We struggled some with the press, but we really didn't have a lot of practice against the zone press. We just didn't get into a good rhythm offensively."

MAU scored the first five points of the fourth quarter as well, cutting the lead back to eight again after a Connell basket, but struggles holding onto the ball in the final minutes kept the Patriots at bay.

"We knew we would have to play good defense because no one has stepped up as a scorer yet," Andrews said. "Somebody will."

On this night and in her first game as a varsity player, Taeya Guetti led the way offensively with eight points. She also had four rebounds and two steals in her debut.

"She wasn't nervous out there, she was out there doing her thing and she was pretty poised [for her first game]," Andrews said. "I was impressed with her."

"I think the kids are going to learn from this," Andrews said. "We talked after the game and they weren't hanging their heads. We didn't quit tonight, which is very positive."

Mount Anthony drops to 0-1 on the year and travel to rival Burr and Burton on Tuesday.