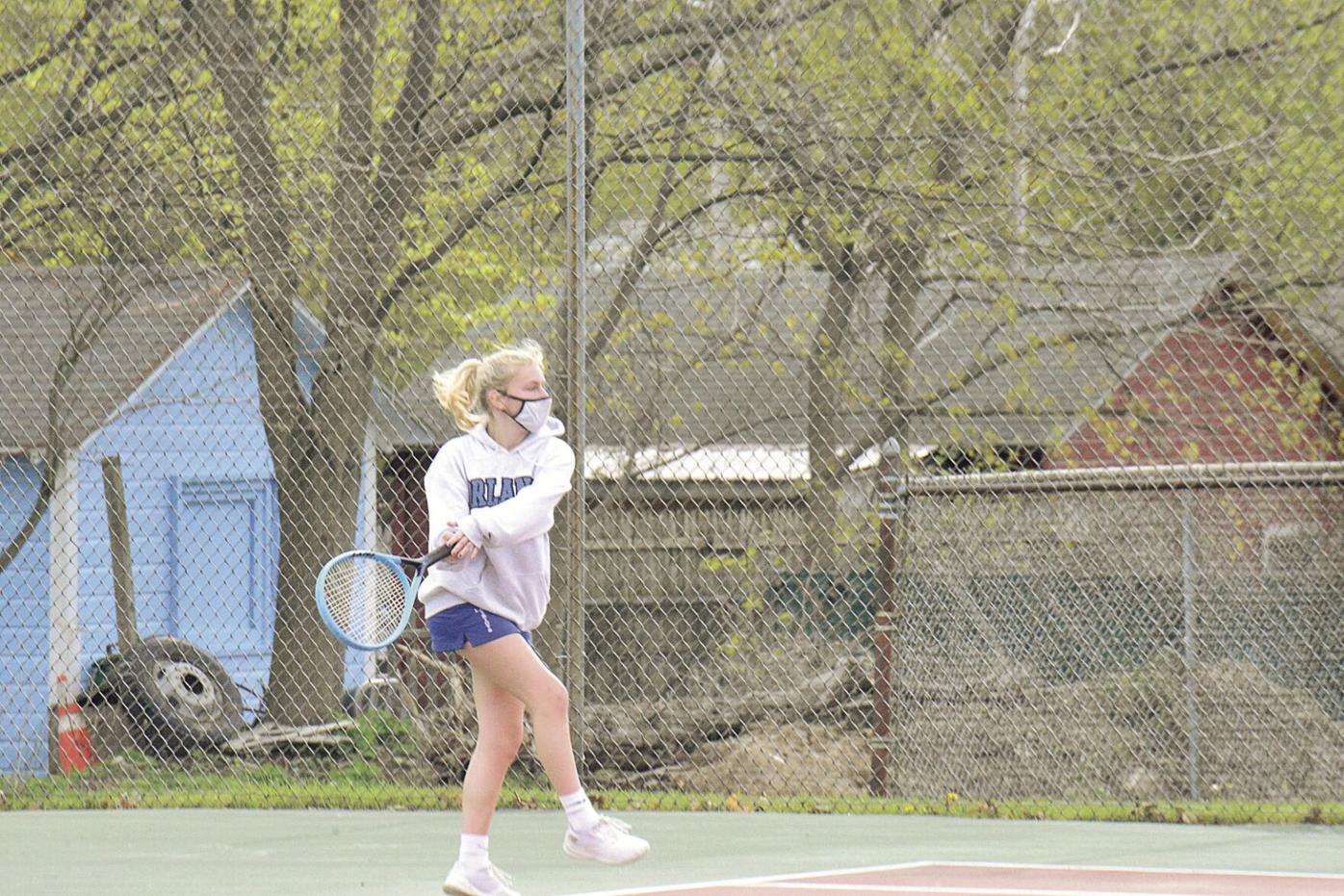 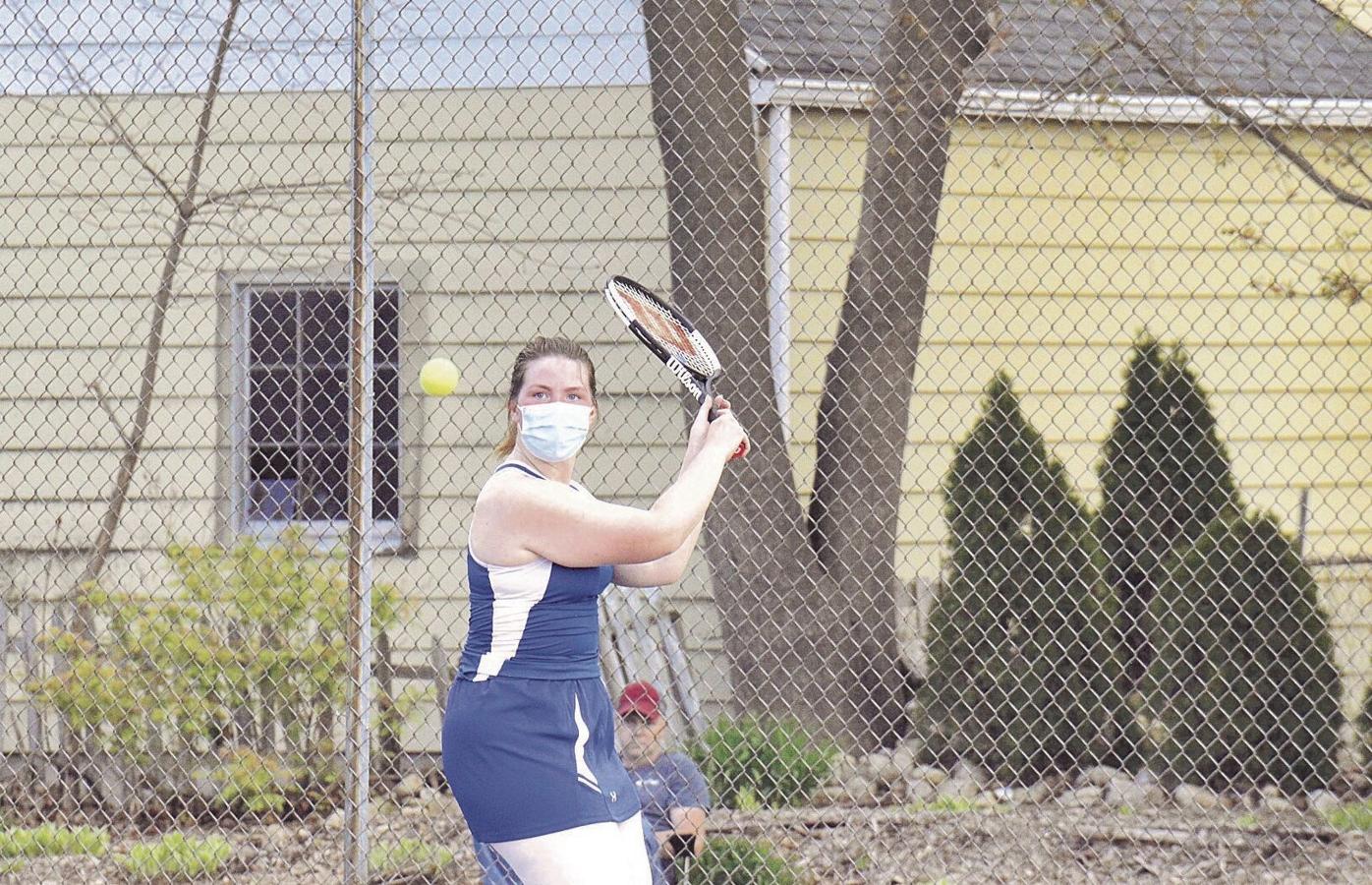 Abby Farnum keeps her eye on the ball as she prepares for a return. 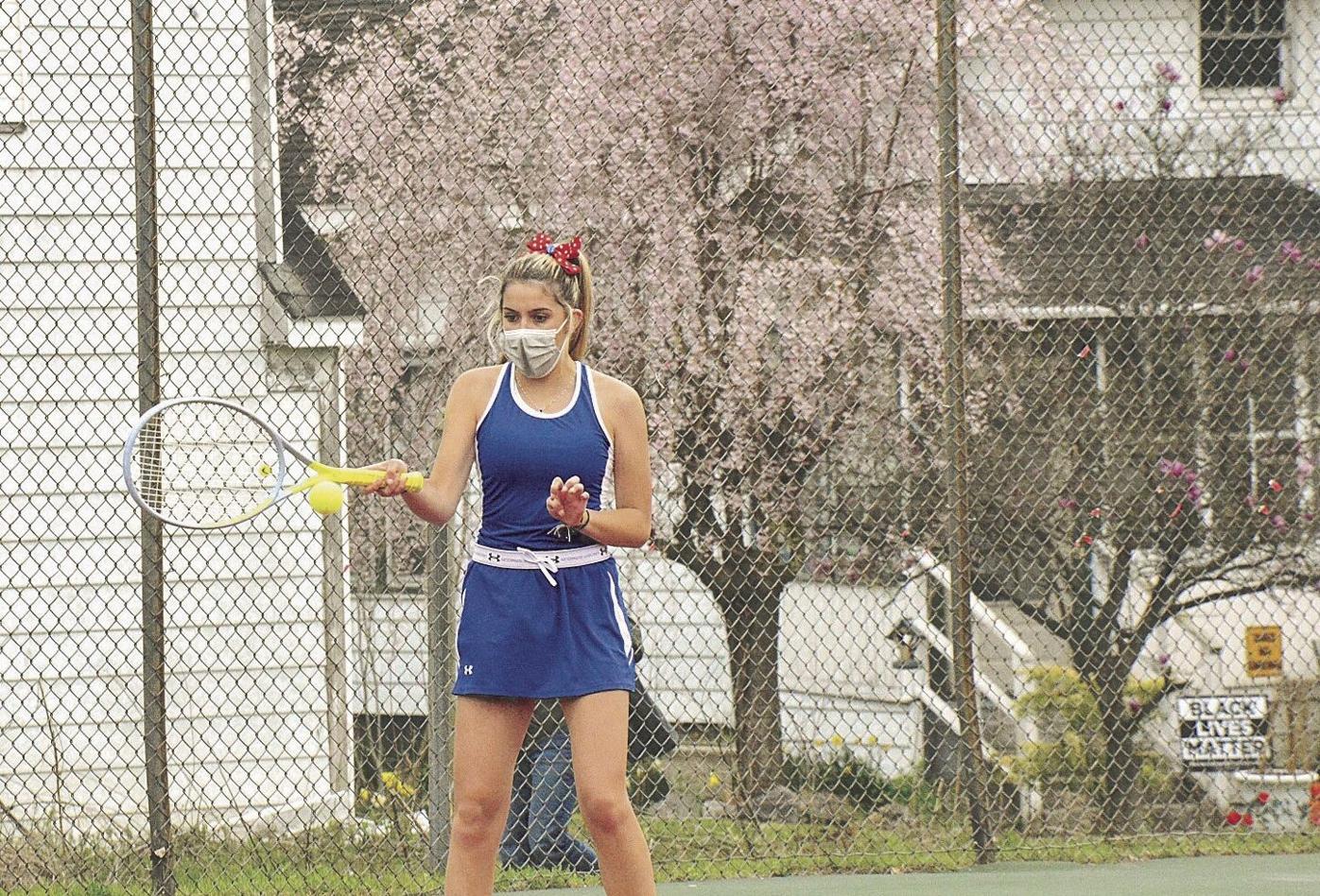 Abby Farnum keeps her eye on the ball as she prepares for a return.

In No. 2 singles Kristine McKenna outdueled Rutland’s Eva Menconi for the Patriots lone victory. After dropping the first set 2-6, McKenna battled back and took set two 6-3 to force a tiebreaker. The tiebreaker action was as back-and-forth as the entire match was, with McKenna ultimately pulling away with the 11-9 victory.

Ahead 6-5 in the tiebreaker, McKenna placed the ball in the back corner of the court after a long volley. Menconi raced to try and continue play, but there was nothing the Rutland player could have done. That gave McKenna a 7-5 advantage.

The two battled for the next point, which ultimately went to Menconi after a return off Menconi’s racket hit the top of the net and spun onto McKenna’s side of the court, making it 7-6 at that point.

Menconi took advantage of that break and built momentum, taking three of the next four points to build a 9-8 advantage to bring it to match-point.

McKenna stayed collected, winning the next point by forcing her opponent onto her back heels on a shot that hugged the back line. Menconi attempted a back hand, but didn’t have enough power under it as it landed on her side of the court to bring the tiebreaker to nine-all.

McKenna won the next point and finally closed out the victory thanks to a nice backhand swing that Menconi wasn’t able to clear.

McKenna looked most comfortable playing her backhand. It was McKenna’s first career singles victory. She played doubles as a freshman in 2019.

“It feels great,” McKenna said after the match. “It was really close, especially during the tiebreaker. It was really nerve wracking, but I just had to keep playing the same way, each point matters.”

McKenna’s win tied the match at 1-1 at that point. No. 4 singles were the first to end as MAU’s Leah Smith was forced to retire in the second set due to an injury. Smith trailed Rutland’s Anna Gallipo 1-6, 1-2 prior to her exit.

No. 1 singles was another battle. Each point between Lexi Gerow and Rutland’s Olivia Shipley was hard-earned. Ultimately Shipley defeated Gerow in straight sets 6-4, 6-4.

Gerow normally relies on power, but that is also Shipley’s strength so the MAU junior switched to a more passive approach on Monday, lobbing serves and returns.

The ball rocketed off Shipley’s racket but Gerow adjusted and used her speed to cover a lot of ground in the match, making things tough on her opponent.

MAU defaulted in No. 5 singles.

It was Zimpfer’s first ever tennis match, and MAU coach Deb Larkin was proud of the freshman’s performance.

The Patriots are young, there isn’t a single senior on the roster. Larkin said she is seeing improvement.

“All of them are a great bunch of girls,” she said.

The loss brings MAU to 0-2 on the season, and will travel to Manchester on Thursday to face off against Burr and Burton.