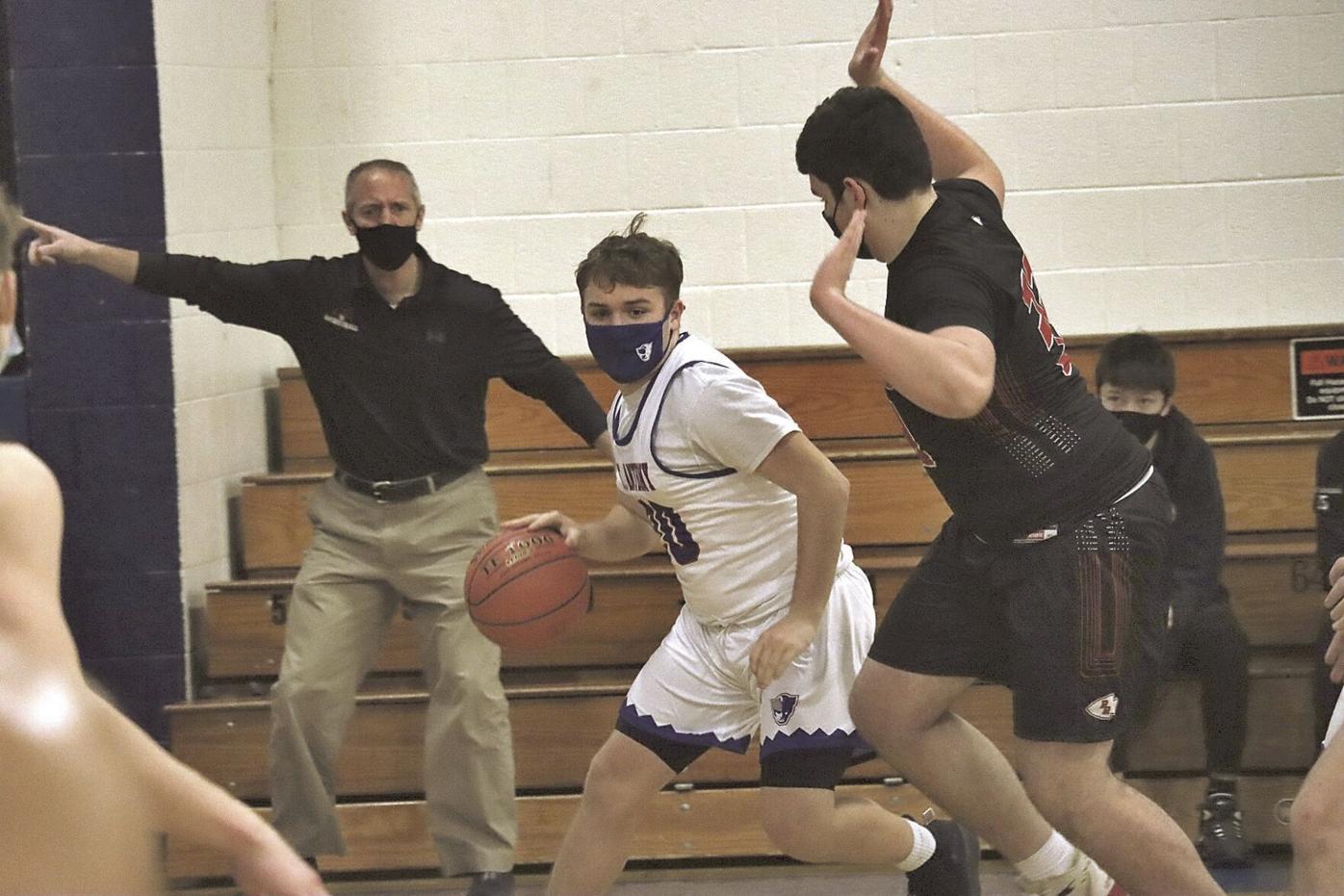 Mount Anthony's Connor Barrett tries to get around a Rutland defender during Monday night's game. 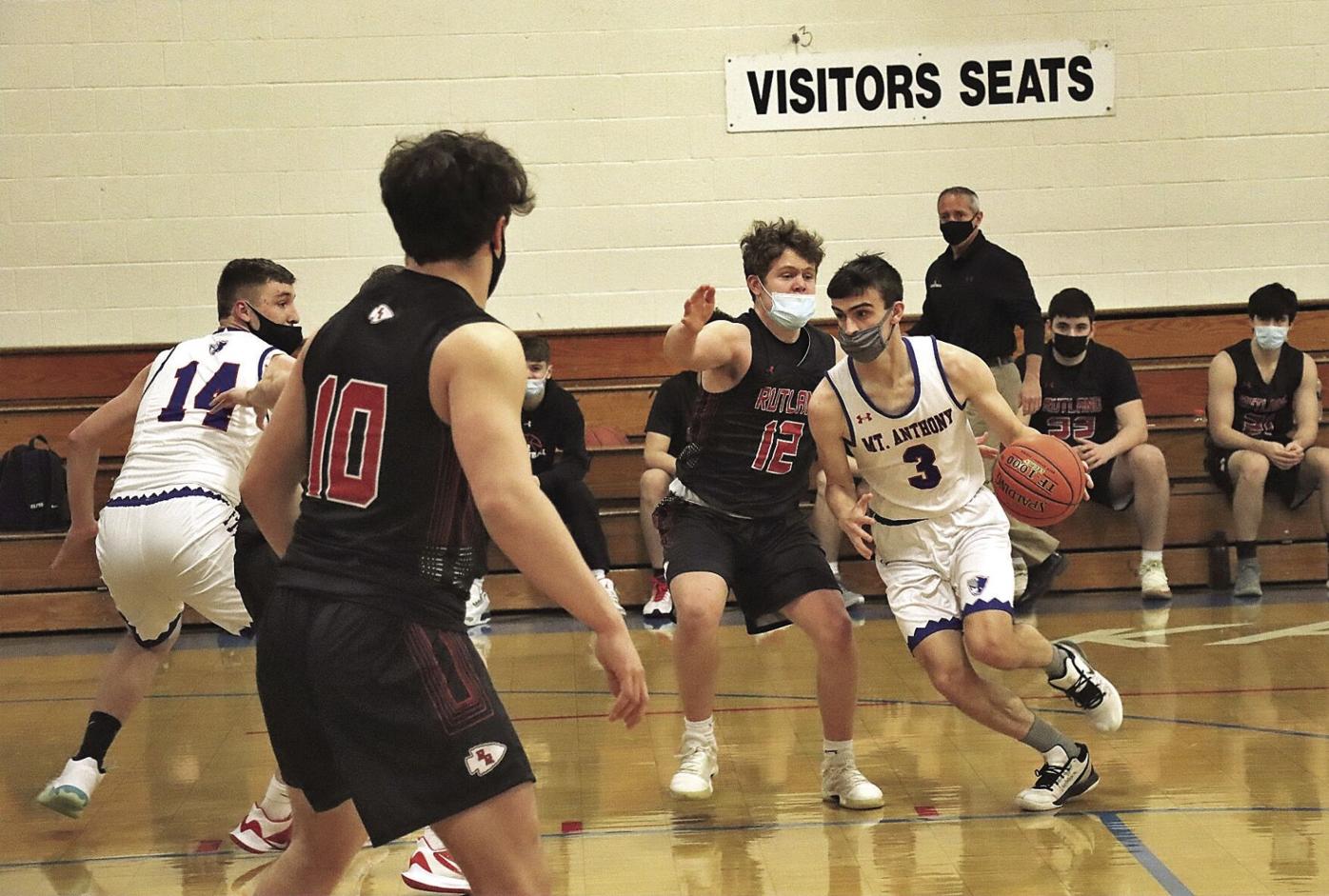 Mount Anthony's Ethan LaBatt drives to the hoop during the first half of Monday's game against Rutland. 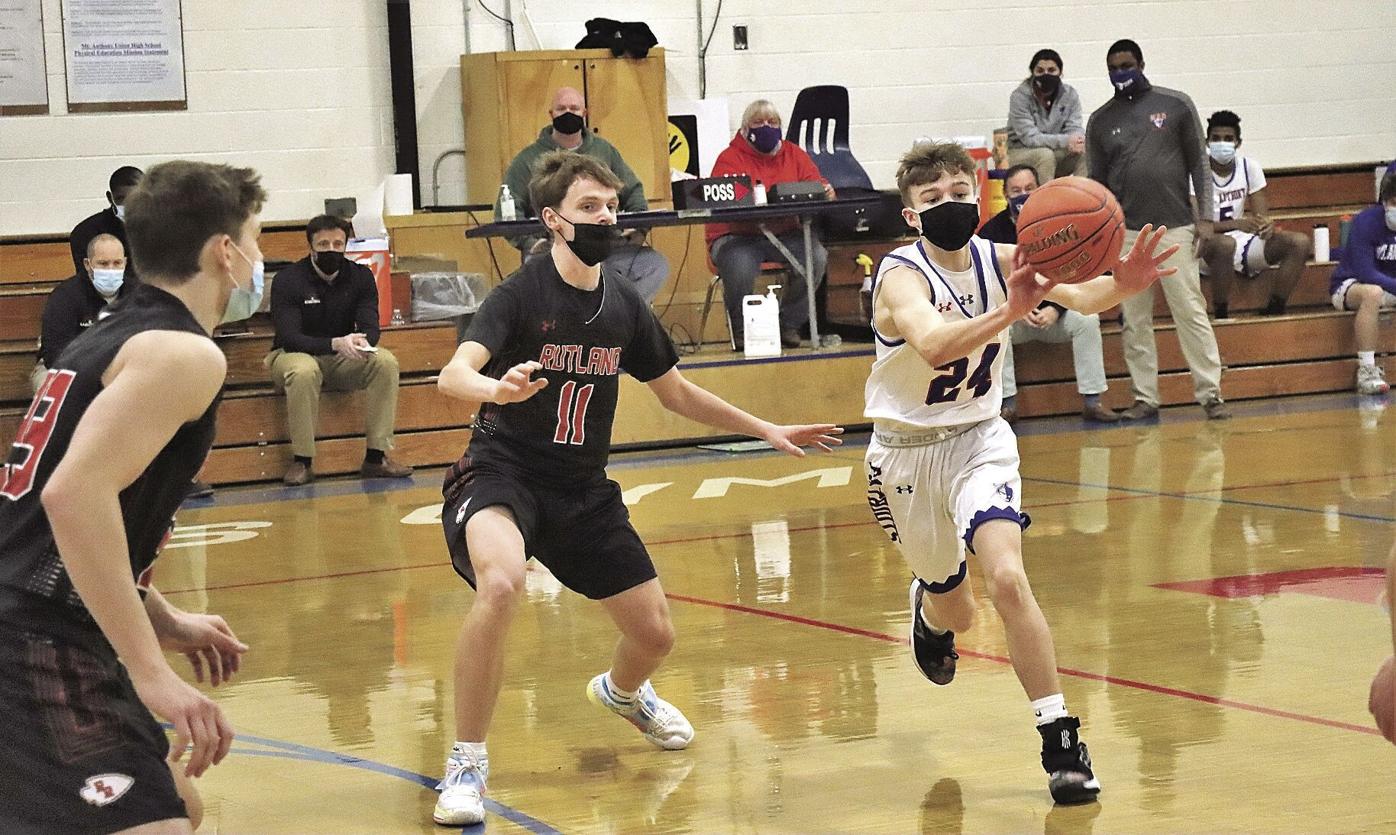 Mount Anthony's Carter Thompson passes to a teammate during Monday's game against Rutland.

Mount Anthony's Connor Barrett tries to get around a Rutland defender during Monday night's game.

Mount Anthony's Ethan LaBatt drives to the hoop during the first half of Monday's game against Rutland.

Mount Anthony's Carter Thompson passes to a teammate during Monday's game against Rutland.

BENNINGTON -- With four of their top players out with injuries, the Mount Anthony boys came into Monday night's matchup with Rutland a bit undermanned.

Using an up-tempo style and some hot three-point shooting, Rutland took a big lead in the first half en route to a 83-45 win at Kates Gym.

"They came out quick early," said Mount Anthony coach Marcus Hass. "We executed very early on, but after that we slipped after the first timeout. We had some younger guys out there, but we didn't execute our game plan and I think that really hurt us."

Evan Pockette led all scorers with 23 points, including four 3-pointers.

Three other Ravens scored in double figures, led by Noah Depoy with 18, Eli Pockette with 12 and Jack Coughlin with 12.

The turning point of the game came at the end of the first and the beginning of the second quarter.

In between, Rutland scored 21 straight points to make it 28-7 before a pair of Andrew Steadman free throws ended the run. As a team, the Ravens made 11 three-pointers.

"They shot the ball well, but we didn't defend the three very well either," Hass said.

In the first half, Rutland had 11 steals, and overall ended up with 17.

Down 49-17 at the break, MAU's best quarter offensively was the third, putting up 18 points. They were led in the frame by Braeden Billert, who scored 10 of his 13 total points in the second half.

The scoring came after Billert went down at the end of the first half with an apparent ankle injury. He was worked on by trainer Becca Swart during the break and he came back strong in the second half with five layups.

"I think Braeden struggled early on, a little out of sorts," Hass said. "But he also took three charges for us and I think that gets him really fired up and lock him into the game. Once that happens, he kind of clicked and he scored a couple down low for us. He really bounced back after the injury."

MAU senior Gavin Johnson led the Patriots in scoring with 15 points, but was held scoreless in the first quarter as Rutland made sure they kept Johnson in check.

"We didn't do a great job of getting [Gavin] the ball versus them keeping him away from the ball. Hats off to them though, their plan worked and he didn't get nearly as many touches as we should have got to him," Hass said.

Thompson, the freshman, chipped in with nine points.

"They work hard and they practice every day with a good mindset, so they're going to see the floor," Hass said. "That's the future of the program. We have some guys that can really shoot the ball and we've missed that, so we like seeing it from the younger guys."

Mount Anthony drops to 1-2 on the year and are scheduled to host Fair Haven on Thursday.