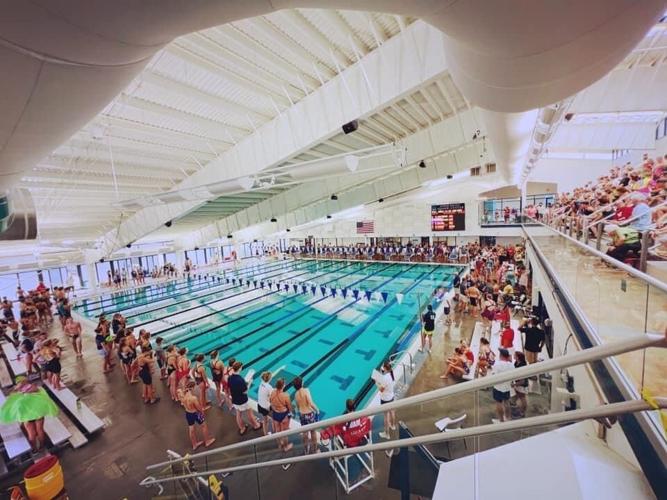 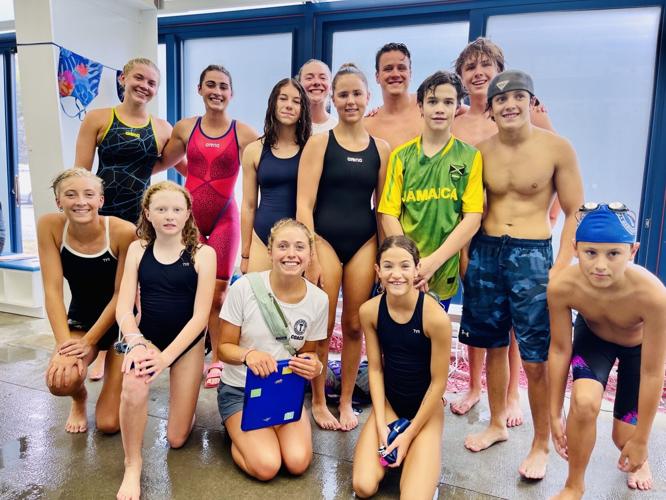 The Manchester Triton 18 and under swim team poses for a photo at the state championship meet. 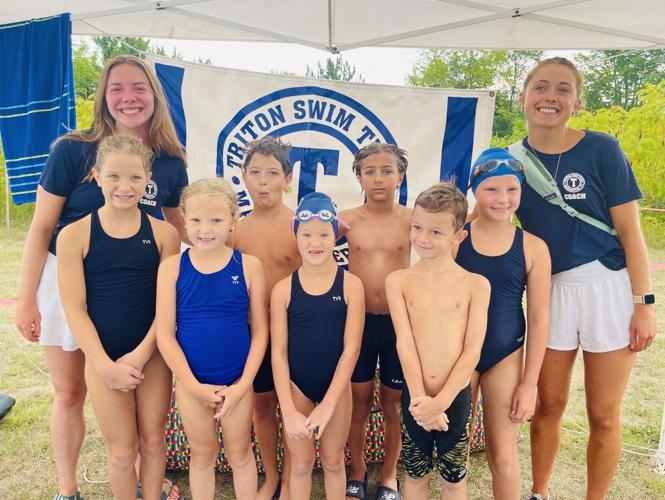 The Manchester Triton 10-and-under swim team poses for a photo at the state championship meet. 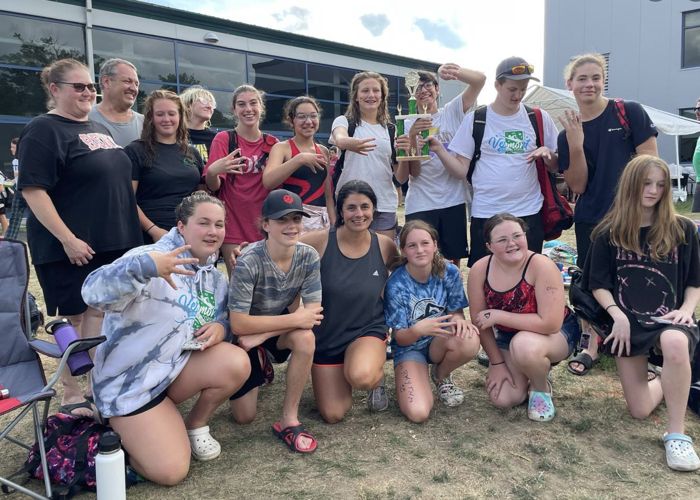 The Bennington Marauders pose for a team photo at the state championship meet.

The Manchester Triton 18 and under swim team poses for a photo at the state championship meet.

The Manchester Triton 10-and-under swim team poses for a photo at the state championship meet.

Harper Stevenson anchored her Manchester Tritons to a runner-up finish in Division III.

Stevenson won gold medals in each of her four individual events.

Fellow Triton Willa Redden also held her own in the pool, grabbing gold medals in both the 200 yard freestyle and the 100 yard backstroke in the 17-18 year-old division.

She also earned a silver medal in the 100 yard freestyle, securing valuable points for Manchester.

Kate Hornby added two silver medals for the Tritons, placing second in both the 25 yard freestyle and 50 yard fly in the 9-10 year-old age group.

Jax Torba led all Triton boys, claiming victory in both the 25 yard backstroke and breaststroke in the 7-8 year-old age group. Torba also earned a silver in the 25 yard fly.

The Bennington Marauders also enjoyed plenty of success in the pool, earning fourth in Division II with a combined team score of 842 points. Winooski Summer Swim Team won the division with 1,126 points.

While no Marauder swam to gold, there were plenty of highlight performances.

Braeden McManus continued his strong summer, grabbing a silver medal in the 13-14 year old 100 yard fly and bronze medals in the 100 yard freestyle and 50 yard fly.

Josha Roopnarine, competing in the 15-16 year-old division, swam to silver medals in the 100 yard breaststroke and 100 yard individual medley.

Nixon Lebert rounded out Bennington swimmers who medaled, winning bronze for his third place finish in the 100 yard breaststroke in the 13-14 year-old division.

Emily Tibbetts accumulated the most medals of any Marauder, totaling four. She earned bronze in the 50 and 100 yard freestyle, 50 yard backstroke and the 100 yard individual medley.