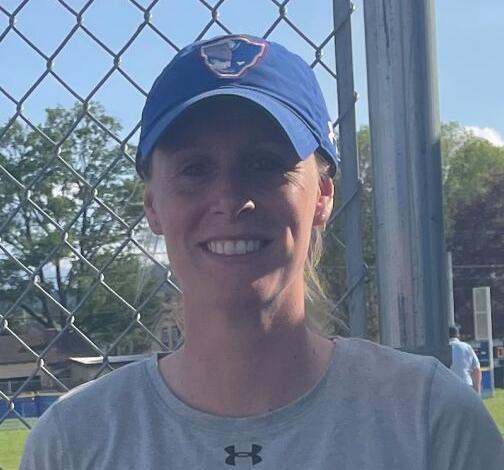 Mount Anthony Athletic Director Ashley Hoyt watches the Patriots softball team during Thursday's 3-0 win against Taconic. Hoyt announced she is leaving MAU at the end of the school year. 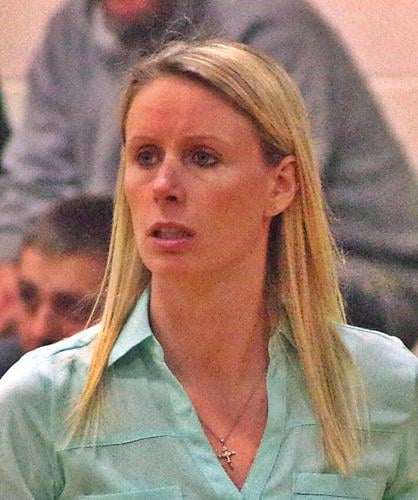 Ashley Hoyt is leaving her post as Mount Anthony Union athletic director for a position in Maryland to be closer to her family.

Mount Anthony Athletic Director Ashley Hoyt watches the Patriots softball team during Thursday's 3-0 win against Taconic. Hoyt announced she is leaving MAU at the end of the school year.

Ashley Hoyt is leaving her post as Mount Anthony Union athletic director for a position in Maryland to be closer to her family.

Hoyt emailed colleagues and Southwest Vermont Supervisory Union Superintendent James Culkeen on Thursday announcing she has taken the job as athletic director at Century High School and will be stepping away from Mount Anthony Union Athletics at the conclusion of the current school year.

The job change is one she has been pondering since the winter, calling it a personal decision. Hoyt’s wife, Christin, is a basketball coach in Maryland.

“I now have a little 8-year-old that I’m in charge of. The single mom life was a little tough with this job,” Hoyt said. ”I did what’s best for my family.”

There certainly have been challenges during Hoyt’s tenure. A smile came across her face as she recalled the spring of 2019, her first spring season here.

“We had the worst spring, probably, in Vermont history,” she said. “Every day was a reschedule. It was just rain, rain, rain all the time.”

Then in her second year at the helm, COVID-19 hit.

“It’s been absolute chaos since then.”

Hoyt has celebrated the highs of state championship wins and has been there for heartbreaking defeats during her tenure. She has been the one guiding the Mount Anthony Union Athletics through it all these past four years, and that’s something she expressed gratitude for.

“The Mount Anthony experience has been great, everything I thought it would be. I love the job, I love the community, I love the student-athletes.”

And then there are the coaches, whom Hoyt takes immense pride in.

“I’m gonna go on record saying I have the best coaching staff in the state of Vermont right now. I was very fortunate to be here and I’ve enjoyed my time tremendously. Mount Anthony will always have a soft spot in my heart.”

She singled out the relationships she has built with her coaches as the most difficult part of moving on.

“You go through a whole lot with your coaches when you’re an AD. They literally become family. They call you on holidays, weekends, early mornings and late nights.

“It’s hard because everyone that’s here right now is here because I believed in them and I thought they were the right person for the job. So it is sad, because we do have a good thing here. And I do have great coaches, but they’ll be fine with whoever comes in next.”

As for who will replace Hoyt, that is yet to be determined. It will have to be a quick transition; the new fiscal year begins July 1 and fall practices are set to begin in a little more than three months, on Aug. 15.

Mount Anthony Union indoor and outdoor track coach Paul Redding texted Hoyt, saying that it was an honor to work “not for her, but with her.” Hoyt hired Redding for both roles last fall. Redding considers Hoyt a friend and said she was always available for her coaches.

“She cares, she’s dedicated, she’s loyal and she goes the extra mile for not just (the coaches) but the athletes and she’ll be well missed,” Redding said. “ I’m very thankful that I had an opportunity to get to know her.”