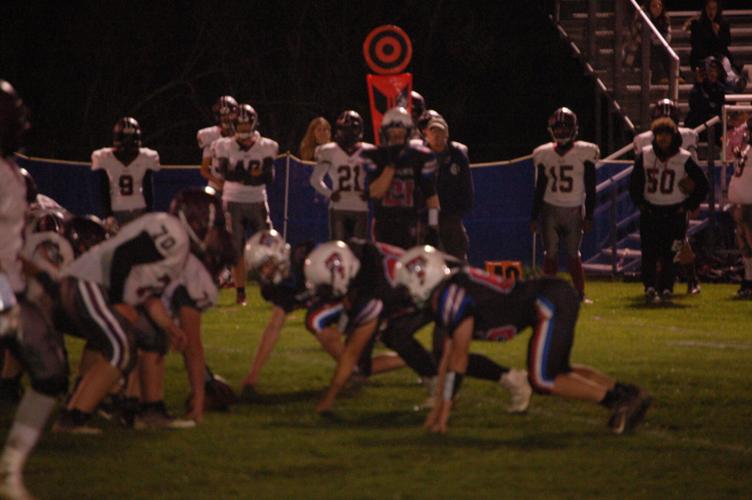 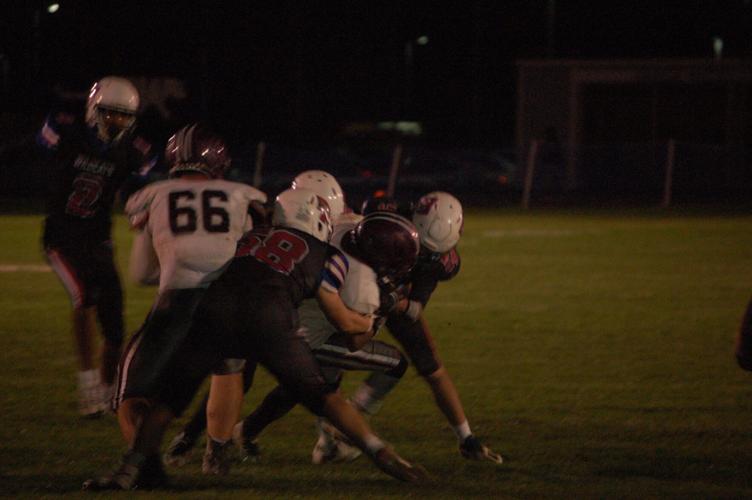 HOOSICK FALLS, N.Y. — The Hoosick Falls/ Tamarac Wildcats were relentless from the opening kick on Friday night. On what was senior night for the Hoosick Falls members of the team, the Wildcats needed just one half of football to put up 44 points on the Watervliet Cannoneers.

Quarterback Jake Sparks wasn’t asked to do much with his arm, but rushed for three touchdowns, all in the first quarter. He scored on carries of 15, 7 and 85 yards, finishing the night with 126 yards on just five totes. Bryan Mackey took the bulk of the work on the ground, finishing the night with 14 carries for 59 yards and a touchdown from three yards out in the second quarter.

“Jake Sparks was unbelievable,” said head coach Erick Roadcap. “I’m tempted to give him the ball on punt team and see what he does with that, too.”

Since their Week 1 loss to Schuylerville, the Wildcat defense has been on a mission, allowing just seven total points and pitching two consecutive shutouts.

Already down 28-0, the Cannoneers took over inside their own 10 on their first series of the second quarter. On the second play, several Wildcats reached the Cannoneer quarterback in the end zone for a safety. Rich Stifter Jr. took the ensuing free kick all the way back to the Watervliet 15, and several plays later, Mackey punched it in.

Just a couple of plays later, The Cannoneers tried to test the Wildcats with a sprint out pass to the right. Sparks, playing middle linebacker as well, was there to step in front of the pass and race 40 yards down the sideline for what would end up being the game’s final score.

It was only fitting that the defensive unit put up eight points of its own. The Wildcats were hitting hard all night. They forced four turnovers and only allowed one first down the entire night. They seemed to have at least five or six players swarming to the ball on every down.

“We put a lot of emphasis on that… pursuit and getting a lot of hats on the ball,” said defensive coordinator and assistant head coach Chris Fleming.

After a halftime ceremony honoring Hoosick Falls’ 2012 state championship team and their late coach, Ron Jones, the second half melted away quickly. New York high school football rule is that the clock will run, regardless of game action besides a score, injury, penalty, or timeout, if there is a deficit of 35 points or more in the second half.

Each team only ended up with a couple of series as a result, but the Wildcats’ second-teamers showed well in their opportunity, moving the ball inside the Cannoneer 20 on one drive and recording two interceptions while playing with the same trademark intensity defensively.

“I was really proud of our second group. Those guys are our scout team, the one’s pushing to make us better each week,” said Fleming. “They didn’t look like a second group to me tonight.”

“We’ve got a big one coming up at Warrensburg/ Lake George,” said Roadcap. “But this is a good win. They came out and did what they had to do.”