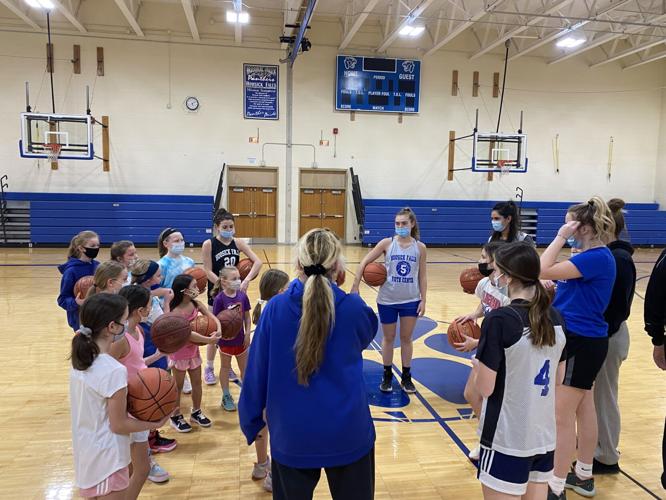 The Hoosick Falls girls varsity basketball team and the youth center third- and fourth-grade team huddle to discuss the game plan for their joint practice. 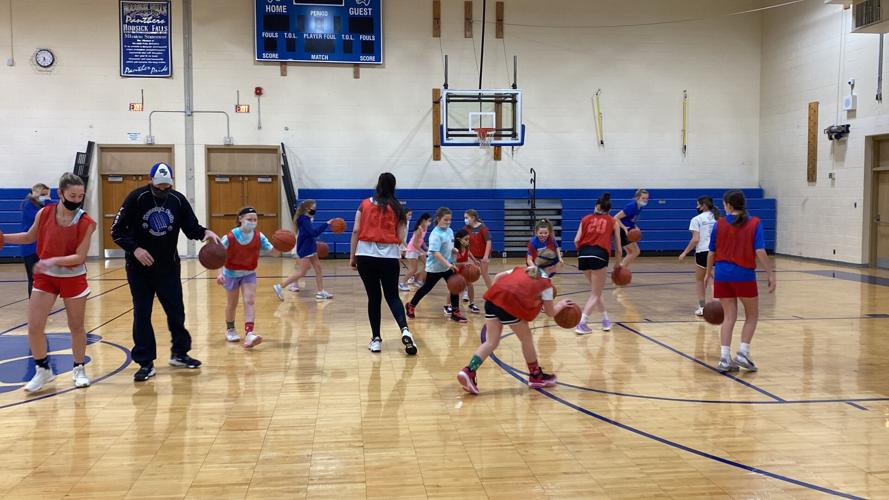 The Hoosick Falls girls varsity basketball team and the youth center third- and fourth-grade team huddle to discuss the game plan for their joint practice.

HOOSICK, N.Y. — Hoosick Falls varsity girls basketball has strung together its first winning streak of the young season with its latest victory over Saratoga Central Catholic on Thursday.

On Sunday, the Panthers invited the town’s third and fourth-grade team to their practice, giving pointers to the next generation of Hoosick Falls athletes.

“They were super excited,” said Hoosick Falls Youth Center coach Chelsea Stevens. “It was just a great connection that they got to go and learn from them. And they really listened and really picked up on some stuff.”

The high schoolers spent around 45 minutes leading the kids in layup and dribbling drills. Then, the youth team watched the Panthers scrimmage from the sidelines.

For years, Hoosick Falls has hosted youth basketball camps during the summer. Branigan believes the camps are important to help build an identity for the program. Over the past two summers, they have not been able to host the camps because of the pandemic. Sunday’s practice is another way to get the younger generation involved with the program before they hit high school.

“It’s so important to get the kids involved,” Brannigan said. “Right now more than ever, we just have to find a way to get these younger kids involved. I’m so thankful that our team was so excited to do it. They were thrilled to work with these kids.”

The practice was just as beneficial for the high schoolers. The younger kids view them as stars — Brannigan went as far to say the younger kids looked at the Panthers as “WNBA superstars.” There were relatives teaching their younger family members how to play the game. It built team chemistry and Branigan believes her team got a confidence boost from the session.

“I think my team was super flattered by the way these kids were talking to them and just telling them how great they are,” Branigan said. “It was nice for my team to just hear those things. Maybe boost their confidence a little and make them believe in themselves and kind of see things through the little kids perspective.”

One of the drills the younger kids participated in was a high-speed full court layup drill that includes receiving passes from different spots on the court. It can be difficult to comprehend at first, but Stevens said her team got the grasp after a few minutes and it inspired them.

“I think they saw that they could do anything they set their minds to.”

A lot of the girls attending Sunday’s practice attend Hoosick Falls home games, cheering on the team from the bleachers. After sharing the court with them, they now feel even more connected to the players they look up to.

The Panthers hit the road for their next three contests. They return home on Feb. 1 against Tamarac.