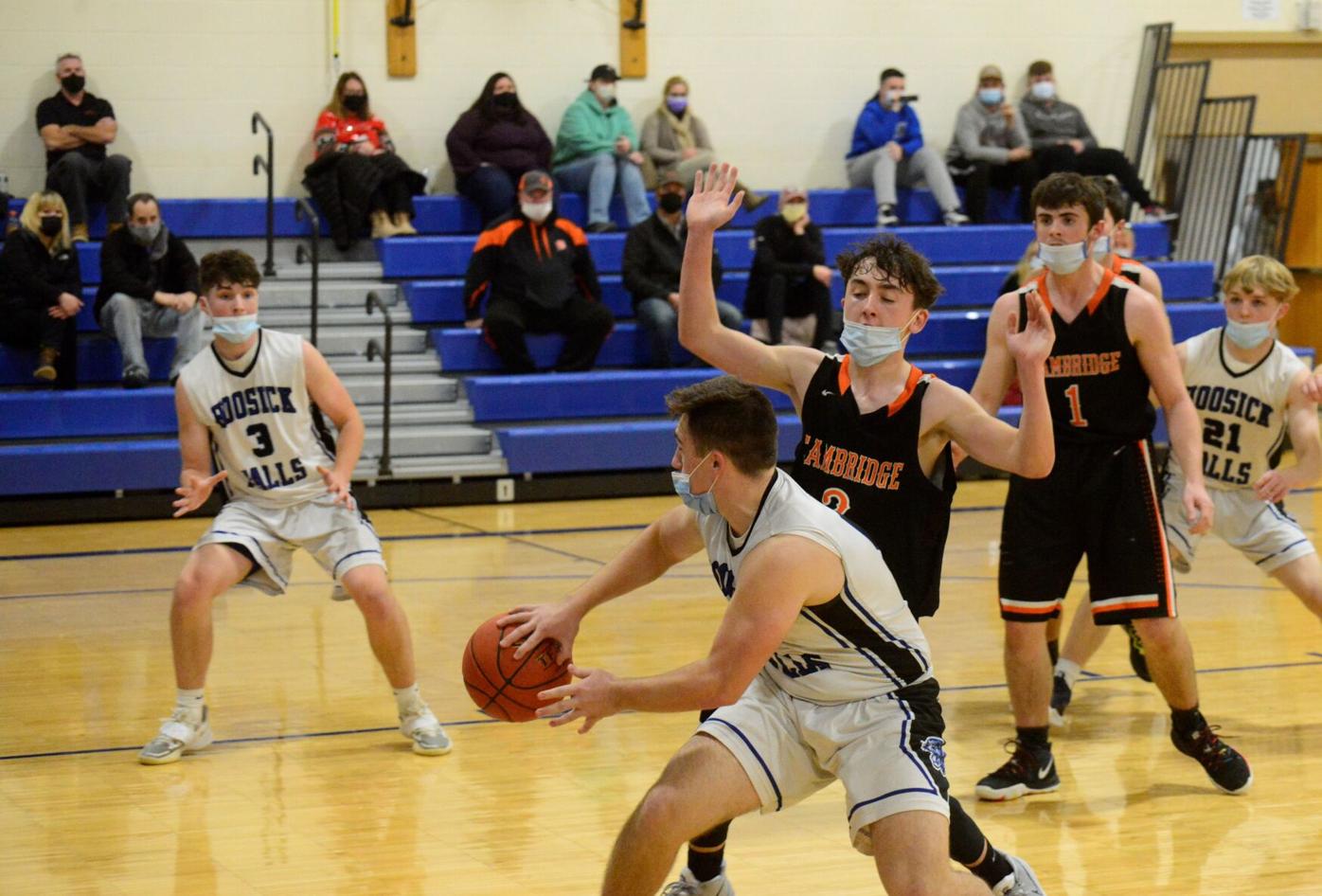 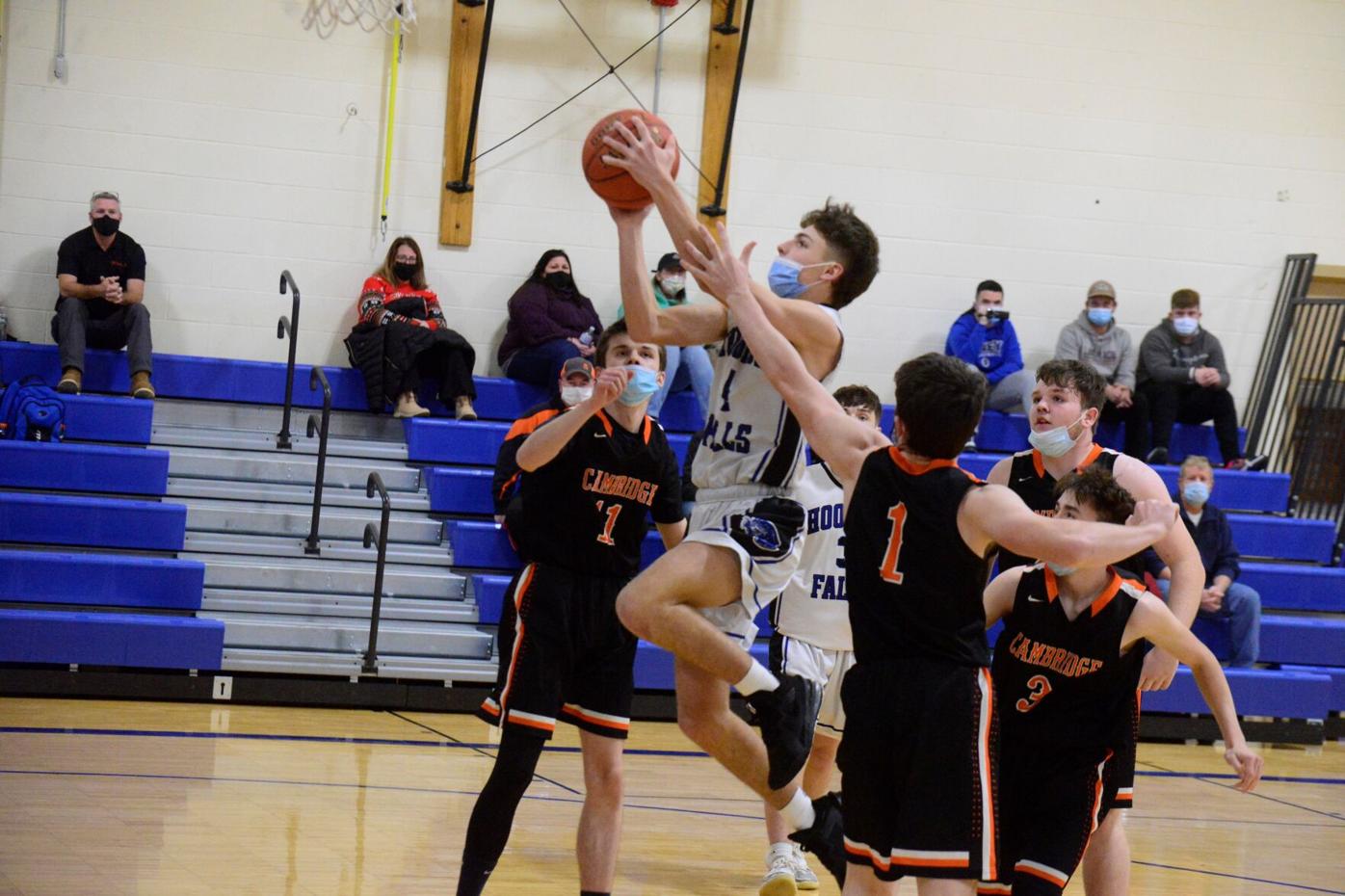 Connor Jones drives to the lane during the first quarter of Wednesday's game between Hoosick Falls and Cambridge. 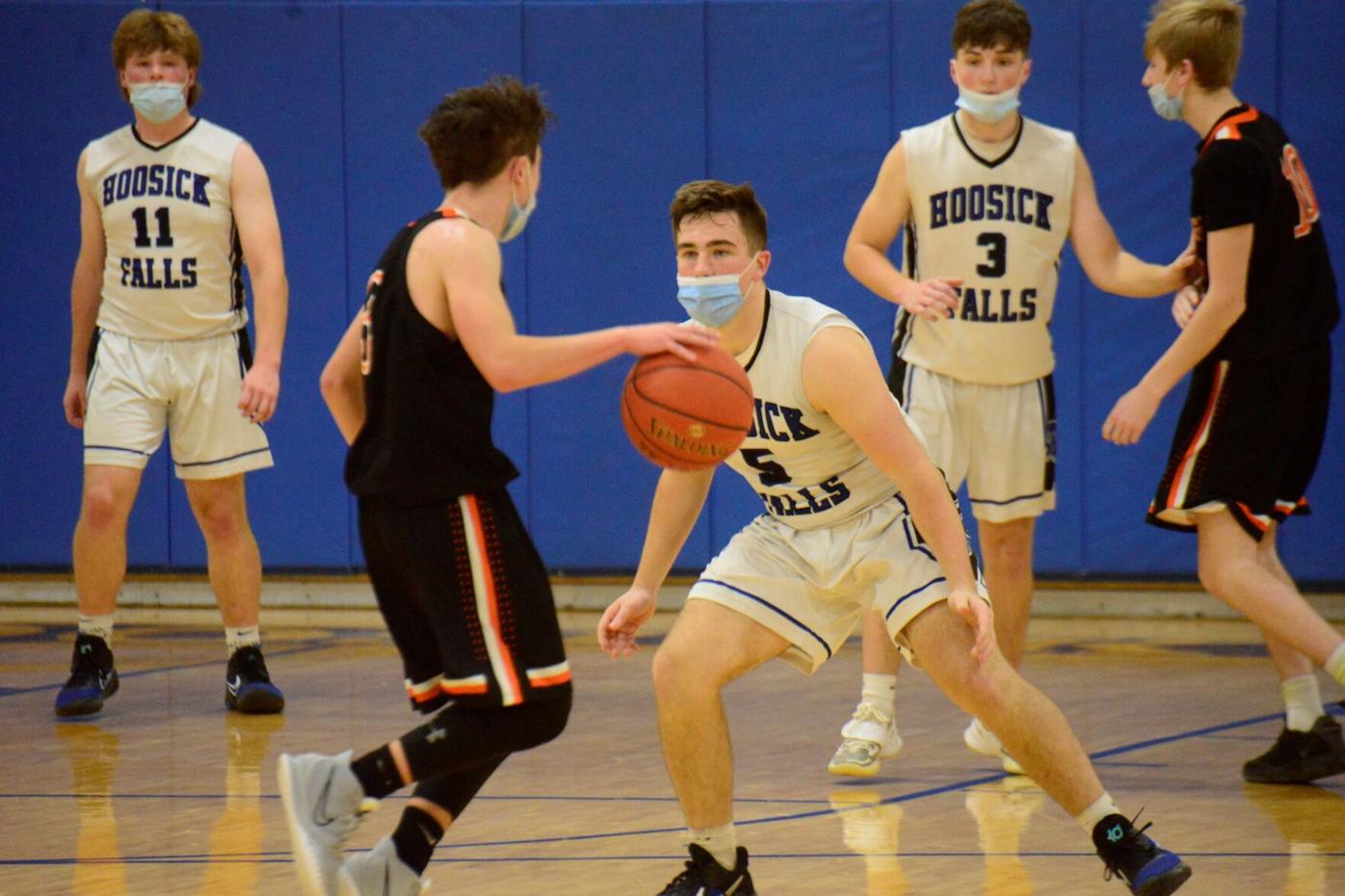 Connor Jones drives to the lane during the first quarter of Wednesday's game between Hoosick Falls and Cambridge.

HOOSICK FALLS, N.Y. — Conner Jones got things started for the Hoosick Falls boys basketball team on Wednesday night, driving hard to the left side of the lane and finishing through contact for the team’s first points of the season with just under 90 ticks gone off the clock.

The guard flashed his athleticism throughout and led the Panthers to a 62-37 season opening victory over Cambridge.

Jones had a near carbon-copy player a few minutes later in the first quarter, again taking the ball to the left side of the paint and finishing a layup while absorbing contact.

“He’s one of our best guys to take it to the hoop, so we want to see him do that,” Lilac said. “He’s a big part of what we’re doing here.”

Jones’ 17 points led the Panthers, but the Panthers saw contributions throughout its eight man active roster on Wednesday.

Jake Sparks finished his night with 16 points, playing a physical game in the paint and capitalizing on second chance points on offensive rebounds.

Hoosick Falls had its opportunities to run away with the game early, but each time Cambridge had an answer, mainly from Logan Richter.

Cambridge’s first basket came at the 3:40 mark of the first quarter, when Richter splashed a three from the left wing, cutting the Panthers’ lead to 10-3.

An Isaac Toleman three pointer and another five points from Richter closed Cambridge’s gap to six points by the time the first quarter came to a close.

Cambridge kept the game within single digits at the break, trailing 33-24. Richter connected on two more shots from downtown as the lanky forward was responsible for 14 of Cambridge’s 24 first half points.

Lilac said his team schemed to take away open three point looks during halftime, and those adjustments paid off in a big way. Cambridge was only able to muster six third quarter points, giving Hoosick Falls the opportunity to build a convincing lead.

Sparks scored six points himself in the quarter. The Panthers scored 15 as a team, extending their lead to 48-30 and coasting to a victory from there.

The Panthers allowed just 13 second half points. The big emphasis was on making things more difficult on Richter. By limiting the Cambridge forward to just one second half basket, Hoosick Falls was able to significantly slow down their opponent offensively.

Panthers center Tucker Thayne pitched in with six points and was a physical force alongside Sparks down low. Rounding out the Hoosick Falls starters was Miles Smith and Dylan Baker, with seven and four points, respectively.

Wednesday’s game marked the first time Hoosick Falls basketball has played in front of its home fans in 652 days.

Lilac is pleased to have other people in the building again.

Hoosick Falls improves to 1-0 on the season, while Cambridge falls to 0-1.