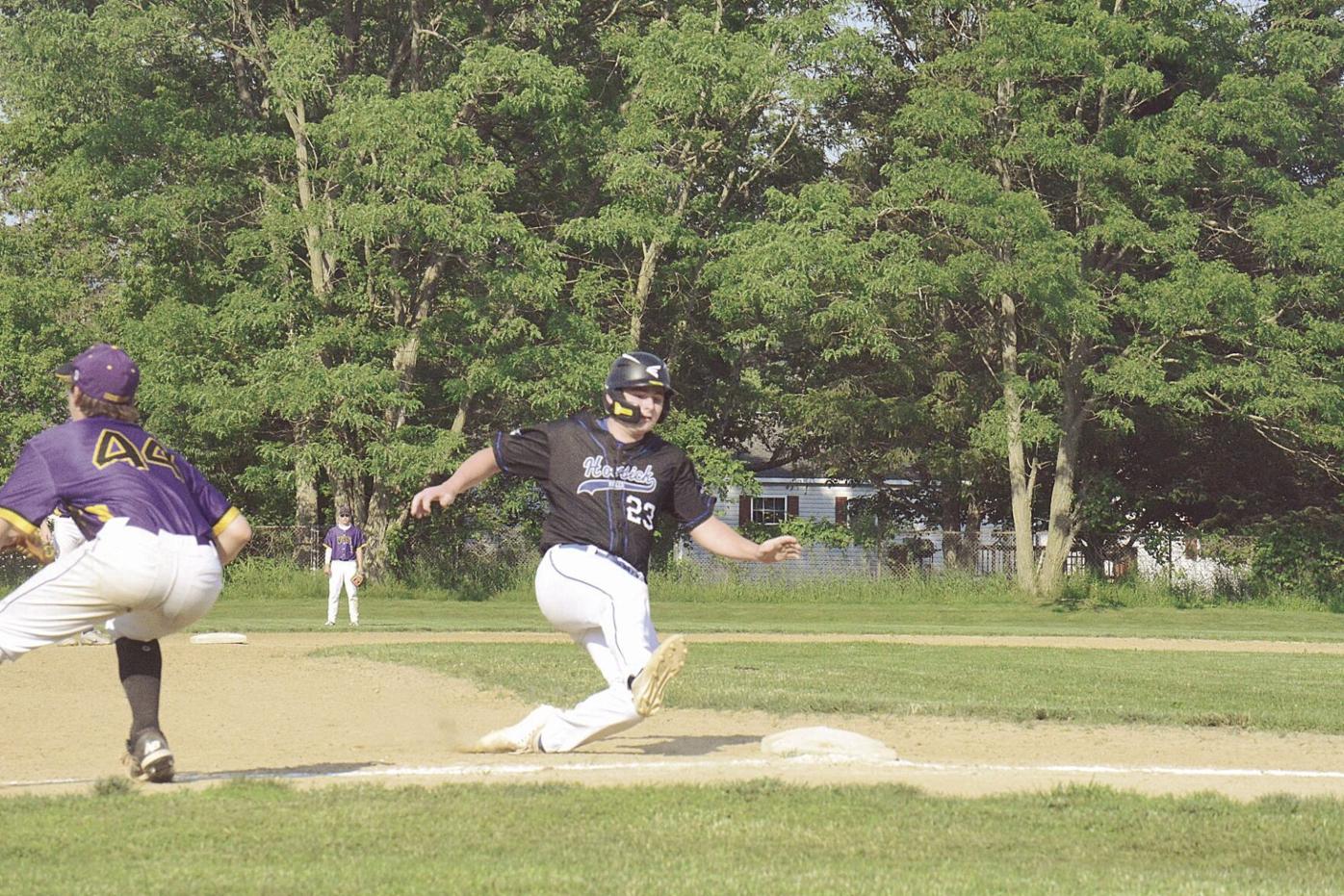 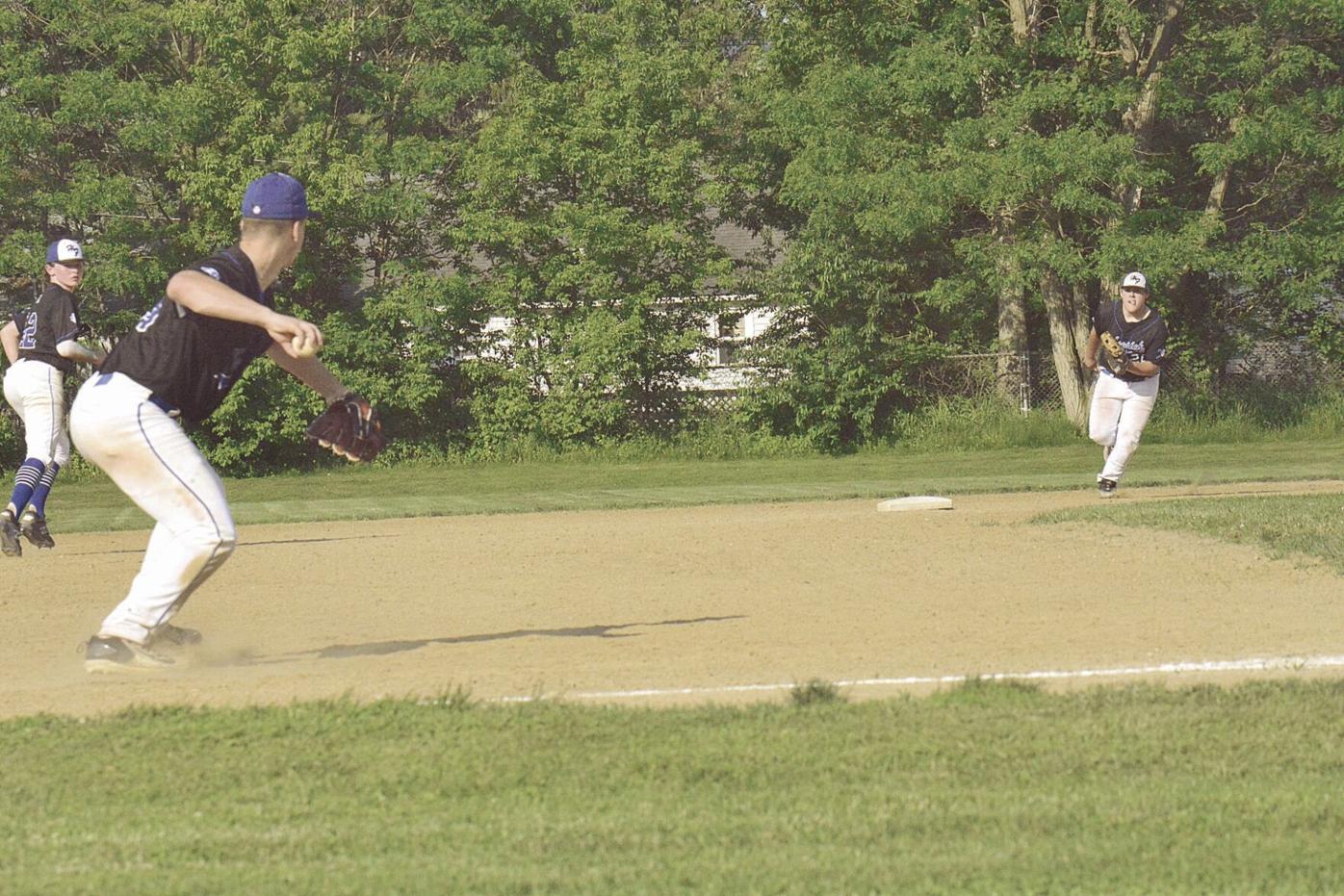 HOOSICK, N.Y. — Panther’s ace Jake Sparks found himself in an unfamiliar spot to begin Monday’s playoff game against Voorheesville. The right hander allowed the first three Blackbird bats to reach on a single, hit batter, and infield error respectively. That loaded the bases with no outs.

First baseman Tucker Thayne had his pitcher’s back with an outstanding inning defensively that helped limit the damage to just a single run.

The Blackbirds cleanup hitter blasted a line drive to deep centerfield, plating the first run of the game. As the runner from second received the green light for home, Thayne handled the relay and gunned down the would-be second run and registered the first out of the game.

The next batter grounded out to third. With two outs and two on, another ball came Josh Colegrove’s way at third. Colegrove’s throw sailed a little wide left of the bag at first, but Thayne fully extended while staying on the bag to save two more runs and get the Panthers out of the inning.

Hoosick Falls coach Mike Lilac knew the game had the potential to get out-of-hand in that spot.

“For them to only get one there, (it) turned out to be a big part of the game as far as not falling behind too far too early,” Lilac said.

Sparks looked more like himself for the rest of the day, throwing six solid innings of work striking out nine while allowing five hits and no walks.

Hoosick Falls tied the game at 1-1 in the bottom of the second as Jeremy Gress plated Colegrove on a two-out blooper off the end of his bat to short right field.

A four-run bottom of the third, highlighted by back-to-back doubles by Sparks and Thayne that each drove in a run, was just what the Panthers needed to get their confidence back.

“Once we got up 5-1, everybody kind of loosens up; Loosens up at the plate, loosens up in the field,” Lilac said. “The game gets easier when Jake’s on the mound and we have a little lead, it’s been that way all year.”

With Sparks pitching with a lead for the first time in the top of the fourth, he struck out the side after the leadoff batter reached on an error. The Panther’s increased their lead in the bottom half of the inning when Sparks and Thayne once again drove in a run on a single and fielder’s choice, respectively giving the Panthers a 7-1 advantage.

While Hoosick Falls has enjoyed success throughout its lineup all season long, it was the top of the order that delivered the damage on Monday. Along with Sparks and Thayne’s productive days, Colegrove reached base three times, scored twice and drove in a run from the five-spot. Andrew Sparks crossed the plate a team-high three times from the two-hole.

Colegrove tacked on an insurance run with a two-out single in the bottom of the sixth that brought Andrew Sparks home.

Alex Bushee was given the ball in the top of the seventh, forcing three flyouts to secure the win.

The Panthers’ playoff push continues on Tuesday at Greenwich at 4 p.m. Lilac said Colegrove will draw the start.