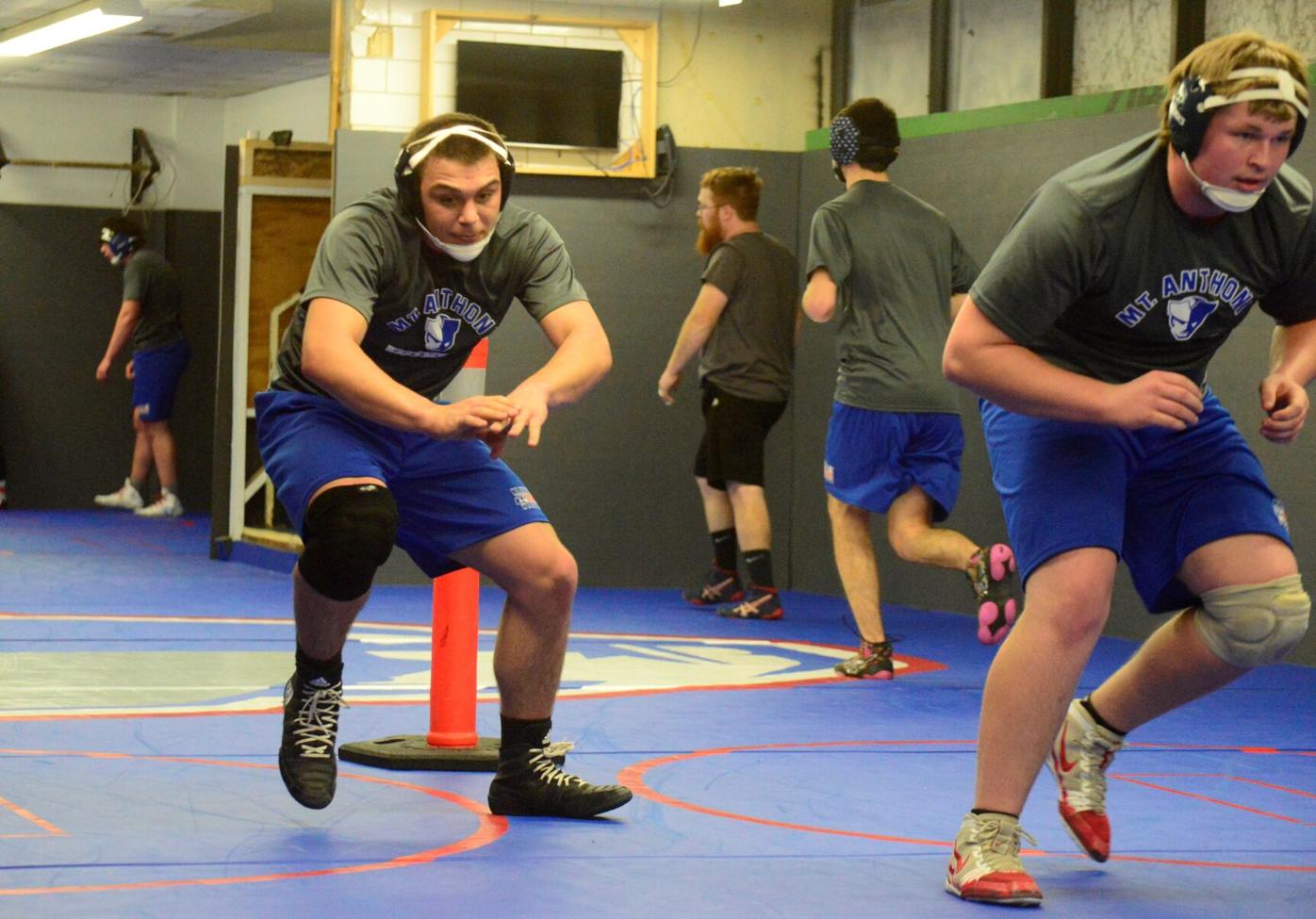 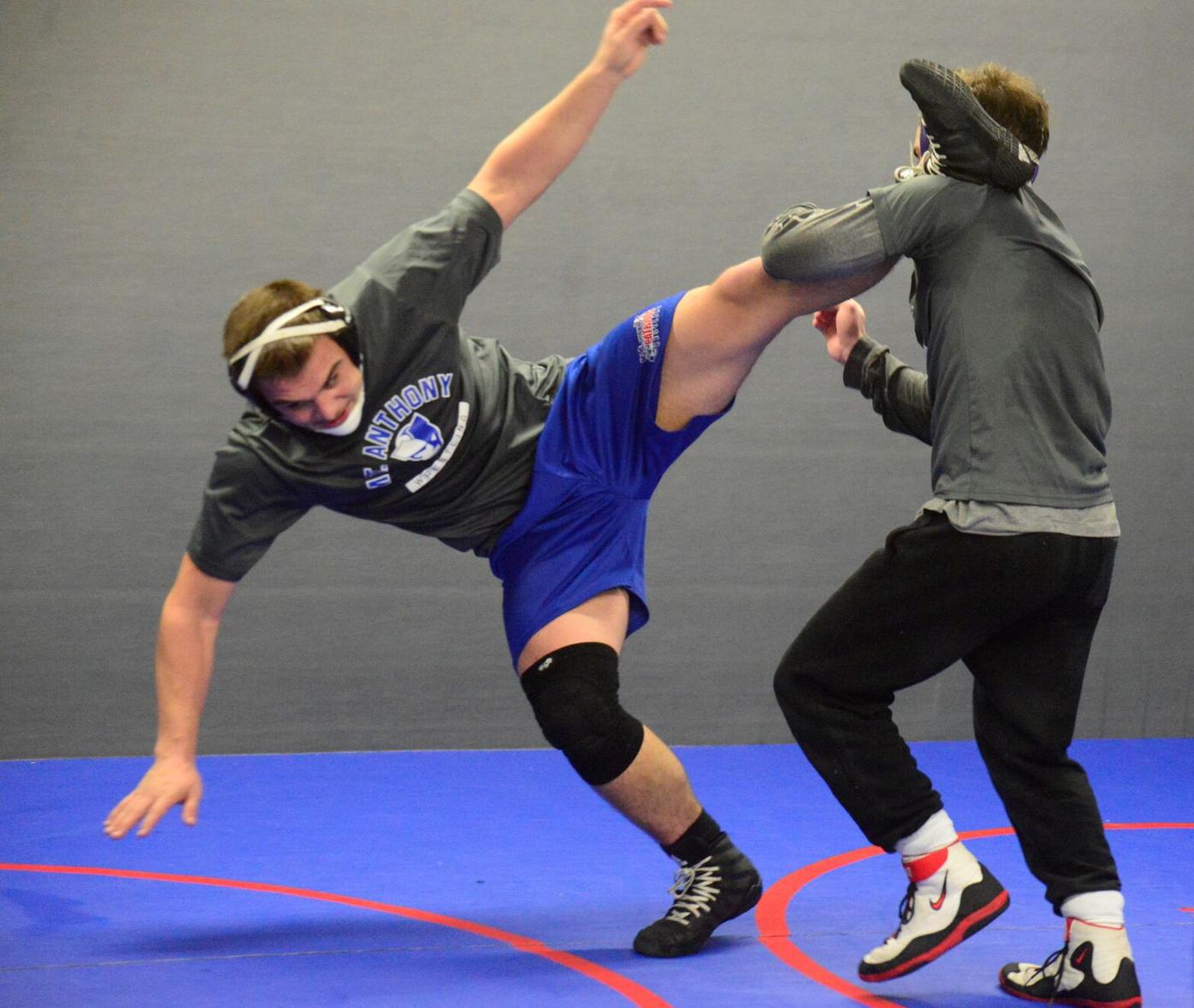 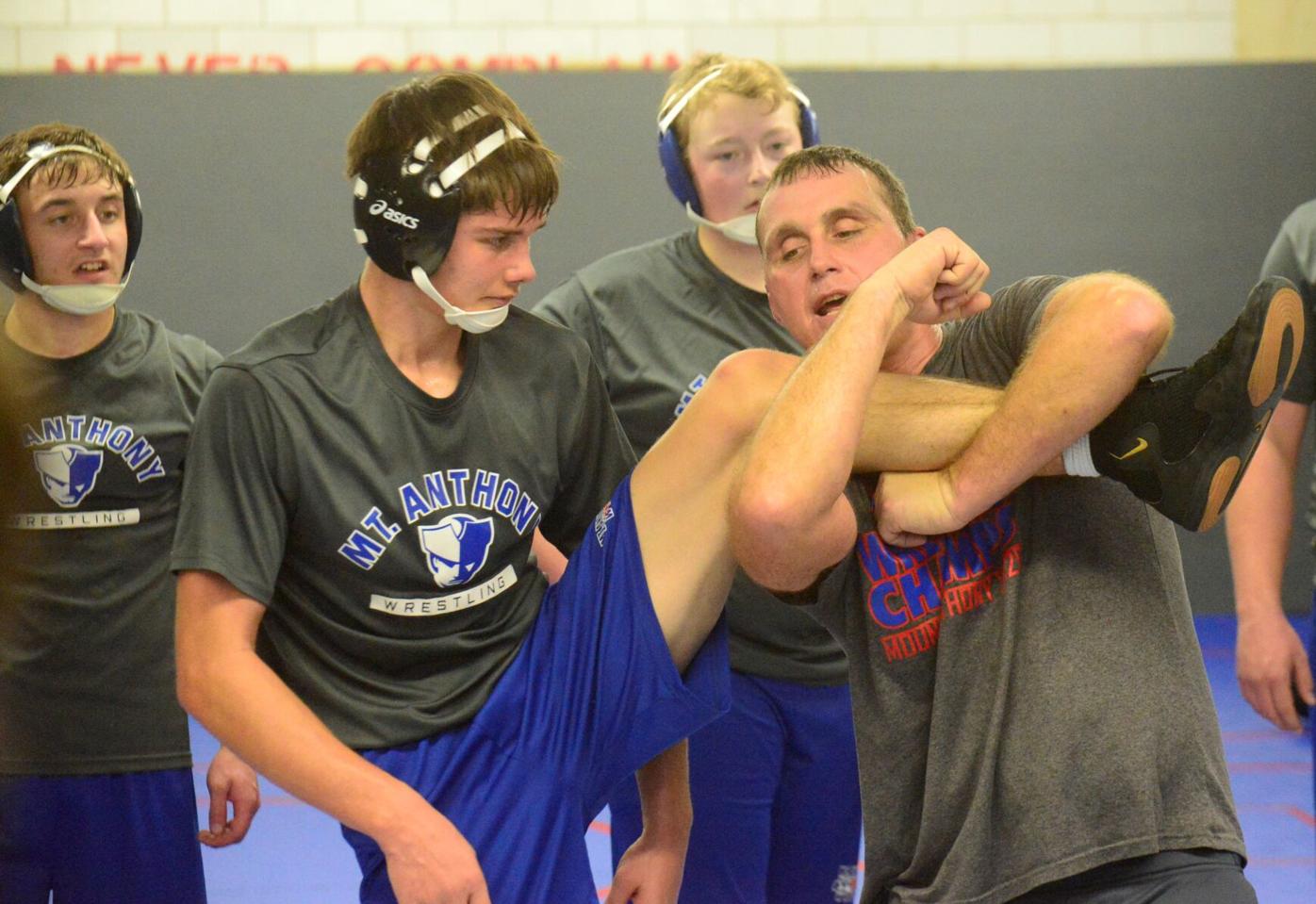 BENNINGTON — After 32 straight Vermont state championships, it comes as no surprise that the Mount Anthony wrestling team is eager to return to action after COVID-19 forced last winter’s season to be canceled.

“It’s really exciting,” said senior Landon Davis. “All these tournaments I missed last year, I can’t wait to get a second chance at.”

The team once again boasts its fair share of top wrestlers in the state, including Davis. The senior is a two-time state champion, winning in the 120-pound weight class during both his freshman and sophomore seasons. He was on track to accomplish a feat only 10 MAU wrestlers have done in the program’s storied history, becoming a four-time state champion. With his junior season canceled, Davis was robbed of that opportunity.

The same is true for Hayden Gaudette. The senior was crowned the 285-pound state champion in his first two seasons on the mat with MAU, but saw his junior season get canceled before he had the opportunity to strap on his headgear.

Davis and Gaudette are two of the Patriots’ four captains. Kyle Hurley and Aaron Johnson round out the group. Both Hurley and Johnson lost their state championship bouts in nail-biting fashion in 2020.

The Patriots graduated only two seniors from last year’s lost season, Jordan Ross and Bobby Simmons, but the holes in the roster extend beyond just players aging out of the program. A few former wrestlers decided not to come out for this year’s team after a year away from the sport.

That includes two members from the 2019-2020 varsity roster: Alex Brown and Connor Bell.

MAU coach Brian Coon believes Brown could be a state champion in the 106-pound class if he were on the mat this season, and Bell, who is currently injured, is another piece the Patriots are missing. Coon said he’s working on getting them back on the team, but as of now they are absent.

The Patriots traditionally boast around 30 wrestlers on its roster. No competitions last winter has impacted that number fairly significantly, as they start their 2021 season with 22. That number is where MAU finds itself at the end of the season, taking into consideration injuries.

“Wrestling is just one of those sports that’s hard sell anyway, and once you’re out of it, it’s really hard to get back in,” Coon said.

MAU will look to benefit from a rarity in its program: athletes that are brand new to the sport. The Patriots roster includes six wrestlers who have never wrestled before. Typically, there is a feeder program that introduces people to the sport, but that program was unable to take place last year because of the pandemic.

Carson Herefeld is one of the newest Patriot wrestlers, and coach Coon likes what he has seen in the very limited time he’s been around the junior.

“He has good movement for a big guy, athletic and quick,” Coon said. Herefeld will compete in the 220-pound class.

The new additions to the team are working hard and helping everyone get better day in and day out.

“Being with them to see their improvement as they get in there, it really is just inspiring to push yourself even more,” said Johnson.

Despite lower numbers than usual, MAU still has good depth. Sam Blackmon has two years of experience as he prepares for his senior season. Junior Devon Hurley is another person who will compete at every tournament this year.

Ben McLaughlin was a top three guy in the state until suffered a concussion during the 2019-2020 season and wasn’t cleared to return for the rest of the year. The Patriots will benefit from his return.

Shawn Gassaway and Logan Davis haven’t wrestled in high school yet, but the sophomores both qualified for the middle school regionals, proving their talent level.

After a year away, MAU finds itself in an unfamiliar position, ranked third in the state’s preseason polls.

Spaulding is ranked first, with Essex in second. The Patriots round out the top three.

MAU topped Essex by 24 points in the 2020 state title, the smallest margin of victory at states for MAU in more than a decade.

Coon relishes the opportunity to have the underdog role.

“I like to be in a different position,” Coon said.

The coach realizes that the Patriots will still have a target on their back night in and night out, however, thanks to their record-breaking state title streak.

“You always have the bull’s eye on you,” Coon said. “I don’t think that’s gonna change until somebody knocks us off.”

He believes this season will be a challenge to extend the winning streak to 33 in a row.

“It’s not going to be a team where we’re going to win every tournament like we have done in the past,” Coon said. “But the team seems to be working hard, wanting to get better. I think by the end, we’re gonna be where we need to be. We’re just gonna take some lumps.”

Kyle Hurley doesn’t read much into the preseason rankings. He’d rather have the team’s work ethic speak for itself.

“It is what it is. Anything can happen, but we’re grinding,” Hurley said. “Every year they say they are going to beat us, every year. And what do we do? We show them. That’s just because we grind, we know how to outwork everybody.”