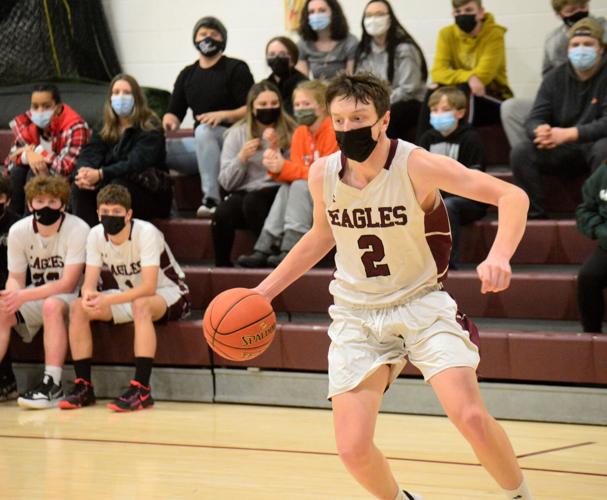 Arlington's Griff Briggs drives to the hoop during the fourth quarter of Tuesday's home game against Green Mountain. Briggs led the Eagles offensively with 14 points in the 59-47 loss. 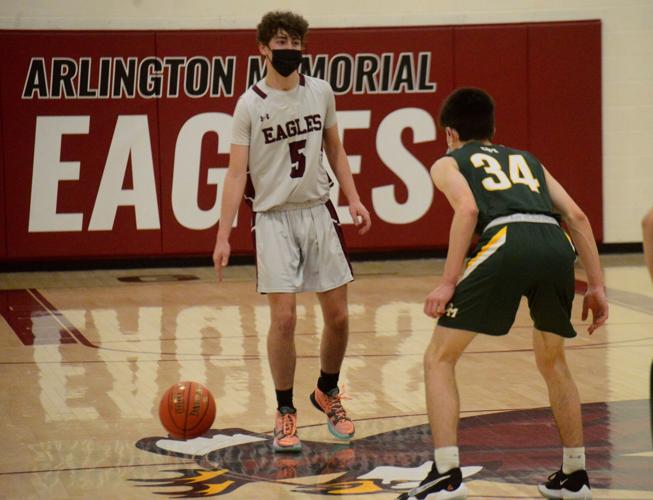 Arlington's Joeseph McCray dribbles the ball during the second half of Tuesday's game against Green Mountain.

Arlington's Griff Briggs drives to the hoop during the fourth quarter of Tuesday's home game against Green Mountain. Briggs led the Eagles offensively with 14 points in the 59-47 loss.

Arlington's Joeseph McCray dribbles the ball during the second half of Tuesday's game against Green Mountain.

The Eagles led 13-10 after the first quarter thanks to the hot hand of Joseph McCray, who hit three 3-pointers in the quarter to the tune of nine points. McCray finished his night with 11 points, the second most on the team.

Green Mountain responded in a big way in the second quarter, scoring 21 points, seven of which came from center Eben Mosher. That helped Green Mountain build a 31-27 lead by halftime.

Arlington’s Griff Briggs came out of the break determined to keep Arlington within striking distance, scoring seven of his team-high 14 points in the quarter. Each team put 12 points up in the third, as Green Mountain retained its four point advantage heading into the final quarter.

That’s when the visitors defense stepped up, allowing the Eagles to score just eight points as Green Mountain put the game away late with its 16 point quarter. Everett Mosher was the games leading scorer with 19 points. The Green Mountain senior point guard scored eight of those points in the final quarter.

Arlington moves to an even 4-4 on the season while Green Mountain improves to 4-3. The Eagles return to the court Friday night for a 7 p.m. game at Sharon Academy.