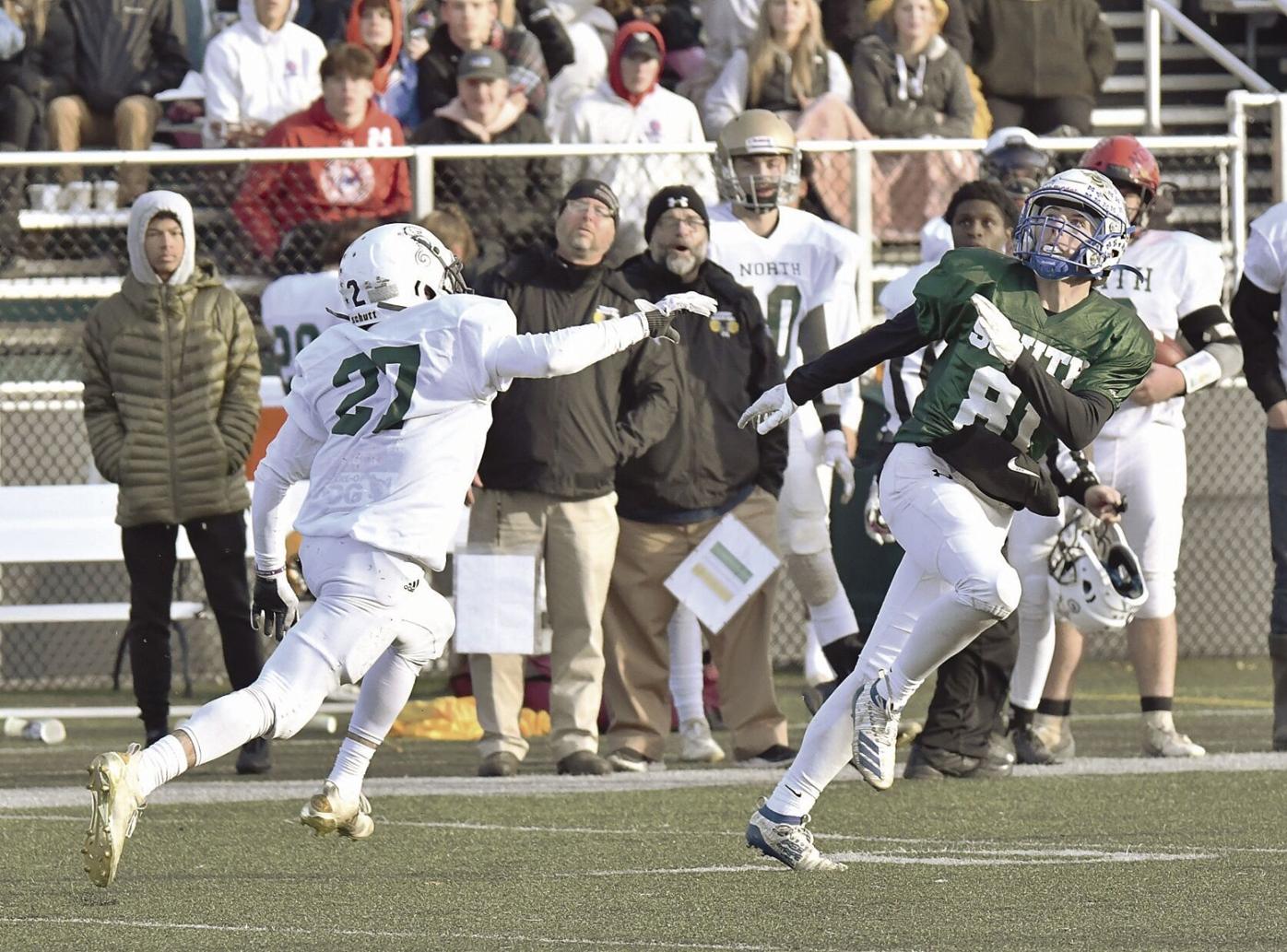 Mount Anthony's Austin Grogan looks to make a catch during the North versus South football game earlier this month. 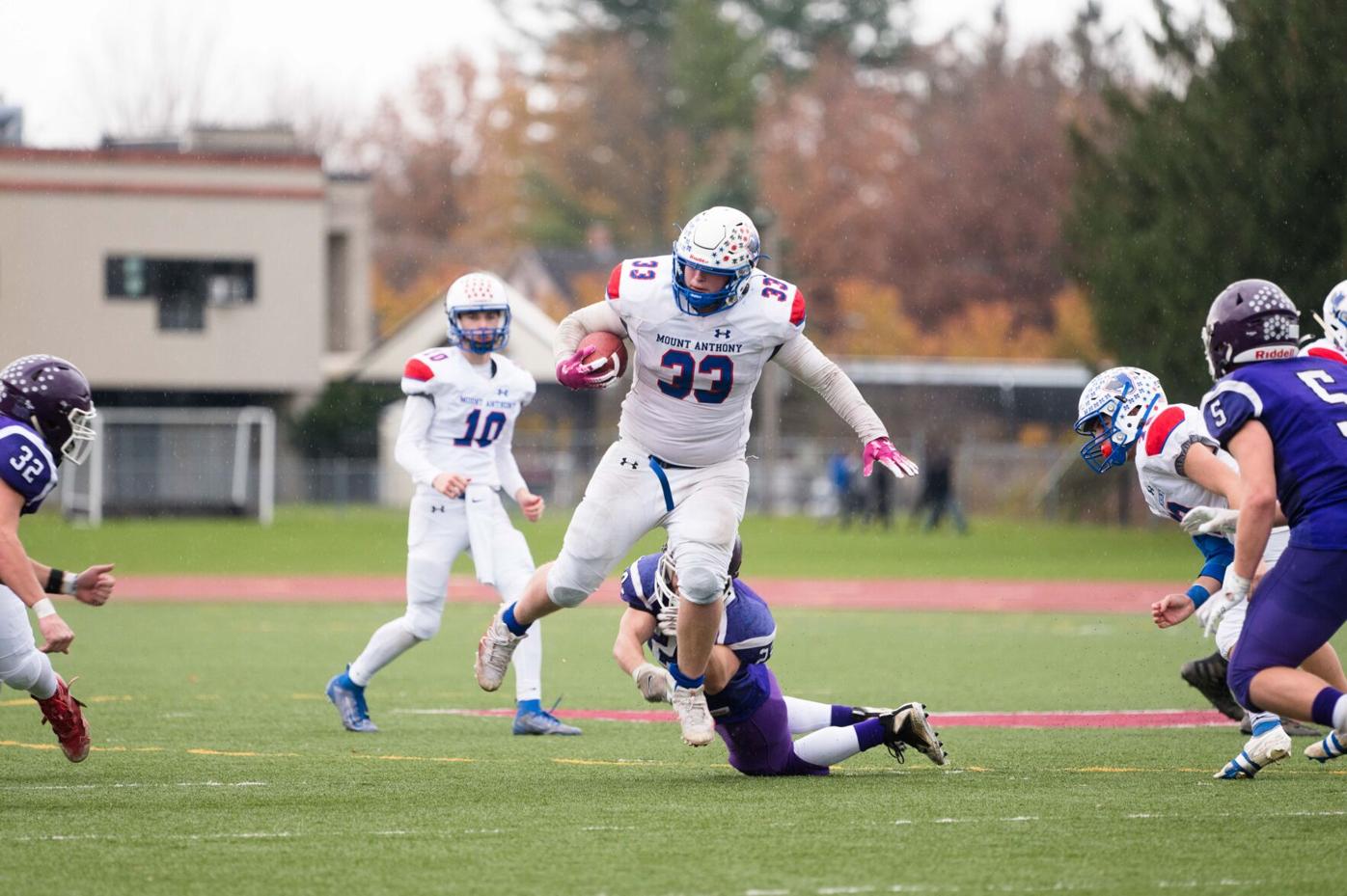 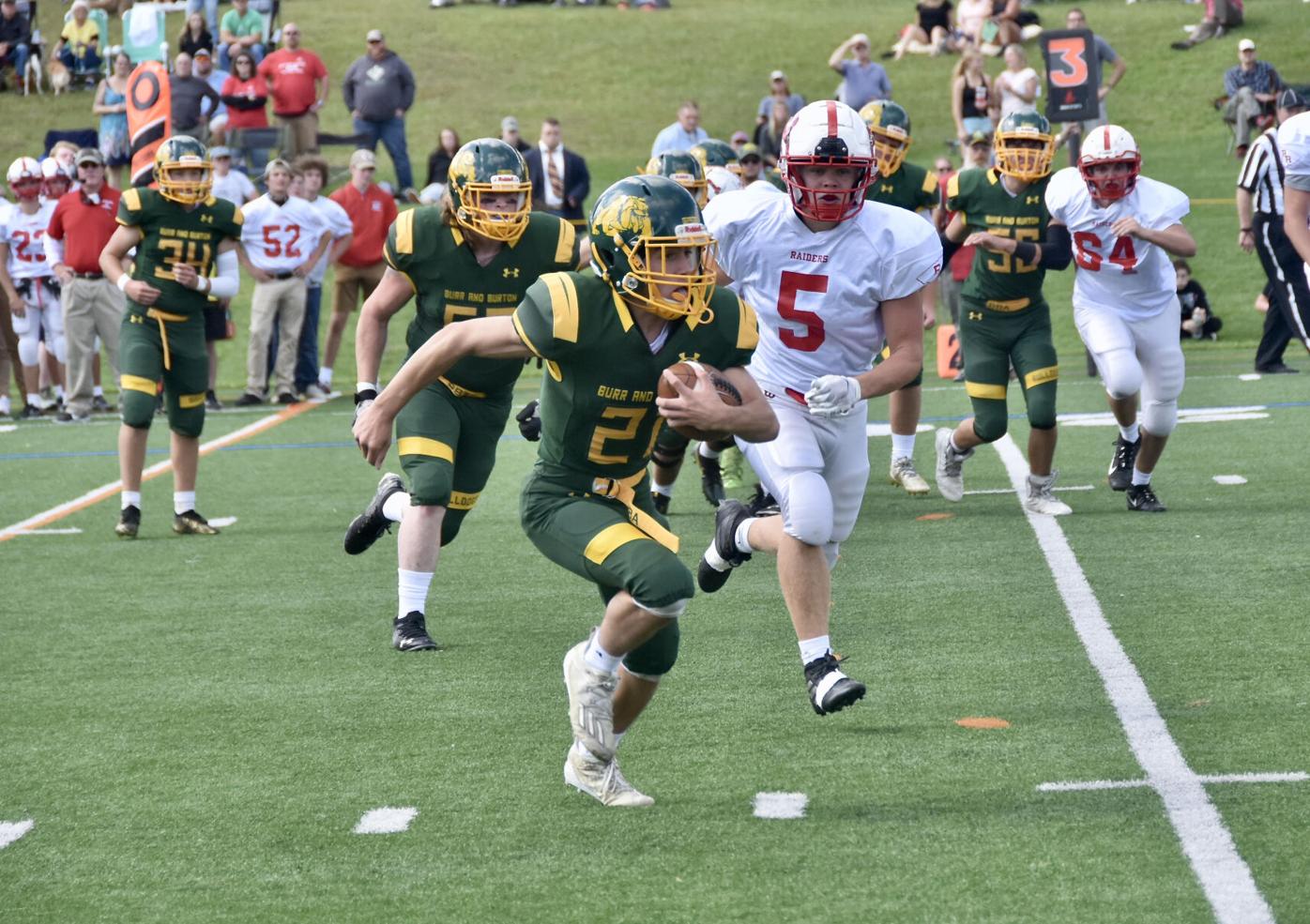 Mount Anthony's Austin Grogan looks to make a catch during the North versus South football game earlier this month.

Despite different levels of success this fall, Mount Anthony and Burr and Burton both had its fair share of standouts on the gridiron. The hard work translated into 18 Bennington County athletes being named to Vermont coaches’ all-state teams.

Mount Anthony football made its first appearance in the Division II state championship game since 1994, ultimately losing 57-35 to Bellows Falls. The Patriots success resulted in a total of 10 players receiving all state honors.

Senior Austin Grogan was named as a first team honoree on both sides of the ball. Grogan was the Patriots number one receiver, catching 44 passes for 721 yards and nine scores through the air. Defensively, Grogan remained a playmaker intercepting two passes, including a pick-six.

Hayden Gaudette joins Grogan as an all-state honoree on both offense and defense. Gaudette rumbled for 480 yards on 94 carries for seven touchdowns from his fullback role on offense.

Defensively, he was one of the more physical players on a stout Patriots defense. Gaudette finished his senior year with 56 tackles on the defensive line.

Danyal Khan was named as a first team recipient on the offensive line, paving the way for MAU’s strong rushing attack.

BBA missed the division I playoffs in 2021. Despite the lack of team success Manchester is accustomed to on the gridiron, seven Bulldogs received all-state nods.

Warren McIntyre was the lone Bulldog to receive first team honorees on both sides of the ball. The lineman impacted the game both offensively and defensively for BBA.

While blocking, McIntyre often created lanes for his running back, Haiden Jones.

Jones was named to the first team, along with BBA’s standout wide receiver Nate Smilko.

Jakob Crossman and Miles Kaplan both received second team nods for their play on the BBA offensive line.

A pair of BBA linebackers, Eric Mulroy and JT Wright, round out the local athletes, both receiving honorable mention selections.

Sports editor Michael Mawson can be reached on Twitter @Mawson_Sports or via email at mmawson@benningtonbanner.com.