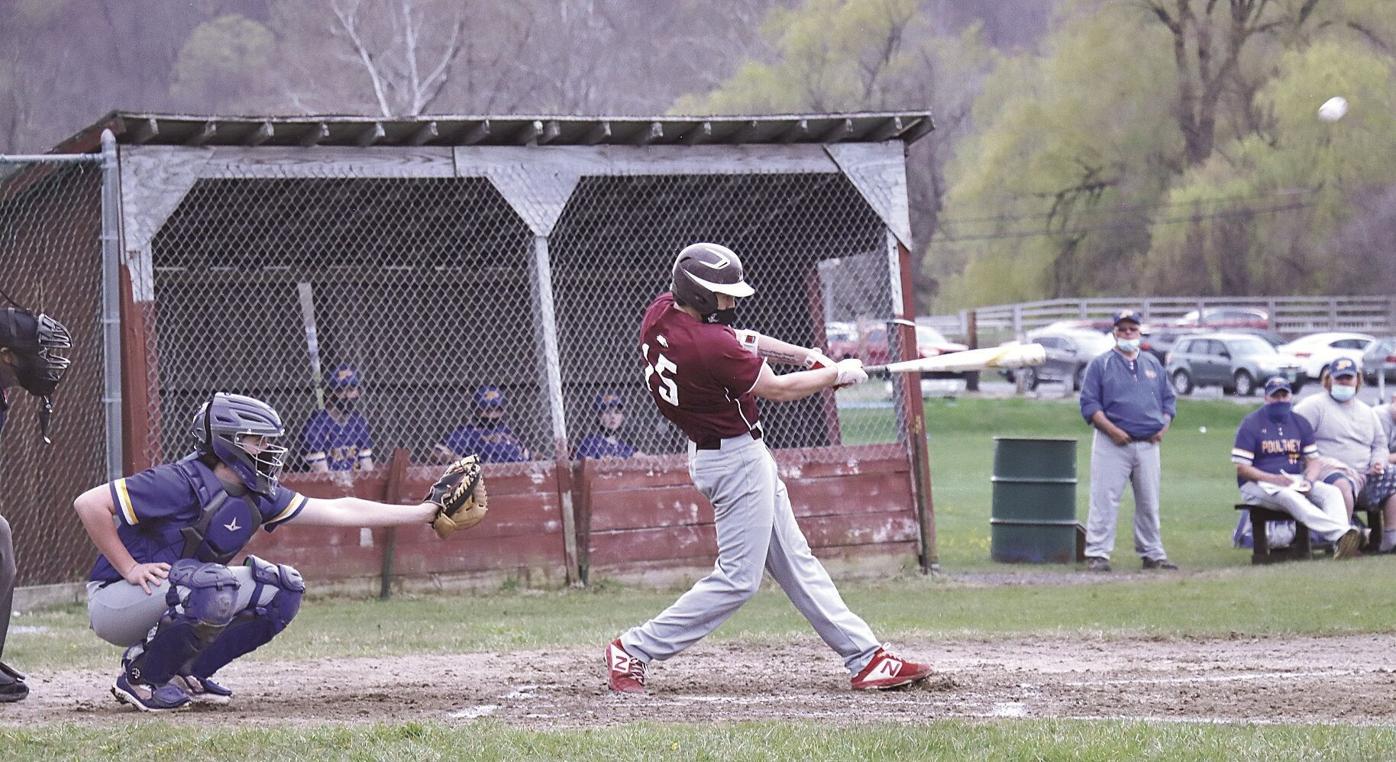 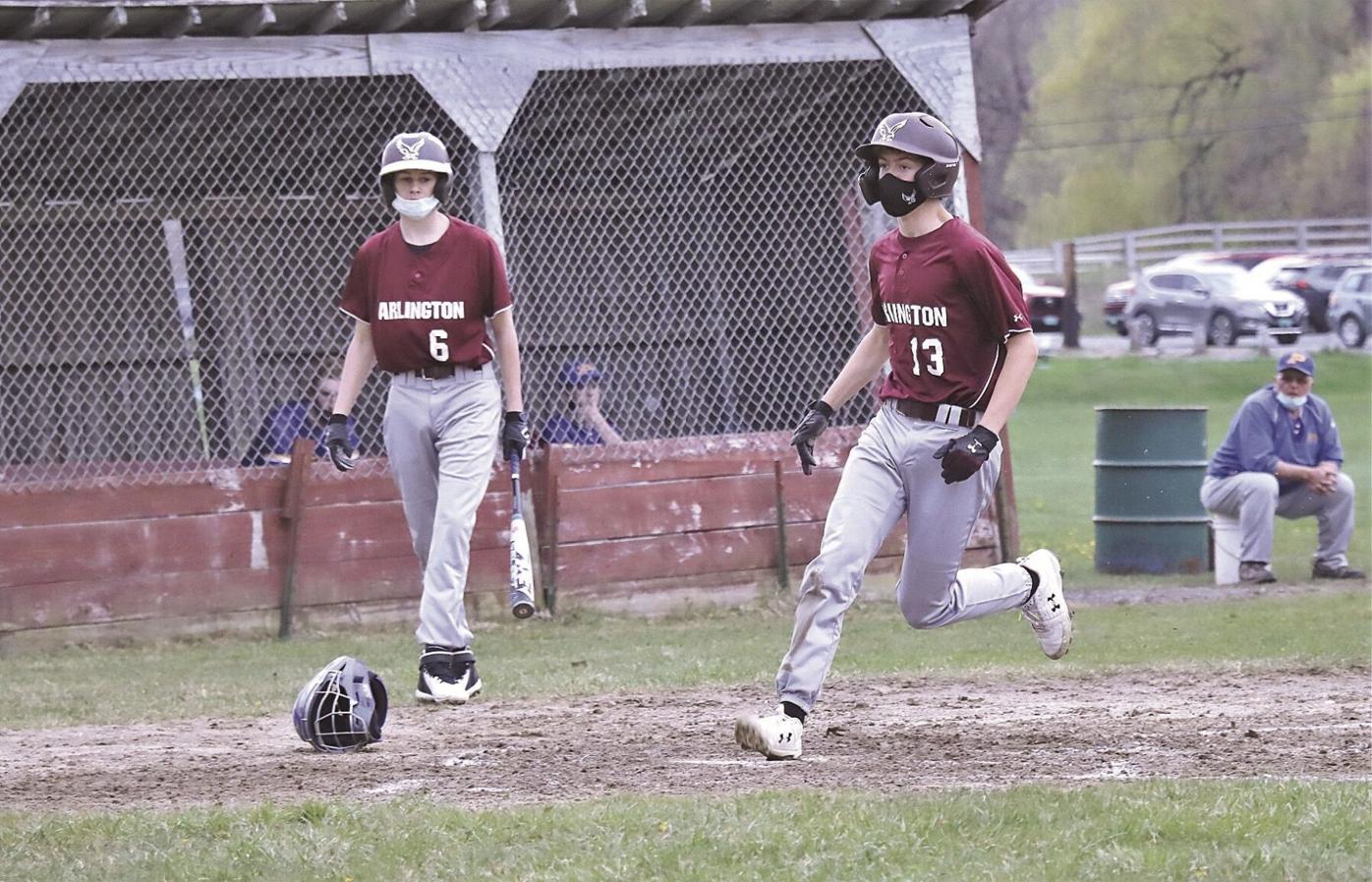 Arlington’s Kyle Hess scores a run on a wild pitch in the second inning of the Eagles’ 6-3 win over Poultney on Wednesday. 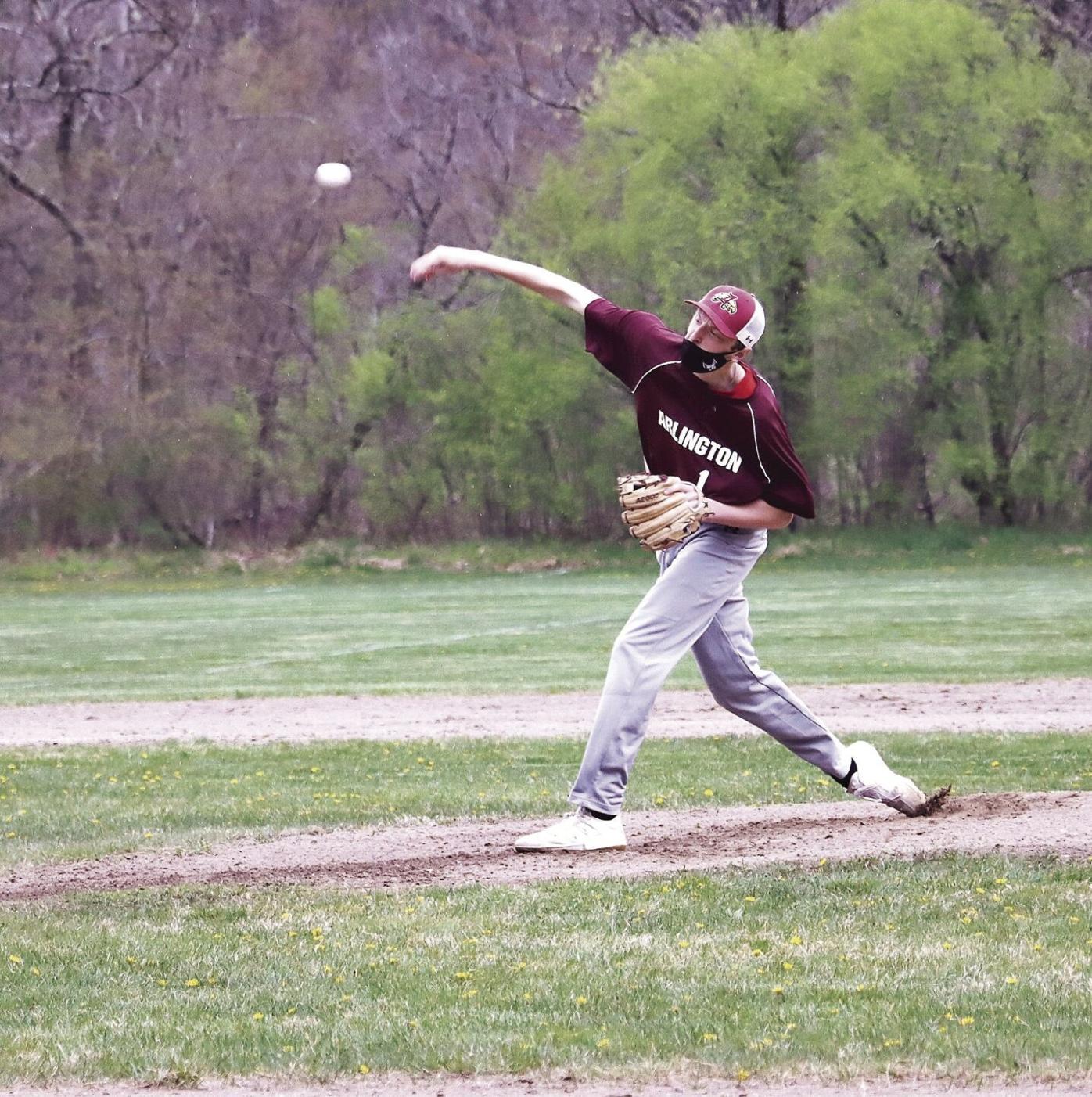 Arlington’s Kyle Hess scores a run on a wild pitch in the second inning of the Eagles’ 6-3 win over Poultney on Wednesday.

ARLINGTON — Starting pitcher Griff Briggs was on a pitch count during Wednesday’s game against Poultney. Arlington coach Jamie Wright expected four innings out of his stud right hander as he manages workload throughout the season.

“I just wanted to get the ball in play and have my fielders field,” Briggs said of his approach in the fourth.

Mission accomplished. After looking at a first pitch strike, Poultney’s Liam Hill hit a soft ground ball to second for the first out of the inning. On the next pitch, Eli Wescott hit a dribbler back to the mound for the second out. Chris Roy grounded out to shortstop on Briggs’ fourth and final pitch of the inning.

Through three innings, Briggs had seven strikeouts. Although he was dealing, the Arlington defense was largely uninvolved.

The visitors generated some offense in the third as Craig Batie, batting out of the nine-hole, drew a leadoff walk and came around to score on a single ripped down the third base line by Ryan Alt. Briggs limited the damage to just one run, as he settled in to strike out the following batter to end the inning.

Briggs responded with his stellar fourth inning, and finished the day going six innings, allowing only one hit while striking out 13 and walking five.

Alt’s third inning single was the only hit the Blue Devils had all afternoon, as Cannon Petry came in for the save in the top of the seventh and retired the side in order, striking out two.

Arlington jumped out to a 4-0 by the end of the first. Briggs struck out the side in order in the top half of the inning, and Cannon Petry reached on an error to get the day started for the Arlington bats.

As been the case all year, the Eagles were aggressive on the base paths. Petry stole second immediately. Batting out of the two-hole, Ricky Perez laid a bunt down the left side of the infield and ran out a single.

After stealing second base, Therriault came around to score thanks to a single from Destin Townsend. Alt, who threw all six innings for the Blue Devils, managed to get out of the inning by striking out the following two Eagles.

Kyle Hess drew a walk to begin the bottom of the second. Hess crossed the plate later in the inning thanks to a passed ball. Petry singled to center as the first two Arlington batters reached safely in the second, and Briggs drove in his second run in as many innings on a single to short right. That brought the Arlington lead to 6-0 at that point.

“We got to early runs, that’s all we really needed to kind of push us,” Briggs said.

Poultney tacked on two runs in the fifth, though neither run was earned as an error and passed ball allowed a couple Blue Devils to cross the plate. That cut the Arlington lead to 6-3. Arlington was able to settle down and silence Poultney’s bats for the remaining two innings.

The win brings Arlington to 3-0 to begin its season. Wright attributes the strong start to his players willingness to learn, especially after a year away from the game.

“They’ve just been sponges and really, really eager to learn, and I think we’re starting to believe in each other now,” Wright said.

The Eagles will hit the road on Monday for a 4:30 p.m. game against Rivendell.