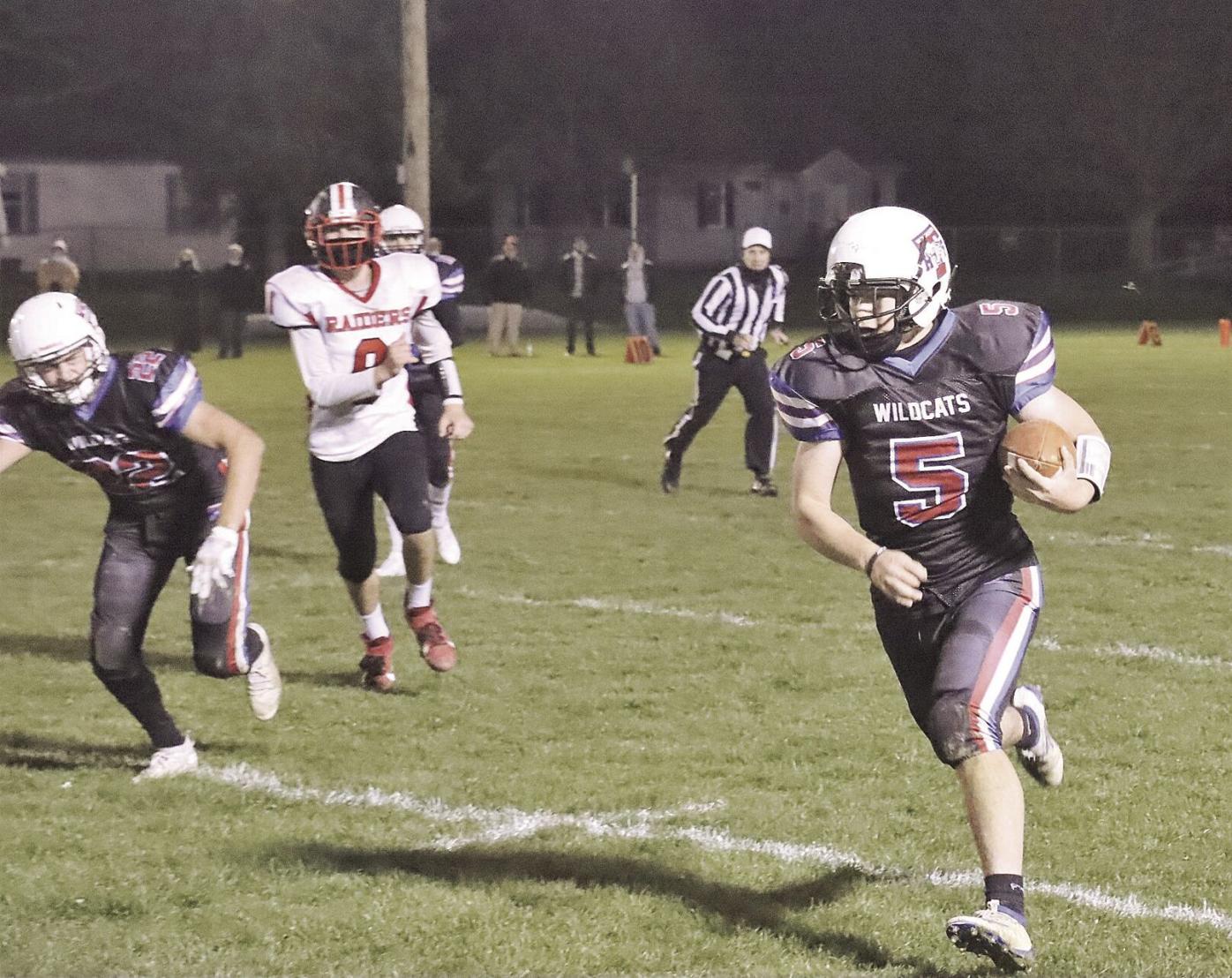 Josh Colegrove gains yards during the second half of Hoosick Falls-Tamarac’s game against Mechanicville. 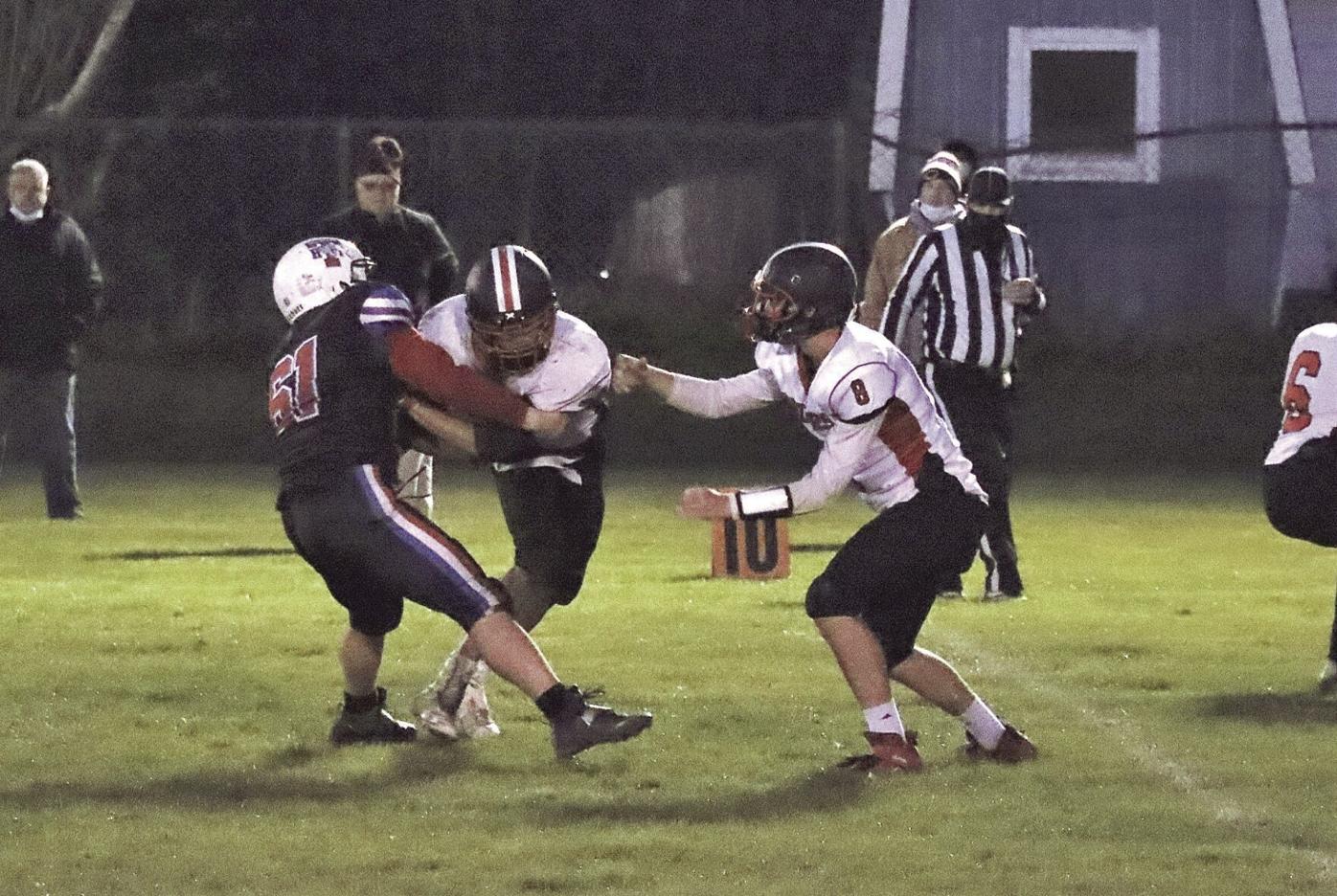 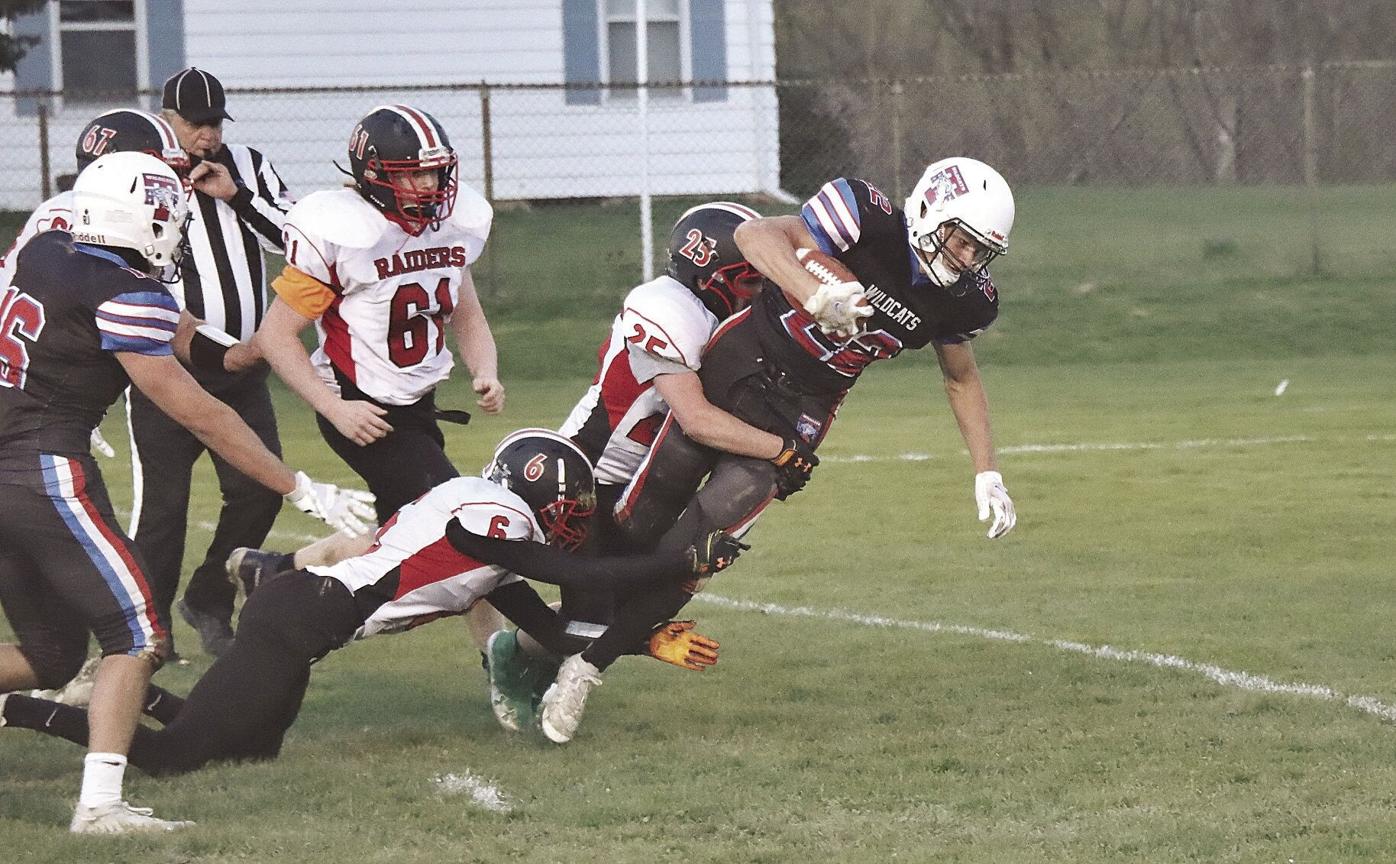 Peyton Nealon reaches for the end zone on Friday night as he scores the eventual game-winning touchdown for the Wildcats in a 14-8 victory.

Josh Colegrove gains yards during the second half of Hoosick Falls-Tamarac’s game against Mechanicville.

Peyton Nealon reaches for the end zone on Friday night as he scores the eventual game-winning touchdown for the Wildcats in a 14-8 victory.

HOOSICK, N.Y. — The Hoosick Falls-Tamarac Wildcats had its toughest battle of the season so far on Friday night, when they faced off in a Class C playoff game against Mechanicville.

A touchdown on the first possession of the second half and then three tremendous defensive stops in the final minutes propelled the Wildcats to a 14-8 win over the Red Raiders, sending them to the Class C championship against Schuylerville next week.

“Defense has led us all season. This has been our toughest opponent by far and we were always curious to see how we would respond,” said Hoosick Falls-Tamarac coach Erick Roadcap. “I gotta tell you, they responded big. [Mechanicville] changed a lot of stuff and the kids adjusted on the fly.”

The defense was the key, as they forced two turnovers on downs in the fourth quarter and then ended the game on the Raiders’ last drive with three sacks — including one on fourth down.

Ahead by six, Mechanicville finished the third quarter and started the fourth driving into Wildcat territory. A steady diet of Joe Sanchez and quarterback Luca D’Ambro and a penalty gave the Raiders a first down at the Wildcat 19. Two runs from D’Ambro put it at third-and-3 at the 13, but on the next play, a trio of Wildcats forced a two-yard loss. On fourth down, Sanchez could only pick up one yard, sending the ball back to the Wildcats.

Hoosick Falls-Tamarac went three-and-out on its next drive, giving the ball back to D’Ambro and the Raiders. They got the ball back into Wildcat territory, but four straight plays ended up losing a yard, including a huge tackle from senior Peyton Nealon on third-and-8 for a three-yard loss.

“Our defense is pretty darn strong,” Roadcap said. “[Mechanicville] caught us off guard a little bit, and it was a hell of a game.”

Mechanicville held and took over for one more shot with two minutes left, but had to start from its own 9. D’Ambro completed a pair of passes to get the Raiders near midfield, but after a timeout, D’Ambro was sacked by Tanner Music.

With time ticking away, D’Ambro completed a pass for 12 yards, but on third down, Andrew Yeardon came up big and dropped D’Ambro for a four-yard loss.

On fourth down and the game on the line, D’Ambro scrambled but ended up in the arms of Sean Essegian, who stopped him as time expired.

Offensively, Nealon was the workhorse, carrying the ball 21 times for 128 yards and a pair of touchdowns. After D’Ambro scored with 6:01 left in the half, Nealon carried five times for 47 yards, the final 17 for a score to make it 8-7 at halftime.

The Wildcats got the ball to start the second half, and Nealon finished off the 10-play, 56-yard drive with a 13-yard touchdown score to make it 14-8 with 6:29 left in the third quarter.

He wasn’t the only Wildcat to have a big day running the ball. Josh Colegrove carried 13 times for 78 yards, including a 41-yarder in the first half to keep a scoring drive alive.

“Peyton’s our horse, but we have some really good guys behind him if he needs a blow,” Roadcap said. “We don’t lose anything when we put [Bryan] Mackey or Colegrove in.”

The Wildcats will host Schuylerville at Tamarac High School in a game either Friday night or Saturday afternoon. The details are still up in the air.