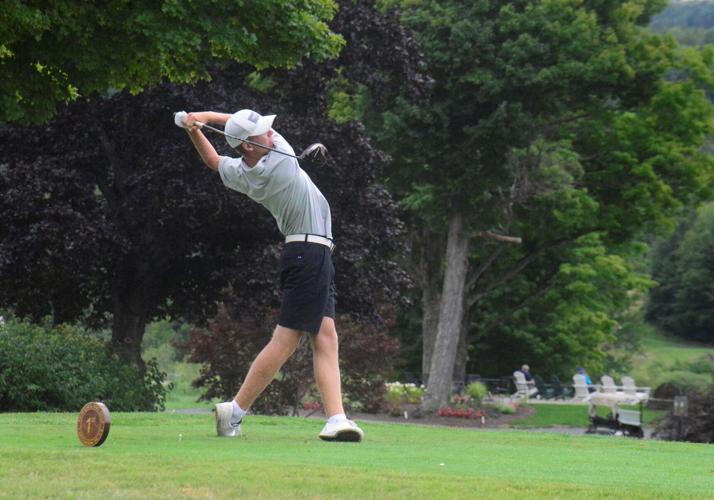 Connecticut's Bradley Sawka tees off on the first hole at Manchester Country Club during Wednesday's final round of the New England Junior Amateur Invitational. 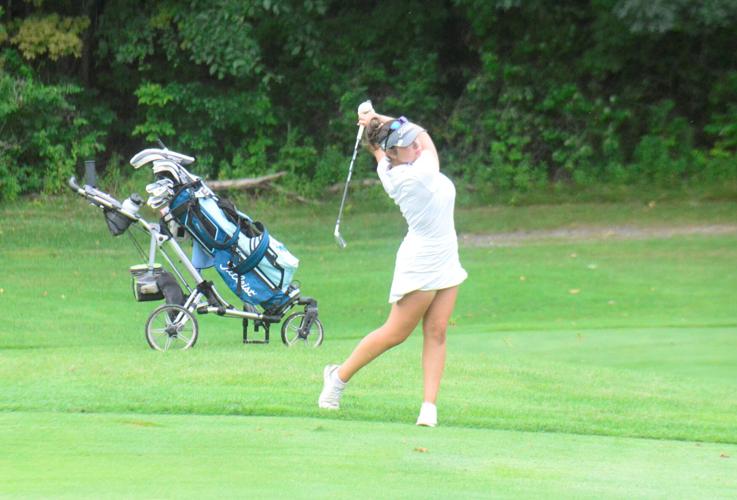 Connecticut's Bradley Sawka tees off on the first hole at Manchester Country Club during Wednesday's final round of the New England Junior Amateur Invitational.

MANCHESTER — With the New England Junior Amateur Invitational reaching its final couple holes at Manchester Country Club on Wednesday, the Connecticut girls were clinging to a three shot advantage over Massachusetts.

A race for individual champion was also brewing between Massachusetts’ Morgan Smith and Connecticut’s Arabella Lopez.

In the end, Connecticut came away victorious in both. Led by the 12-year old Lopez, the Constitution State finished its three rounds of play with a team total of +1, 10 shots better than the Bay State and well ahead of Vermont at 80-over. It took an extra two holes to decide the fate between Lopez and Smith, with both at -1 after 54 holes. Lopez continued her fantastic summer, winning the playoff in two holes.

Kaylie Porter, who helped Burr and Burton girls golf to consecutive state championships in 2020 and 2021, had the best placement of any Vermonter, taking 11th and finishing the tournament at 27-over par.

The boys side of things was not nearly as close. Connecticut (-14) ran away from the competition, with Massachusetts (+13) finishing in second. The individual championship, though, once again required a few extra holes to sort things out.

Connecticut’s Will Lodge started the day in first place, but Maine’s Elliot Spaulding put together a terrific round to force a playoff with both golfers sitting at -7. It took three holes before Lodge grabbed the win.

Vermont was led by Lucas Politano’s +11 showing. The Green Mountain State finished in last place, shooting a combined team score of 93 over par.