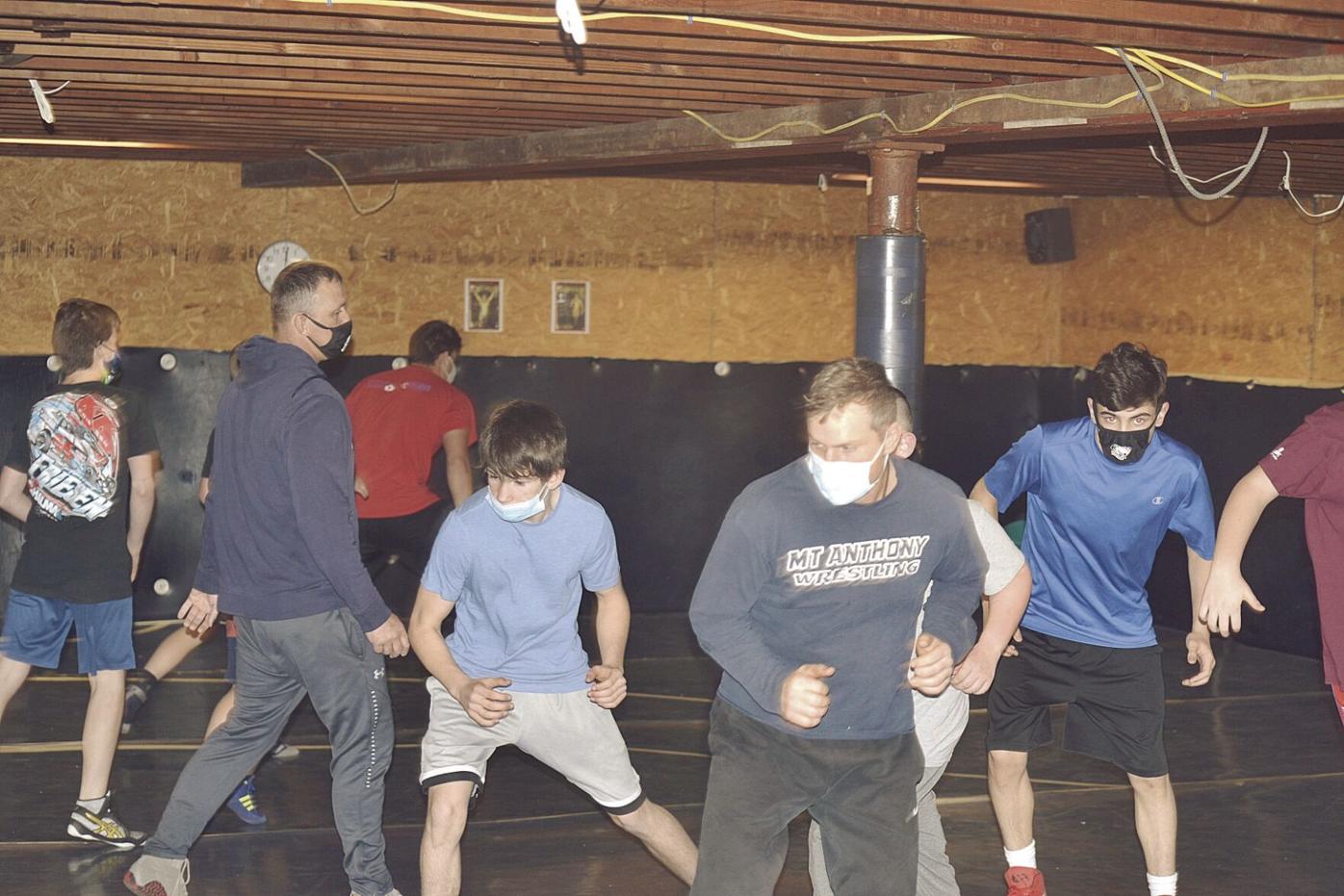 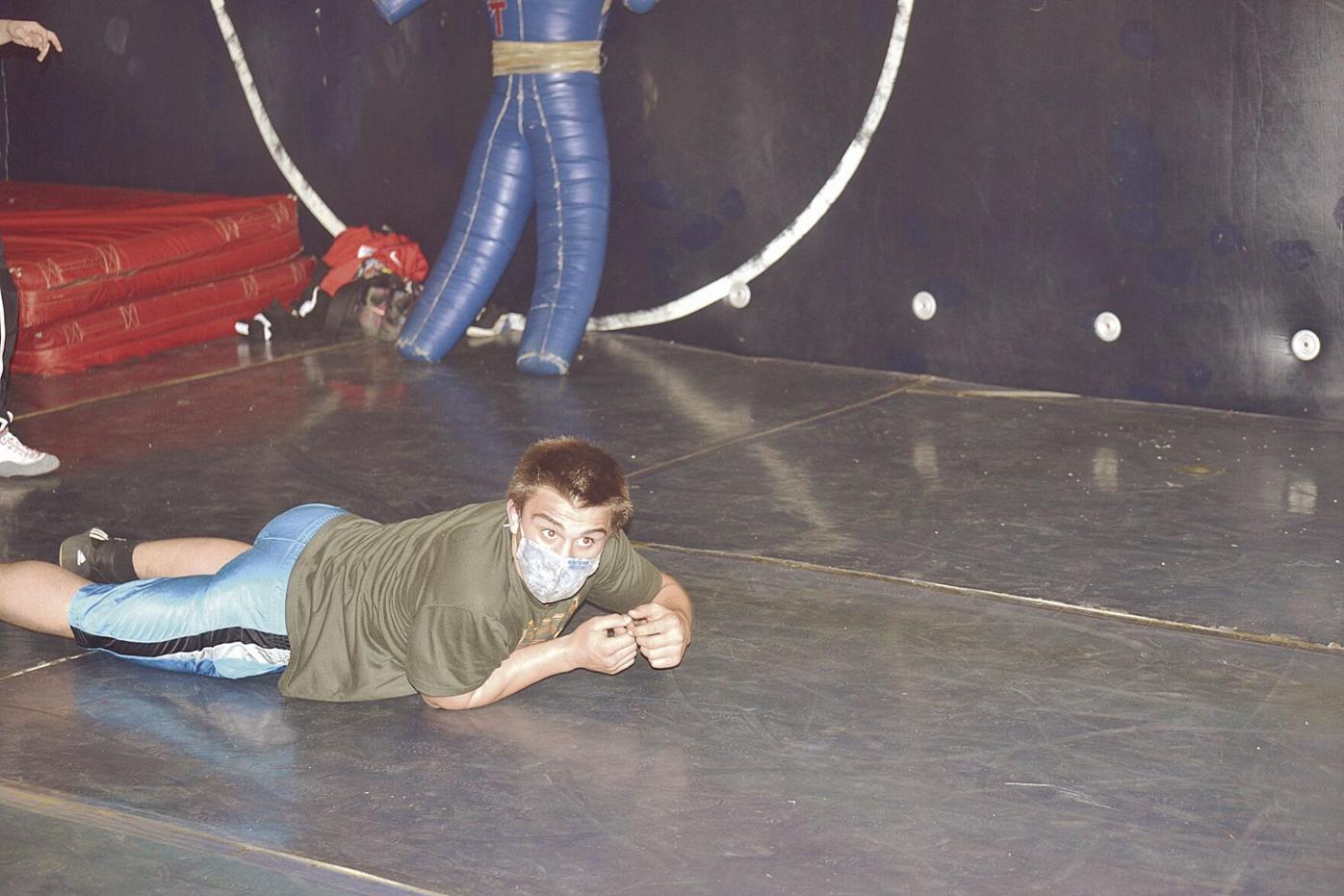 The Catamount Wrestling Club is preparing for a regional tournament April 10-11. 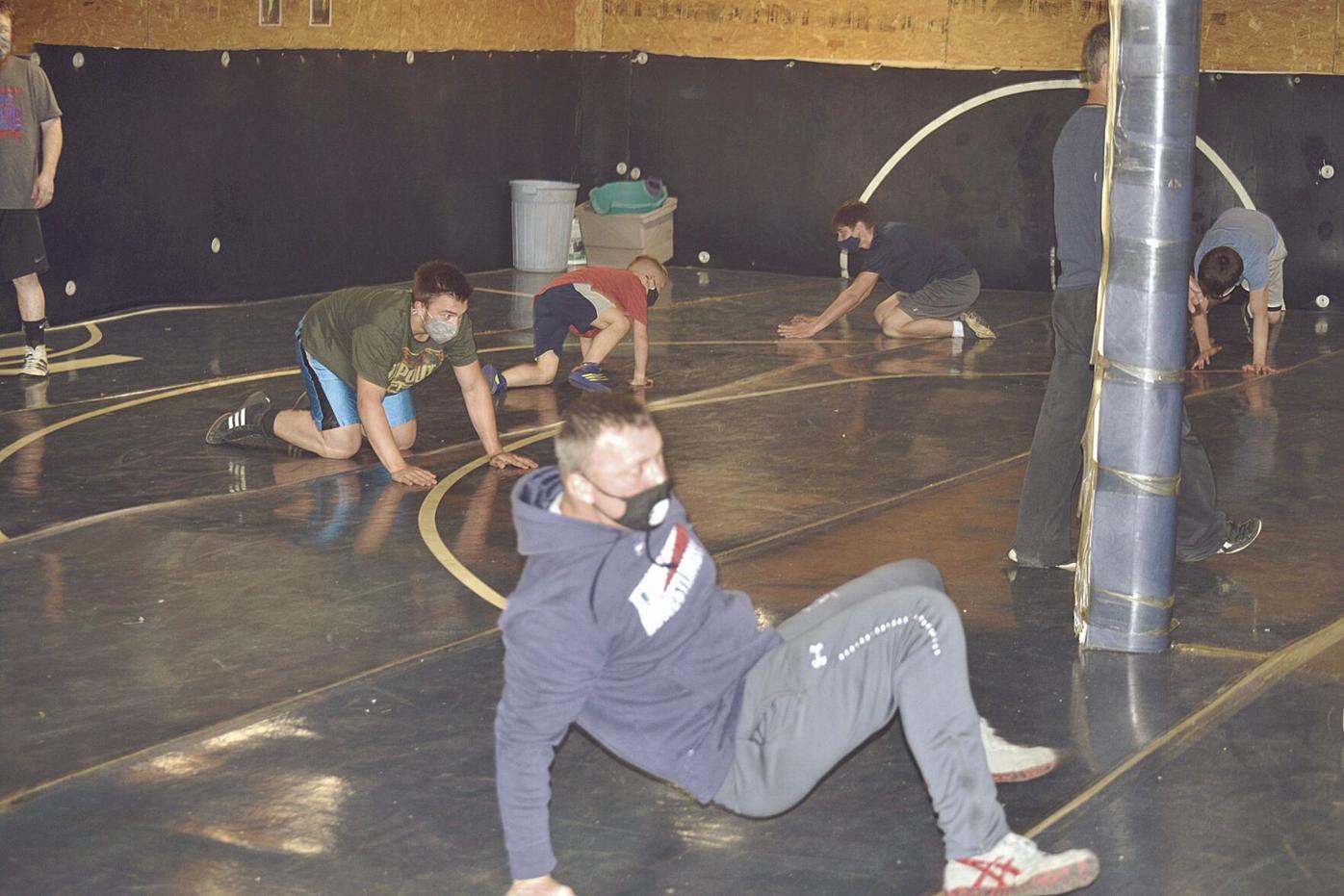 The Catamount Wrestling Club is preparing for a regional tournament April 10-11.

After Vermont decided to not allow a wrestling season this winter due to COVID-19 concerns, the eight Catamount Club wrestlers heading to the tournament are eager to get back to competition.

“We’re able to get out there and do something,” said Catamount wrestler Aaron Johnson “That’s really what most of us are looking for.”

For coach Paul Monick, the tournament serves as an opportunity to prepare for next season.

“It was unfortunate that we lost the season. We had a lot of guys that were training hard anticipating the season, and we weren’t able to get one so they kind of hung their heads a little bit,” Monick said. “It’s great that they get this opportunity and they go prove themselves to the rest of New England.”

Mount Anthony’s 32 consecutive state title streak had to take a one-year pause with the cancelation. Johnson said this tournament serves as a way to remind people, even after a lost season, that MAU can compete with schools around the region.

“Hopefully we can go down there and, even with no season, we can show that we’re still here for the fight and we love the sport. We want to show our dedication.”

The Catamount Wrestling Club will have a disadvantage, facing clubs from other states that were able to have a high school wrestling season. The club has been limited to mostly conditioning while training. Don’t expect to hear excuses from the Catamount Club.

“We’re MAU and we’re wrestling tough and we’re not going to give up,” Monick said.

The upcoming tournament is similar to the New England regional tournament, though clubs will go head-to-head rather than high schools competing.

The Catamount Club will be bringing a variety of experience to the April tournament.

Two-time state champion Landon Davis boasts the most experience of the seven wrestlers heading to New Hampshire. Davis won the 120 weight class in the 2020 season, and also won the state championship competing in the 106 pound class in 2019.

After winning the individual state championship in his freshmen and sophomore seasons, Davis had a chance at becoming a four-time state champion. It’s a rare accomplishment that has only been achieved 11 times in the state’s history. With his junior season canceled, the Patriot wrestler will no longer have that opportunity.

A couple other wrestlers barely missed out on individual state titles in 2020. Kyle Hurley placed second in states in 2020. Hurley’s ready to get back on the mat.

“It’s an opportunity,” Hurley said. “You take the opportunity if it’s there. A lot of guys are taking the break, taking the year off. That’s an (opportunity) for us to work hard and take those spots that wouldn’t usually be there.”

Johnson is another wrestler who came up just short of a state title in 2020, also placing second.

“Really the competition, I’m not going to worry too much about,” Johnson said. “It’s more of the matches and experience for me that I’m going to have while I’m down there.”

Both Gassaway and Davis had wrestled at the regional level during their middle school days, qualifying for the regional tournament in 2019.

Jordon Ross placed fourth in the 106 pound class in the 2020 state tournament. Ross, now a senior, believed he had a shot at winning states in his final year. With the season cancelled, he never got that opportunity to prove himself.

“I was really disappointed, just like everyone else on the team,” Ross said. “We love the sport and we come in here and we hurt each other but we love each other at the same time, like one big family.”

The senior said he is grateful for the opportunity to compete one last time.

“It feels great, but it’s not the same as the regular season,” Ross said. “I guess my goal would be to place in New England’s and make some people proud.”

Alex Perez, a newcomer to Catamount Club and Spencer Boucher, an eighth grader, will also make the trip to Hampstead to compete.