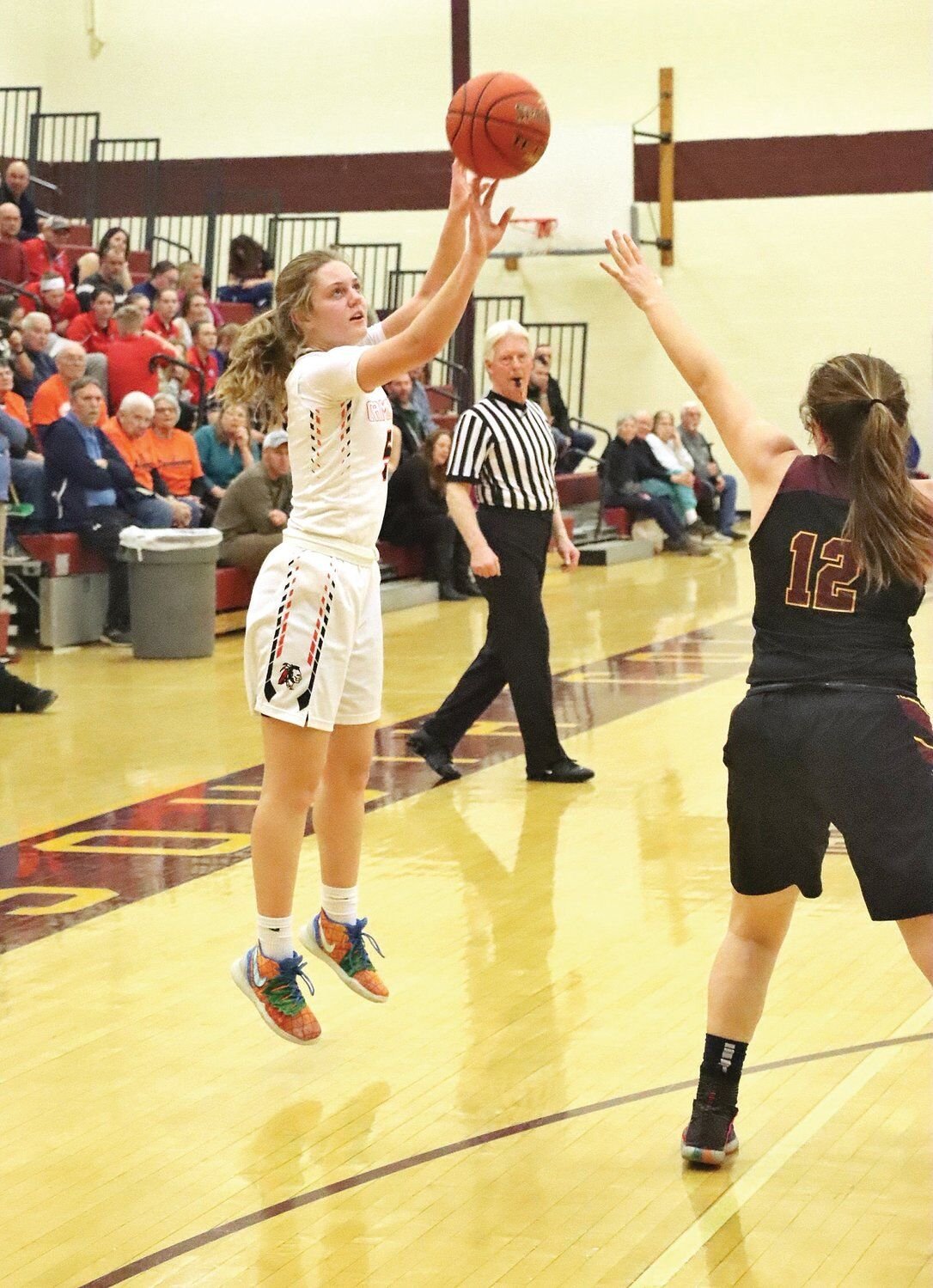 Cambridge's Stasia Epler shoots a three-pointer in the first half of the 2020 Class C semifinal. 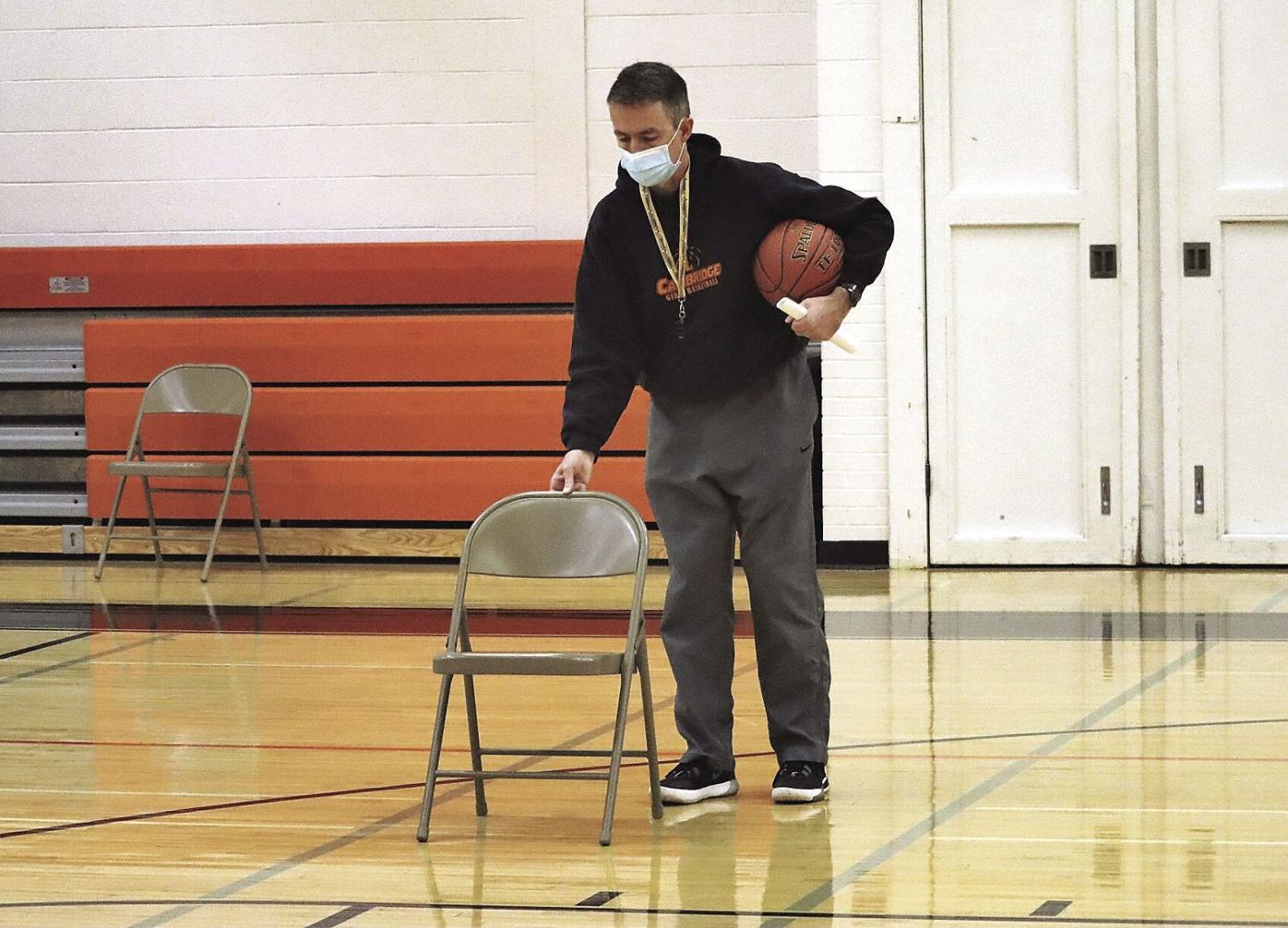 Cambridge girls basketball coach Bob Phillips sets up a drill during a 2021 practice. Cambridge has won three straight after starting the season 1-6.

Cambridge's Stasia Epler shoots a three-pointer in the first half of the 2020 Class C semifinal.

Cambridge girls basketball coach Bob Phillips sets up a drill during a 2021 practice. Cambridge has won three straight after starting the season 1-6.

No, it’s not the same team that went 81-4 on an unprecedented run beginning in 2017 and lasting through the spring of 2021. They won the 2019 state championship and were destined to compete in 2020 and 2021 if not for COVID-19 canceling the state tournament. This isn’t that Cambridge team – and that’s OK.

This year’s team has the difficult task of following in those footsteps. Many key pieces within the program graduated as part of the Class of 2021, three of whom are currently playing college basketball.

Lilly Phillips is right down the road at Division I University at Albany. Twin sister Sophie is at Division I Rhode Island, and Ruthie Nolan is shining as a member of the Division III Clarkson women’s basketball team.

That’s a lot of talent to lose. Add starting center McKayla McLenithan and Fiona Mooney to that list, and it’s natural for a team to experience growing pains.

That’s exactly what happened to Cambridge at the beginning of the season, losing a couple of tournament games to Duanesburg and Cooperstown in early December and starting the year 0-2.

A 56-43 loss at Mechanicville four days later brought the Indians’ record to 0-4, equaling the amount of losses the program suffered over the past four years in under a month.

A program that had celebrated success after success for four consecutive years all of a sudden was winless and at the bottom of the standings. That’s when Cambridge found itself.

It started Dec. 17 against Hoosic Valley. Schuylar Nolan found her offensive rhythm to the tune of 19 points, leading Cambridge to a 49-32 win. Nolan, a junior, joined Cambridge during the 2021 season after transferring from Arlington. She played a part in the Indians’ success in the 2020 season as an underclassman. Now, she takes on an expanded role.

The same can be said for Stasia Epler. The senior guard is now asked to provide offense night in and night out for the Indians.

Cambridge fell to Albany Academy and Fonda in a holiday tournament during winter break, dropping to 1-6.

Epler responded in a big way, carrying Cambridge to a 45-42 victory over Tamarac on Jan. 4 with her 23 point performance.

That started the three game winning streak Cambridge is currently on.

They ran away from Stillwater on Friday, winning 58-22. Nolan was the team’s offensive leader with 13 points.

An encouraging sign for coach Bob Phillips has to be the emergence of sophomore guard Sammi Crandall. She scored a dozen in the win.

Crandall has rattled off two straight impressive outings, scoring a career-high 17 points in Cambridge’s most recent game, a 69-43 win over Spa Catholic on Monday night.

Epler seems to be hitting her stride as the season progresses. The senior guard made seven 3-pointers in the win, leading Cambridge with 28 points and six assists. Epler has always been a threat from deep, and if she can find her range, Cambridge will continue to be dangerous.

Cambridge is now 4-6 on the season and appears to once again be a threat in the Wasaren League. The Indians travel to face Waterford-Halfmoon on Friday and hope to extend their winning streak to four in a row.