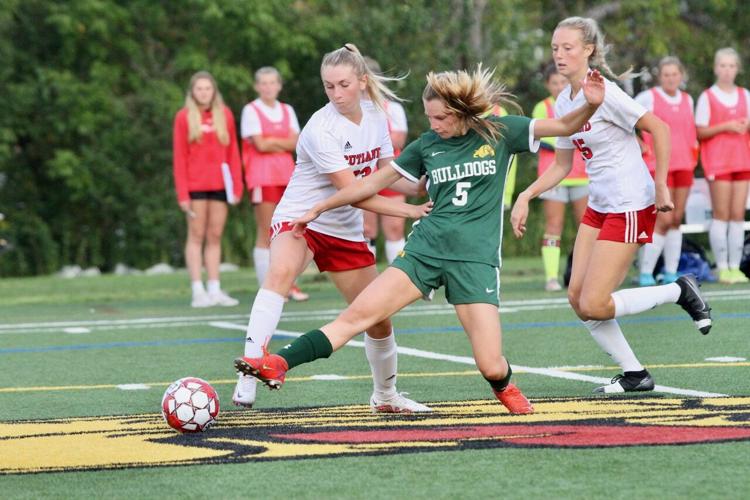 Burr and Burton's Brooke Weber reaches for the ball during Wednesday's win over Rutland. 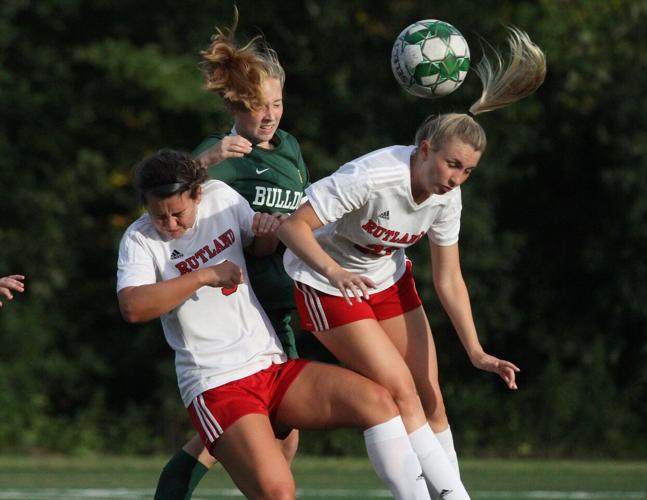 A Bulldog attempts a header in Wednesday's game. 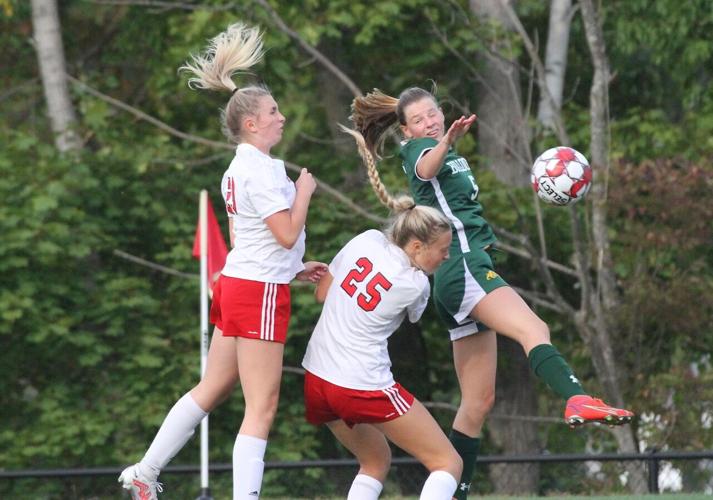 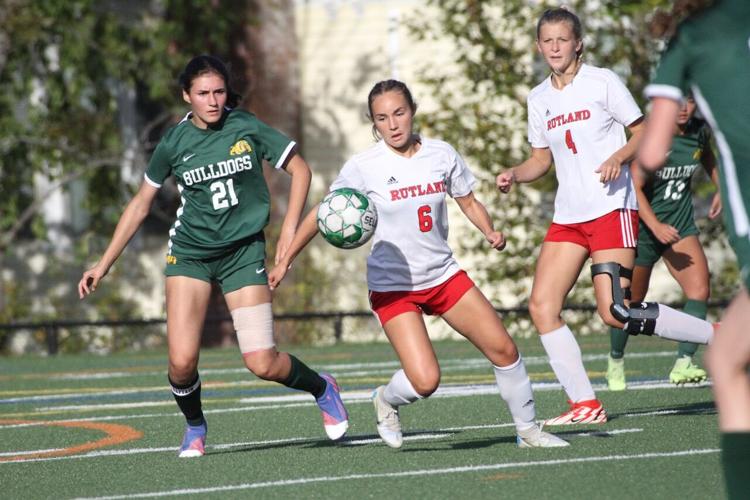 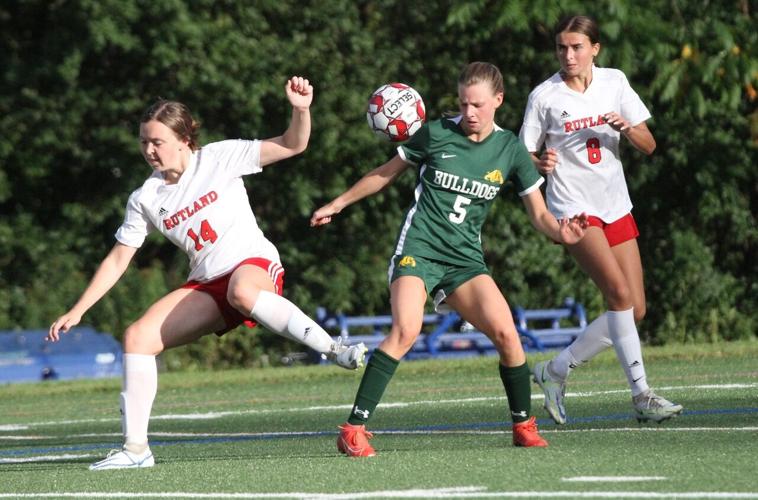 Burr and Burton's Brooke Weber reaches for the ball during Wednesday's win over Rutland.

A Bulldog attempts a header in Wednesday's game.

MANCHESTER — Burr and Burton girls soccer improved to 4-1-1 on the season with its 4-1 victory over Rutland on Wednesday.

Josie Powers, Megan Carson, Maura Grazioso, and Emilia De Jounge tallied goals for the Bulldogs, with De Jounge’s coming off of her own corner kick with 25 minutes remaining in the second half.

The Bulldogs notched 19 shots on net, and Abby Kopeck recorded over 15 saves during the match. Burr and Burton’s defense was anchored by Toni Levitas. With a team focus on 50/50 balls, Willa Bryant and De Jounge winning more than 10 combined.

Maura Grazioso, Sophia Witkin and De Jounge had assists for the Bulldogs.

The Raiders’ lone goal was scored by Brooke Shaffer late in the second half. The Bulldogs play again on Friday at Applejack Stadium against Mount Anthony for homecoming weekend.