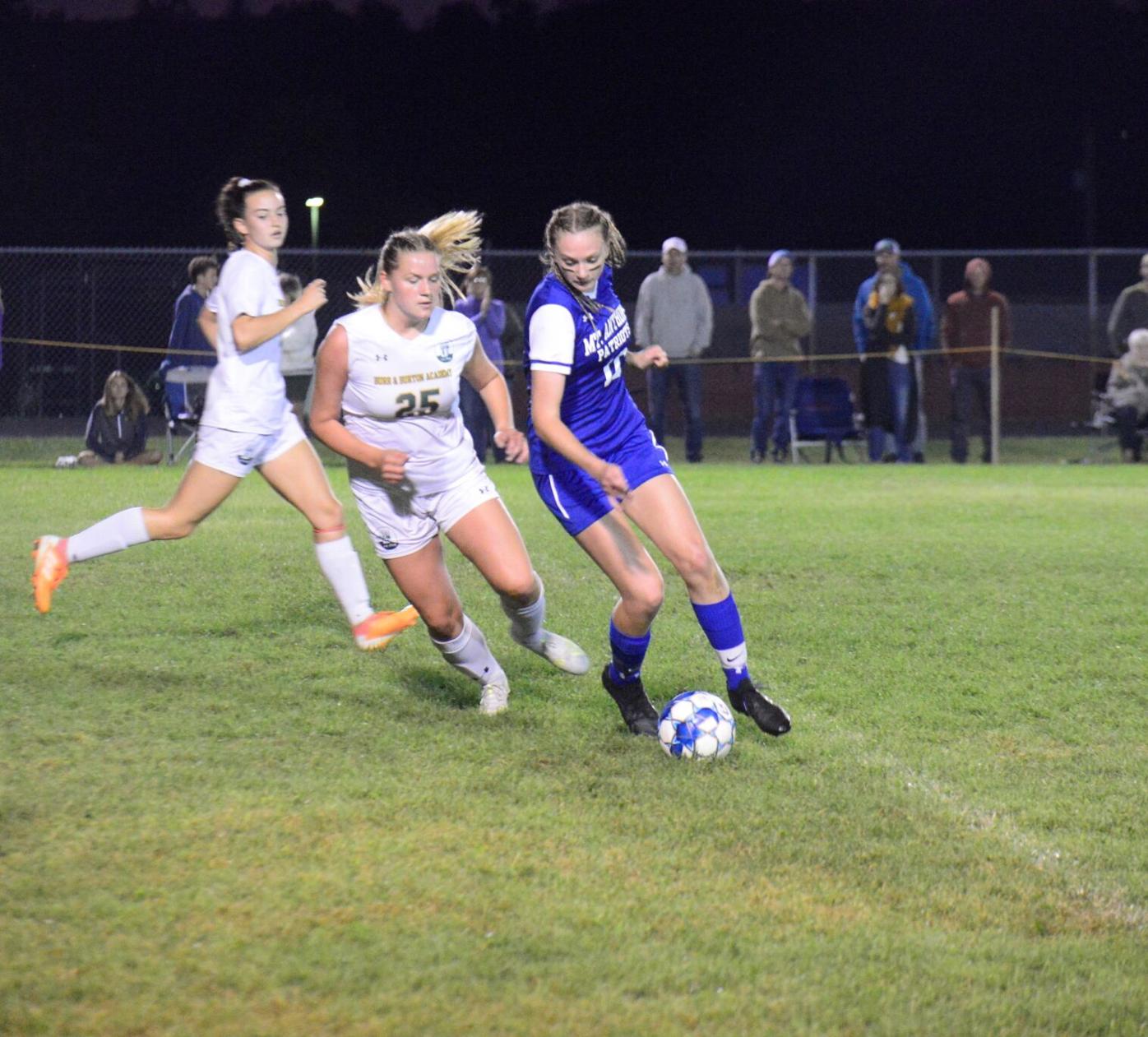 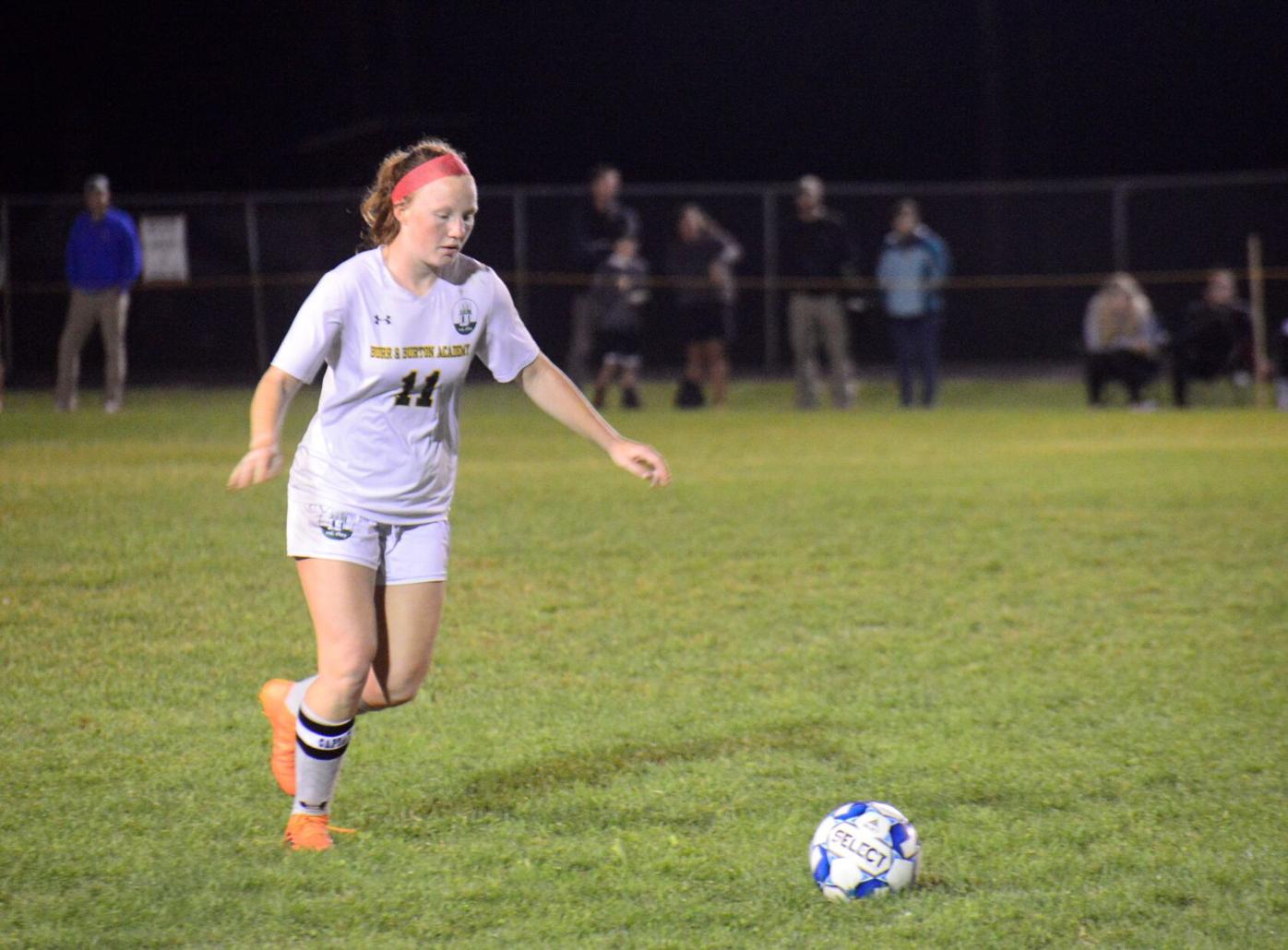 In what felt like a playoff atmosphere at Spinelli Field, the Bulldogs and Patriots put on a great show for the fans in attendance.

The new visitor bleachers were packed full of BBA students cheering on their team. Not to be outdone, MAU’s student section was also packed.

“Playing under the lights against Mount Anthony; it’s always a great, fun atmosphere,” said BBA coach Suzanne Mears. “I’m really, really proud of the girls for pulling it off and keeping it together.”

The Bulldogs gave their fans a reason to get excited early on, scoring three goals in the first half and building a 3-0 lead at the break.

Daisy O’Keefe scored on a direct kick in the 34th minute, firing a strike past a diving Lexi Gerow in goal for MAU.

Nine minutes later, Rowan Russell hustled to the ball in space, beating out an MAU defender and placing it in the back of the net for the Bulldogs’ second score of the half.

Russell, who scored her second goal of the game later in the first half, was named the tournament offensive MVP.

It appeared as though Elyse Altand gave the Patriots their first goal a few minutes later, though the score was waived off by the officials. Linnaia Connell applied pressure with a free kick from midfield that reached the goal and was deflected by Bulldog keeper Abby Kopeck.

After a short battle for the ball, Altland gained possession and found the back of the net. MAU celebrated as the officials came together and discussed the play. The goal was eventually waived off after a brief discussion, as the officials called MAU for offsides, keeping the score at 2-0 BBA.

BBA wasted little time reclaiming momentum, as Russell scored her second goal of the match a few minutes later, cleaning up a rebound and building what would be an insurmountable 3-0 lead.

Mount Anthony didn’t fold. They looked like the stronger team in the second half, scoring twice and shutting out the BBA offense.

MAU coach Aaron Wood was proud of the resilience his team showed with their second half comeback attempt.

“I told the girls (in) a game like that, you learn a lot more about life than you do soccer,” Wood said. “When you’re down three nothing at the half the game can go both ways; it could be easily five (or) six nothing, so to battle back the way we did, I mean I thought that we were much the better team in the second half. Just couldn’t level the game in the end, the three goals were just too much to overcome.”

The Patriots began chipping away early in the second half. Another great strike off the foot of Connell applied pressure on the BBA net in the 33rd minute, and Alexis Harrington was there for the score on the rebound.

Just three minutes later, BBA was called for a handball inside the box. Connell calmly delivered a beautiful strike toward the upper part of the net as the Patriot converted the penalty kick opportunity. That put the Patriots within one goal with 30 minutes to play. MAU applied pressure throughout the remainder of regulation, but couldn’t get the equalizer.

BBA’s Antonia Levitas was named the defensive MVP of the tournament.

The Bulldogs improve to 3-0 on the season, and will hit the road for a Monday match against Colchester at 4:30 p.m.

Mount Anthony is now 1-2 on the season, and will return to the pitch Tuesday at Stillwater for a 5 p.m. game.