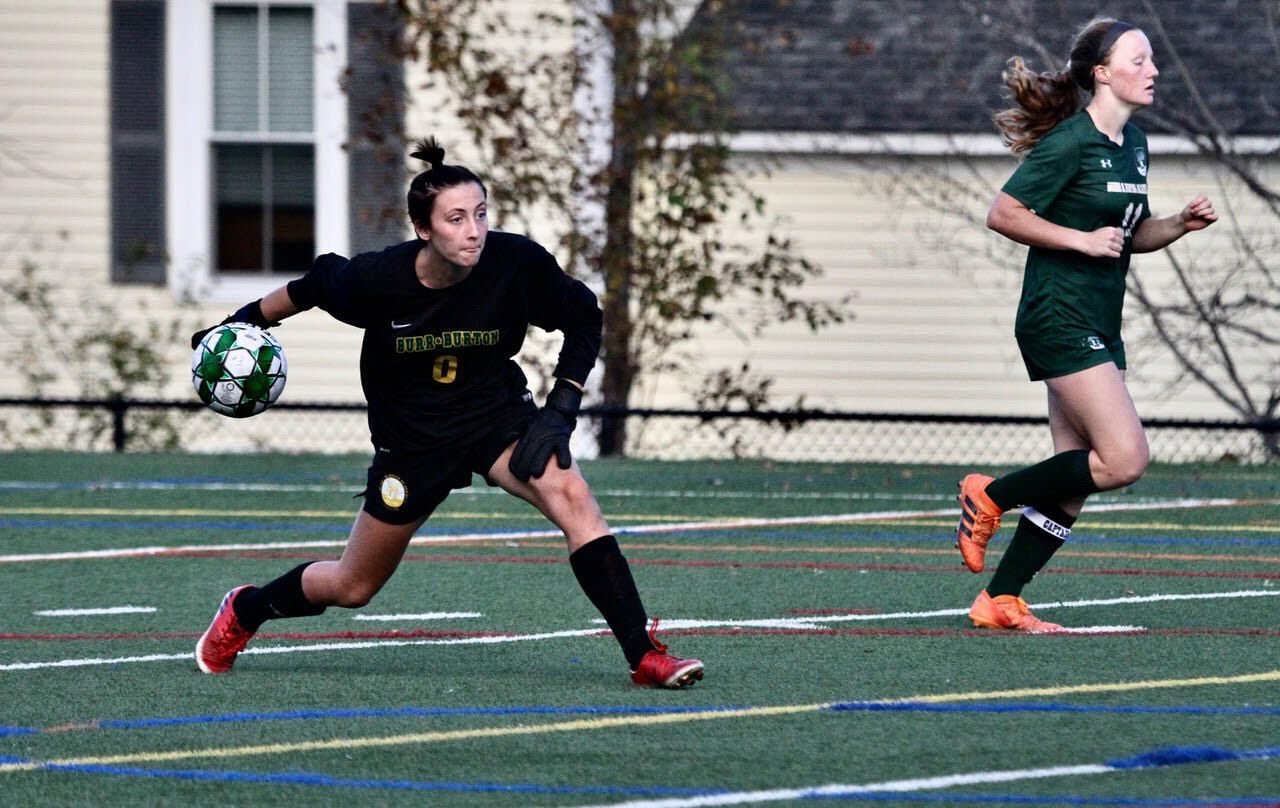 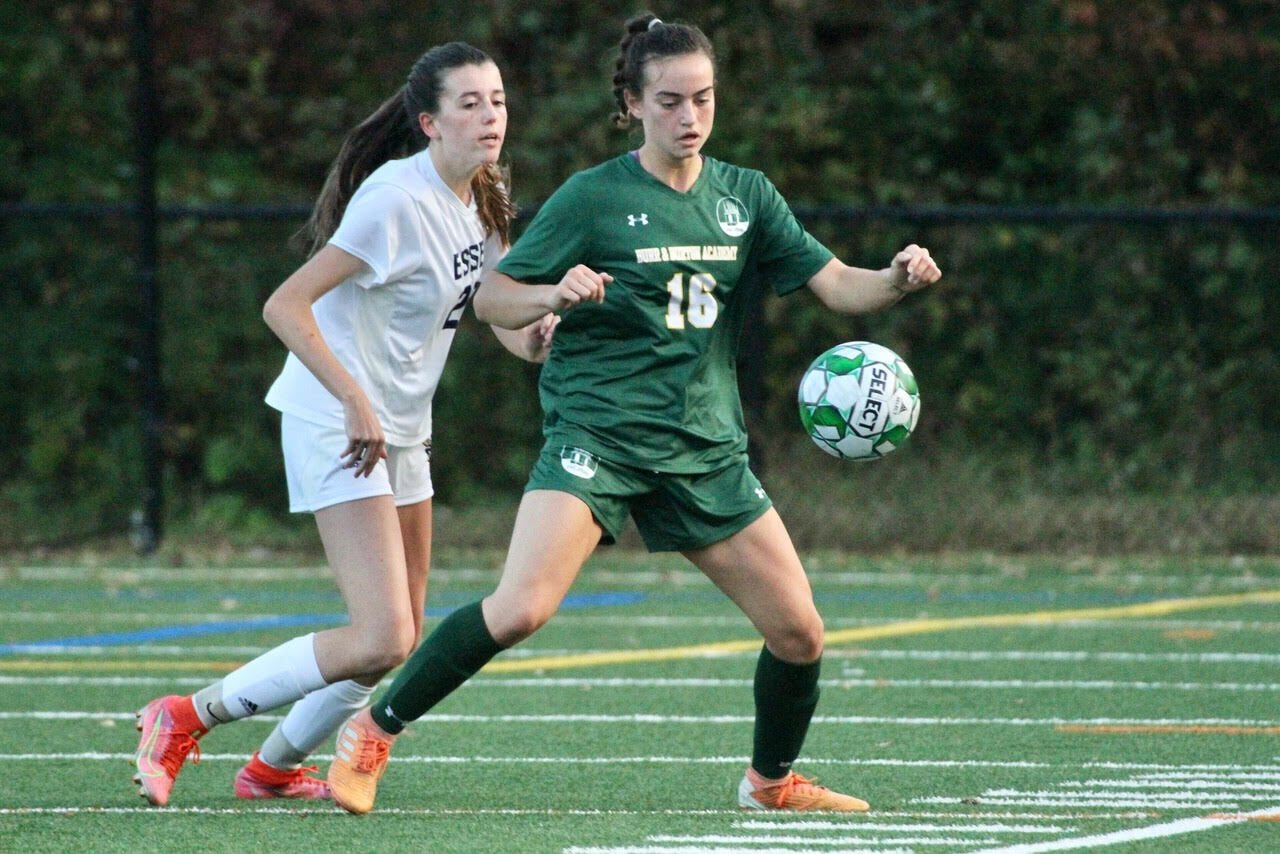 Burr and Burton's Rowan Russell plays the ball near the sideline with an Essex player on her back.

Burr and Burton's Rowan Russell plays the ball near the sideline with an Essex player on her back.

MANCHESTER — We are nearing the end of the fall sports regular season in Vermont. It is at this point in the season where regular season games take on added significance; Monday’s girls soccer matchup between Burr and Burton and Essex was a crucial one for a Bulldogs team who is trending upward with playoffs coming quick.

Neither team left Judy McCormick Taylor Field victorious on Monday as the Hornets and Bulldogs played to a 1-1 draw, though BBA has to feel good about the outcome after being significantly outshot in the matchup.

Essex totaled 25 chances, many off the foot of either Sarah Hall or Carlota Jensen who pushed the pace for the visiting Hornets. Essex nearly tripled BBA (nine) in shots throughout the 100 minutes of play.

Essex controlled the ball on the BBA side for a large portion of the first half. In fact, the Bulldogs didn’t register their first shot of the contest until 7:24 left in the opening half. BBA didn’t waste its opportunity, as Brooke Weber continued her strong play, putting the ball into the back of the net on a nice set up from Daisy O’Keefe and Rowan Russell.

The Bulldogs, despite being outshot 6-1 at that point, held a 1-0 advantage.

Hall changed that pretty quickly. The Essex freshman was pressured by Antonia Levitas with four minutes remaining in the first half. The BBA defender stayed with her matchup and halted the initial scoring threat, though Hall stuck with the play and bent a kick into the top corner of the BBA goal for the equalizer.

Levitas’ play was a big reason BBA was able to hold Essex to just the one score. The junior served as the last line of defense on multiple occasions, breaking up plays and flipping possessions before Essex could continue to fire on BBA keeper Abby Kopeck.

Kopeck was solid for the Bulldogs. She looks more comfortable protecting the net and BBA has started to play the ball back to her. Kopeck finished the game with 12 saves, including four in the overtime periods as Essex continued to pressure the net.

BBA brought the heat in the final minute of the second overtime period. Two of the team’s nine shots came as the clock neared zeros. Essex keeper Kelsie Scanlon made a save with 50 seconds to play. BBA regained possession on the goal kick, and had one final shot to steal a win. An Essex foul with 16 seconds left awarded O’Keefe a direct kick. The senior midfielder hit it hard and with some curve, but Scanlon moved slightly to her left and corralled the scoring opportunity.

The Bulldogs entered Monday’s match winners of three straight. BBA has improved its record from 3-4-1 to 6-4-2 over the past 10 days. The late season push is exactly what the Manchester squad needed.

Next up is BBA’s senior night at Applejack Stadium on Thursday versus Rutland. That game is scheduled to begin at 6 p.m.